Okay, so technically the Bentley Bentayga Milliner Tourbillon isn’t a watch, it’s technically a clock. But forget the semantics for a moment, because this clock/watch is simply fascinating, and maybe not in a good way. So many luxury automakers have outsourced clocks and gauges to premier outside companies, it’s been done for decades now. Currently, Mercedes-Benz uses the Swiss watchmakers, IWC, to make the clocks in its S63 AMG and Breitling has been making the clocks in Bentleys for some time now. Well, because the Bentayga is no ordinary Bentley, this new Breitling clock is no ordinary clock. Hell, it’s not even ordinary by Breitling’s standards.

The optional Milliner Tourbillon by Breitling clock for the Bentley Bentayga is milled out of a solid billet of gold, either rose or white depending on customer’s preference. The watch’s face is either mother-of-pearl or black ebony, also depending on customer choice. The heart of this clock is the one-minute flying tourbillon that sits in a titanium cage which beats at 28,800 vph. Oh, and the number indicators are diamonds. Even the mood lighting inside the Bentayga illuminates the clock so  it’s beauty can be seen at night.

Now, normally, a mechanical watch movement must be wound, either by hand or by a self-winding rotor which requires movement. Well, it’s kind of hard to spin the clock around while inside the Bentley and it’s not like you can just take it out and wind it every day, nor would you want to. So Bentley has developed a clever winding mechanism behind the dash, using an electric motor, to wind the watch. It’s actually very interesting. 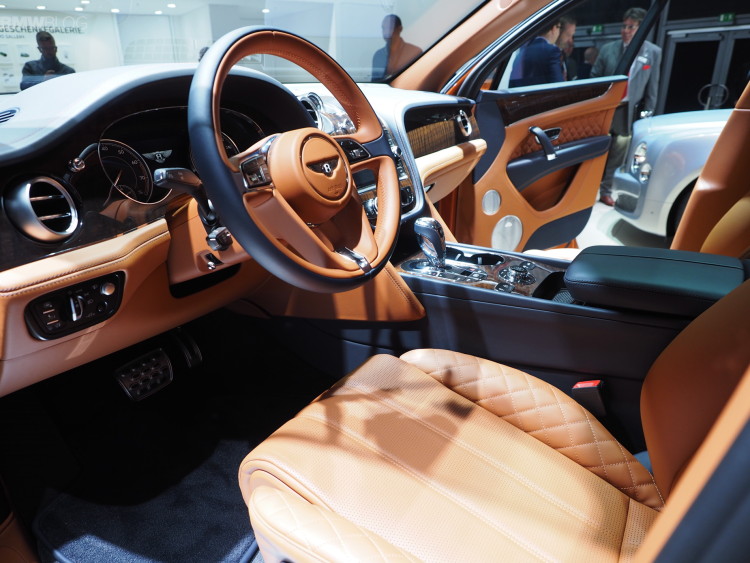 The cost for this luxurious clock? $170,000. That’s right, for the price of an Aston Martin DB9, you can have a small clock. Admittedly, it’s a beautiful clock made by one of the best watchmakers in the world, but for $170,000? No, thanks. The Bentayga already costs $229,000 to start, so maybe the customers buying such an absurdly excessive SUV can afford such a clock. But that is an incredible amount of money for a clock. I love watches as much as the next guy and have always felt that, no matter how overindulgent, people can choose to spend their money on whatever they like without my judgement. But that is still a staggering amount of money for a tiny dashboard clock. If I were buying a Bentayga, I’d skip the Breitling Milliner Tourbillon and buy an Aston Martin, too.