It’s a bit too early for a refresh of the BMW M2. While the 2 Series upon which it’s based should be getting one soon, the M2 is only a year old so it won’t be receiving an update for some time. So what could BMW possibly be testing that it needs to wear camouflage and fake air intake slates?

There’s a good possibility that this could be the upcoming BMW M2 CS, the more hardcore variant of everyone’s favorite new BMW. The reason we think it’s going to be something like a BMW M2 CS, and not a refresh or update, is because of the fake air vents in the front bumper. Those air intakes are clearly just false body cladding to disguise whatever actually lies underneath. And if it was just an update, why would BMW need to completely cover the front air intakes? 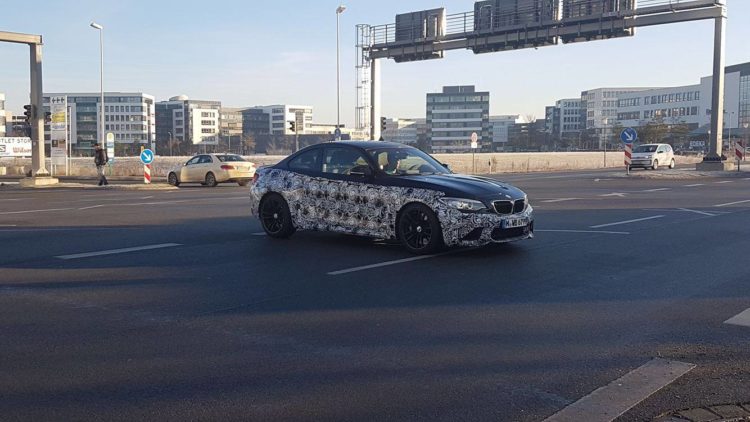 Our guess is that the front apron is significantly changed underneath, for better aerodynamics and maybe even increased air flow — such as the extra circular air intake on the E46 M3 CSL. There’s also some camo on the taillights but the overall shape seems to remain the same. Maybe they could becoming OLED, like the M4 GTS?

We don’t own the spy photos, but you can see them at Autoblog. Check them out and let us know what you think it is.