2018 BMW M4 Facelift spotted, to be unveiled in March

Home » 2018 BMW M4 Facelift spotted, to be unveiled in March 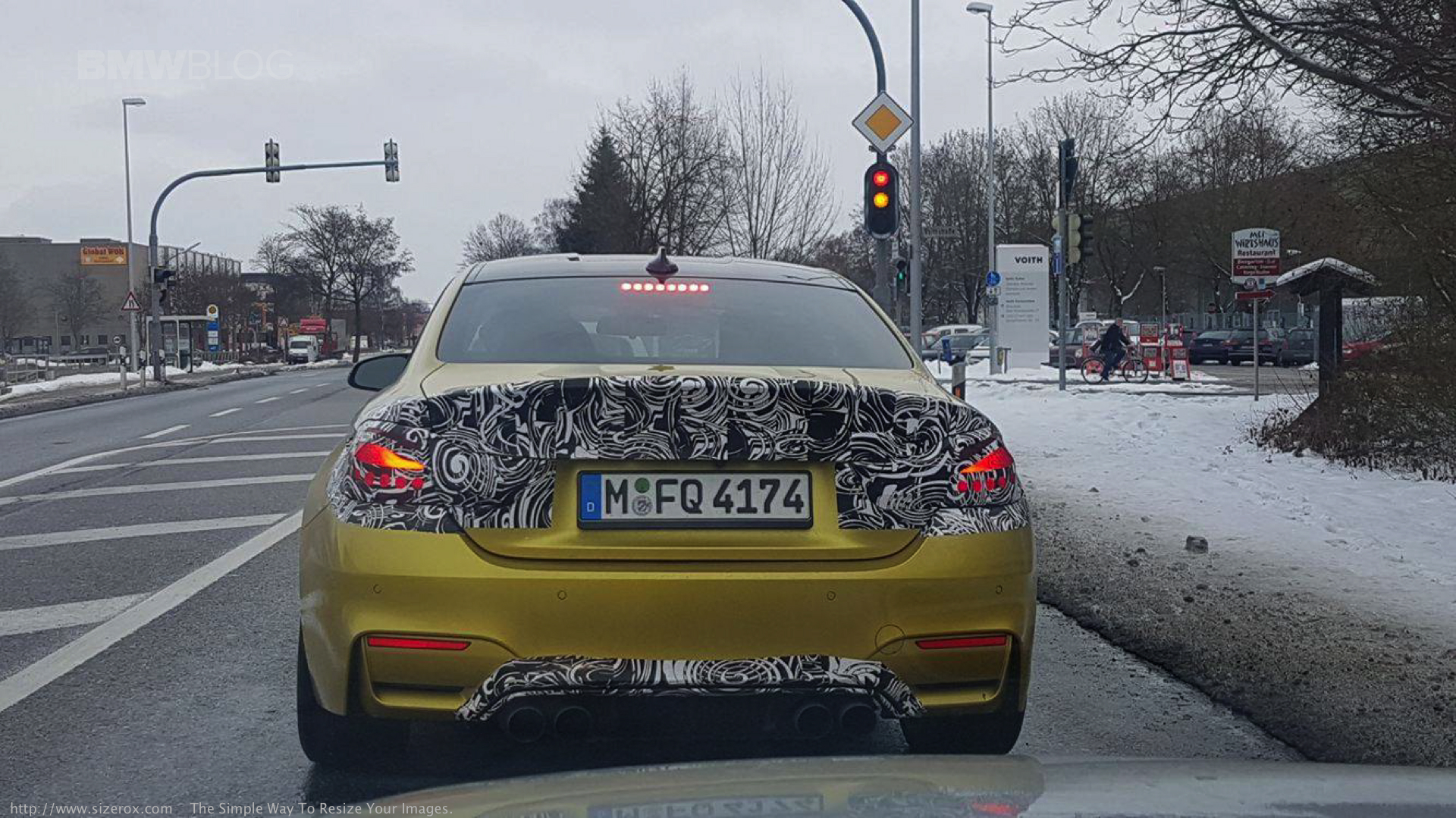 Our reader and long-time contributor Todor Todorov has just spotted a 2018 BMW M4 Facelift prototype in Germany. Featuring the Austin Yellow color, the test mule continues to cover its front fascia and rear-end with a light camouflage, keeping away the prying eyes of bystanders or spy photographers.

Recent spy photos have shown the facelifted M4 with a new set of headlights and taillights. At the rear, the test mule is wearing an M Performance spoiler tucked away under some camouflage. The camouflaged rear end also hides OLED taillights, but it remains unknown whether those will be offered standard on the M4 LCI or saved for more special editions. 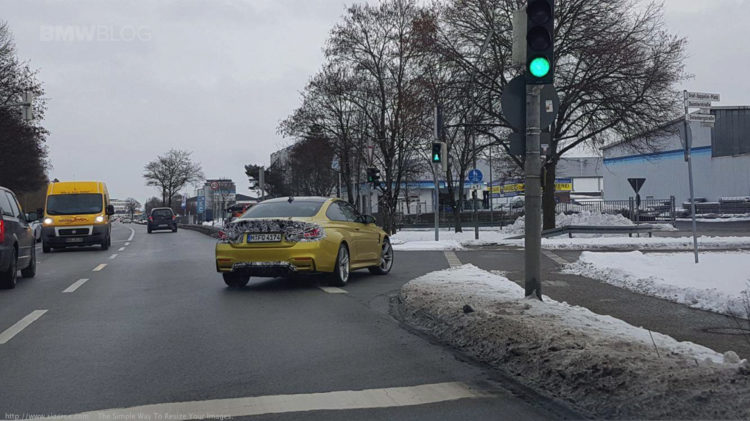 Under the hood, the M4 will continue to use the same S55 3.0 liter six-cylinder engine, but the rumormill churns out that instead of the 425 hp (431 PS in Europe), the facelifted M4 will now produce 450 horsepower, essentially the same power output as the M4 with the optional Competition Package. 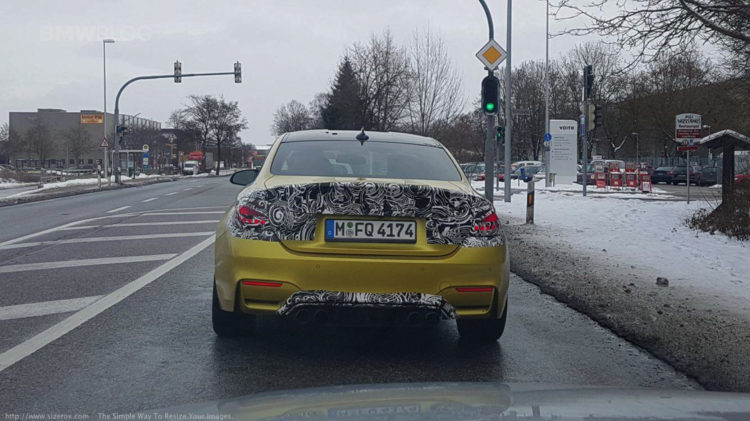 Historically BMW M has used March and the Geneva Motor Show for its unveils, and according to our sources, 2017 will make no exception. If that’s the case, we expect to see the first official photos sometimes next month, followed by the unveil in Geneva. 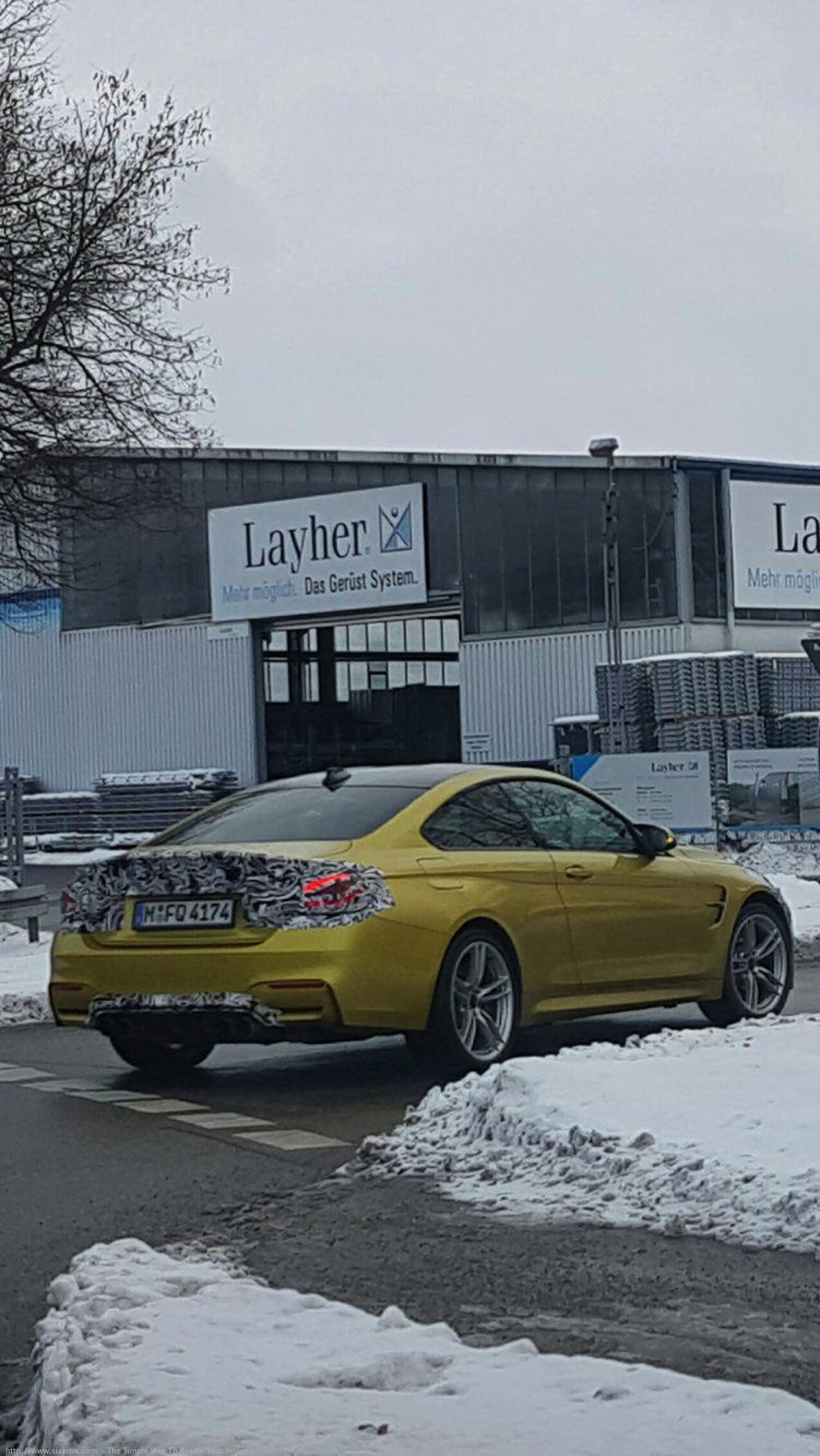 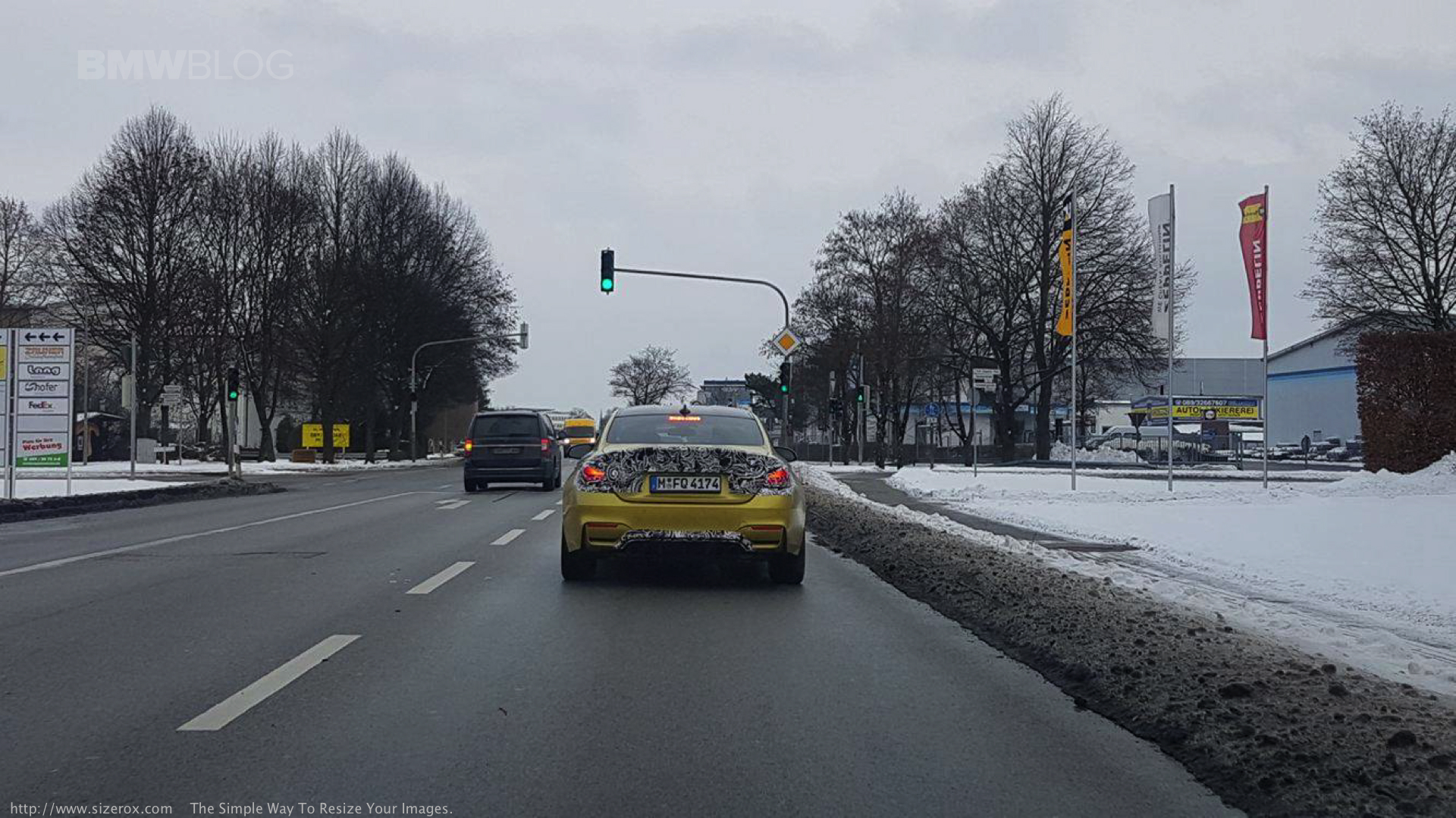 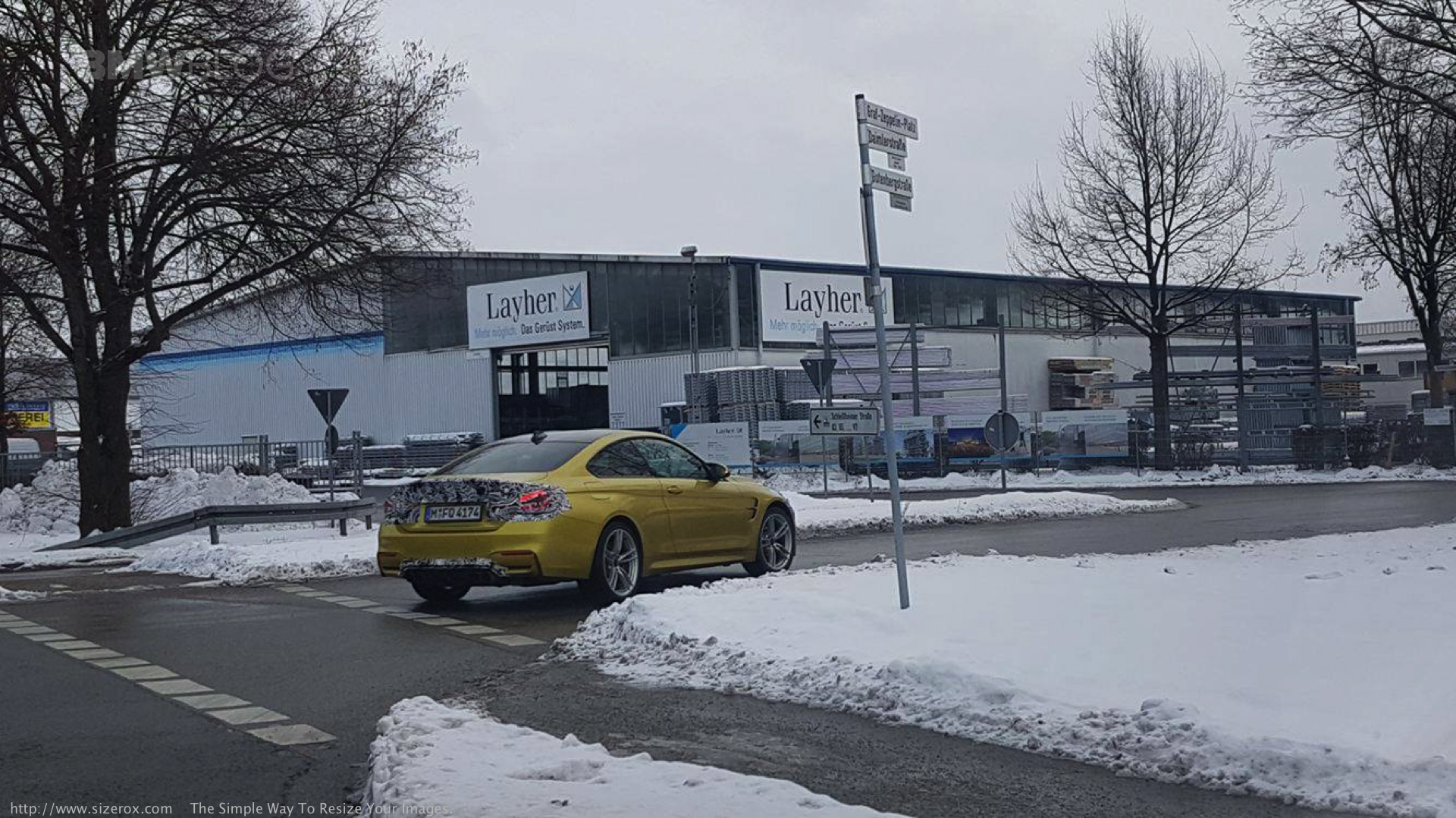 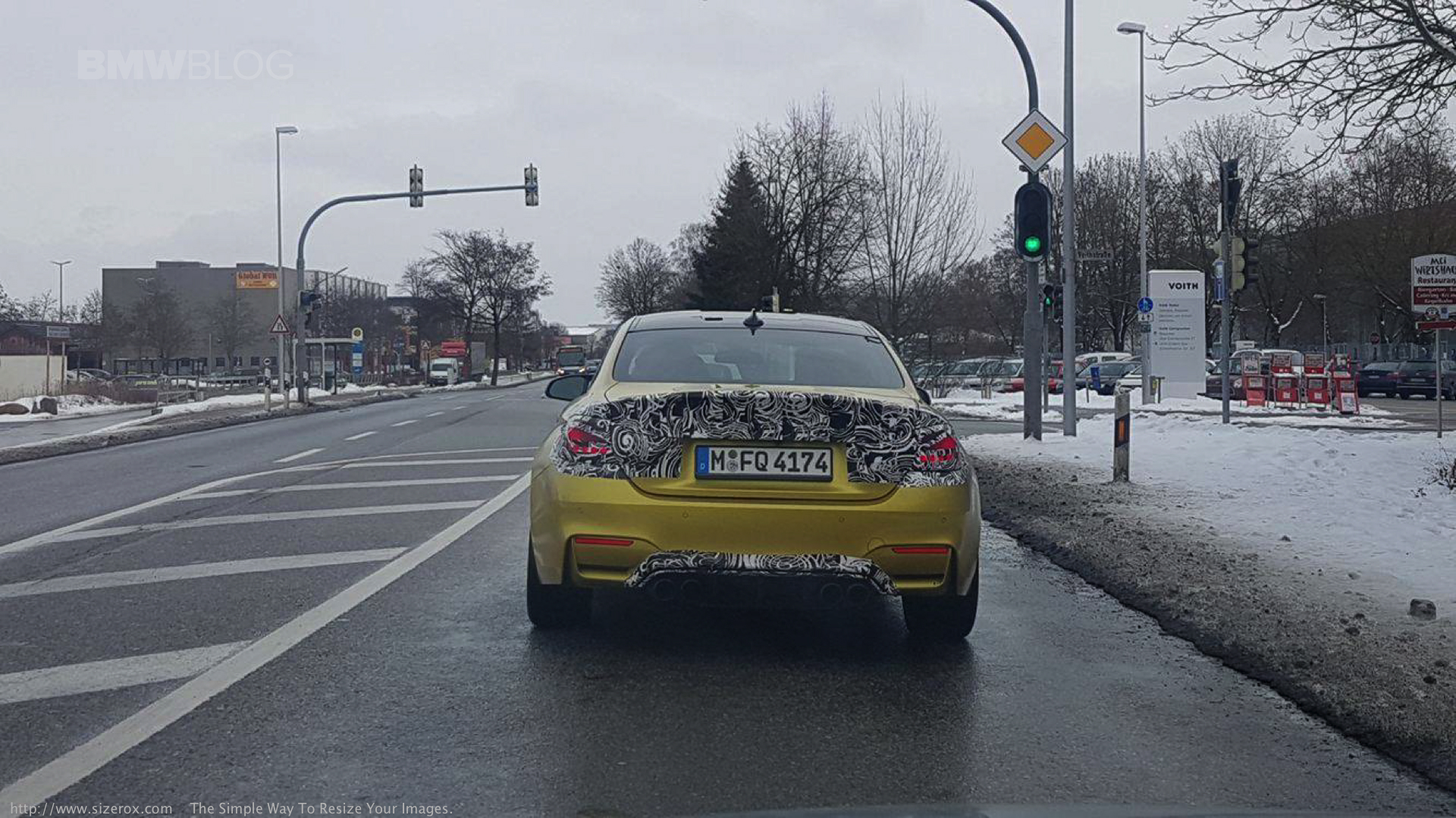 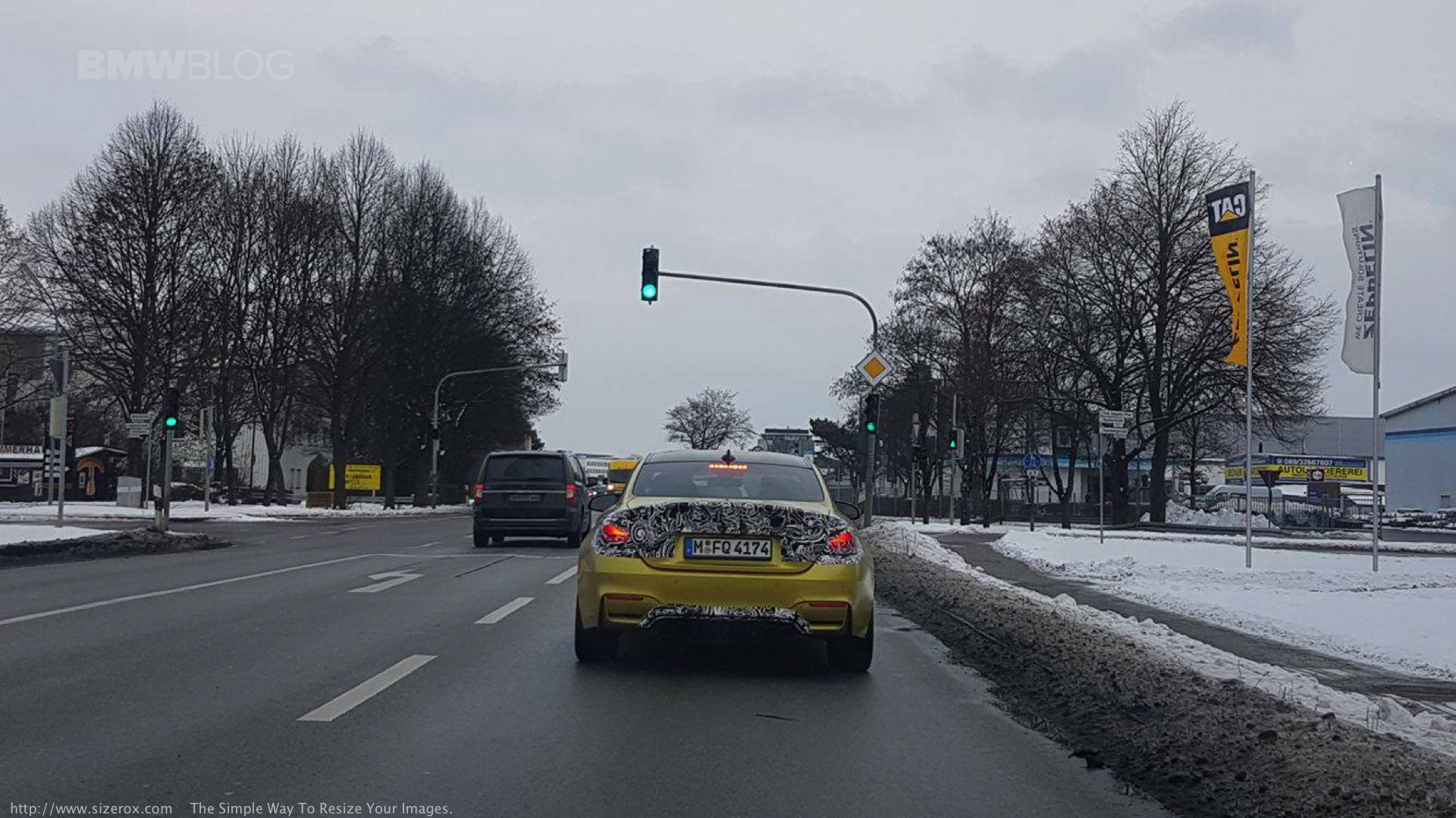 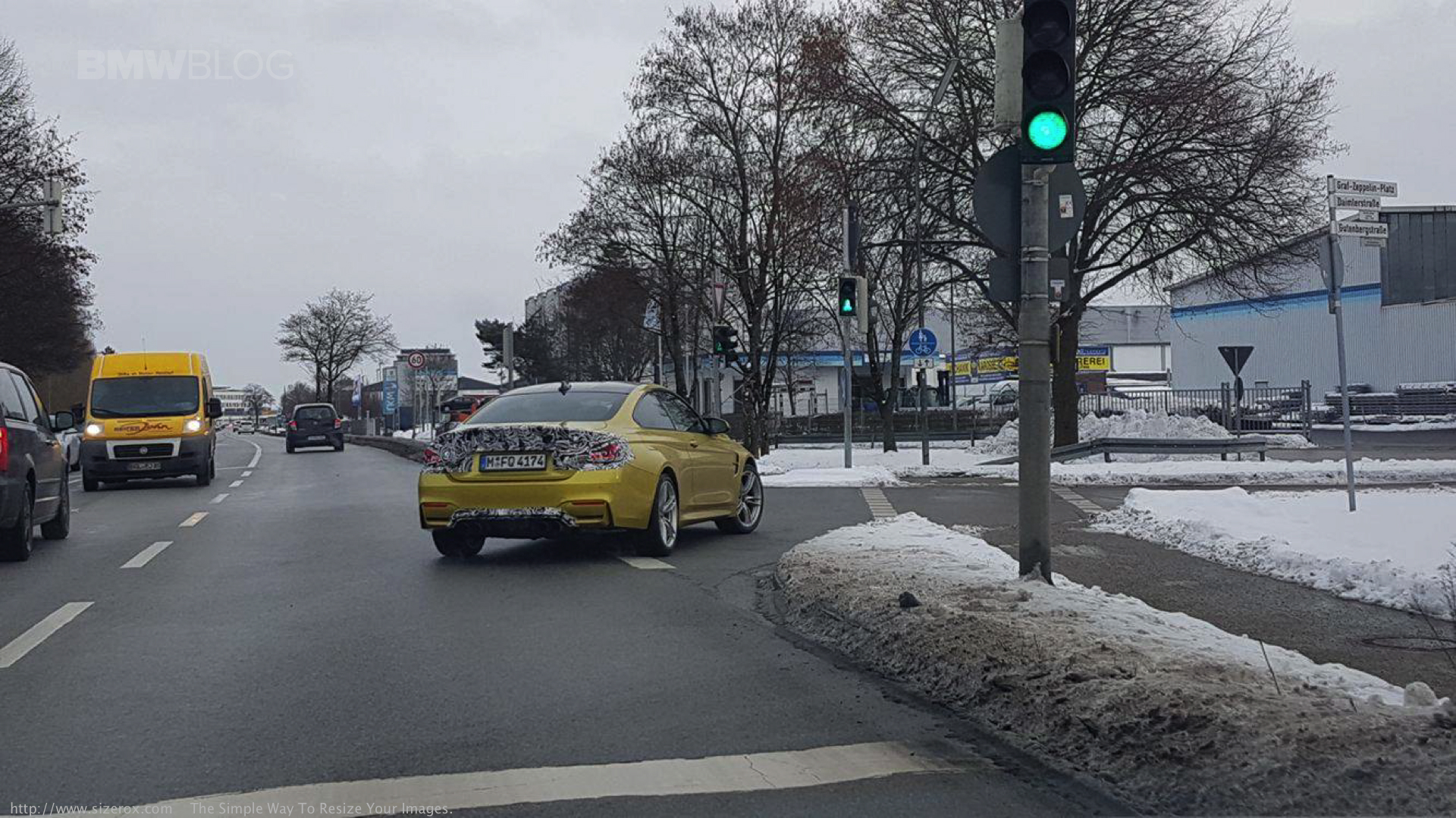 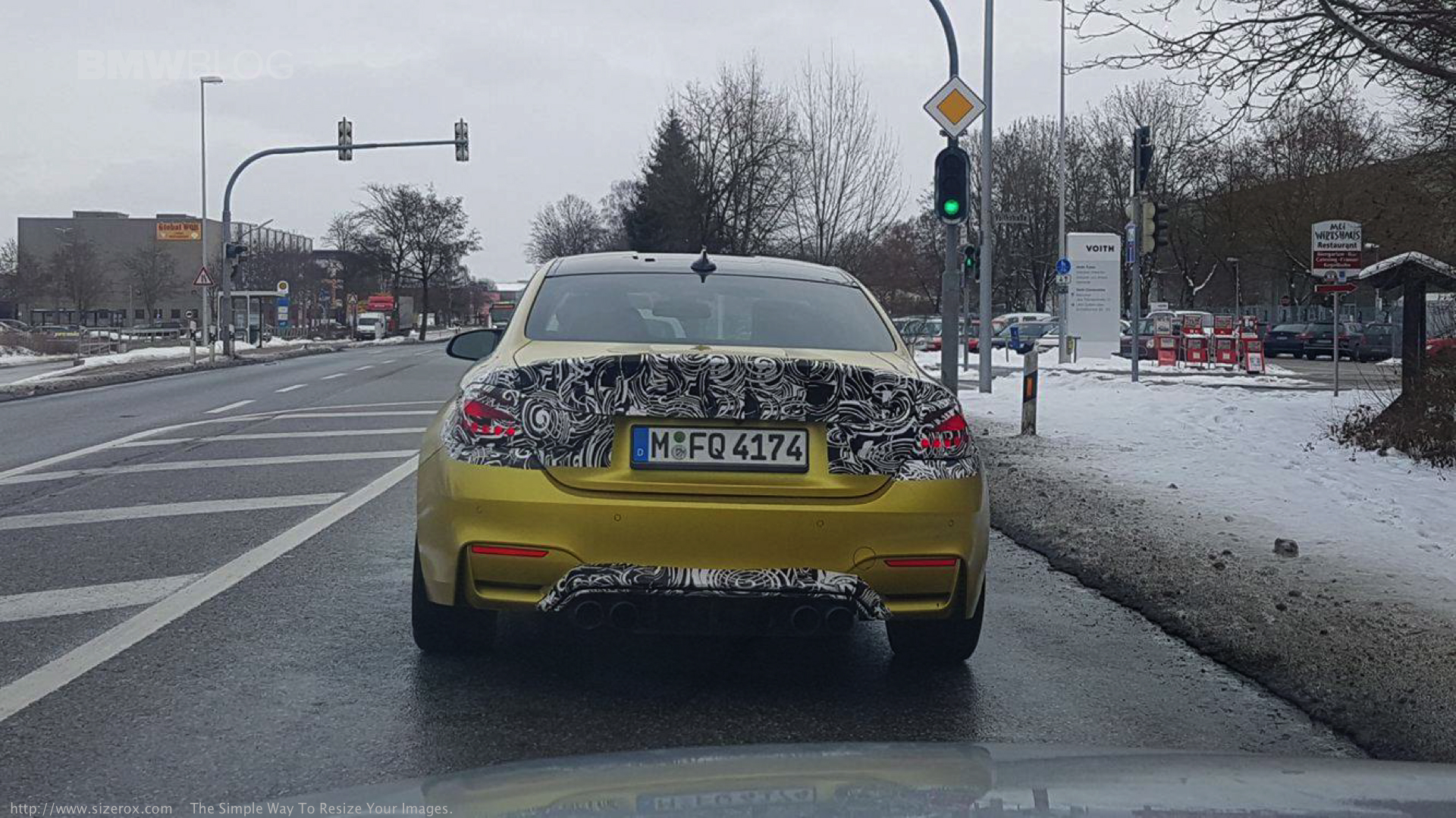