VIDEO: BMW 507 to be featured in Comedians in Cars Getting Coffee

Home » VIDEO: BMW 507 to be featured in Comedians in Cars Getting Coffee

Do you love cars? Do you also love comedians? Then you’d love Jerry Seinfeld’s show, Comedians in Cars Getting Coffee. Never has there been a show, online or otherwise, whose name says so exactly what the show is about. The show, while seemingly useless and about nothing, is coming up on its 9th season and I can’t wait. As a big fan of Seinfeld himself and a big fan of cars (obviously), the show is gold. And in this next season, there’s an episode that features one of our favorite BMWs of all time — the BMW 507.

The BMW 507 featured in the show seems to be the same white one that BMW has in its classic center that it shows off every once in a while. It’s a stunningly beautiful car and we can’t wait to see it in action. The guest star “Comedian” in this episode is Christoph Waltz (Inglourious Bastards, Spectre). While Waltz isn’t a comedian, exactly, and doesn’t really do comedies often, he can be incredibly funny at the roles he plays. Even his role as a ruthless Nazi in Inglourious Bastards had hints of genuine humor (though he was downright menacing in Spectre). 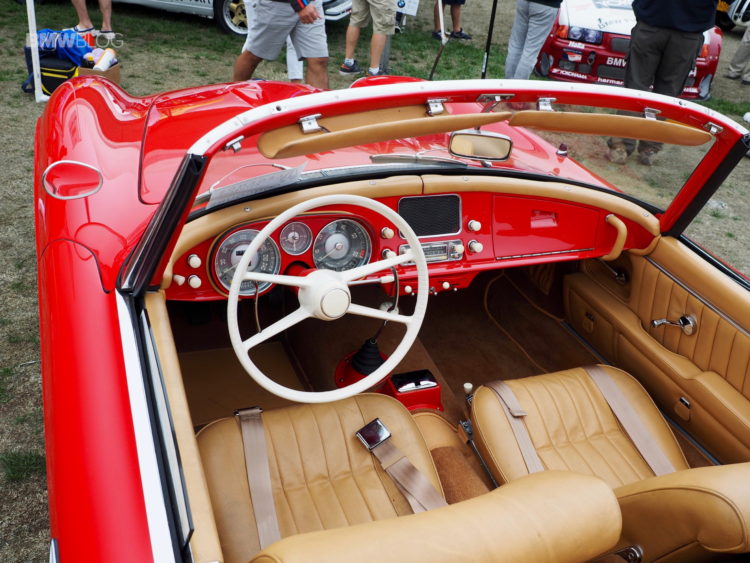 Plus, he’s Austrian and a naturally funny guy, so he’ll fit in this car well. It should be a pretty funny episode and we’re excited to see both the car being driven by Seinfeld as well as the funny banter that goes on between the two of them. I’m also excited to see what Seinfeld says about the car, as he’s a die-hard Porsche fan and doesn’t really feature a lot of BMWs on his show. So we’re curious to see how he feels about it. Check out the latest trailer for Season 9, which premieres January 5.

5 responses to “VIDEO: BMW 507 to be featured in Comedians in Cars Getting Coffee”