The BMW i8 is, at the very least, a polarizing model. While some discredited what it stands for and deemed it a failed experiment from the Bavarian company, others embraced it and understood what was at stake during its development. As time goes by, the i8 is no longer a novelty for many people. BMW decided to spruce things up but not in the way you’d expect them to.

The i8 is still quite far off from receiving a facelift or a completely new version. The first real update it is likely to receive will be in 2018 when the i8 Spyder will be released. Until then we have to make due with a couple of limited-edition models. The first one was the i8 Protonic Red Edition.

Launched at the beginning of 2016, the Protonic Red model brings forward a couple of visual changes compared to the standard version. As the name suggests, the exterior is now painted Protonic Red, a welcome change from the standard four colors you can have as part of BMW’s standard palette for the i8 . That’s not all, as the review posted below points out. 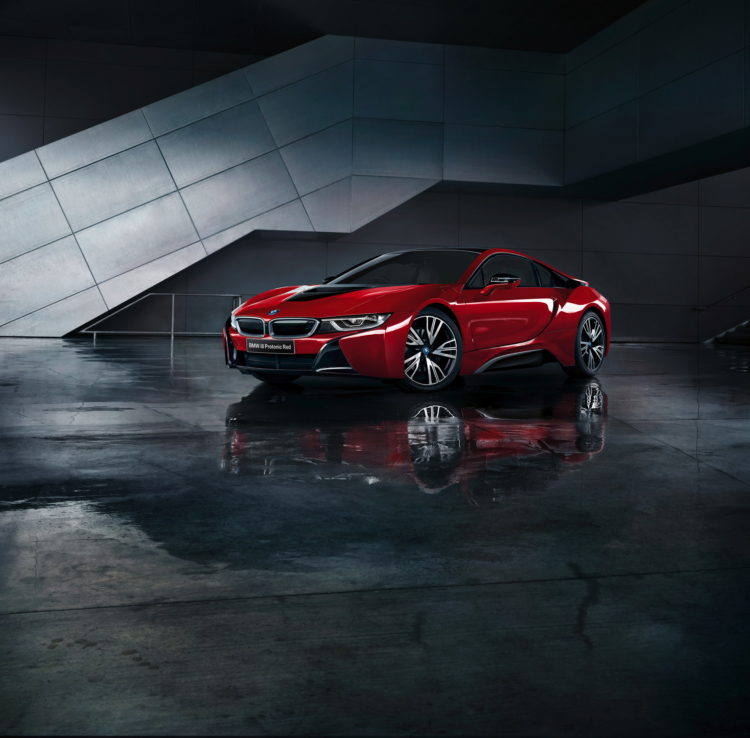 Other small but meaningful details have been thrown here and there. They include frozen grey accents everywhere possible. The i blue color usually applied to the kidney grilles and rear bumper accents has been replaced with frozen grey. Inside the cabin, you’ll find the seat belts have changed color and Protonic Red trims adorn the dash and door panels.

New W-spoke 470 light-allow wheels painted in Orbit Grey Metallic with hubs painted in Aluminum Matte complete the exterior package. The wheels help to prove this is an original model and not the result of a wrap job. There are other small details thrown here and there but we’ll let you discover them all in the review posted below.