Video: BMW E90 M3 Takes on Its Main Rivals on the Track in Japan

Home » Video: BMW E90 M3 Takes on Its Main Rivals on the Track in Japan

The one thing people miss most about the old BMW E90 M3 is its V8 engine. That mill was derived from the S85 V10 5-liter unit developed, in turn, using Formula 1 engine from back when the Germans used to dwell in such high-octane sports. The S65 4-liter V8 wrote history and it did so while facing some serious competition, nonetheless.

The video below comes from Japan, where the show Best Motoring used to take to the track to see which car was best out of of variety of competitors. However, unlike modern shows, they did so using a couple of racing drivers and pitting them against each other on the track. Yes, no political correctness here, using the same driver and the same tires, and so on. And everyone had to fend for themselves delivering brilliant pieces of footage. 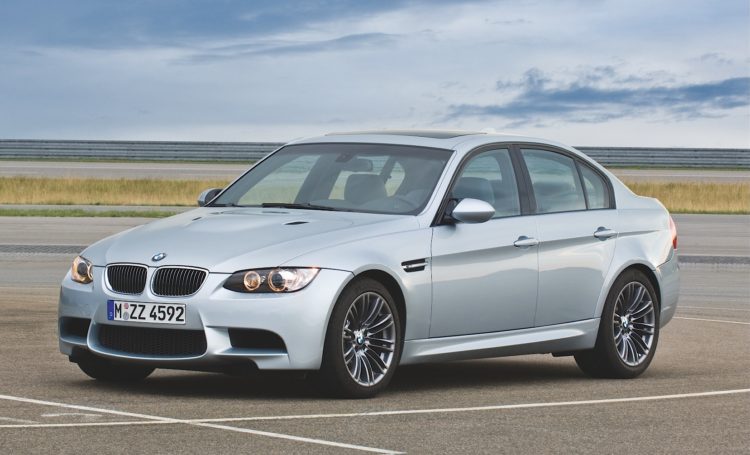 In the video below, the BMW E90 M3 goes up against its arch rival from Mercedes, the C63 AMG along with the Lexus IS-F and the Infiniti G37 Sedan. Unfortunately for the Infiniti, it’s the only one here that doesn’t use a V8 and that clearly shows as the race goes on.

On the other hand, the show put on by the other three cars is quite spectacular and, in the end, the best car wins it altogether. The C63 with its 6.2-liter V8 is obviously the fastest one here in a straight line, its 457 HP and 600 Nm (443 lb-ft) of torque trampling over the specs of both the M3 and the Lexus. However, on a track as technical as this, that’s not all that matter and picking your fights carefully might just make the difference. Check it out!