Now that the cold season is rapidly approaching in certain parts of the world drivers are facing the age old issue of switching to winter tires. While some consider an all-wheel drive system to be enough to keep them safe, in other parts of the world, the law requires using winter tires during the colder times of the year.

The debate on whether it’s better to have AWD or proper tires is redundant at the moment. The advantages brought on by using adequate rubber when it’s cold out are far more complex than just being reduced to whether or not you’ll get stuck in snow. The material used to make winter tires is softer and can withstand lower temperatures without hardening, not to mention the special grooves that allow them to channel water outwards more efficiently. 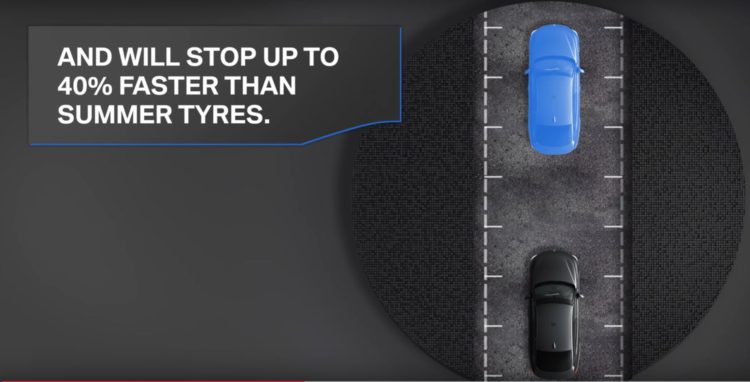 In case that’s not a good enough point, winter tires are also considerably better at braking, reducing distances by up to 50%. That’s the biggest argument to switch to winter tires as nobody should take the safety of the people on board their car less than absolutely seriously. In real life, winter tires make such a big difference that various experiments showed that even rear-wheel drive cars fitted with such rubber are better in every aspect than all-wheel drive cars that wearing improper tires.

And no, all-season tires are not just as good. People have been saying this for quite a long time now but the truth of the matter is, while all-season do help out in snowy and icy conditions, they don’t offer the same performance as proper winter tires do. As for the BMW tires mentioned in the video below, fear not, BMW didn’t open its own factory overnight, they are simply selling various packages made up of wheels and tires from a variety of manufacturers.