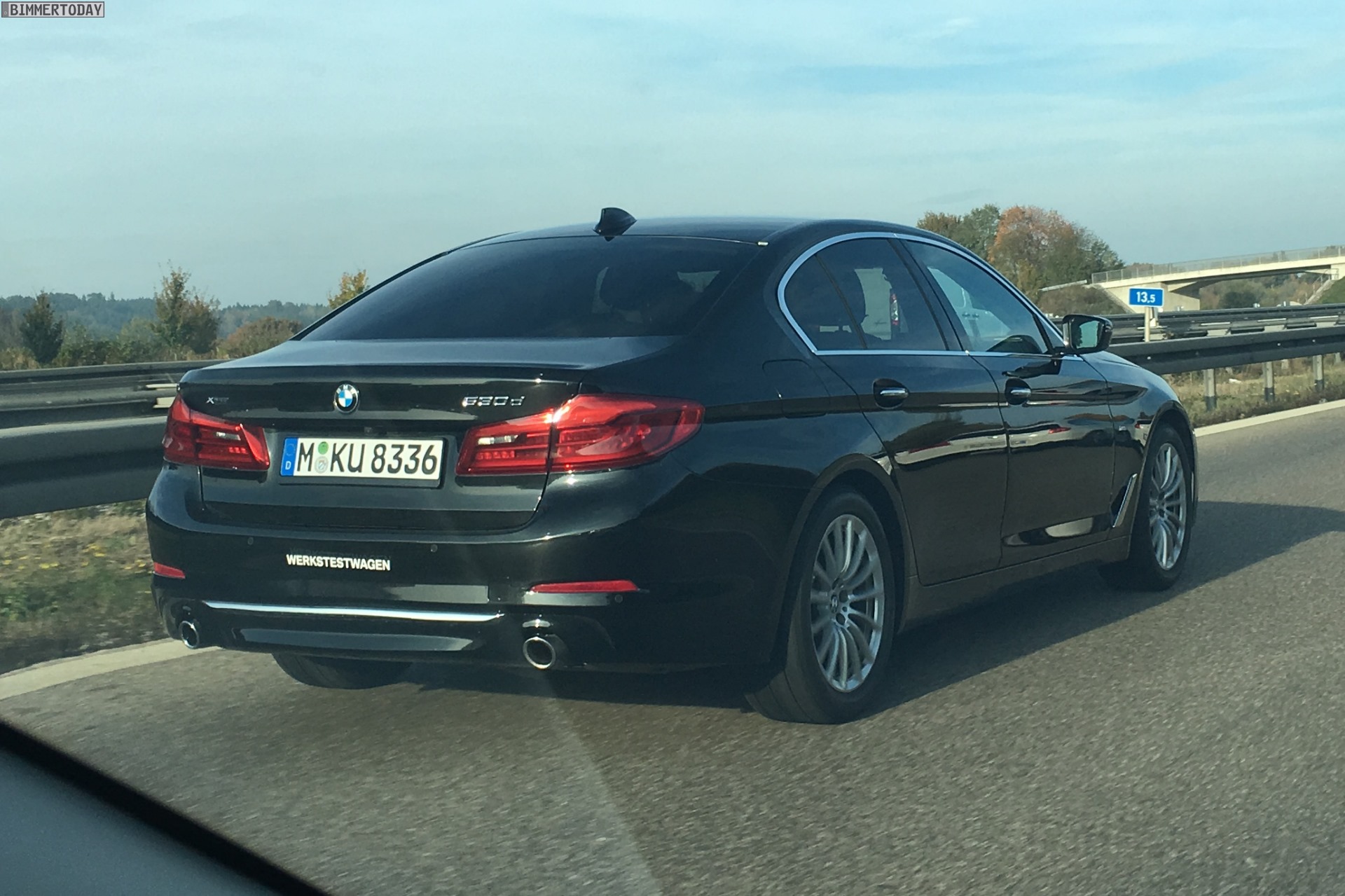 Various prototypes and pre-production vehicles of the new 5 Series continue to be seen on the road carrying out last-day tests under realistic conditions. Our sister magazine Bimmertoday spotted yet another G30 5er, only this time on the Autobahn. The photographs show the upper-class sedan in the 530d guise in a completely everyday environment and give an impression of how the new 5 Series will fit into the road picture from February 2017 onwards.

The factory test car wears the Luxury Line package, just like the other 5 Series model we spotted last week. The Luxury Line offers chrome exterior accents, such as the Air Breather vent, specific 18″ or 19″ wheels, interior leather with contrast stitching and a Sensatec-covered instrument panel. 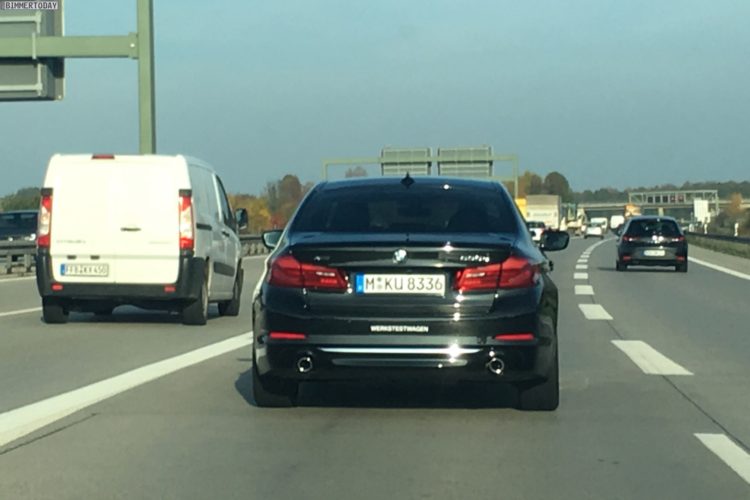 Compared to its predecessor, the BMW G30 530d xDrive has become lighter by 95 kilograms, thus demonstrating the strength of the lightweight range of the new 5 Series. Its 265 horsepower from a straight-six-cylinder diesel offers a maximum torque of 620 Newton meters between 2,000 and 2,500 rpm accelerating the upper-class sedan to 100 km/h in 5.4 seconds. 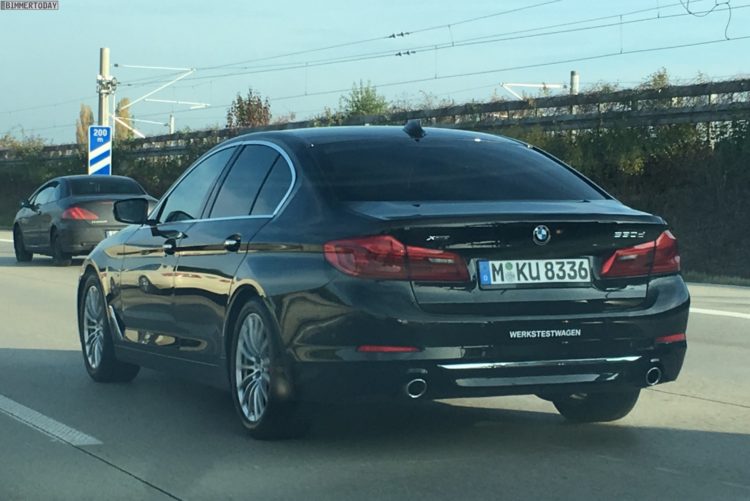 The further 55 kilogram lighter 530d sedan with rear wheel drive requires three tenths of a second for the same exercise, but benefits from its overall low-friction drivetrain when consuming. The EU consumption of the G30 530d is between 4.5 and 4.9 liters per 100 kilometers, depending on the tire size. The all-wheel drive variant 530d xDrive comes at 5.0 to 5.4 liters. Both models are electronically braked at 250 km/h. 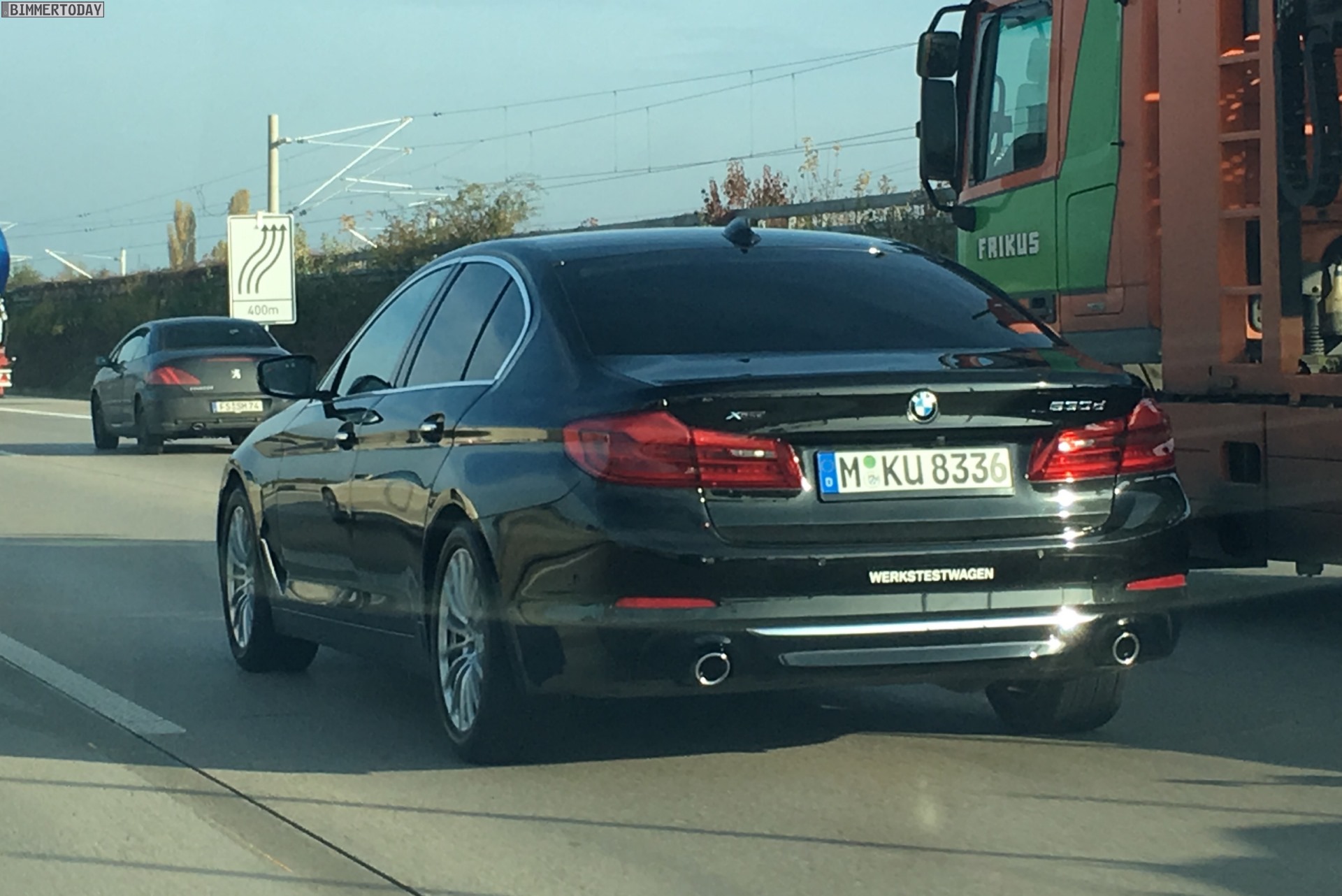 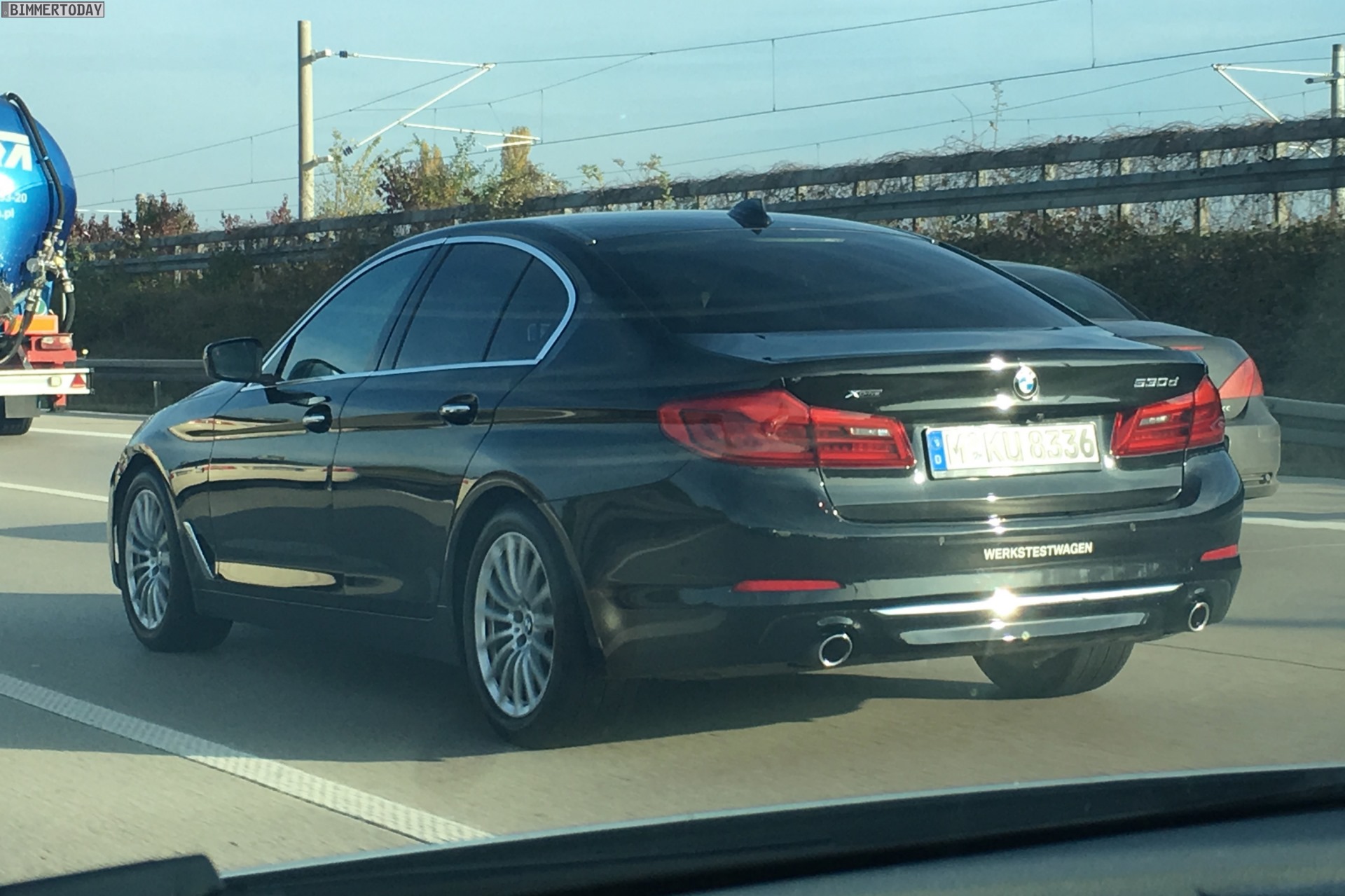 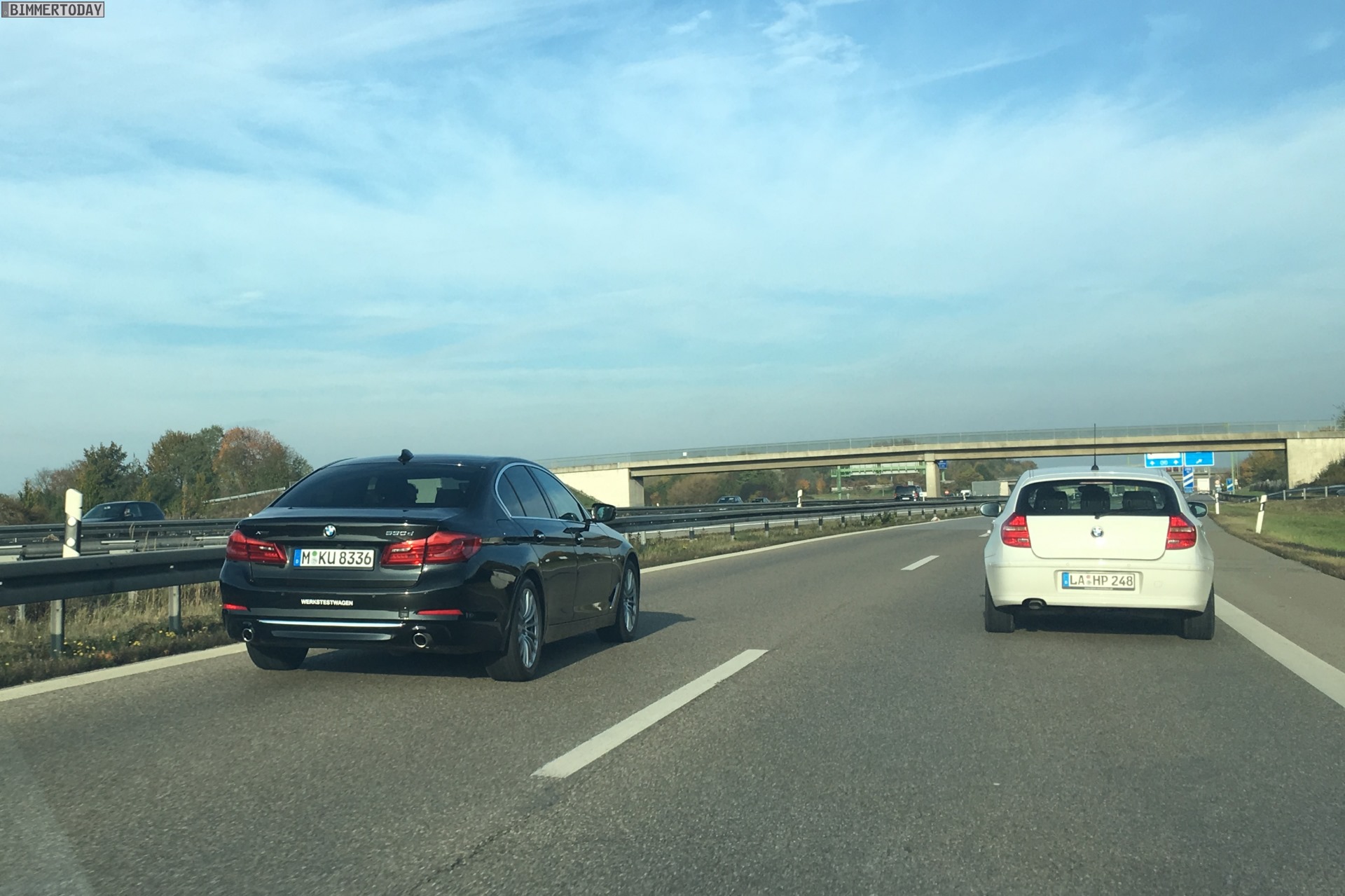 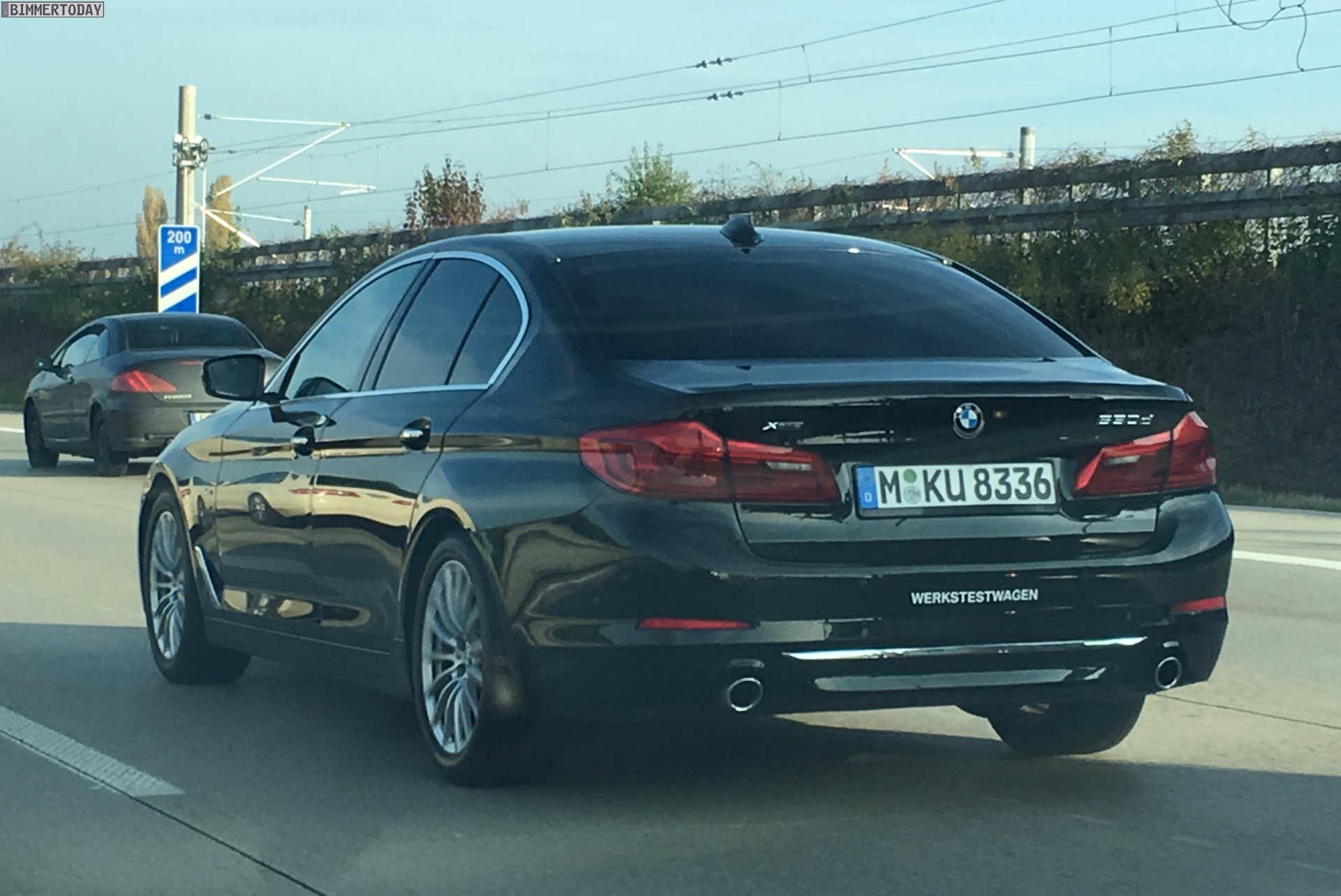 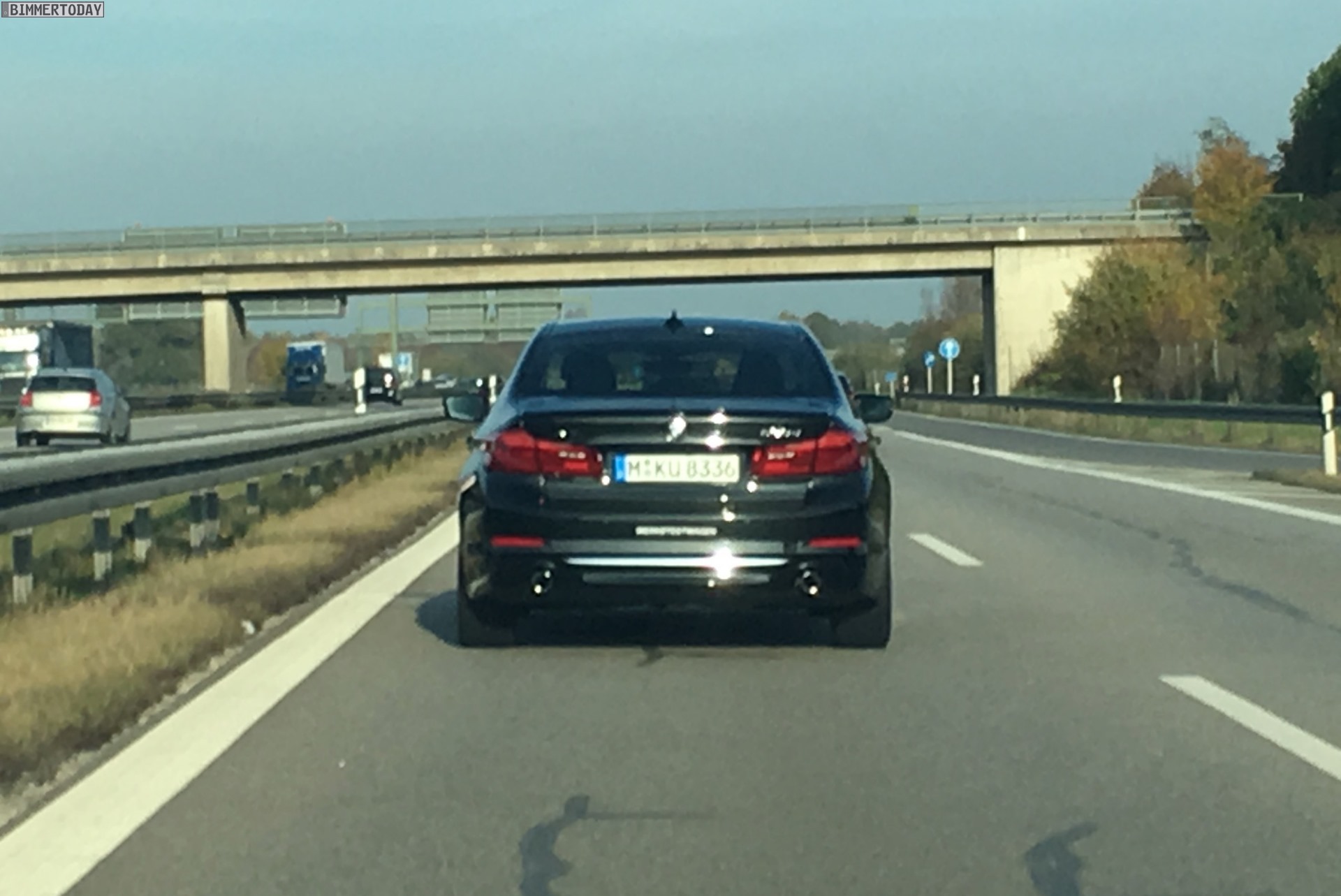 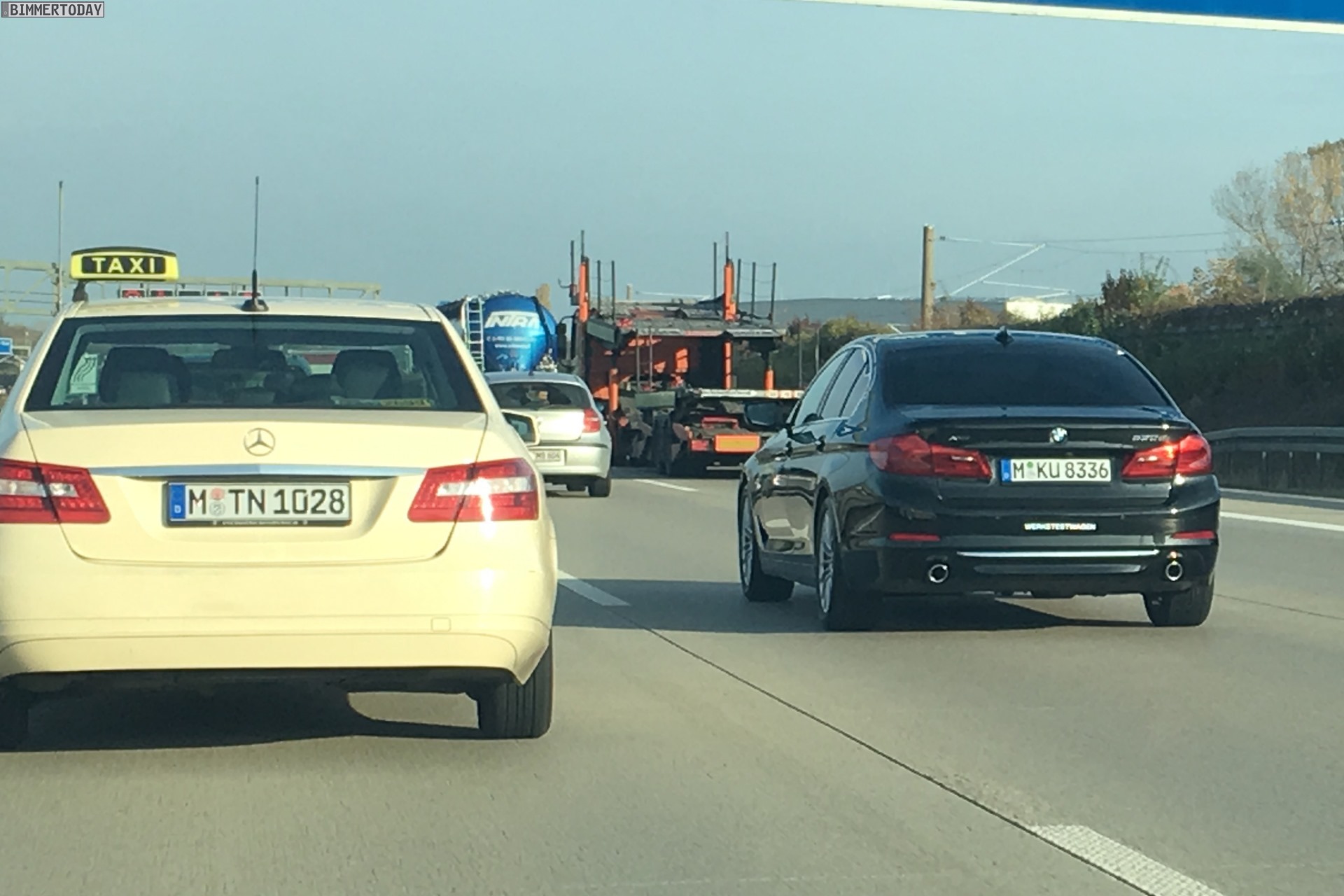 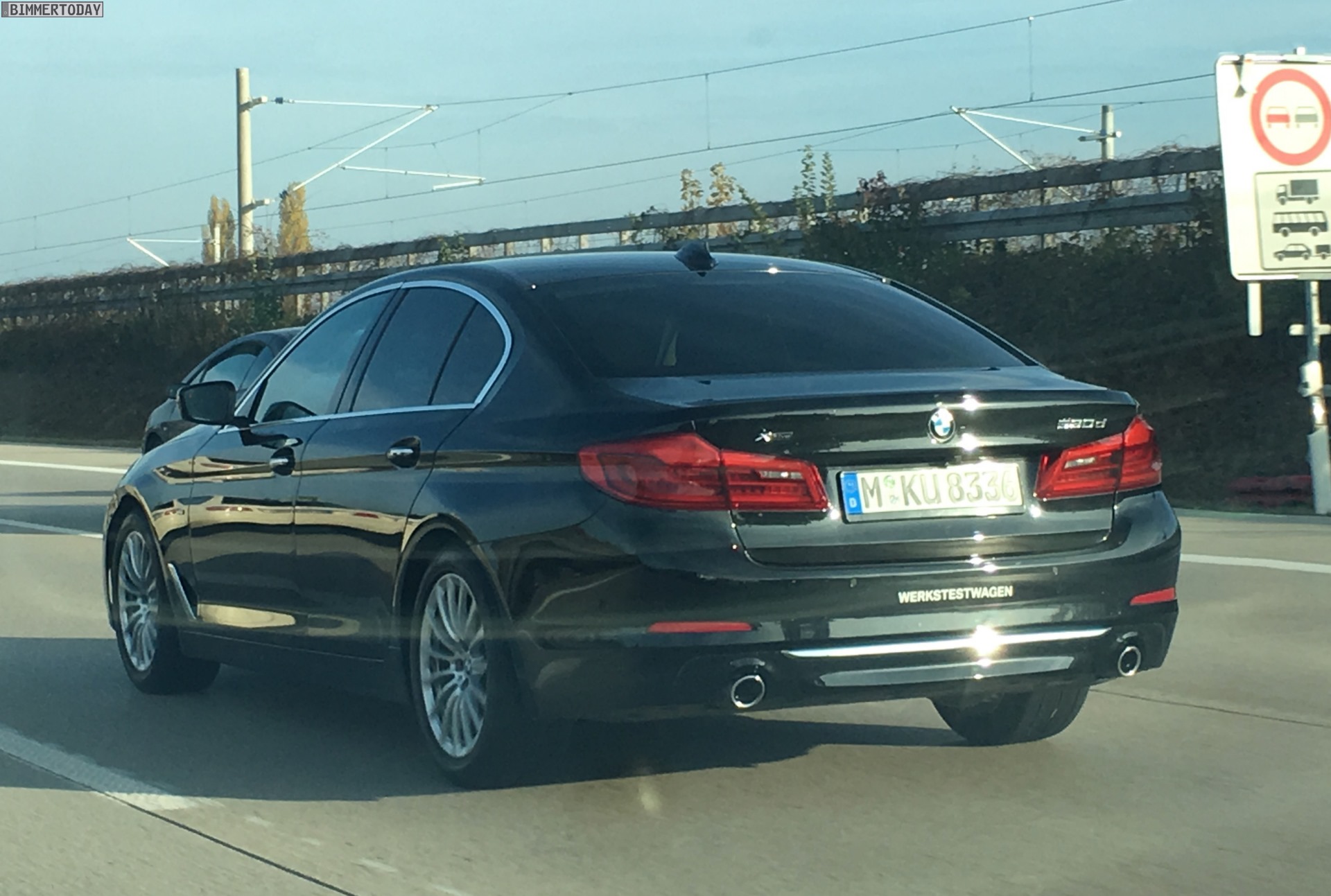