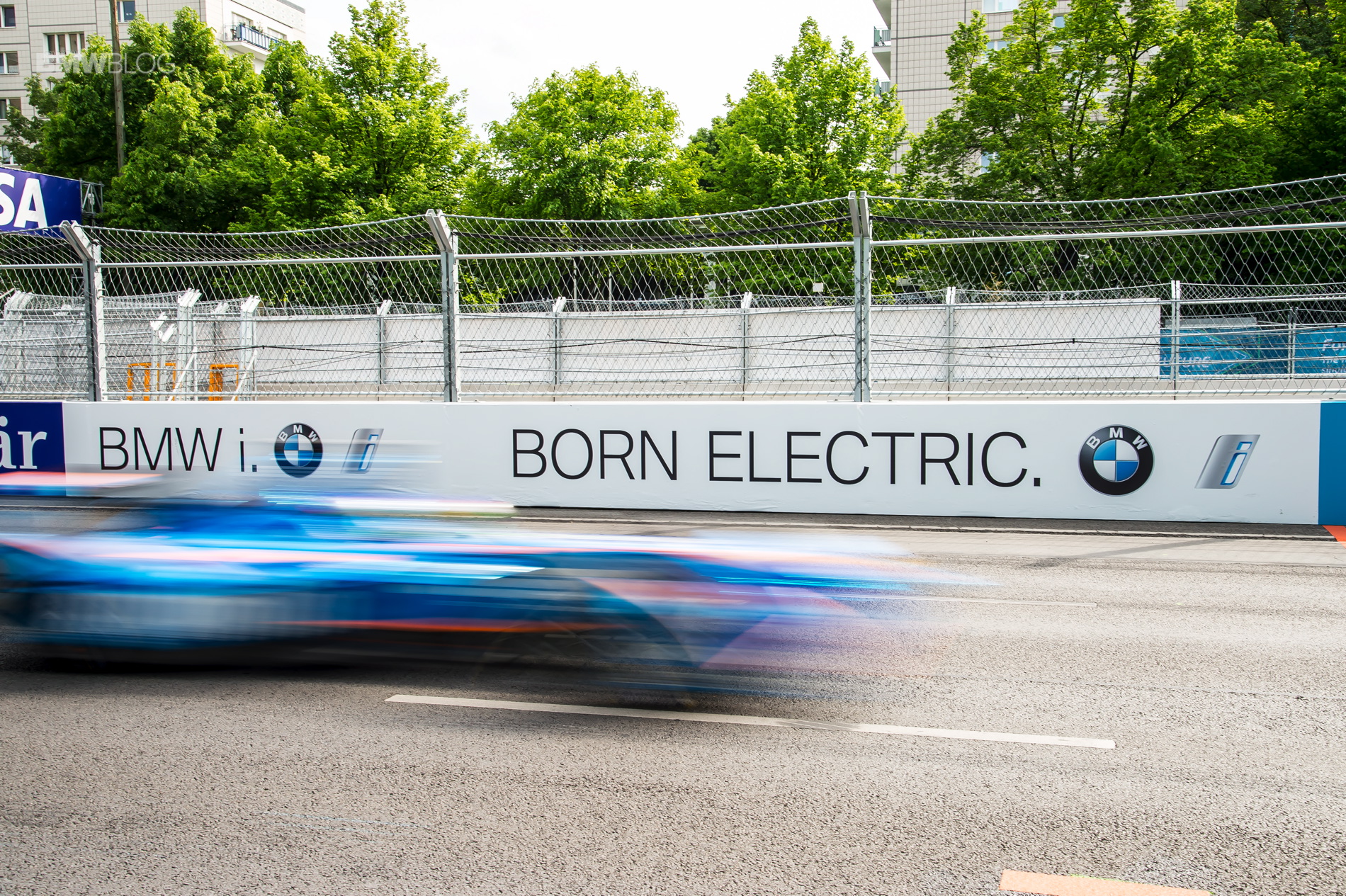 BMW has decided to strategically realign its automobile racing activities. This realignment, which comes seven years after the withdrawal from Formula One and four years after returning to the DTM, allows BMW to stay relevant in the ever-changing world of motorsport, while catering to different target groups around the world. According to the company, the strong pillars of the program for the coming years will be the DTM, the FIA World Endurance Championship (WEC), the IMSA WeatherTech SportsCar Championship (IWSC), the cooperation with Andretti Formula E in the FIA Formula E Championship, the customer racing program in the GT3 and GT4 categories, the promotion of talented young drivers, and the extremely challenging Dakar Rally.

The focus on production-based motor racing, which was decided upon in 2009, will be further intensified. The commitments in the DTM and the IMSA WeatherTech SportsCar Championship continue, and it is also planned to race in the WEC with a new GT car. The BMW M4 GT4 will join the range of models in the customer racing portfolio. 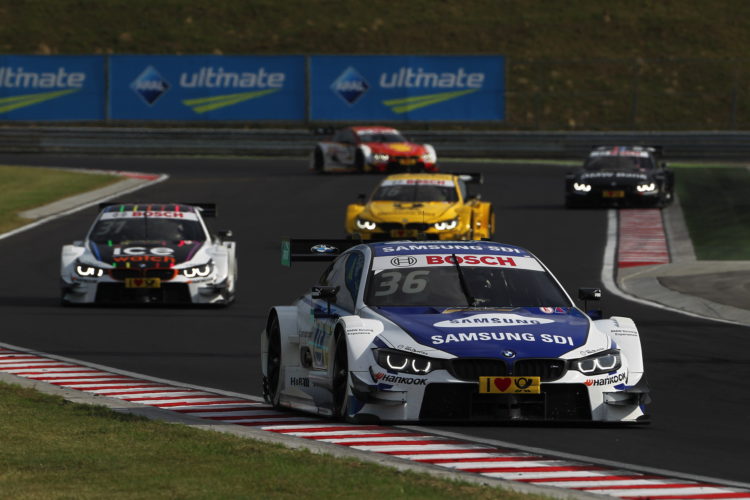 BMW will also work closely with US racing legend Michael Andretti’s (US) team in the FIA Formula E Championship. As cooperation partner of Andretti Formula E, BMW Motorsport will cooperate closely with the team, in order to familiarize itself with processes in this innovative series, and to check the possibility of a works involvement in the future. 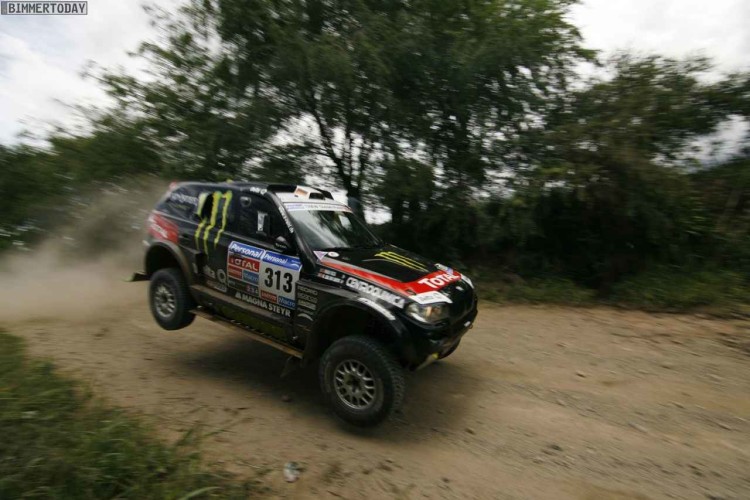 Klaus Fröhlich, Member of the Board of Management of BMW AG, Development, said: “The strategic realignment of the motorsport activities is a strong commitment to motorsport on the part of our company. It will remain a cornerstone within the BMW Group in the future. Everyone knows that BMW and motorsport are intrinsically linked. The commitments allow us to demonstrate our expertise in the areas of technology and integration on international platforms, including the world’s leading racing series for electric mobility and classic motorsport. Electric mobility will continue to grow in importance. In the last ten years, we have established a leading position in the automobile industry in this field with BMW i. Through our partnership with Andretti Formula E in the Formula E Championship, we will now additionally see a close interaction between motor racing and production development in our company, from which both departments will benefit. On the production-based racing scene, we will be represented with BMW M in the global WEC series in the future, as well as the DTM and the IWSC. Our commitments complement each other perfectly: we are going head to head with our most important global competitors, whether through our works commitments or customer racing. In short: The future strategy is excellently suited to the BMW Group. Bring on the future.”

BMW Motorsport Director Jens Marquardt also sees the bundling of all automobile racing activities as an extremely positive development, and said: “It is fantastic that the BMW Group will be even more broadly positioned and represented in all relevant areas in the future. We will continue to focus on Europe in the DTM, and are looking forward to continuing the extremely close competition with the other premium manufacturers over the coming years. Other relevant international platforms will also be incorporated in the new strategy: the commitment in Formula E sees us forge new paths and demonstrate our expertise in the field of electric mobility. Over the coming years, the cooperation with Andretti Formula E will primarily focus on familiarising ourselves with the procedures and processes, and on intensifying our knowledge. Our works driver António Félix da Costa will be in action behind the wheel. A works involvement is then conceivable as of the series’ fifth season. The premise for all these steps is the further positive development of the series, which includes increasing the capacity of the batteries, for example.”

Marquardt continued: “Starting with the 2018 season, we want to further expand our activities in GT racing and compete in the FIA World Endurance Championship, as well as the IMSA WeatherTech SportsCar Championship. This obviously also includes our return to Le Mans, which we are particularly looking forward to. The way the WEC has developed so well makes us confident that there is a big future for GT racing. This is also the motivation behind our further expansion in the customer racing sector. Our range is already spearheaded by a successful representative, in the form of the BMW M6 GT3. As of 2018, we will also be excellently represented by the BMW M4 GT4 in the GT4 class, which is currently experiencing something of a boom. It goes without saying that we will also continue our successful junior programme, in which we prepare talented youngsters in GT and touring car racing for the bigger challenges ahead. At the same time, we will also be ramping up our support of MINI’s Dakar Rally project in the future. All in all, the BMW Group’s motorsport programme is virtually unique in terms of its scope and diversity.”

Hildegard Wortmann, Senior Vice President Brand BMW, said: “The new motor racing strategy is particularly characterised by a strong ‘brand fit’. The different commitments ideally contribute to the attributes that fans and customers connect with the respective brand. We will extend the existing target groups and will – for instance – become even more visible for urban and young customers, as with our Formula E commitment. Overall we are very well positioned with this strategy in motorsport and are represented on the most important markets worldwide. BMW and motorsport – they belong together. This combination has always shaped the brand.”

An overview of the BMW Group Motorsport program.

DTM: BMW will continue its comprehensive commitment in the DTM over the coming years. As arguably the best and most popular touring car series in the world, the DTM provides the perfect stage, on which to offer fans exciting racing of the highest possible quality. The DTM will remain an important platform in the future, particularly for BMW Germany. BMW will play an active role in ensuring that the positive marketing developments seen this year will continue in the future.

FIA World Endurance Championship: The plan is for BMW to enter the FIA World Endurance Championship in the 2018 season. The highlight of this championship is the 24-hour race in Le Mans (FR). BMW claimed overall victory there in 1999 with the open prototype BMW V12 LMR. The last time a BMW took its place on the grid at the endurance classic near the river Sarthe was in 2011: back then, the BMW M3 GT finished third in the LM GTE class. Since it was launched in 2012, the championship has enjoyed a positive development, forged new paths in many regards, and won a lot of fans. Further details, such as the model of car to be used and the team responsible for the car, will be confirmed and announced over the coming months.

IMSA WeatherTech SportsCar Championship : The series combines fantastic cars, iconic racetracks, top-class drivers and passionate fans. In doing so, it continues a long tradition of sports car racing in the USA and Canada, in which BMW has always played a major role. In 1975, shortly after BMW of North America was founded, the legendary BMW 3.0 CSL won the 12 Hours of Sebring. 2015 marked the 40th anniversary of this success. BMW Motorsport and BMW Team RLL are in their eighth season together this year. Team principal Bobby Rahal’s outfit first entered the series – still known as the American Le Mans Series at the time – in 2009. Over the following years, the team won many races and celebrated five titles in the GT class.

FIA Formula E Championship: The cooperation with Andretti Formula E is initially set to run for two seasons. It incorporates, for example, cooperation at engineer level and the mutual use of resources. Depending on the general development of the racing series, a works involvement is envisaged as of the series’ season 5, 2018/2019, provided the conditions and circumstances are right. As part of this commitment, BMW Motorsport will provide its works driver António Félix da Costa (PT) as a driver for Andretti Formula E. The Portuguese, who has featured on the top step of the DTM podium with BMW and has already tasted victory in Formula E, will contest the entire 2016/17 FIA Formula E Championship. As well as the new partnership, BMW i will remain the “Official Vehicle Partner” of Formula E. This partnership allows BMW i to present the plug-in hybrid BMW i8, as the Safety Car, and the fully-electric BMW i3, as the Medical Car, in some of the largest cities in the world.

BMW Customer Racing: A comprehensive offering for privateer teams and drivers from all over the world, to allow them to compete successfully in motorsport with BMW cars, enjoys a long tradition and will continue to play an important role in BMW Group Motorsport in the future. The range of products is spearheaded by the BMW M6 GT3, which made its race debut in 2016 and was soon winning races. As of 2018, the range will also include another model, in the form of the BMW M4 GT4. Built on the ideal basis provided by the BMW M4 Coupé, this car is the reaction to the positive development of the GT4 sector. Test outings at races are planned for this year, in order to ensure that customers receive a perfect car that has been tested in all conceivable situations. Possible innovations in entry-level motor racing, which is currently catered for by the BMW M235i Racing, are being evaluated.

Dakar Rally: The proven cooperation with the X-raid team and its team principal Sven Quandt, which yielded four wins at the Dakar Rally for the MINI brand between 2012 and 2015, will continue. The X-raid team will begin its campaign for Dakar win number five with a MINI John Cooper Works at the start of 2017.