We got to see the MINI JCW Clubman yesterday, as the British brand decided to release it into the online realm a few days before being presented in the metal in Paris. However, those of you out there with an eye for detail probably noticed that there are a couple of premieres hidden inside this model by the clever minds from Oxford. If you took an extra closer look at the pictures released, you’d notice something rather interesting.

The MINI JCW Clubman is the first MINI that comes with an 8.8-inch screen for the infotainment system that’s also touch sensitive. The announcement was rather quiet, made via a simple line in the press release and only one photo in the gallery. However, it’s a big deal for MINI owners for a number of reasons. That’s because you’ll actually be using the touch screen inside a MINI as opposed to the same system inside a BMW. Let me explain. 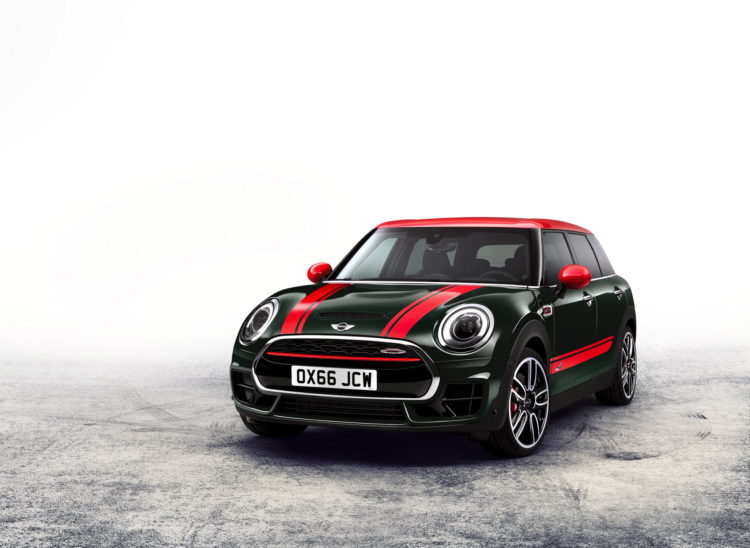 One of the constant gripes a lot of people had with the new MINI models and their infotainment systems was the positioning of the controller under the center armrest. Reaching the knob isn’t comfortable at all and you’d be better off keeping the armrest raised if you actually want to use the infotainment buttons. Well, that problem is solved by introducing this touch screen on the dash, allowing you to use the system a lot easier.

Unlike on the BMW models where the screen is rather out of reach, on MINI models it is perfectly positioned so that you can touch the screen without having to stretch too far. And while we’ll admit that on the Clubman the issues is less disturbing as the iDrive controller sits on the center console, it’s most likely that the new screen will be introduced on the rest of the range as well in the near future, solving this pesky issue. 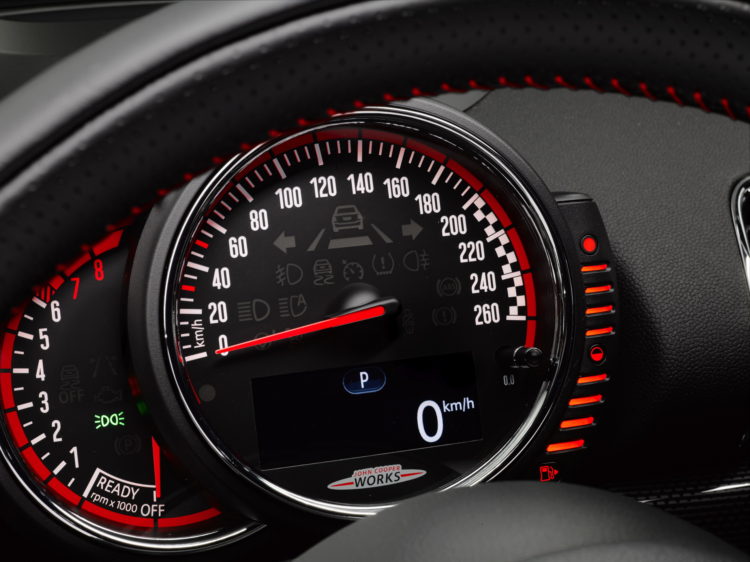 The MINI JCW Clubman also marks the first ever JCW model to be fitted with an optional 8-speed automatic gearbox hooked up to the all-wheel drive ALL4 system. Thanks to using the most powerful engine ever fitted on a MINI in conjunction with this setup, the Clubman is the fastest car the Brits ever made, despite its size. Reaching 100 km/h (62 mph) will take just 6 seconds, ovetaking the JCW Hardtop that is rated at 6.1 seconds with the automatic 6-speed gearbox. This will also be the first John Cooper Works model in the premium compact segment, as the Clubman is no longer a small car.