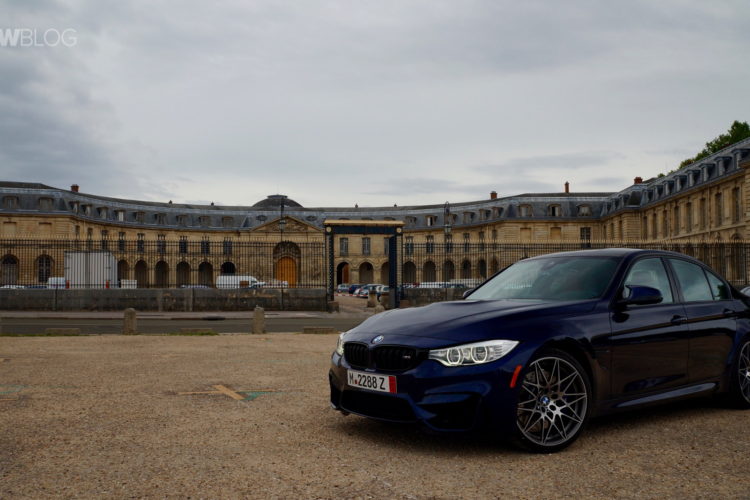 This all began as a result of a need to get back behind an M car. After talking to my client advisor at Hendrick BMW, he suggested the BMW European Delivery. It didn’t take long to convince me to do that and thus began the planning of the trip. I had heard through a friend at BMW that they were going to release the new Competition Package so I needed to wait for that to happen. The day Competition Package was released the flip was switched and my car went into production.

We ended up planning the trip and landing in Munich on the morning of July 4th and were picked up by a very nice gentleman in a 7 Series. He, like all other employees at the Welt spoke English. He was quite nice and was giving us pointers for what to expect when driving on German roads. After a short drive we arrived at the Welt, we checked in with the front desk staff and were able to leave our suitcases with them. They informed us that our suitcases would be brought to our car when needed. 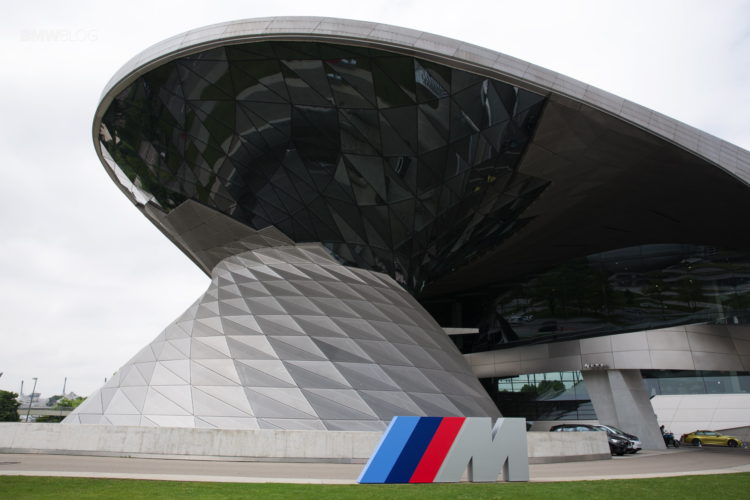 We then went upstairs and went over some of the paperwork that was needed along with confirming our appointment for dropping the vehicle off 2 weeks later at the Munich airport. From there we roamed around the welt and the gift shop and took the whole thing in. There was also two other M3s being delivered that day so we ended up meeting and talking to the new F80 owners and they had shared with us their experience and delivery.

I had booked a tour of the plant which was phenomenal, we got to see where our car would have come through and the meticulous process that goes behind taking a car from raw materials to the finished product, which BMW does a phenomenal job with.

After the plant tour, we grabbed a bite at the upstairs café which is complementary to US-based European Deliveries. From there we were greeted by a friend who gave us a behind the scenes tour of the Welt so it was neat to see some things that nobody else would have during a normal delivery. Upon completing our little tour, it was now time for our delivery appointment. 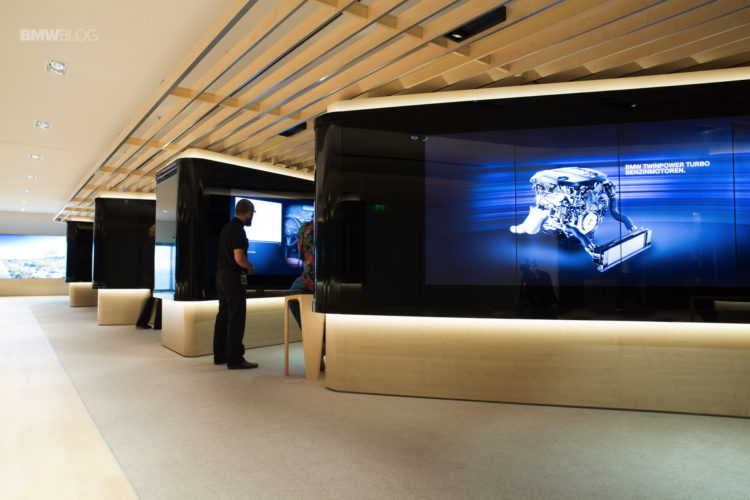 We were greeted by our delivery specialist who walked us through the next few steps, we first went downstairs to a room where there was an interactive display of our actual vehicle in the colors we had ordered and the options that we had. They did an amazing job of explaining all of our options and showing us neat videos related to features and benefits of each option. 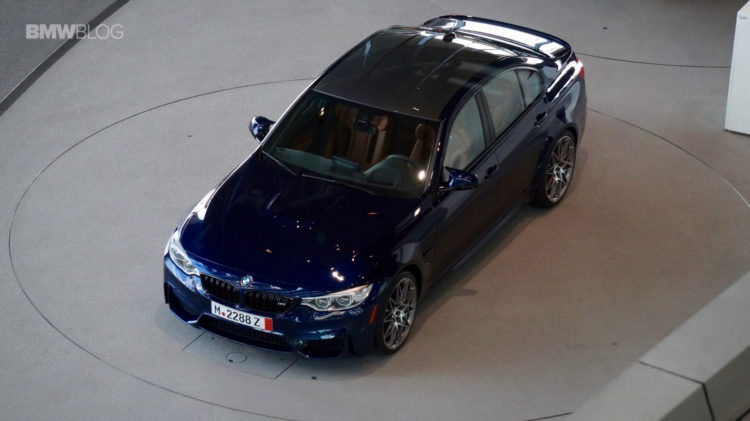 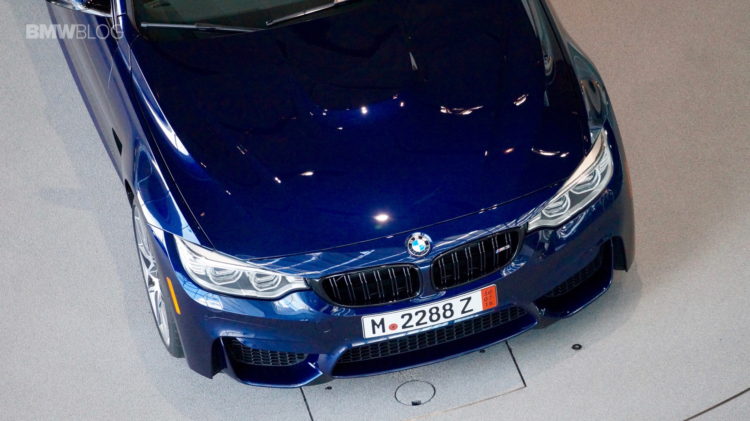 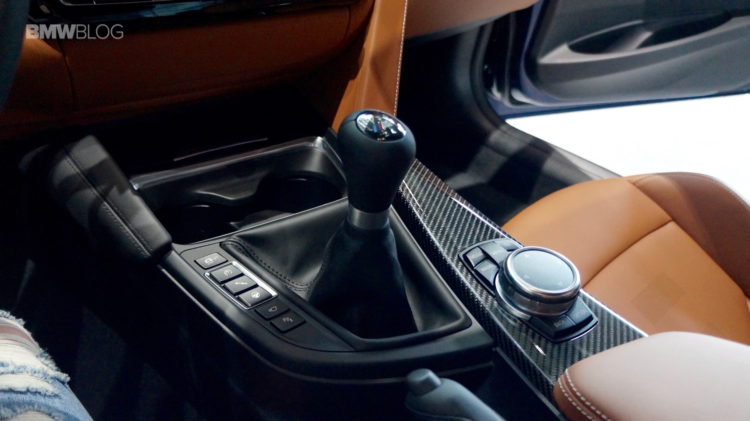 From there, it was time to see the car, and boy was I excited, this was almost 4 years in the making! We went back upstairs where we started walking down a flight of stairs, and as we made our way to a landing, there was a spotlight on the car and it had rotated to face us. The car looked amazing and as we walked down to it, the long dream had finally become a reality, all that waiting and planning had taken the form of an amazing beast of a car.

From there, our delivery specialist went over setting the car up how we wanted it. Our luggage was also delivered to us. After setting up the car, we took our inaugural lap around the Welt and off we went. BMW did a phenomenal job with the delivery and of course, getting to drive our M3 on the Autobahn and all over Europe will make this a trip we will always remember. 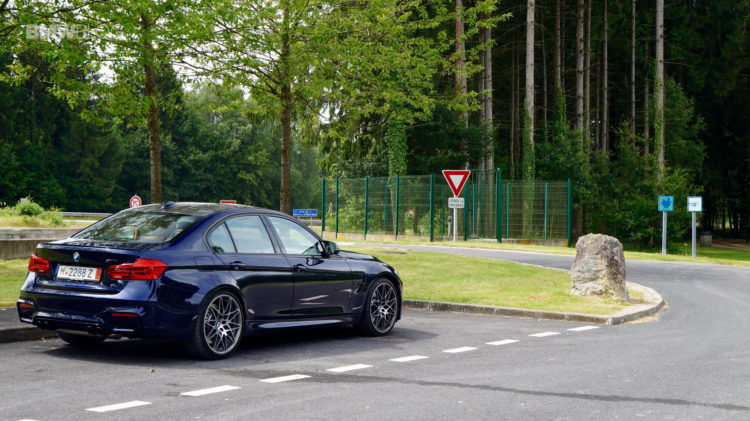 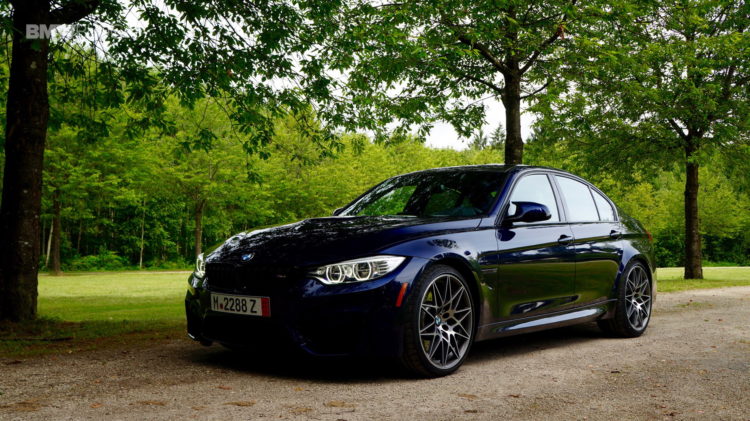 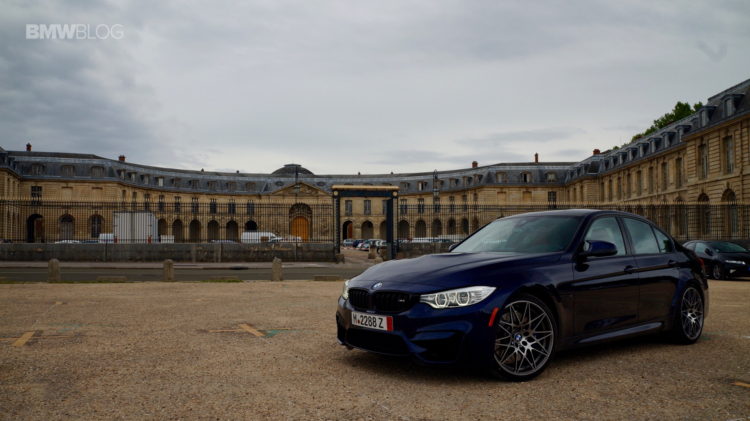 As for the car, I have a lot in store for it, there is a stockpile of parts waiting the return of the car from its overseas trip. For instance, I really ended up liking the wheels but wanted to change them up a bit so teamed up with the folks from dipyourcar.com so check up on the car to see the finished product.

And even though the car has plenty of power, I wanted to up the ante so reached out to the folks at Dinan for intake, software, exhaust and sway bars. Also adding a few touches from Burger such as spacers and since the boost is getting increased also adding an oil catch can.

Finally, I also got to lower the car so thanks to K&W it will have a much meaner stance. In the looks department it will have quite a bit of carbon fiber accents but haven’t narrowed down which company to get them from just yet the car will be quite the looker, getting a dashcam from the kind folks over at Blackvue.

Be sure to check the progress of the car on my Instagram account @TanzaniteMonster or my Youtube Channel where I’ll be doing frequent videos similar to the ones here: