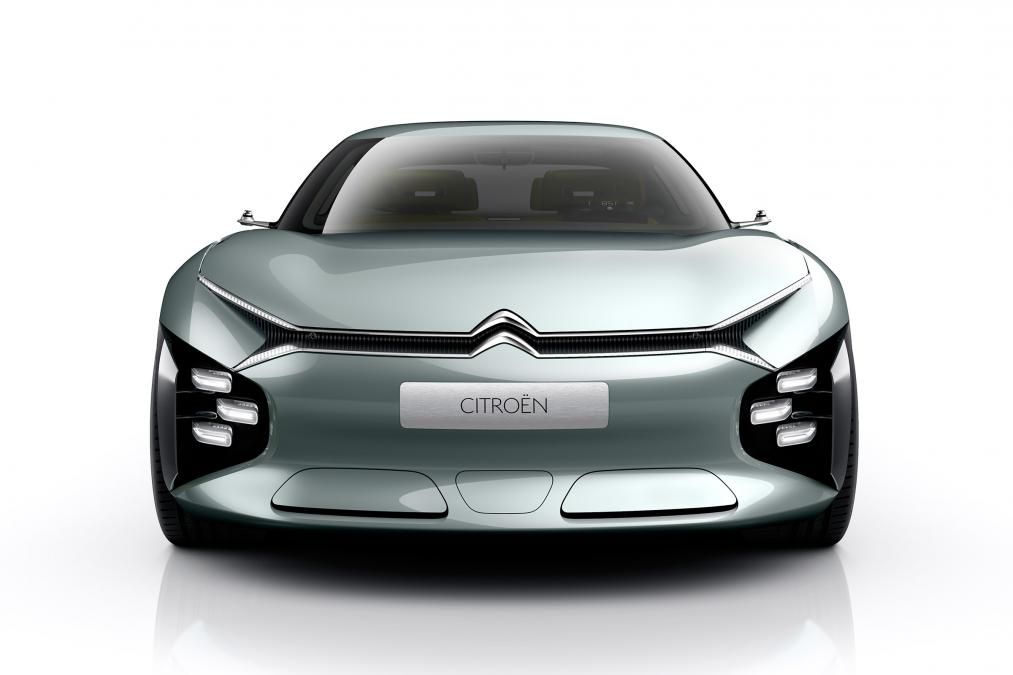 Citroen has revealed details of its Paris motor show star, the CXperience Concept. The powerful plug-in hybrid takes aim at similar models offered by BMW and Audi. With a gran touring body style and 4.85m length, it’s in the same ballpark as cars like the BMW 4 Series Gran Coupe and Audi A5 Sportback. The CXperience is also 2m wide and 1.37m high, wider and lower to the ground than the 4er Gran Coupe.

The rear doors are rear-hinged, and there is no B-pillar, while inside features a citrus yellow color scheme, echoed on the mesh fabric of the seats and offset by walnut wood on the seat backrests. The car uses the typical Citroen single-spoke steering wheel, while a floating dashboard design for enhanced cabin space. 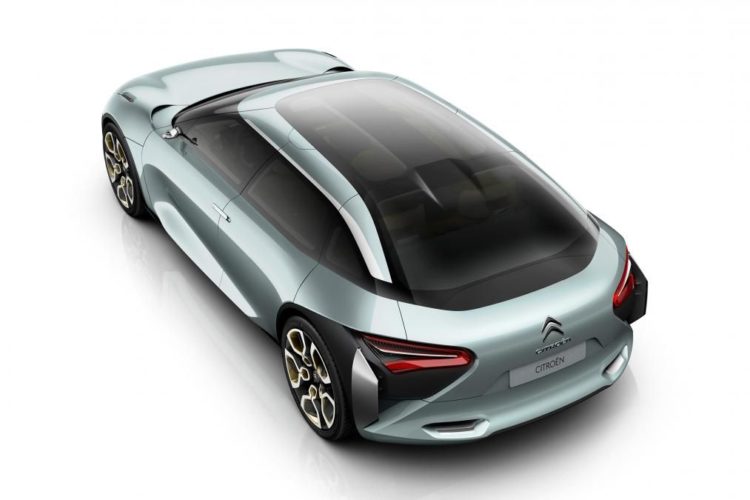 The concept gives hints at the direction of Citroen’s potential next-generation flagship sedan as well as its future onboard technology with an enormous 19-inch touchscreen which can be linked to a smartphone or tablet and accessed by the front and rear passengers to various functions. 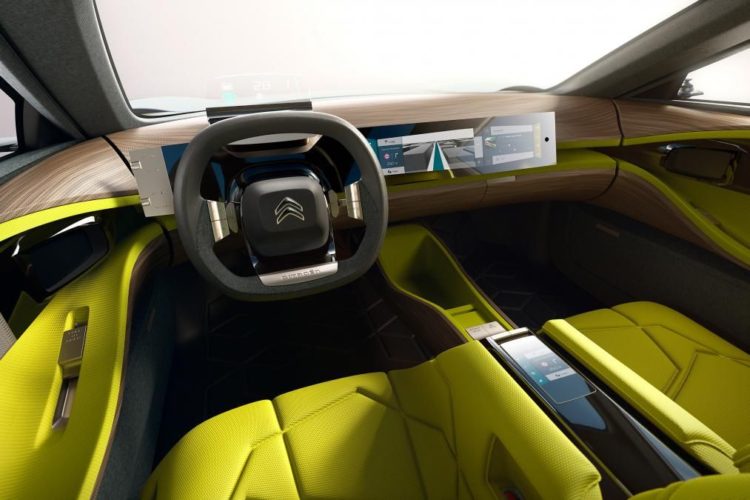 It runs on a new suspension system Citroen is known to be working on, which should replicate the incredible comfort of its old hydropneumatic setups.

Under the hood, the beautiful concept packs a petrol-electric plug-in hybrid drivetrain developing between 148-197 hp, while 80kW of electric assistance lifts maximum output to 296 hp. A range of 37 miles is available on a fully electric mode. Charging time is said to be less than 2.5 hours is from a 6.6kW charger and 32-amp socket.

The Citroen CXperience Concept makes its debut on October 1 in Paris. 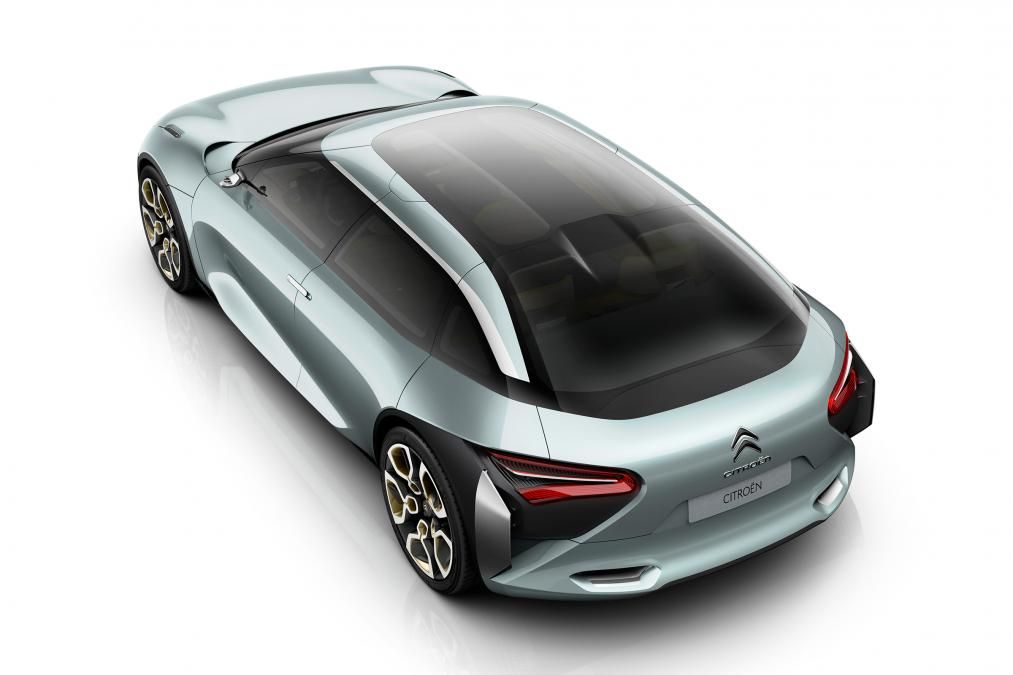 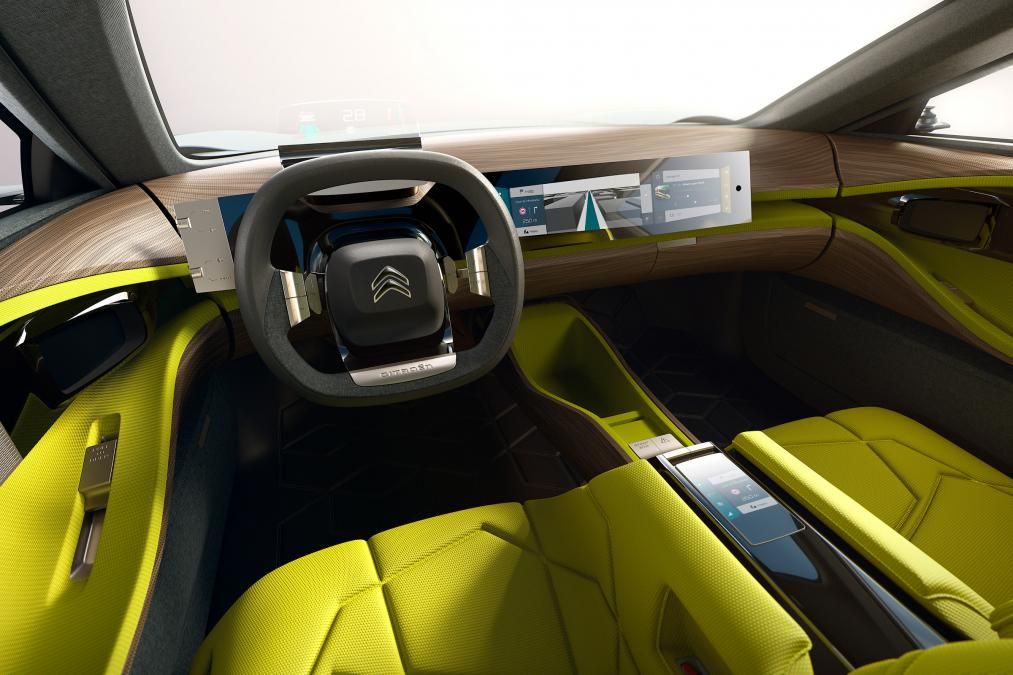 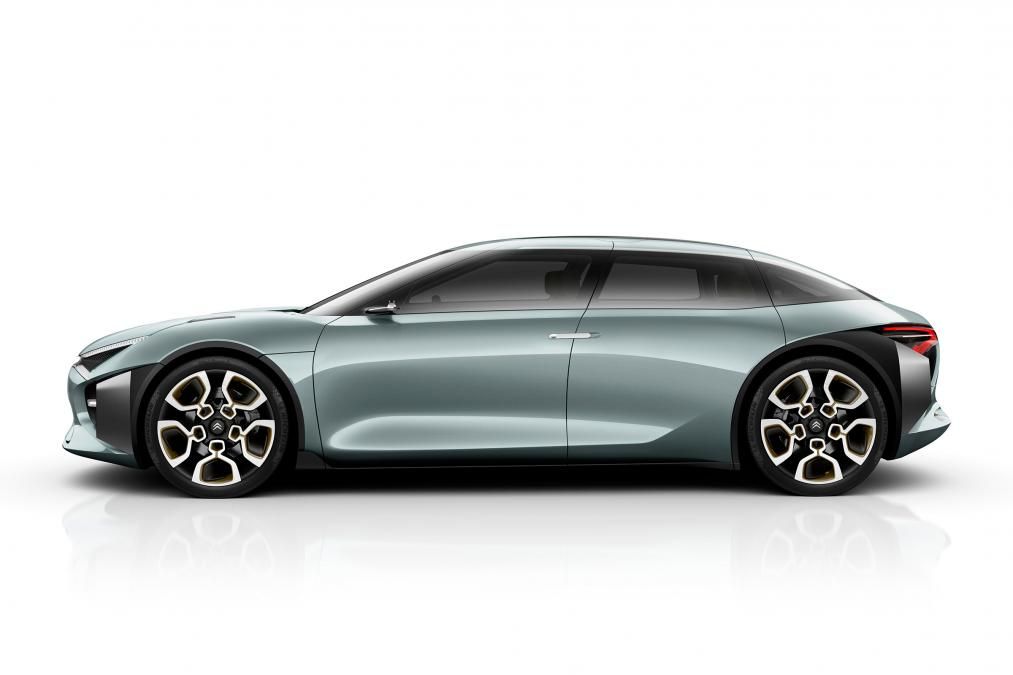 10 responses to “Citroen takes aim at BMW and Audi”