We recently were able to spend some time with the brand new MINI John Cooper Works while with MINI during MTTS. We drove it from Richmond, Virginia to Baltimore, Maryland, so we have a pretty good idea of what it’s like. And from that drive alone, we figure it’s a damn good car.

The MINI JCW is fast, hilarious fun to drive, raucous and deadly on a track. However, Audi is planning on its own hot hatch capable of taking the MINI JCW head-on. The Audi RS1.

Based on the current-generation Audi A1, the RS1 will debut early next year. While the four-ringed brand is planning on developing a new A1 for 2018, the RS1 will be based on this current generation. The Audi RS1 will use the Volkswagen Group’s ubiquitous EA888 2.0 liter turbo-four, but should develop around 280 hp. That’s a lot more than the MINI JCW’s 228 hp. But then again, the RS1 will be carrying a bit more weight. While, the RS1 is actually quite tiny, its Quattro all-wheel drive system adds quite a bit of weight. So it needs the extra power. 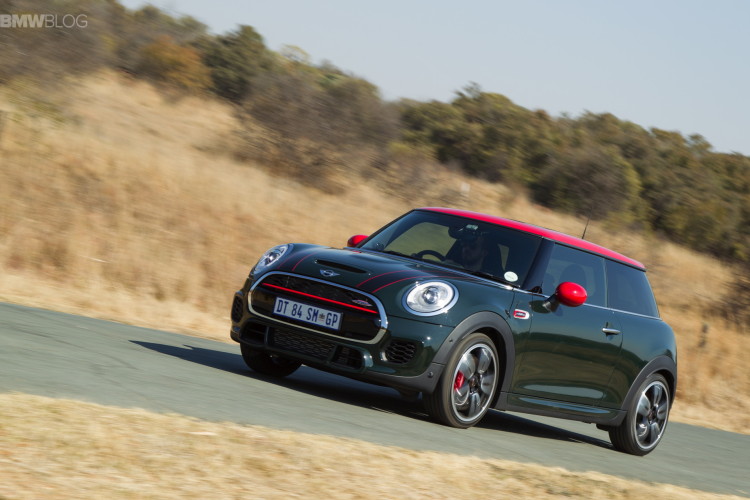 All of that power will be send to all four wheels through either a six-speed manual or dual-clutch auto. The former would probably be the best choice, as it would bring back memories of old-school Audi rally cars. And, in a way, the RS1 is the closest car Audi would make to those fire-spitting rally-bred monsters. Which is fitting, because while driving the MINI JCW, I kept thinking that it felt like a comfortable rally car. It was loud, stiff, bouncy and twitchy. It felt like driving a rally car that was modified to work on the road and I loved it. So if the RS1 can give that same feeling, it could be quite the competitor.

However, it’s going to be quite a bit more expensive than the JCW. Early predictions have it costing nearly £30,000 (almost $40,000). While that’s a lot for a hatchback, it will be a low-production model and have blistering performance. But I’m not sure that justifies the large price hike over the JCW, which starts at $30,000.

Early renders show the Audi RS1 being a good looking car, nothing gorgeous but cool in its own right. It looks like a typical Audi hot hatchback and that’s fine. The interior should be great, though, as Audi knows how to make small car interiors look and feel great better than almost anyone.

This should be a very interesting matchup when Audi does finally debut the RS1. Both it and the MINI JCW will be some of the most exciting hot hatches on the market and both offer a sort of stripped-out, hardcore motoring feel from two companies that dominated rally stages back in the day. We can’t wait.