Now that Porsche has also been hit by the downsizing trend, some of its cars are boasting turbocharged 4-cylinder engines instead of the usual naturally aspirated units we’ve grown to love. To some, this may seem like sacrilege but after driving some of these new offerings I can honestly say that they are more than capable to keep up in terms of both performance and driving feel. But how does it sound?

Well, when you change an engine’s cylinder count, there’s no way you can keep the sound intact. Even though Porsche decided to keep its boxer architecture intact, going from six to four cylinders was bound to have an impact on the aural experience. A decisive factor in how a car sounds is also the size of the cylinder. Depending on its bore and stroke and size, the sound of an engine can vary quite a lot, even if there’s a similar amount of cylinders involved. 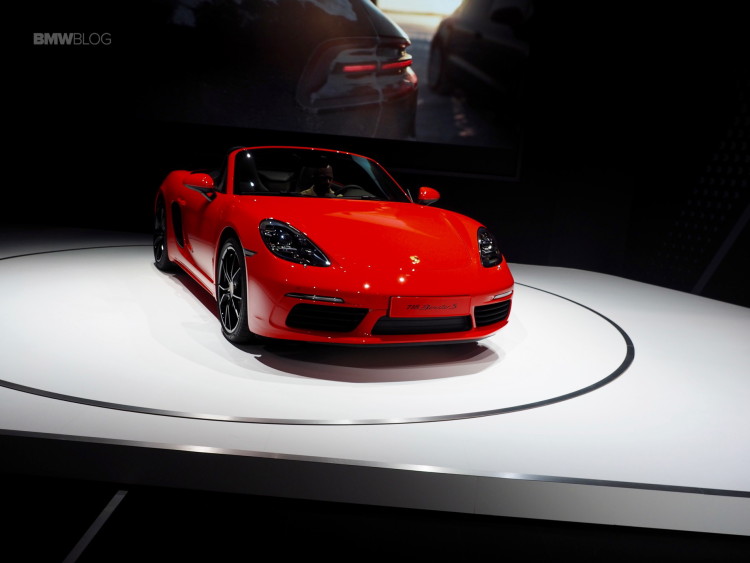 For the Porsche Boxster S, the turbocharged mill sending power to the wheels is a 2.5-liter boxer 4-cylinder engine good for some 350 HP. That puts it right next to the BMW M2 in terms of performance. However, the Bimmer does use a different configuration and, therefore, has a different sound. The two could be called rivals though and that’s why we’re here, listening to both of them to figure out which one sounds better.

The BMW uses a reworked version of the famous N55 engine, a 3-liter turbocharged straight six unit that was tuned to make 370 HP and up to 500 Nm (369 lb-ft) of torque with overboost. We also need to mention that it seems to be using an M Performance rear silencer instead of the stock one, probably giving it the upper hand in this showdown. Even so, the Porsche does sound better than expected for a four-banger.