BMW and Mercedes-Benz have been making sporty sedans and coupes to compete against each other for decades now. It was always the BMW 3 Series vs the Mercedes-Benz 190E/C Class and things have usually gone in BMW’s favor. The Bavarians have somewhat abused the folks in Stuttgart in this class, as BMW has always made the better sports cars. However, things are starting to even out as the BMW 4 Series takes on the brand-new Mercedes-Benz C Class Coupe.

In terms of performance and handling, BMW has always had an edge over Mercedes, as it’s the sportier brand of the two. However, in recent years Mercedes-Benz has been upping its game and BMW has been getting a bit softer. SO is it finally time for Mercedes-Benz to take over? Whatcar decided to find out. 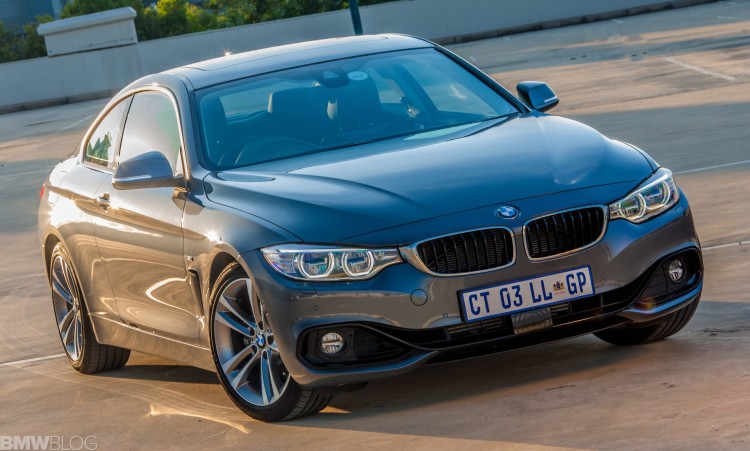 In this particular test, Whatcar gathered the Mercedes-Benz C220d in AMG Line trim and the BMW 420d xDrive M Sport. Both cars use small, turbocharged diesel engines, with the BMW using a 2.0 liter and Mercedes a 2.1 liter. While the Benz has the bigger motor, the BMW is more powerful, making 187 hp over the Benz’s 168 hp. Although, both cars have the same 295 lb-ft of torque. Both cars use automatic gearboxes, but BMW uses an eight-speed ZF and Mercedes a nine-speed G-Tronic.

In terms of performance, the BMW 420d is faster to 60 mph, doing it in 7.7 seconds compared to 7.9 for the C220d. However, 30-70 mph acceleration favored the Mercedes. In terms of handling, the BMW 420d is probably the better performer of the two, with excellent body control and typical 4 Series agility. However, Whatcar favored the C220d’s steering better and found its front-end to grip better. Thank the 420d xDrive’s all-wheel drive for the latter.

As far as ride is concerned, the Mercedes C220d is the car you want if you value comfort. The C220d’s optional air suspension simply smooths out bumps in Comfort mode. However, it can get a bit bouncy in sportier modes. If it’s supreme body control and sharper handling, it’s the BMW 4 Series you want. While it’s a bit spikier in Comfort mode than the Benz, in Sport mode it’s the better handling and riding car of the two. But it’s optional adaptive M Sport suspension is firmer overall. 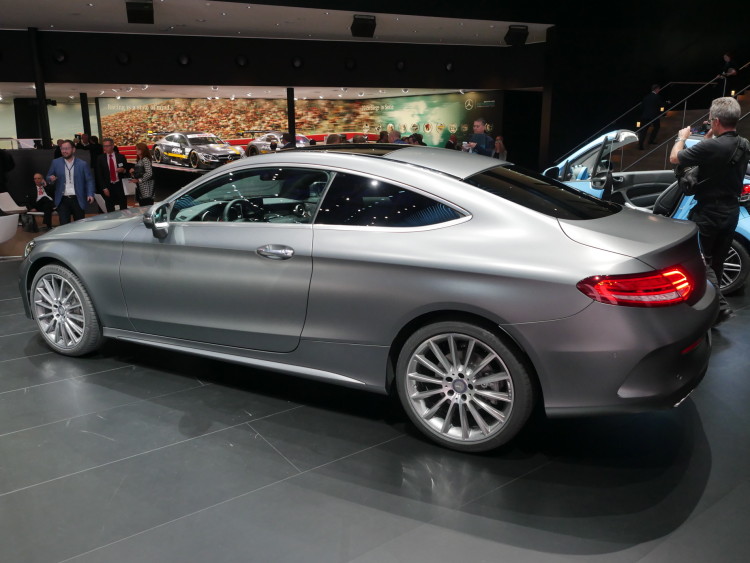 On the inside, the Mercedes-Benz C220d impressed with its gorgeous cabin that gives more of a sense of occasion than the BMW 420d’s. However, Whatcar felt BMW’s build quality was better. BMW’s iDrive is also far superior to Mercedes-Benz’s COMMAND system. So the interior is a bit of a mixed bag.

All in all, Whatcar gave the victory to the Mercedes-Benz C220d, albeit a narrow one. They are still fans of the BMW 4 Series as a whole, but felt that the C Class was better in this test. However, they do claim that the BMW would have fared better without xDrive. The all-wheel drive system sapped some of the car’s dynamics and gave it a bit more understeer. It’s still a great car, but the Mercedes-Benz C220d wins this test for its blend of both comfort and performance.