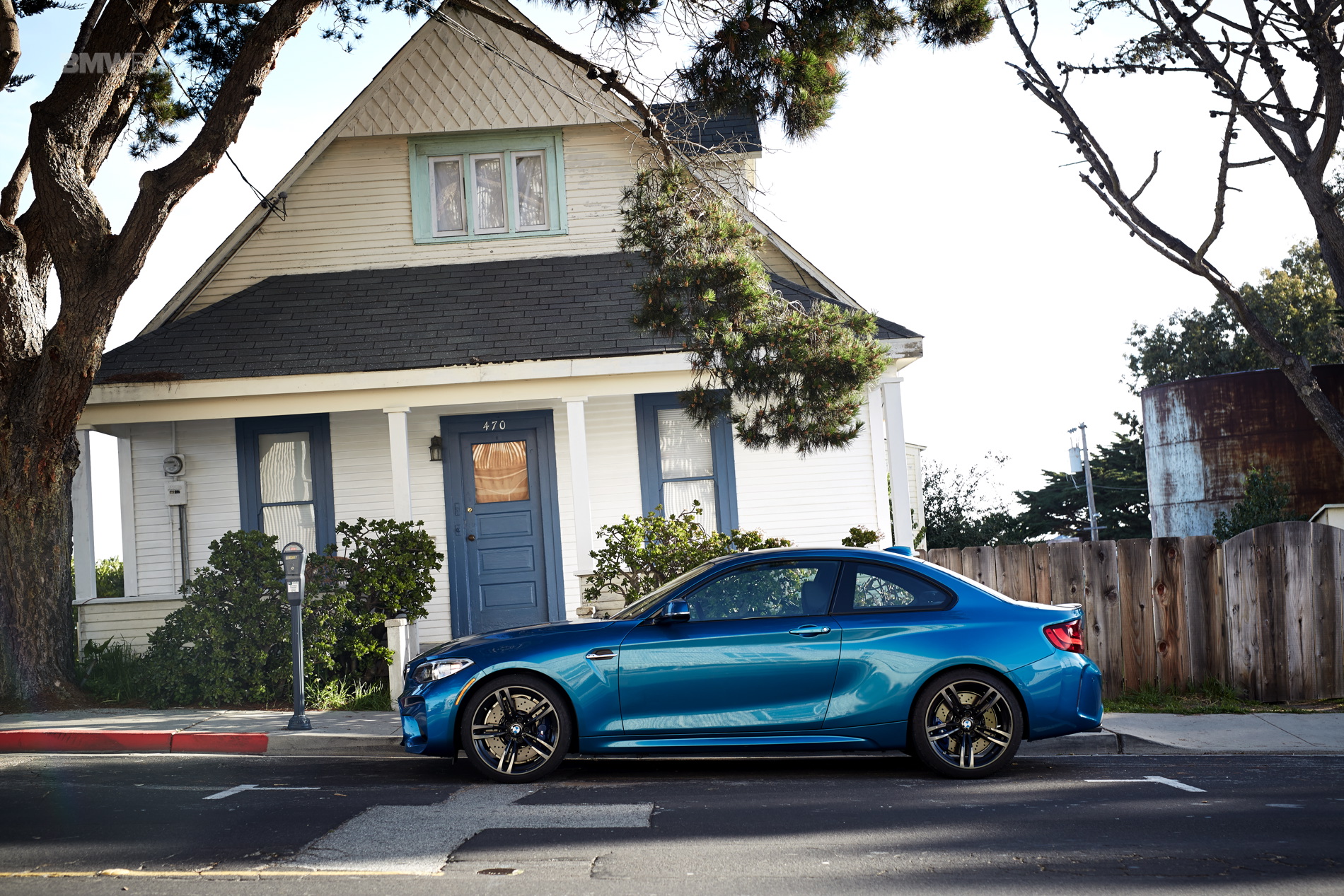 As car enthusiasts, we all do it. We day dream about which cars would be in our garage if suddenly, money wasn’t an option. If you suddenly won the lottery or created the next Pokemon Go, which dream cars would you stick in your garage/driveway?

I know I think about this constantly, for various reason. Mostly because I need to get out of the house more and actually interact with humans, but that’s neither here nor there. It’s also because I flat-out love cars and, if I had the means, would own literally hundreds of cars from various different makes and time periods. Some people are envious of movie stars and athletes for their looks, talent and fame. I’m envious of people like Jay Leno and Jerry Seinfeld, people who have amassed an incredible amount of crazy-cool cars.

But being BMW fans here, we often think about which BMWs we’d have if money were no issue. So let’s do just that right now, together. Let’s put together our perfect, two-car, BMW dream garage as if we had all the money in the world (I know, if you had that much money you could afford a bigger dream garage than two cars, but we’d be here all day). I’ll go first, and then you fine folks comment with your dream garage. 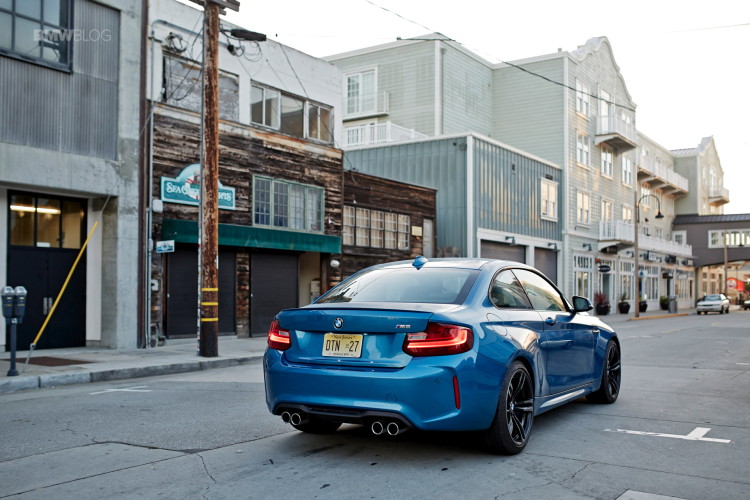 My first car would be a fairly obvious choice, the BMW M2. The beauty of the M2 is that it’s probably the best car BMW makes, but it’s also one of the most affordable. I don’t need all the money in the world to buy an M2, I just need to be a hard-working BMW fan. But it doesn’t matter, because despite how much money I might have, the BMW M2 is still the car I want. It’s brilliant; it handles better than every other BMW, it’s more than fast enough in the real world and it looks flipping fantastic. It’s the right size and is practical enough to be driven everyday.

It may not be M4 GTS-fast, but its 365 hp 3.0 liter turbocharged I6 engine is far more than enough for me. I’d get mine in Long Beach Blue (of course), with a six-speed manual and literally nothing else. I want it as simple and as driver-focused as possible. I wouldn’t change a thing, aftermarket-wise, I’d just leave it as is and use it as my daily driver and be completely happy and content. Would the other guys at the yacht club have Ferraris and Aston Martins? Yes, but I’d have something better – fun.

For my second car, I’d be a bit more pragmatic. I’d go with a BMW X5. I know, the X5 isn’t the best SUV out there and it’s a bit too big and a bit too heavy. It also supposedly doesn’t handle as well as a BMW should and its steering is rather numb and blah, blah, blah. It’s all pish-posh from journalists who are too afraid of having their own opinion on a car, so they just go with the usual tropes. The fact of the matter is that the BMW X5 is a genuinely lovely thing to drive. It’s just so pleasant and makes me happy. 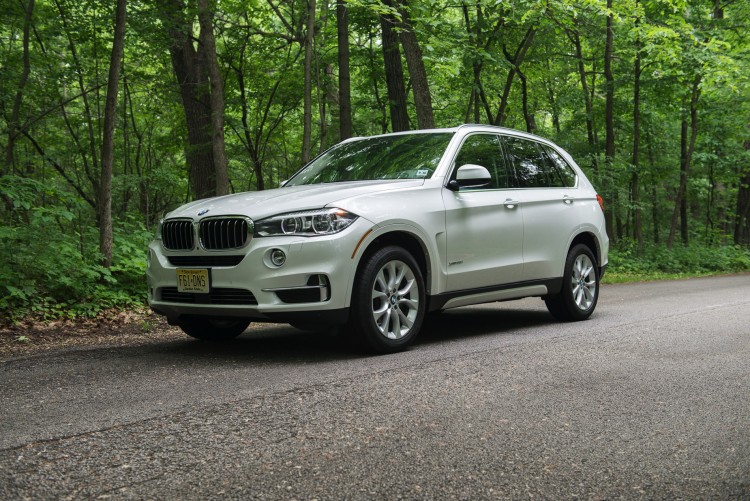 It’s comfortable, smooth, good looking and has a wonderful cabin. Is it a proper driver’s BMW? No, it a flipping two-ton SUV. But if I want to drive a driver’s car, that’s what the BMW M2 is for. Plus, the X5 handles better than most people will actually admit to, can actually tackle some rougher terrain than you’d imagine and is an extremely practical SUV, all while being so lovely to drive.

I’d get an X5 xDrive35d, because I love BMW diesels and their smooth, buttery torque. Plus, there’s just something so reassuring when walking out to your car in the middle of a snow storm, or equally bad weather, and hearing that diesel clatter. It sounds like everything is going to be okay, the diesel’s got you. I’d get mine in xLine trim, wearing Black Sapphire Metallic paint and the 19″ orbit gray wheels. Inside, it would have the Mocha Dakota Leather, because it feels luxurious but is also dark enough so my lazy ass doesn’t have to clean it all the time, and the Fineline Oak trim, because I like oak. Obviously, it would be loaded with packages, like the Cold Weather Package, Dynamic Handling Package, Premium Package and Drive Assistance Package. I’d also get the third row seating and Bang & Olufsen surround sound system. 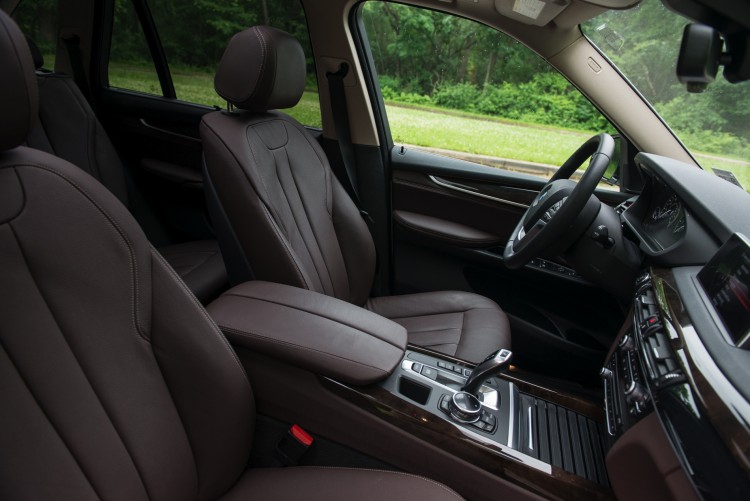 I was tempted to go 7 Series with the second car, but I live in NJ and snow can be a problem, so the X5 is probably best. Anyway, that’s my two-car BMW dream garage. Let us know yours.