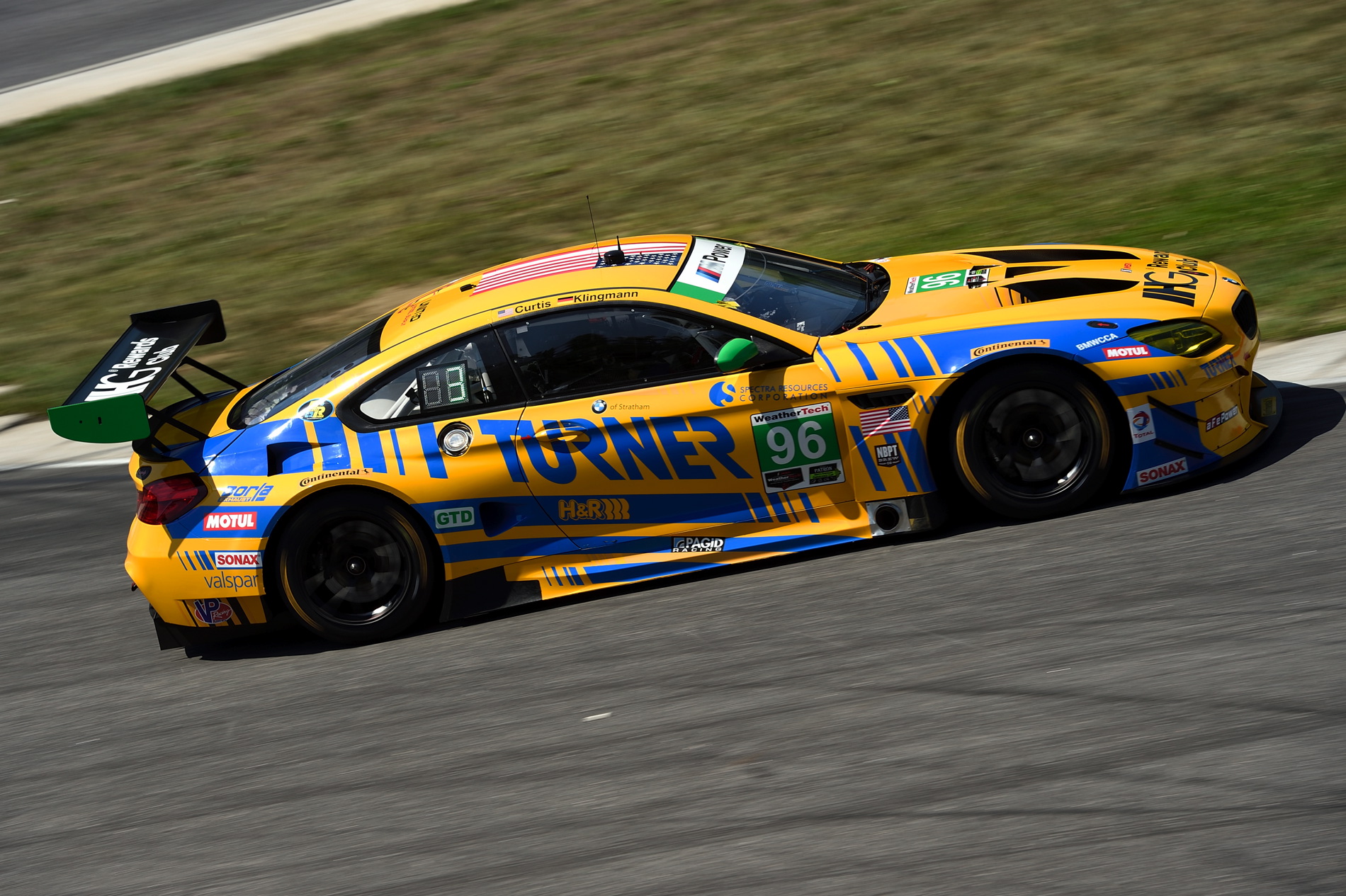 Both Turner BMWs recorded strong top-ten results in the Northeast Grand Prix at the team’s home track, Lime Rock Park in Lakeville, CT this past weekend. Despite high temperatures throughout the entire weekend, both the No. 96 and No. 97 Turner BMWs displayed strong performance on the 1.50-mile seven corner road course, facing off with a highly competitive GTD class to finish in sixth and seventh place.

Both Bret Curtis in the No. 96 IHG Rewards Club M6 and Michael Marsal in the No. 97 Alvarez & Marsal M6 completed solid stints to kick off the two-hour and forty-minute race for round seven of the Weathertech SportsCar Championship. 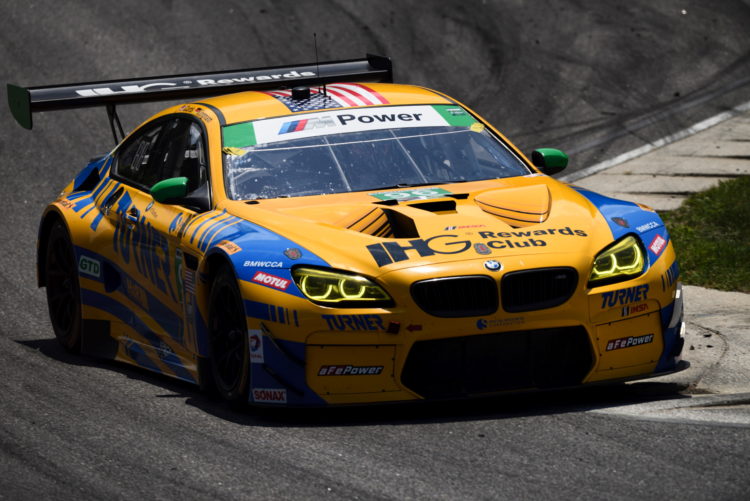 After 32-minutes Bret Curtis entered pit lane followed by Michael Marsal for fuel only stops with much of the GTD following the third full course yellow flag. Twenty minutes later both cars returned to pit lane for full service stops and driver changes for Jens Klingmann and Markus Palttala.

“We had a great start and with the early fuel only stop, we were able to maintain strong track position before doing our driver changes at the one-hour mark,” Bret Curtis said. “The team did a great job with the car this weekend allowing us to compete and fight for position in a very tightly-matched GTD field.”

Klingmann exited pit lane in seventh place to gradually work his way up into the top-three with just over one hour remaining in the race. Unfortunately, Klingmann was forced onto pit lane to serve a drive thru penalty for avoidable contact. 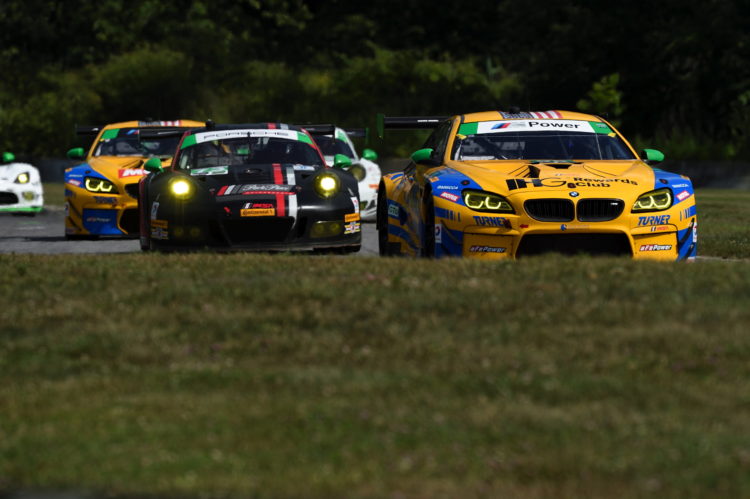 Palttala quickly settled into a consistent pace fighting to gain position on the extremely tight corners of Lime Rock Park. Palttala was able to grab several spots to climb his way up to sixth place with under an hour remaining.

“Our M6 GT3 was good here at Lime Rock, allowing us to race inside the top-ten the entire race,” Palttala said. “With the high track temps and close GTD field, it made passing extremely difficult, especially when managing lap traffic. Michael and I had a good run, unfortunately we were just not able to fight our way up to the top.”

With just 25 minutes remaining the Turner BMWs ran nose to tail to ultimately finish sixth and seventh place after 161 laps completed. Klingmann and Palttala crossed the finish line separated by less than a second just narrowly missing the top-five.

“Overall, we had a great weekend at Lime Rock,” Will Turner said. “It’s awesome to see all the fan support here at this track which always adds so much to the event. I want to thank everyone at the track, including all the Lime Rock staff, for all their help and support this weekend as well as all the fans, friends and family that came out to our annual auction and to cheer us on.” 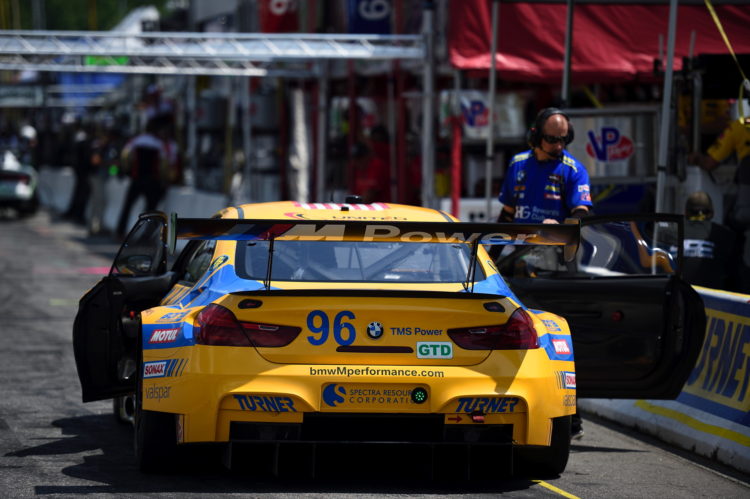 In addition to the on track action, Turner Motorsport was able to raise over $4400.00 for the Austin Hatcher Foundation for Pediatric Cancer in an auction held on Saturday at Lime Rock Park. The team was able to auctioned off unique and hard-to-find racing memorabilia and team gear to raise money for a great cause.

Turner Motorsport will be back in action in just over one week at Road America in Elkhart Lake, Wisconsin for round eight of 2016 GTD competition. Currently the No. 96 of Curtis and Klingmann sit sixth in Championship points while the No. 97 of Marsal and Palttala sit tenth.