Video: Maxing Out a BMW M2 on the Autobahn

The BMW M2 is a fast car, there’s no doubt about it. As a matter of fact, when it first came out, people were worried that it was too close for comfort to the BMW M4. Well, as time went by, an army of reviewers drove the new “baby-M” and all agreed that it may be even better than the M4. On the top speed front though, things are a bit different.

That’s because, even though the M2 uses a 3-liter 6-cylinder engine as well, it’s down a turbocharger and some serious power. How much? About 60 horses which in absolute terms might not seem like a lot but when you’re dealing with cars that have close to 400 HP they do make a hell of a lot of a difference. 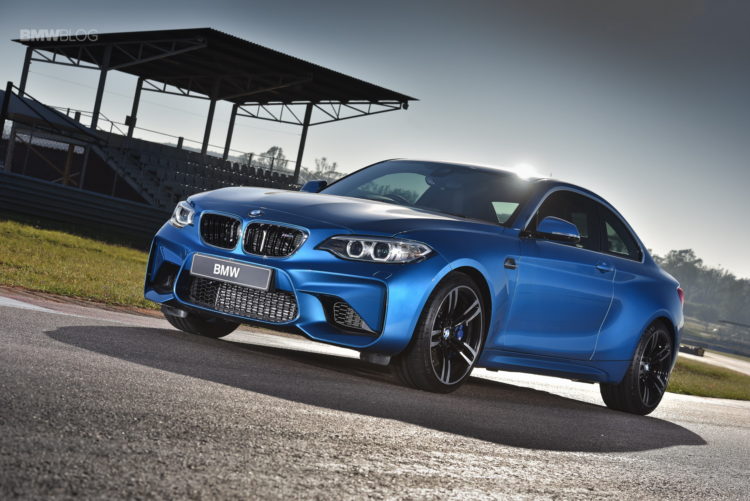 The M2 has 370 HP at its disposal and, due to its fancy 7-speed DCT gearbox it’s able to send most of them to the rear wheels. Furthermore, due to the fact that it is a bit on the lighter side of things, it will accelerate hard to 100 km/h (62 mph). The guys from Car Throttle however wanted to know how fast they can go on an Autobahn and when it come to top speeds, the horsepower readings make all the difference in the world.

In stock guise, the BMW M2 is limited to 155 mph (250 km/h) by BMW while ordering the M Driver’s package can rise that limit to 174 mph (280 km/h). However, those are GPS figures and, as we all know, there’s always a difference between the speed you’re actually doing and the one shown on your speedometer.

Therefore, the fact that Matt, in the video below, manages to achieve 165 mph (265 km/h) on the speedometer shouldn’t surprise you as it is very possible. What did scare us was, as he says, how easy it was to reach that velocity and the fact that in Germany, it is absolutely legal.

One response to “Video: Maxing Out a BMW M2 on the Autobahn”