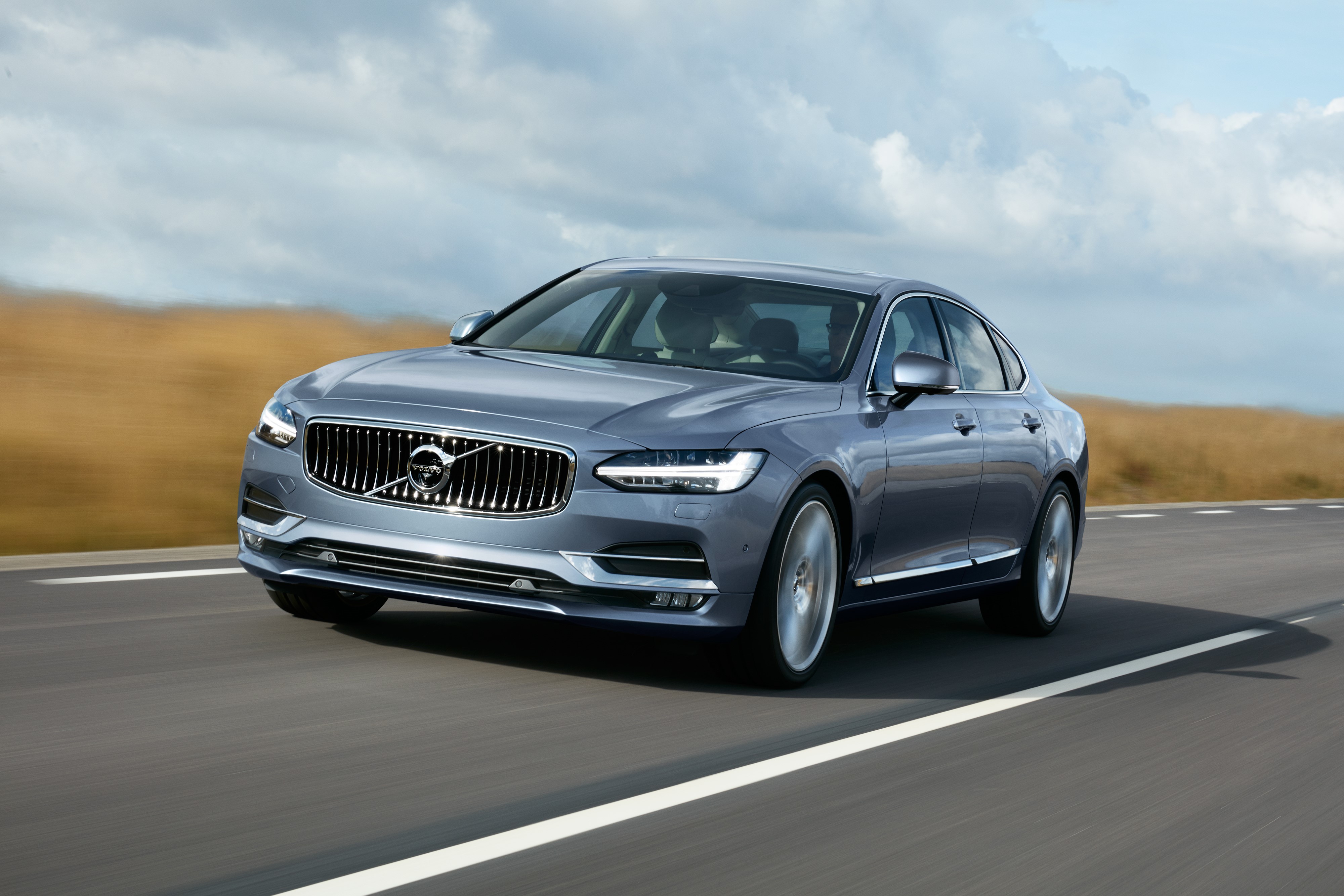 For decades, the Germans have defined the mid-size luxury car segment, as cars like the BMW 5 Series, Mercedes-Benz E Class and Audi A6 have dominated sales charts. In fact, all other cars from every other brand that’s trying to compete with Ze Germans are simply copycats, regardless of whatever their PR teams say. So when a company finally does decided to compete in that price range but create a car that’s so uniquely its own, it truly stands out. And that’s exactly what Volvo’s done with the new S90.

While the brand-new Volvo S90 competes with the BMW 5 Series in price and in size, it offers a driving experience that’s very different and could possibly become something the Germans try to emulate. 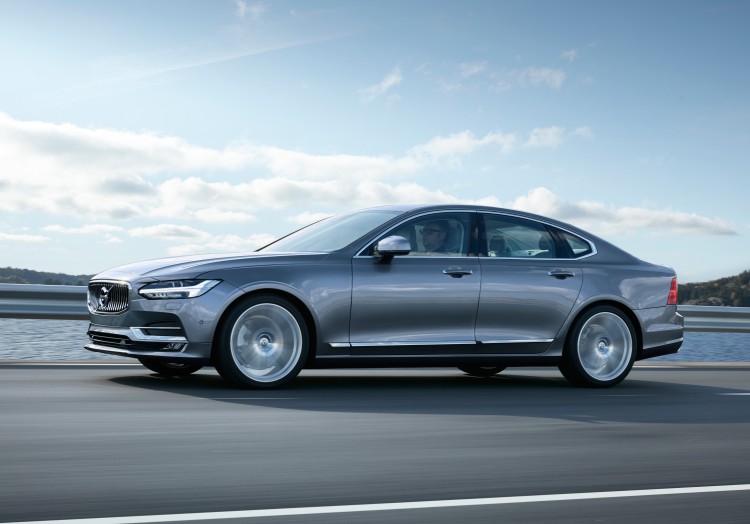 Some recent drive reviews from various publications have been released just recently and the general consensus is that it drives very differently from every car in its class, and that’s a compliment. The new Volvo S90 rides on the Swedish brand’s new SPA (Shared Product Architecture) platform, which utilizes a new style of suspension for the brand, with multilink rear axles and single transverse composite springs. Air suspension is available at the rear as well. And, from what we’ve been hearing, the new platform and suspension give the new S90 a fantastic ride.

Whereas the German competition drives with sportiness and performance at their heart, the Volvo S90 drives with a sense of serenity. The suspension is solid yet immensely comfortable and bumps simply do not disrupt the chassis or suspension. It’s just easy, comfortable and composed motoring, without feeling floaty. Body control is great and the suspension deals with bumps without intrusion. The steering is said to be light and accurate, if devoid of feel. But the S90 isn’t trying to be a sports car. While it’s capable of fast driving through sweeping corners, it’s main priority is just feeling calm and serene.

This is noticeable from the interior as well, as the cabin is much like the new XC90 SUV. There are very few buttons to deal with, as the large center touchscreen controls almost everything and the dash is as simple and as elegant as possible. It looks so different from the typical slew of German luxury cars that it’s refreshing and soothing. While it isn’t as exciting as something you’d get in an Audi or as sporty as you’d get in a BMW, it’s just a lovely place to be, it seems. 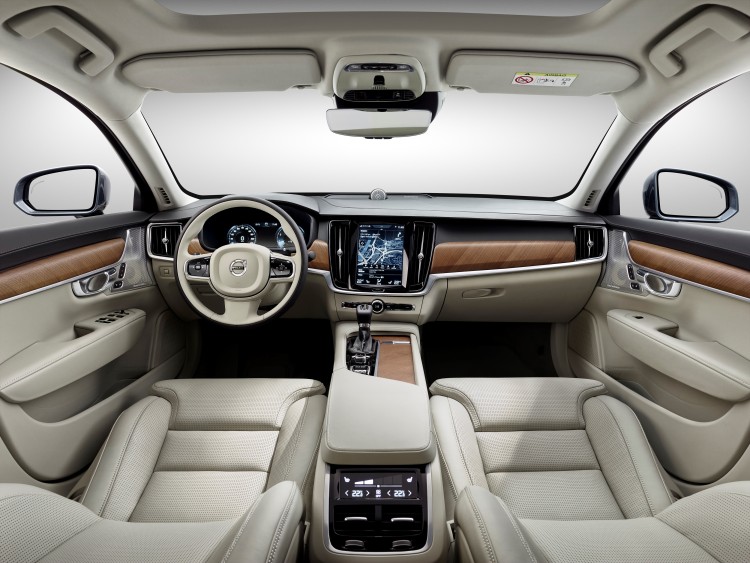 Performance is also the same way, as it’s there for you to use it but isn’t begging to be floored. The S90 employs several different powertrain variants, all stemming from a 2.0 liter turbocharged four-cylinder engine. Whether those engines be gasoline or diesel, the S90 is only available with 2.0 liter turbo-fours. In the US, we’ll only be getting three versions of the S90, the standard T5, which comes with a 2.0 liter turbocharged engine that develops 250 hp, the T6 comes with a twin-charged (turbocharged and supercharged) variant of the same engine which develops 316 hp and the top-end T8 comes with the twin-charged 2.0 liter engine paired to an electric motor and total output is 400 hp. The powertrains are said to be smooth, quiet and powerful enough to motivate the S90 along as quickly as needed. But it’s never trying to be a sport sedan.

While the Mercedes-Benz E Class is also avoiding being a sport sedan, it airs more on the side of old-school luxury, while the Volvo S90 is far more modern and much different. The Volvo S90 isn’t trying to be a German luxury sport sedan or even a precise Japanese luxury car. It’s simply trying to be a serene and modern luxury sedan that calms more than anything else. While the BMW 5 Series tries to get your blood pumping with its driving dynamics, the Volvo S90 tries only to be pleasant and it’s a refreshing change to the status quo.