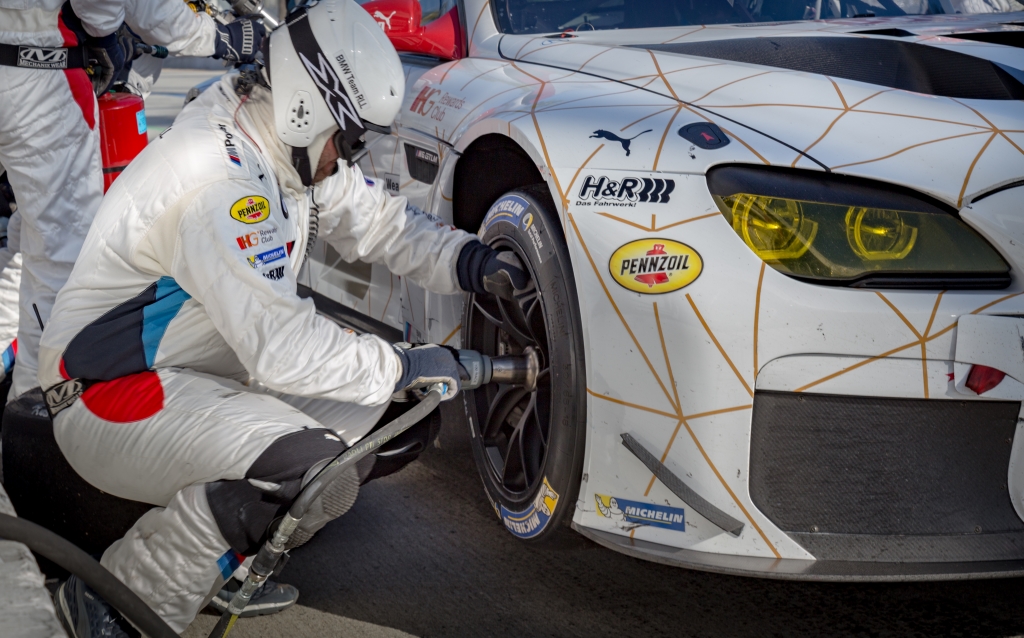 Automotive companies don’t go racing just to have fun, they go to learn. Michelin races around the globe in many different aspects of motorsport with the goal to test their new technologies at the limit in the most extreme conditions. What they learn on the track allows you to maximize the performance of your BMW on the street.

At this past weekend’s Bubba Burger Grand Prix of Long Beach, we got a chance to talk to Tony Coleman, Michelin race tire engineer with BMW Team RLL. 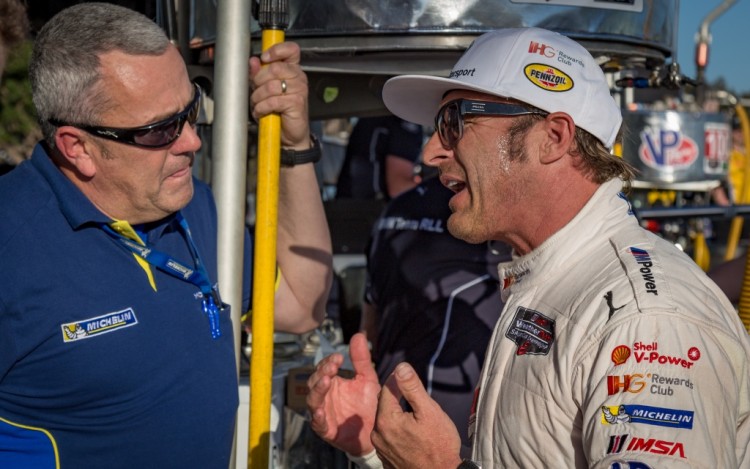 Mr. Coleman, can you tell us a little about your experience at Michelin?

Coleman: This June will be my 30th year with Michelin. I started in production and have worked in tire development, our Original Equipment (OE) technical center, and am currently in the OE Quality Center.

Was the BMW M6 GTLM a clean slate, or has the team been able to use data from the Z4 as a guide?

The Z4 had been raced in Europe and was a proven race platform to build on before it came to the IMSA series—the M6 is new everywhere. The M6 is longer and wider than the Z4 and it is turbocharged, thus it has different demands for tire solutions. 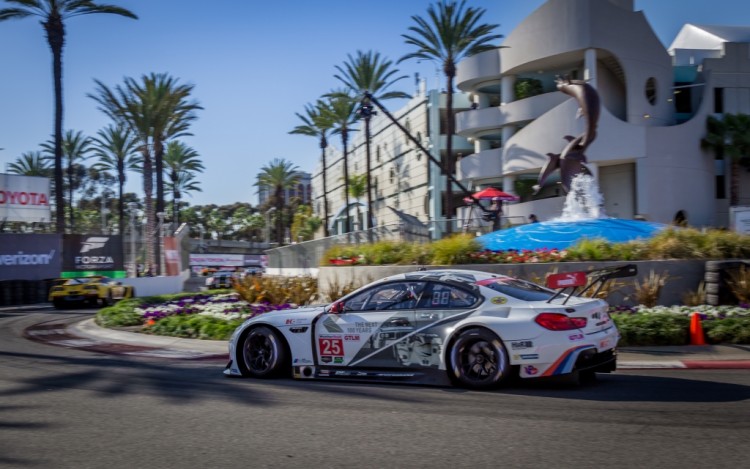 After a successful start to the season in the endurance rounds, what changes for the west coast “sprint” races?

With 24 hours at Daytona, 12 hours at Sebring, and all the testing and track time that goes with them, it helped confirm the reliability of the M6 and establish a base.

Long Beach is a very different circuit. It’s tighter, narrower, with no runoffs, and we have very limited track time. The team qualified 1-2 at Sebring in just the second race for the M6. Bill Auberlen won the pole again here at Long Beach, so that certainly shows the performance range of the M6, and the work that BMW and the team have put into it. 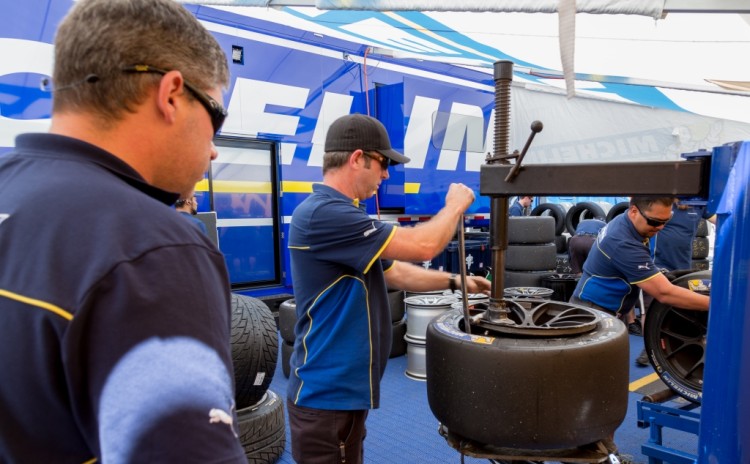 Last year Michelin introduced a single-stint tire. What was the main difference from the standard endurance tires and will we see those again this season?

We call those our “low energy” tires and they are designed for certain types of tracks. We took what we learned from the two races last year (Road America and VIR where they broke qualifying and race lap records) and developed a second generation that we have used in the first few races. It comes up to temperature quicker and stays consistent, but I expect our 2016 World Endurance Championship tire solutions to be our main focus from here on.

We’ve seen the Michelin rain tire dominate lately, what innovations have made this possible?

Our wets have been very successful. It’s really a combination of the construction, tread sculpture, and compound. The tires get into the proper heat range quicker and are pretty consistent over the full stint.

Is this why the Michelin high-performance street tires are so good in the wet?

(Smiles.) The Pilot Super Sport and the Pilot Sport A/S 3+ are certainly part of our track to street strategy!

Michelin race engineers usually have a “day job” at Michelin as well, are you also involved in BMW OE development?

We have two OE centers, one for development and one for quality. I have worked in both. I currently work in Quality with all of our OE customers, including BMW, on vehicle performance standards and uniformity. 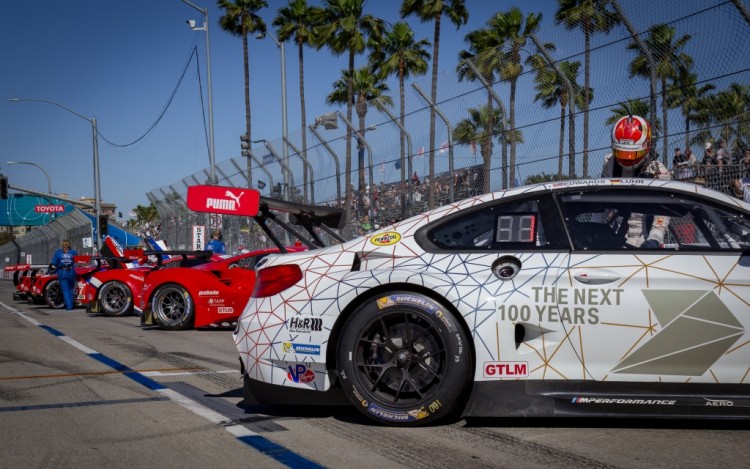 How has the technology from what we learn at the track benefited the performance on the street?

Michelin races to learn and to test new technologies and innovations in an extreme environment. We take what we learn about tire sizing, shapes, construction, materials, tread sculptures, and compounds and feed everything directly into our technical centers to develop our consumer tires.

Thank you for your time, Mr. Coleman. Good luck on the rest of the season!

Michelin’s top-rated high-performance tires including the Pilot Super Sport and Pilot Sport Cup 2 integrate the full range of expertise and know-how developed by Michelin in the leading international endurance races, and in particular the 24 Hours of Le Mans.

Some of the technologies that have made it from track to street include:

A high-density fiber used in cutting-edge equipment for such sports as tennis, sailing and mountain biking – as well as in aeronautics, protective military gear and motorsports – Twaron® provides the Pilot Super Sport with superior high-speed stability. Thanks to its variable tension, the belt tightens the tread more than the shoulders. As a result, centrifugal force is more effectively overcome and pressure is more evenly distributed.

Originally developed for racing tires, this technological innovation uses different rubber compounds on the left and right sides of the tread. On the outside, a unique, carbon black-reinforced elastomer (developed specifically for the 24 Hours of Le Mans) ensures exceptional endurance when corners are tight. On the inside, a latest-generation, high-grip elastomer enables the tire (on wet surfaces) to break through the water’s surface and adhere to even the slightest irregularity in the road.

Thanks to the latest digital simulation software used in the aeronautics and automobile industries, pressure and consequently temperatures are spread evenly across the tire’s contact patch. Although the patch’s shape changes when cornering, the amount of rubber in contact with the road remains the same. 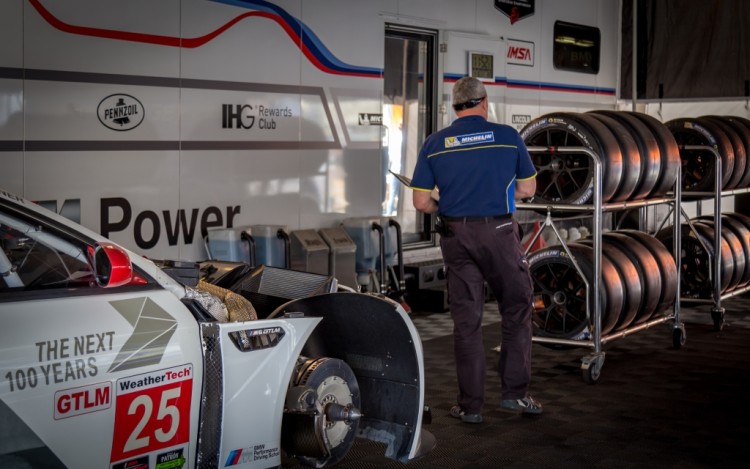