How will Audi’s RS3 Sedan compete with BMW M2 in US?

The North American market has yet to get an RS variant of Audi’s A3 sedan. In Europe, the Audi RS3 is quite a popular vehicle and currently is only available in hatchback form. Its hatchback body style is likely the reason for Audi never bringing it over here, considering there is a large market here for cars of the RS3’s nature and Audi does sell its 2.5 liter turbocharged engine in the US, as it’s the same engine that powers the Audi TT RS. However, the Audi RS3 will finally be making its way to the US in the form of the RS3 Sedan. But, being that both cars will inevitably be compared, let’s find out if it will it be able to compete with the BMW M2?

Right now, the BMW M2 couldn’t be more popular. Its garnering so much attention from around the world that, despite its awesomeness, you might be sick of hearing about it. The reason it’s getting so much attention, though, is that it’s flipping brilliant. It’s the best BMW M car in years and easily the best one on sale, so to say that it’s hyped up right now is an understatement. So, thanks to the BMW M2’s popularity and the relative obscurity of the RS3 to most Americans, we can say that the latter car will certainly lose out in terms of popularity. But what about on the road?

The BMW M2 packs a turbocharged 3.0 liter I6 engine that develops 365 hp and 343 lb-ft of torque, which is mated to either a six-speed manual or a seven-speed DCT. Power is only sent to the rear wheels through an electronically-controlled limited-slip differential. 0-60 mph is in around 4.3 seconds with the DCT and 4.5 with the stick, making the M2 a very fast car, if not insanely quick.

The Audi RS3, on the other hand, will bring a 2.5 liter turbocharged I5 engine that is said to develop close to 400 hp, though no official figures have been released. We do know that Audi’s 2.5 liter engine is mega, though, as the RS3 Sportback in Europe is an absolute rocket and does 0-60 mph in as low as 3.9 seconds from some reports and that one only has 367 hp. So if the new sedan has more power, expect it to be properly fast. That engine is paired exclusively to Audi’s dual-clutch seven-speed auto and is only available with Quattro all-wheel drive.

We’ve established that the Audi RS3 Sedan is likely going to be faster than the BMW M2, as it will have more power and the benefit of all-wheel drive. However, it likely won’t be the fun, tossable enthusiast’s car that the M2 is. Whereas the M2 has rear-wheel drive and is available with a row-your-own gearbox, which allows it to be fun, pure and sideways, the Audi RS3 Sedan will have only a dual-clutch gearbox and all-wheel drive. This will make the RS3 very fast and very competent, and even better in bad weather, but it will likely lack some of the joy that the BMW M2 provides. 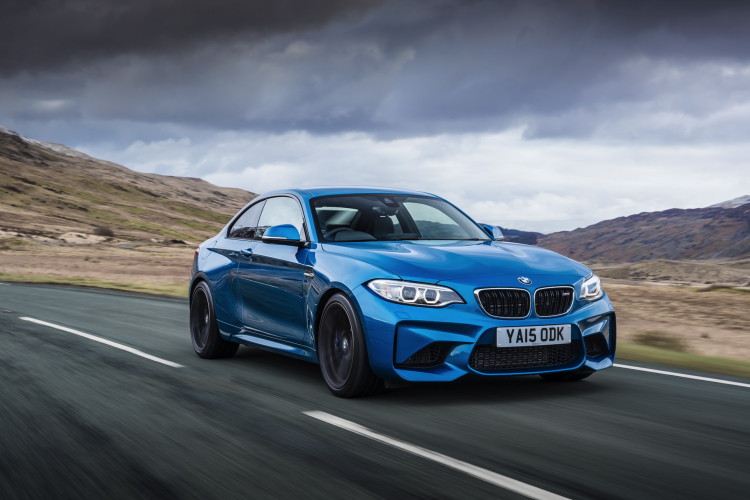 We see the same thing with the BMW M235i and the Audi S3. Both cars are similarly powerful, have similar performance and are similarly priced. But the S3 lacks the fun and excitement of the M235i, thanks to its all-wheel drive and incredibly vague, though direct, steering. It’s likely that the RS3 Sedan will follow this trend a bit.

Although, on the flip-side, the Audi RS3 will be more practical, as it will have four doors and a larger trunk. So it would be a better car for someone who only wants one car and it will be the easier daily driver. It’s also possible that it will be more comfortable, as the RS3 Sportback in Europe uses Audi’s Magnetic Suspension and that gives it a wonderfully compliant, yet buttoned down ride. Plus, its Quattro all-wheel drive will help it in wintery months, whereas the BMW M2 could get a bit hairy once snow starts to fall.

Overall, I don’t actually think that one car will be “better” than the other, as both represent a different set of pros and cons. I think, personally, the BMW M2 will be the more fun car, the car that touches at your heartstrings the most. But it will also be the more compromised car, in the name of fun and performance. Whereas the Audi RS3 Sedan will be the better all-rounder, as its all-wheel drive grip and four-door practicality make it easier to live with everyday. But I think we can all agree, regardless of whichever you like more, that the world is better off with both of these awesome cars in it.

10 responses to “How will Audi’s RS3 Sedan compete with BMW M2 in US?”