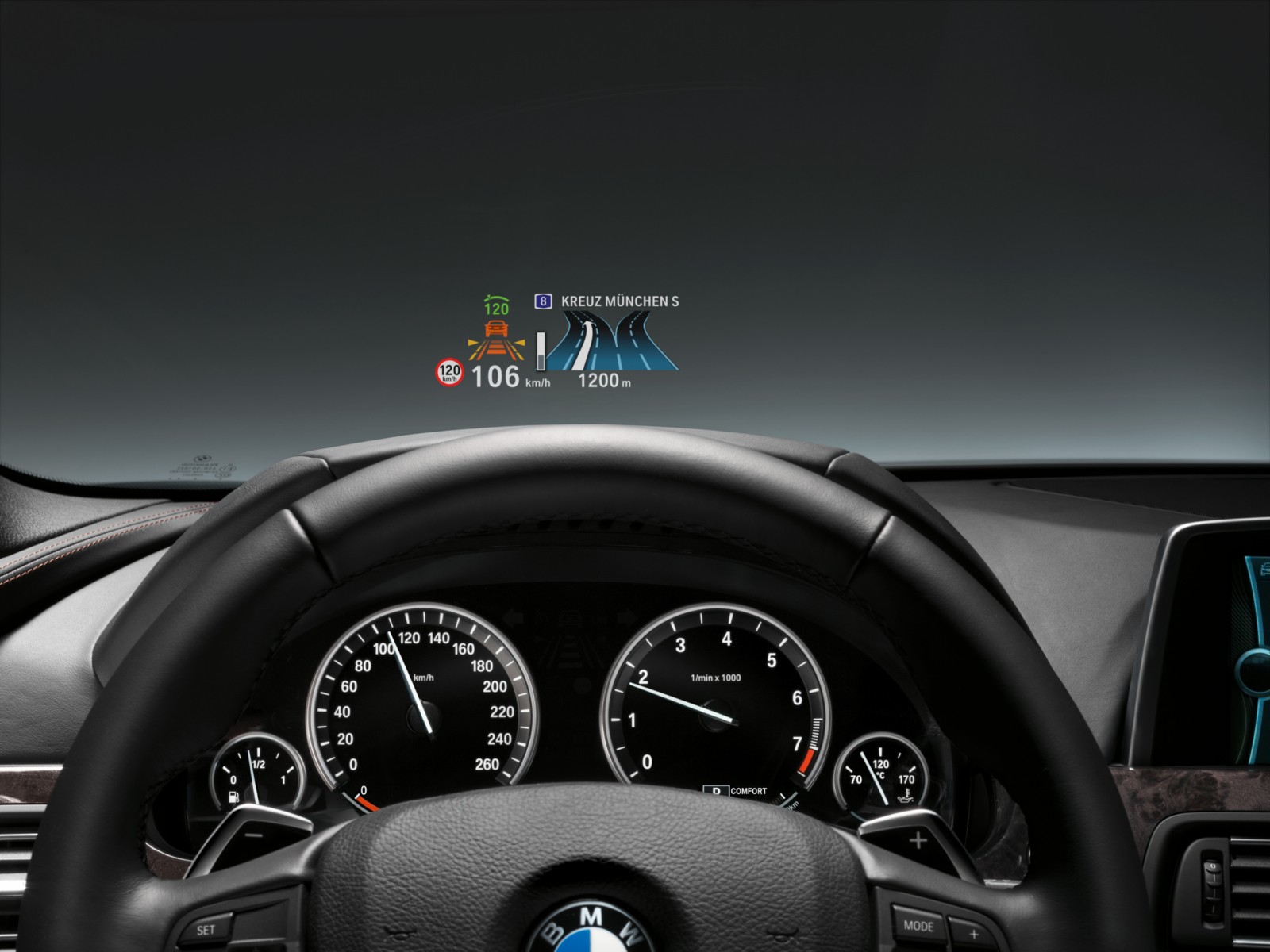 Head-Up display technology has been present in automobiles for quite some time now. Even late ’80s, early ’90s Corvettes had Head-Up displays. They were rudimentary at best and were difficult to read properly while moving quickly, but they existed. Now, BMW seems to be leading the automotive pack with Head-Up technology, providing a system to displays useful and important information in front of the driver in an easy-to-use and non-distracting way. BMW has had a great Head-Up display for a while now, but it just got even better with the new BMW 7 Series.

BMW works very hard on even the smallest of details for its Head-Up display, to make sure that drivers can see the information clearly, quickly and easily without getting distracted. BMW plays with the design, size, placement and color scheme to seemingly no end to make sure that the driver can see the info without it being distracting. It’s actually a very hard balance to strike. How do you design a screen that is bright, colorful and easy to read quickly without making it distract the driver while they’re trying to look past it? I don’t know, but thankfully I’m not the one designing it.

BMW is even working on new Augmented Reality solutions for the Head-Up display, where certain information could be displayed on the windscreen, such as arrows on the street and pointing around turns, as if the navigation system was painted on the road in front of the driver. This sort of Virtual Reality is most likely quite far off, but the fact that BMW is working on it is impressive. Head-Up display technology is fantastic at the moment, but it’s only going to get better. We’ve made it a long way from the crude systems in the C4 Corvette, we can’t wait to see what it’s like in ten years.