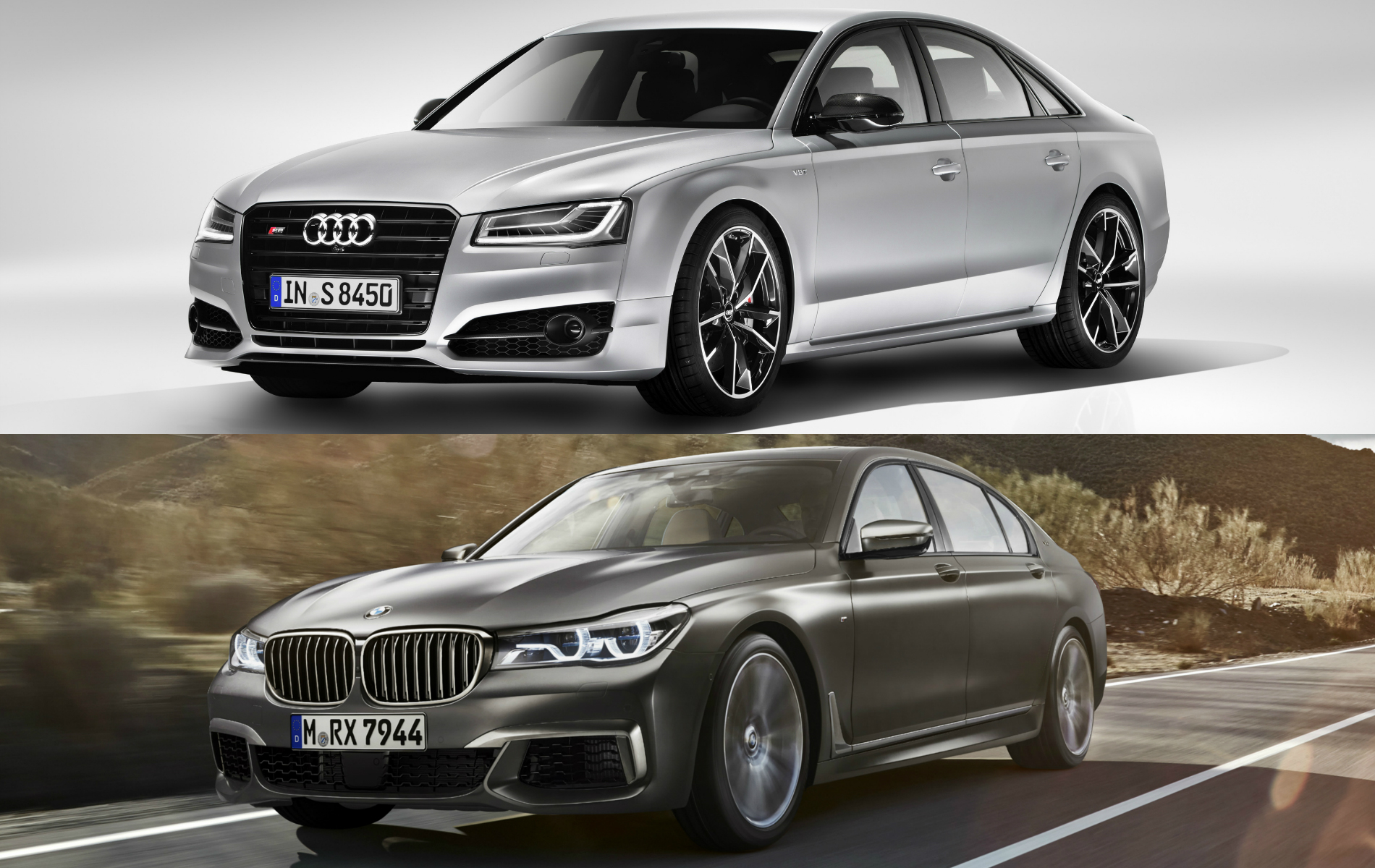 When Audi announced its extra powerful “Plus” variant of the Audi S8, we thought it was the meanest, baddest and most powerful big luxury sedan on the market. Pushing 605 hp, from its 4.0 liter twin-turbocharged TFSI V8, and capable of 0-60 mph in the high three-second range, the Audi S8 is a leather-lined missile, capable of taking down even Mercedes-AMG’s S63. However, BMW now has a player in this game and is using it to aim straight at the Audi S8 Plus, the BMW M760Li xDrive.

BMW’s previous-generation 7 Series wasn’t up to par with the current-gen Audi A8. It was a bit older and its chassis and technology was and felt dated. However, Audi’s Bavarian neighbors have developed a new 7 Series, based on BMW’s new scalable architecture, that is properly fantastic. And to bring its 7 Series up to Audi S8 Plus level, BMW created the M760Li xDrive.

The BMW M760Li xDrive is considered an M Performance model, much like its younger siblings, the M235i and X4 M40i, so it isn’t a proper M car. However, that doesn’t take away from its specs and performance. The BMW M760Li packs an engine that dwarfs the Audi S8 Plus’, a massive 6.6 liter twin-turbocharged V12 that pushes a claimed 600 hp and 590 lb-ft of torque. Though, we estimate that those figures are extremely conservative, as the Alpina B7 pushes the exact same power outputs from a 4.4 liter twin-turbo V8 and BMW might not want to upstage its fellow Alpina brand. The BMW M760Li xDrive is capable of getting from 0-60 in a claimed 3.9 seconds, which also sounds rather conservative.

Putting the two up against each other is interesting. They’re both similar in size and weight. The standard 7 Series is a bit lighter than the A8, as it’s much newer and has fancy new Carbon Core chassis technology, but the M760Li’s monster V12 adds a significant amount of weight. Both are incredibly powerful and put out around the same amount of power, as claimed at least. So it will be interesting to see how the two pair up on the road if anyone can ever get them together.

In terms of luxuries and technology, the M760Li seems to have the S8 Plus beat again, however. This is mostly just a product of being much newer, as the 7 Series just debuted late last year and the current A8 has been around since 2009. Having said that, though, the S8 Plus’ interior is still a wonderful place to spend some time. The leather is beautiful and the contrast red stitching is fantastic looking. The build quality, fit and finish as well as the materials are all top-notch and would be welcome even in something more upscale, like a Bentley. But the BMW M760Li still has it beat.

The BMW’s tech is far more advanced, having Gesture Control, remote parking technology and one of the most technology-filled rear seats we’ve ever seen. BMW didn’t mess around with this interior, it’s the real deal. Similarly to the S8 Plus, the interior of the M760Li would still feel at home in something wearing a much larger price tag, as the materials are superb and the fit and finish is outstanding. Plus the design is a bit fresher, having not even been released yet.

Pack all of that interior luxury and tech and the BMW M760Li will be a very tough car to beat. But if there’s a car on the road that can do it for around the same price, the Audi S8 Plus could be that car. We can’t wait to see these two go head to head on the road.