What is the most important metric when buying an SUV these days? Quarter mile times, for sure. It seems as if every automobile company is looking to make an SUV that can beat nearly any sports car in a drag race. First, it started out as just the Germans doing it, with BMW, Mercedes-Benz and Porsche all participating in the madness. Then the Americans got involved, with the Jeep SRT, then the British with the Range Rover SVR and soon the Italians are coming in as well, with the Lamborghini Urus. So it’s a big monster SUV party now.

The three best, though, are the BMW X5 M, Porsche Cayenne Turbo S and the Jeep Grand Cherokee SRT. Those three are the best combinations of power, performance and everyday usability. So Autocar thought it best to get the three together for a drag race and see which is the fastest.

The Jeep SRT has the least going for it in this test. It’s the heaviest car of the bunch and the least powerful, packing only 475 hp. But the 6.4 liter HEMI V8 is naturally-aspirated, meaning better throttle response than the Germans’ turbocharged engines. Though, to be honest, it doesn’t make a hoot of a difference in this test. It does look cool, though. 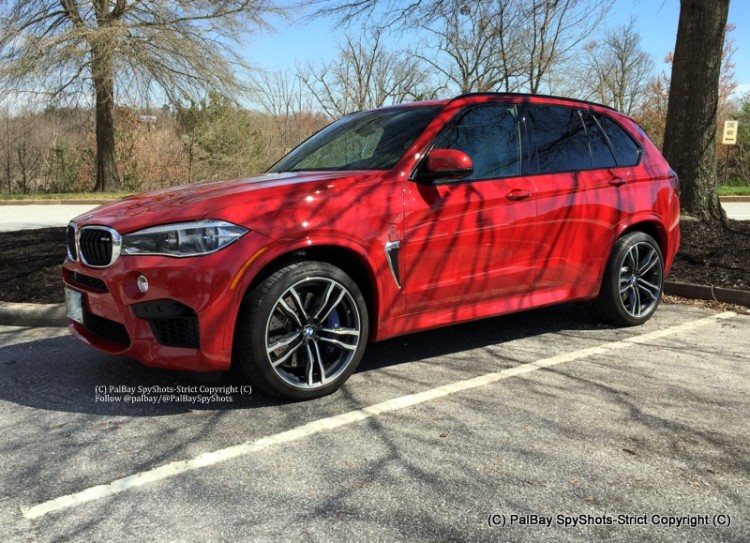 The BMW X5 M crushes the Jeep SRT, in terms of power/weight. It’s almost 100 lbs lighter than the Jeep but packs nearly 100 more hp, boasting 567 from a 4.4 liter twin-turbo V8. And, because of its twin-turbos, it delivers all of its grunt in one massive shot off the line. If the driver can get the revs just right with launch control, and keep the car in full boost, the X5 M will fire off the line like a supercar.The BMW X5 M is faster than anything weighing over 5,000 lbs should be.

Porsche’s aging Cayenne Turbo S actually makes a bit more power than the BMW, packing 570 hp from its twin-turbo 4.8 liter V8. Given that the Turbo S is the most powerful, and the lightest by just a bit, you’d figure it would be the fastest car in the test. Porsche’s Cayenne Turbo S has always been the benchmark for fast SUVs, so can the BMW X5 M or Jeep Grand Cherokee SRT take it down.

The answer is yes and no. When the three line up for the race the first time, the BMW driver jumps the gun a bit and blows all three away. But being that the BMW driver cheated, they do the race over again. This time, the BMW X5 M still gets off the line quicker than the other two, but the Porsche is very close behind. However, the X5 M starts to gain distance and starts to put the Cayenne Turbo S away. Meanwhile, the Jeep SRT is left in the dust, as its much weaker engine can’t keep up with the twin-turbocharged Germans. A Hellcat would have likely performed better.

In the end, the BMW X5 M wins by quite a large margin, proving that the engineers at BMW’s M Division or more magicians than anything else.