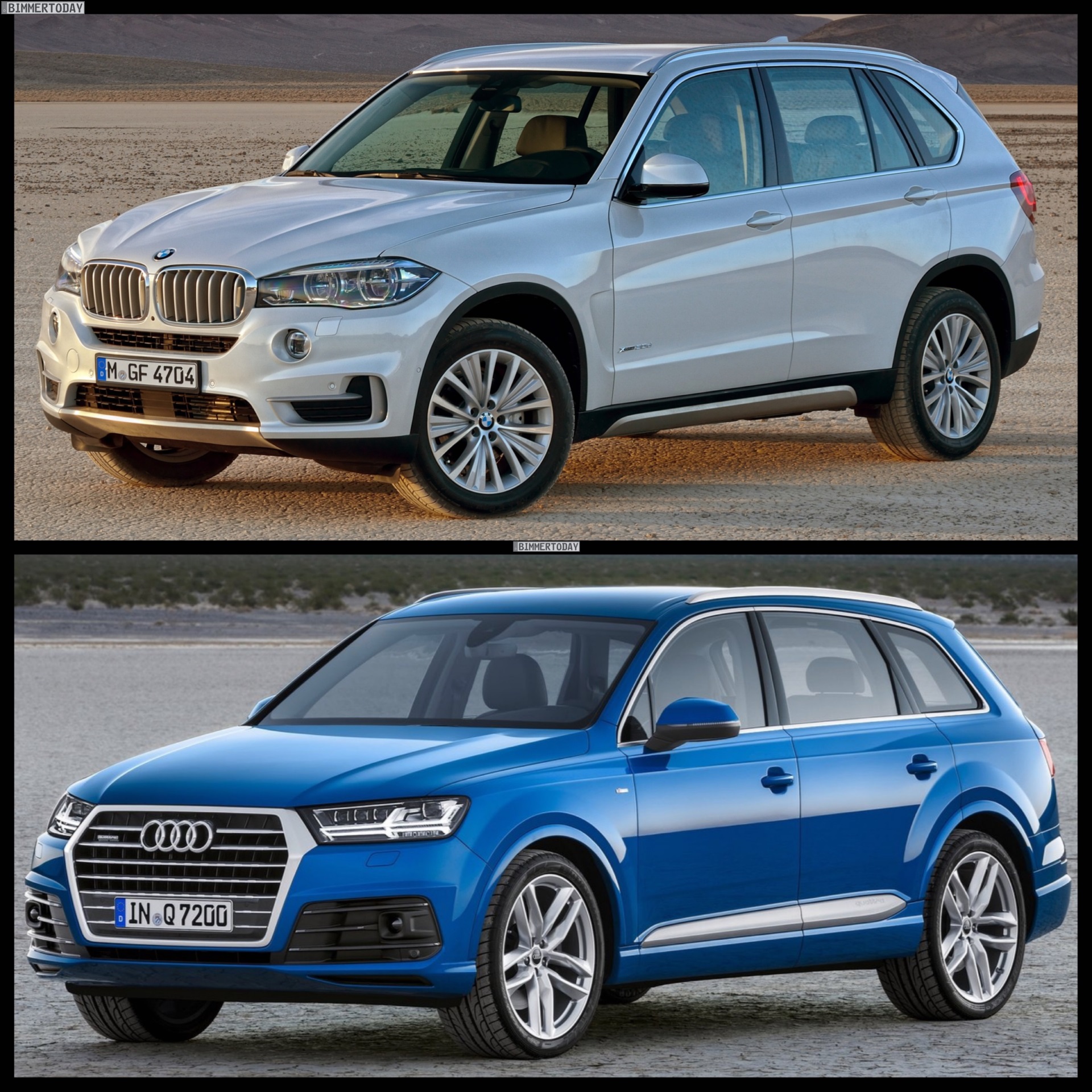 So recently, we were given the chance to drive the brand new BMW X5 xDrive 40e. We’ve driven the other X5 variants before, but the plug-in hybrid xDrive40e was the most recent iteration of BMW’s largest SUV we were able to drive. Overall, we like the newest X5 very much. We love the way it rides, handles and looks. The interior is great and is incredibly luxurious, while also managing to have some BMW sportiness. However, there’s quite a lot of hubbub about the new Audi Q7 that just recently debuted. So we thought it a good idea to drive the new Q7 and see how it compares to the X5.

So the Q7 we were able to drive was the brand-new 2016 Audi Q7 3.0T, which is quite a lot different from the last hybrid X5 we drove, but we’re comparing more of the two cars as a whole, not necessarily the powertrains. An Audi Q7 e-tron plug-in hybrid should be coming later this year and maybe we can compare these two more accurately then. But let’s get to the comparison. 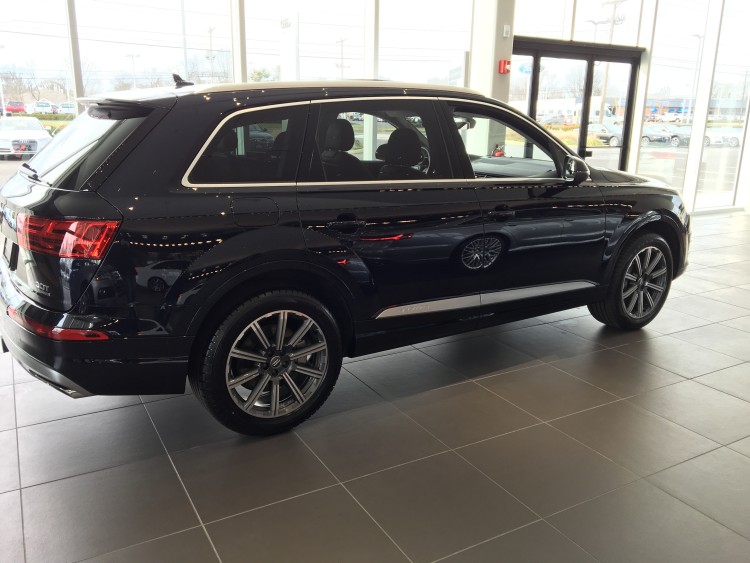 The first thing that we’ll look at is the exterior. Both cars are very good looking and it is likely personal preference that determines the winner here. Both look great but in very different ways. The BMW X5 is a very brawny looking car, with muscular curves and big rear haunches. It kind of punches you in the face with its looks, and that’s a good thing. It looks as powerful as it is big. The Audi Q7, on the other hand, is quite a bit more reserved. It’s a little more refined and sophisticated, but it lacks a bit of excitement to the X5. It’s still a very handsome car, though, and it would really just come down to personal preference to choose a winner. So, in terms of exterior, these two are a wash. 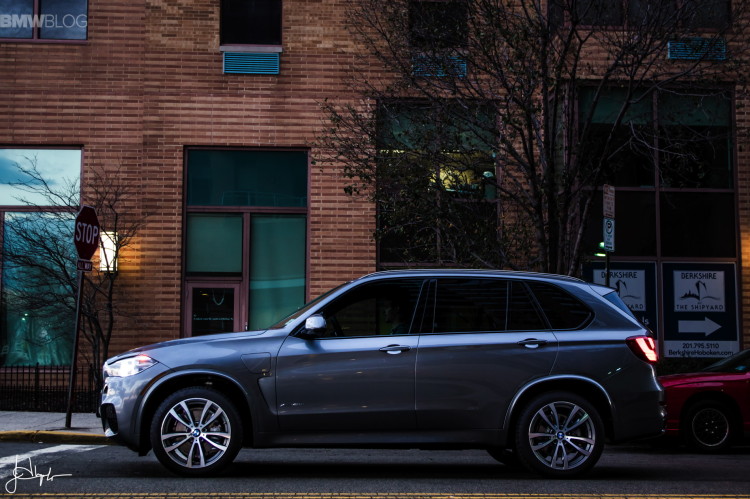 On the interior, things get interesting. The BMW X5 has a lovely interior. It’s filled with rich, supple leather and real wood and metal. It’s an extremely upscale cabin, but it looks a bit familiar. It immediately feels like a BMW interior that we’ve seen before and that can be either good or bad. The Q7’s interior is very fresh, on the other hand. It’s very different from the X5’s, more open and filled with more modern looking touches. The air vents that run across the dash in a single, uniform line work well with the uncluttered dashboard and hidden navigation screen. The center console houses many buttons for the myriad of different technologies, but it’s easy to use and very user-friendly. The Q7’s interior also uses some of the finest materials and has superb build quality. Overall, both interiors are excellent, but I think the Audi Q7’s cabin is just a bit nicer. Maybe credit that to it being quite a few years newer, but it’s a very fresh and interesting design. 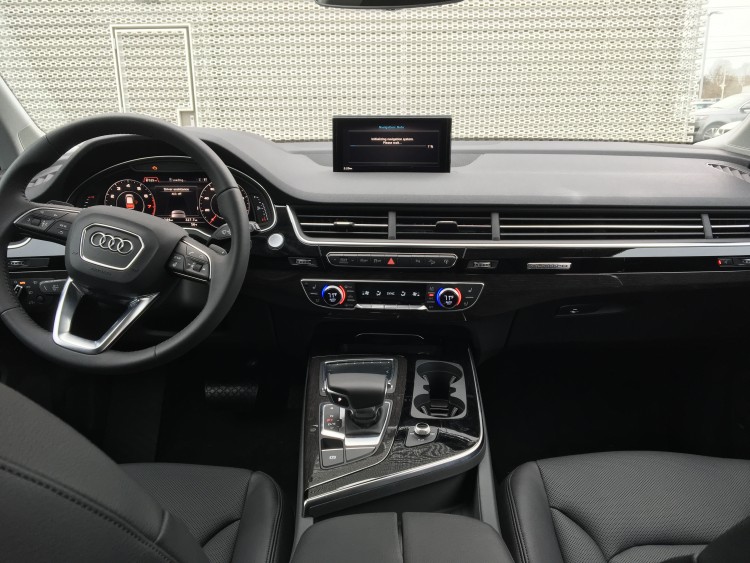 In terms of technology, I think the Audi Q7 takes the lead again, but it’s strictly because of the optional (a very expensive option) Virtual Cockpit. The VC is a high-definition screen that replaces the traditional gauge cluster that can act as either normal gauges, full navigation system or mirror the MMI screen. It looks fantastic, has beautiful graphics and is incredibly fast. It’s also very intuitive and allows the driver to operate it from just the controls on the steering wheel, allowing the driver to never need to take their hands off the wheel and never divert their eyes from the road. It’s brilliant. The BMW X5’s iDrive system is still better than Audi’s MMI, but the Virtual Cockpit sends it over the edge. 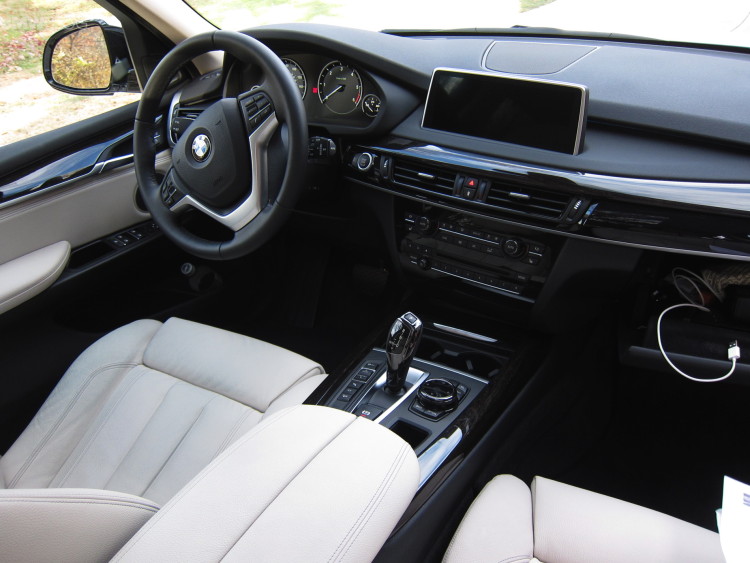 When it comes to the ride, both cars are very comparable. The most recent X5 this butt sat in was the xDrive40e with the optional M Sport package which provided stiffer sport suspension and massive wheels. The Audi Q7 rode on electronically adjustable suspension and standard steel springs, not the optional air suspension. While these aren’t exactly comparable, I can report that, despite it having a much sportier suspension, the X5 actually had a better ride. It felt more solid, more composed and actually even a bit more comfortable. The steel springs on the Q7 created a sort of harsh ride, but not overly harsh. The Q7 was still very composed and very luxurious, just a bit stiffer than anticipated. However, in terms of handling, both cars faired very well. I didn’t spend enough time with the Q7 to really judge its handling at the limit, but the small sample size I did have showed a lot of promise for the big Audi.

Where BMW typically fairs better than Audi, usually by a wide margin, is in the steering. However, I don’t know if that’s the case here. The X5 has very accurate steering and the front end bites extremely well. But the actual steering weight is overly light, especially so in Comfort mode, and lacking considerably in the feel department. The Audi Q7’s steering was actually a little bit heftier, even in Comfort mode, and had more feel, which blew my mind. I could actually feel what the front tires were doing through the steering wheel, with tiny vibrations and little tugs at the wheel. It’s something Audi’s have lacked for ages and it’s back in the Q7. Strange, but uplifting. However, the steering wasn’t as accurate and the front end was a bit less responsive than the X5. So it’s kind of a wash. 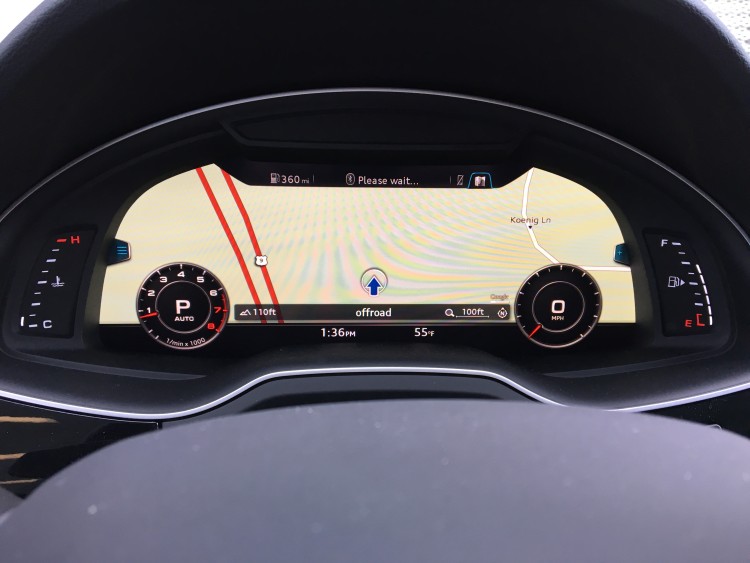 Overall, powertrains aside, the two cars really are excellent and it’s hard to find a better overall package than both. Both are excellent luxury cars with fantastic technology, great performance and typical German build quality and reliability. It’s hard to choose one or the other because they both bring something special and unique to the table. On one hand, the BMW X5 is a bit more performance oriented with slightly better handling and a smoother ride and it also looks better by just a bit. On the other hand, the Audi Q7 has a bit of a nicer interior with much cooler technology and great steering feel. This may sound like a cop out, but I think it’s a tie. I’ve gone back and forth between which I’d rather have more and I can’t decide on one. So it really does come down to preference.