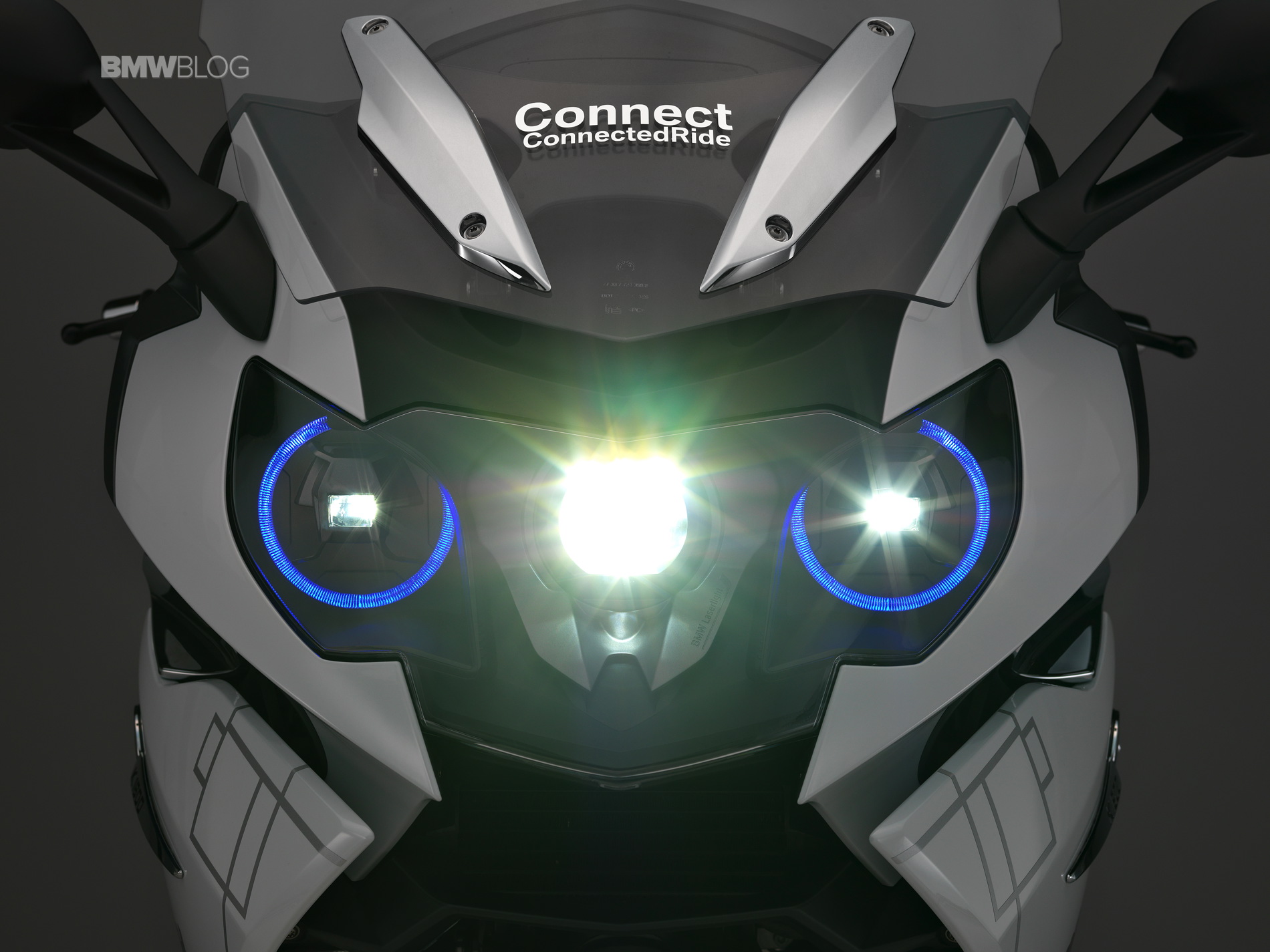 Another innovation introduced at the 2016 CES is a BMW K 1600 GTL bike with laser lights.

In the case of the K 1600 GTL concept vehicle presented here, the BMW Motorrad laser light is derived from a design from the automobile division of the BMW Group. The innovative laser technology is already available in the new BMW 7 Series as well as in the BMW i8. BMW Motorrad has now adapted this technology – which is as established as it is forward-looking – for motorcycling applications. Not only do laser light headlamps generate a particularly bright and pure-white light, but they even achieve a high-beam range of up to 600 metres, which is double that of conventional headlights. 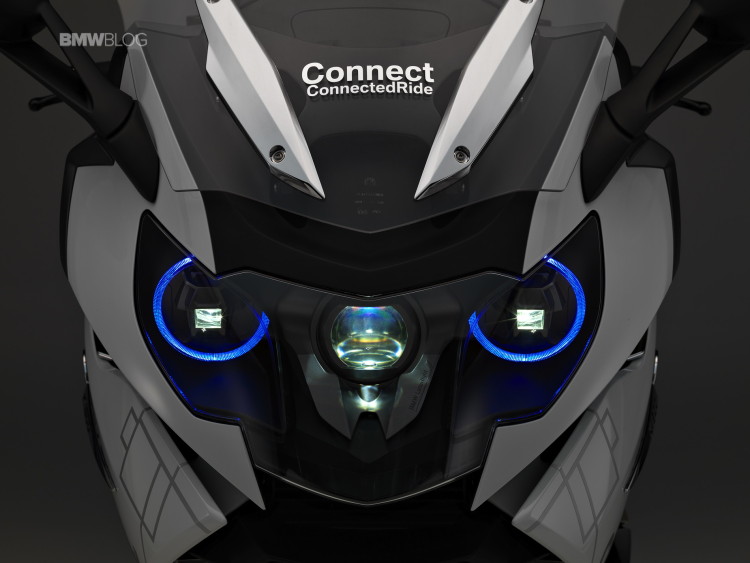 The safety of night-time riding has now increased significantly as a result, due not only to the increased range but also to the precise illumination of the road. Moreover, the laser technology has a very long service life, thanks to its compact, robust and maintenance-free construction.

BMW Motorrad laser light has been incorporated in the K 1600 GTL concept vehicle as a feasibility test. BMW Motorrad is testing the use of this headlamp technology in series vehicles in the course of its preliminary development. 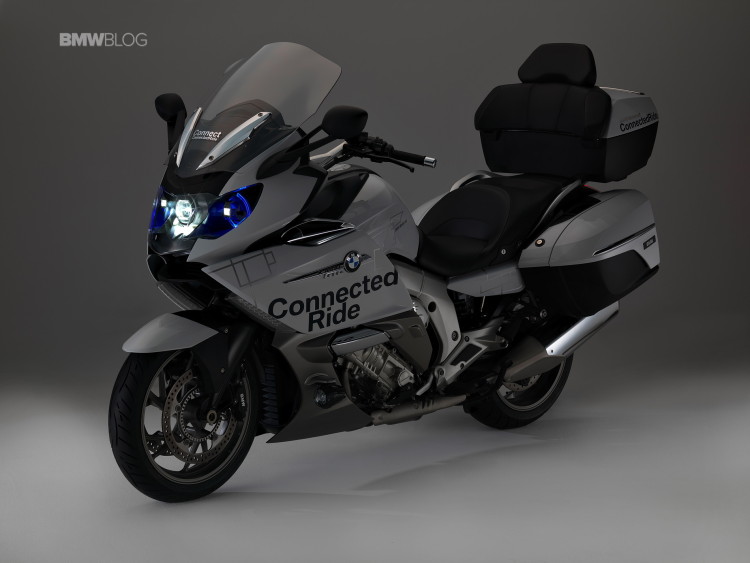 At the moment, the technology is still too cost-intensive for use in motorcycles. However, it is expected that the economies of scale resulting from their large-scale use in the automobile industry will result in a price structure with a clear downward trend. Its use in motorcycles could might then be imaginable in the medium term.