Rinspeed Σtos is the most ridiculous BMW i8 yet

Home » Rinspeed Σtos is the most ridiculous BMW i8 yet 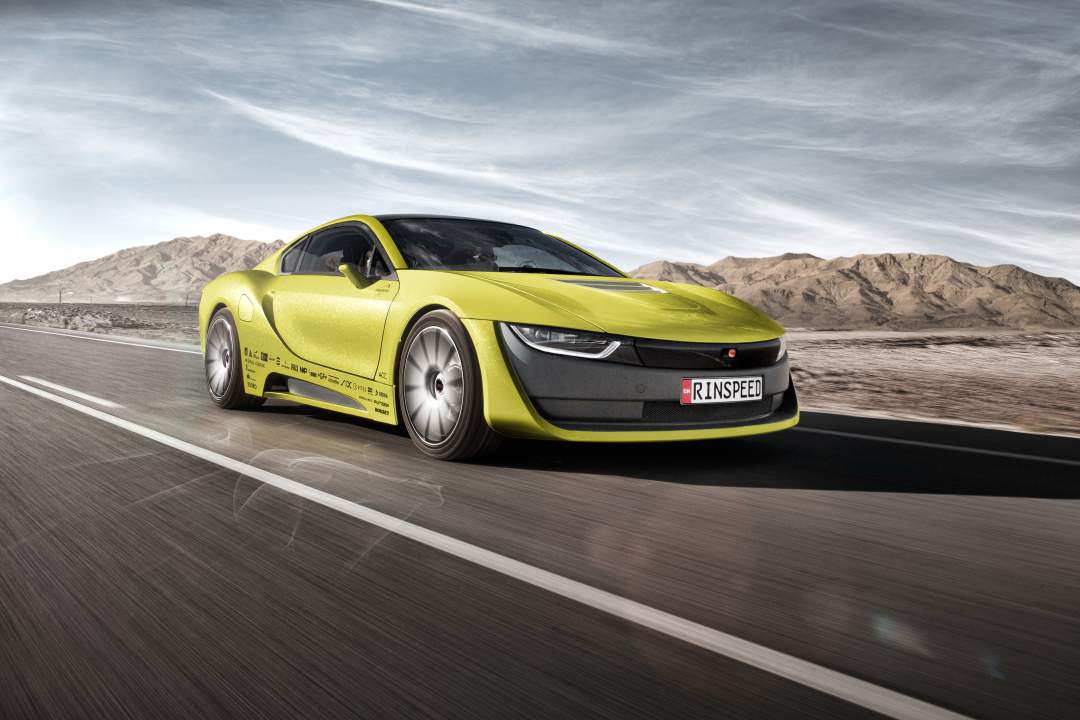 Recently, Tesla, BMW, Mercedes-Benz and Audi have all be working on their own autonomous car features. Tesla has been doing quite a lot of chest pounding over its latest Autopilot system as of late. To all of that, Rinspeed says “That’s cute”.

The Swiss company will be debuting a version of the BMW i8, called the Σtos, at this year’s CES that will make any zany idea that Elon Musk comes up with seem too sober for Mr. Rogers. Seriously, this Rinspeed Σtos is the craziest thing I’ve seen in a very long time. While watching the video about this creation, I felt like I was watching a BMW i8 advert if it had been made by Hunter S. Thompson.

Also, Rinspeed is calling this the “Etos”, but Σ doesn’t make an “E” sound. It actually makes more of an “s” or “z” sound. But good try, Rinspeed.

What Rinspeed has done is create a BMW i8 that is not only fully autonomous, but has the ability to tip valets, trades stocks for you and even pick up flowers for you via its autonomous drone sidekick. That’s right, it has its own drone sidekick that has its own landing pad on the trunklid of the Rinspeed Σtos that is made out of 12,000 LED lights. All of this works through a Harmon Connected Car infotainment System, which acts like Iron Man’s Jarvis if Jarvis had been taking acid.

On the outside, the Σtos doesn’t look all that much different from a custom designed BMW i8. It’s actually quite sober on the outside. It’s not very good looking, but at least it isn’t a monstrosity. The interior is a very different story, though. It looks like something John DeLorean would have designed in the ’80s for the year 2020. It’s madness. The steering wheel folds in half and then retracts into the dash to allow the driver to have more room during autonomous driving to, you know, read a book. As you do. It also has a bookshelf…

If all of the technology works, the Rinspeed Σtos is absolutely amazing. There’s no two ways about it. If it’s fully functional and can do everything as advertised, Rinspeed will have created one of the most amazing concept cars in the history of concept cars. However, that doesn’t take away from how absolutely bonkers it is.

The video provided by Rinspeed demonstrates everything the company is advertising and it’s quite remarkable, from a technological standpoint. But you can’t help but wonder how many hallucinogenics were taken during the production of both the vehicle and the video. It does get our attention though. So if you’ve ever dreamed of autonomously driving around a racetrack while reading a freaking book as your scout drone follows you around taking pictures for Instagram, then this Rinspeed Σtos is for you.

Quick question for Rinspeed, though. If the car can drive around the track autonomously, what’s the point of the driver reading in the seat?