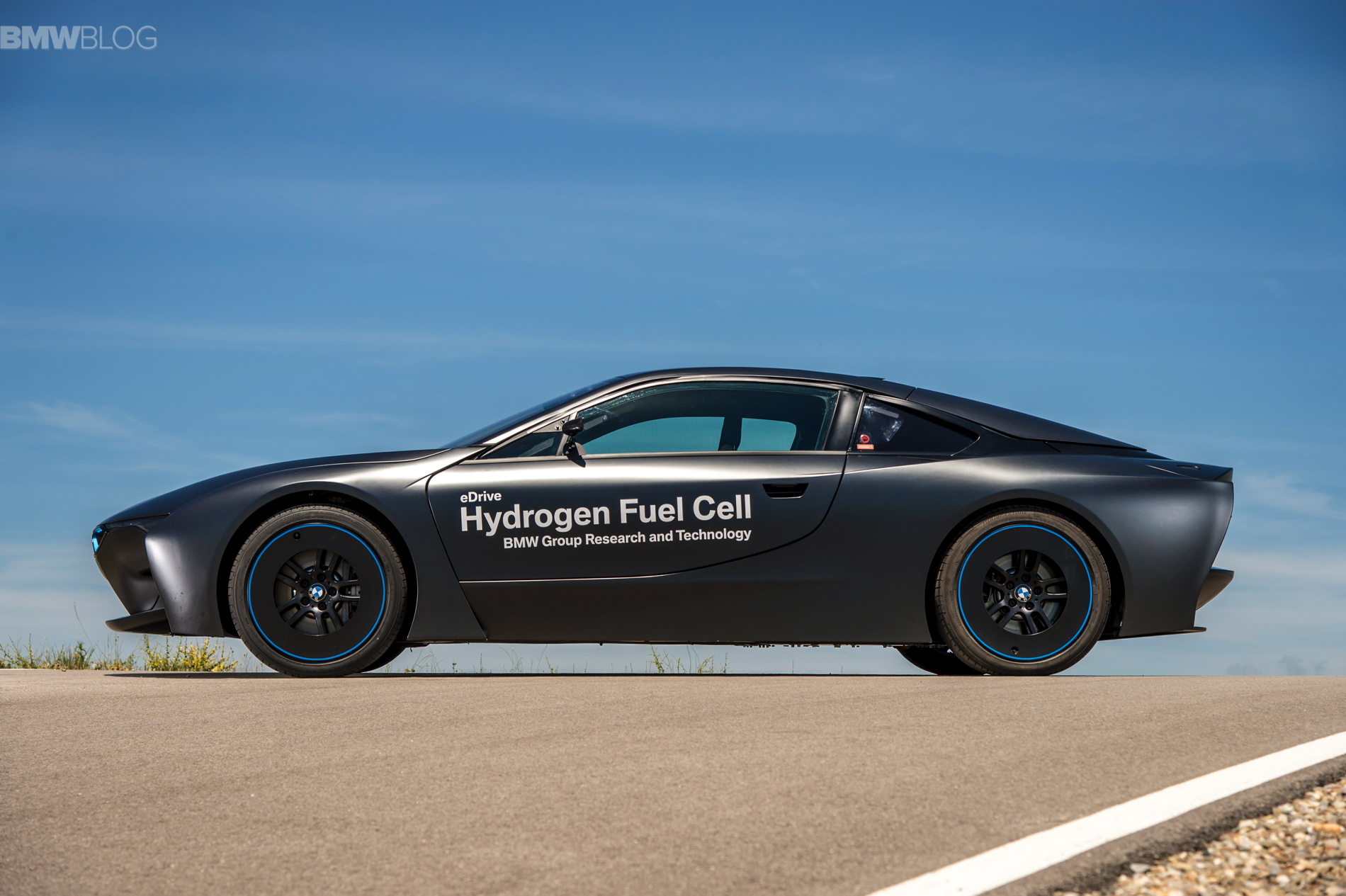 The “Hydrogen vs Battery” vehicle argument has been raging on for quite some time. Many automakers and auto enthusiasts feel that hydrogen fuel cell-powered cars are the best possible option for today’s market, while others feel differently and that pure battery-powered EVs are the way to go. It’s been a hot argument for quite some time and it seems like it’s an argument that the battery fans are winning.

While Tesla might seem outmatched, it’s actually the company winning the fight, as it produces one Model S right after another, while the other automakers have but one production hydrogen vehicle between them, the Toyota Miura. Though BMW is working on hydrogen technology and has a couple of 5 Series GT test mules running around, as well as some other hydrogen projects, and Honda is also working on its own hydrogen vehicle, called the FCEV.

Tesla, and owner Elon Musk, have been adamant that hydrogen is not the answer and that we must focus on pure battery power to create a better automotive future. BMW, Toyota and Honda, however, feel differently. They feel that battery technology simply isn’t up to par at the moment and won’t be for some time, so an alternative must be developed during the interim and they feel that hydrogen is the best alternative.

So who is right and which is the best course of action at the moment, hydrogen or pure EV? It’s an interesting question and isn’t as simple as that. Pure EV technology is the long-term solution and I don’t think that any automaker is disputing that. However, current battery and charging technology isn’t capable of filling the needs of the mass market and it seems that it could be quite a long time before it is. So, clearly, we need to work on batteries and get the technology to a point where they can sustain a charge long enough to accommodate ranges that petrol and diesel engine cars get now, but also must have recharge times similar to what we have now, with petrol and diesel, as well. But being that this will take quite some time, should we look into hydrogen in the interim?

Hydrogen fuel cell-powered cars are similar to EVs, except for that the batteries are charged via hydrogen fuel cells. To refuel these hydrogen fuel cells, you can pull up to a hydrogen refill station and refill them much like you would a normal internal-combustion engine car. So it takes all of five minutes to refill hydrogen and you’re back on your way. This fits our current infrastructure and would make the transition from gas to electric very easy. However, it still isn’t the long term answer, so is it worth pursuing at all?

Elon Musk would have you believe no, but BMW, Toyota and Honda all seem to say yes. BMW has been an innovator in the automotive world for decades and gave us the brilliant i3 and i8. Toyota gave us the first real production hybrid, with the original Prius, and Honda gave Californians a real taste of what a mass produced hydrogen car would be like, with the FCX Clarity. So these companies know what they’re talking about. It stands to reason that if three of the biggest automakers in the world are claiming that hydrogen is the answer for right now that they might be on to something. Elon Musk is vehemently refuting such an idea but, then again, of course he would as the success of hydrogen would be bad for Tesla’s business. So it’s hard to take him too seriously, being that his shouting is most likely out of his own self-preservation.

So what do you think, is hydrogen the right-now answer, or should we scrap hydrogen and focus all of our energy on battery technology?