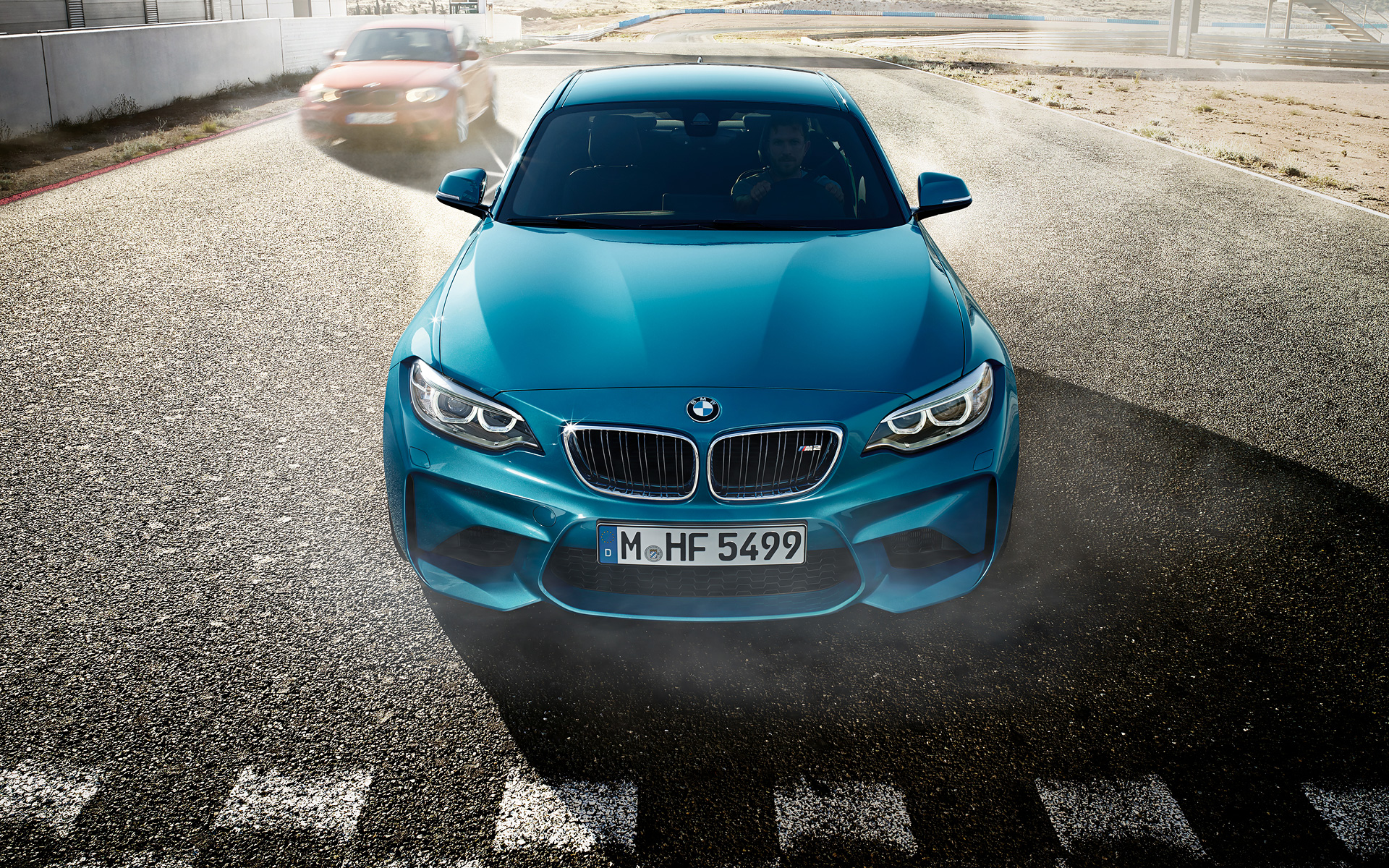 Finally, BMW M2 is out! The much awaited sports car was revealed this week and brings all the goodies we’ve been expecting. The sheer magnitude of people that expressed a desire to own this small performance beast is staggering. No wonder people are buzzing about the M2 all over the Interwebs.

The BMW M2 uses a brand-new six-cylinder in-line engine, with M TwinPower Turbo technology and three-liter displacement, developing 272 kW/370 hp with peak torque of 465 Nm / 343 lb-ft of torque. Peak torque of 465 Nm (343 lb-ft) can be increased to as much as 500 Nm (369 lb-ft) in short bursts under overboost. All of that tech and power allows the M2, with the optional M Double Clutch Transmission (M DCT) in place and Launch Control activated, to sprint from rest to 100 km/h (62 mph) in 4.3 seconds (4.5 s with the six-speed manual gearbox).

The top speed of the new BMW M2 is electronically limited to 250 km/h (155 mph). If the M Driver’s Package – which includes a BMW Driving Experience voucher for a track training course – is specified, this cut-off point doesn’t arrive until 270 km/h (168 mph). 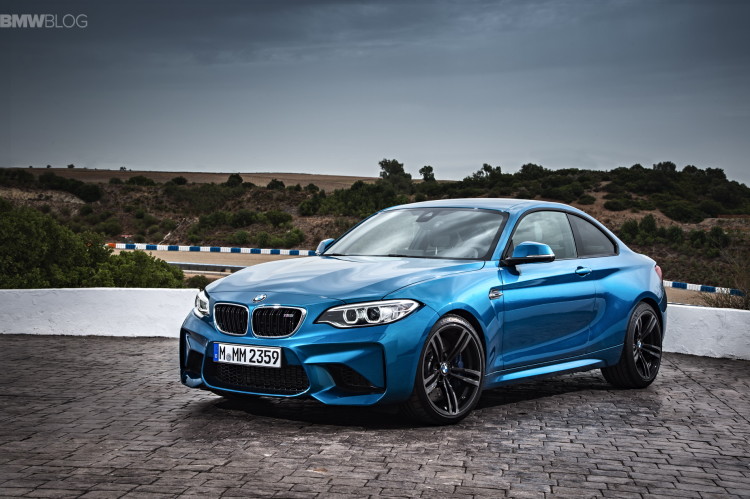 The M2 will be priced from 56,000€ in Germany. This is roughly translated into around $52,000 for the North American market – that is if the current pricing differences between US and German market is an indication. So if you are about to pull the trigger on the BMW M2, what alternatives would you consider in the same price/power range?

Ford engineers have confirmed that the 2016 Ford Focus will pack 350 HP and 350 lb-ft of torque. While 20 horsepower shy of the BMW M2, the Focus RS is the darling of the entry level performance hatch/sedan world. It comes with an all-wheel drive feature, great exterior looks and it packs some great performance – a sprint from 0-62mph (0-100km/h) in as low as 4.7 seconds. Estimated MSRP sets it around $36,800 when it becomes available in United States starting next year. 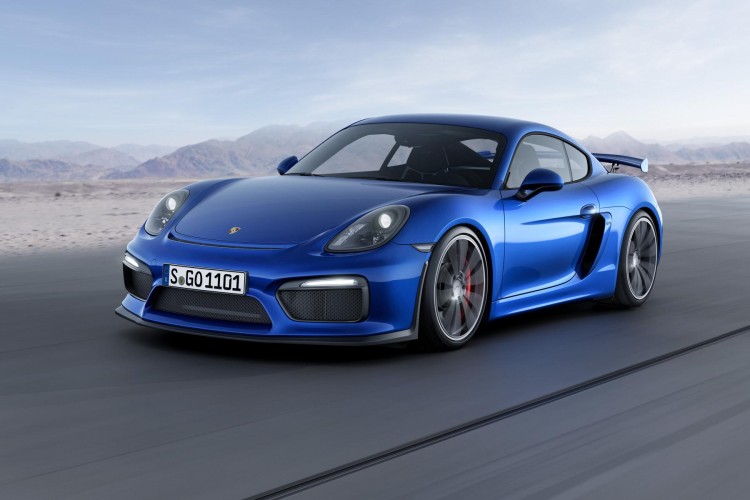 Released this year, the Porsche Cayman GT4 is the ultimate version of Porsche’s small sports coupe. It is priced at $84,600 – that if you can find it anywhere – thus significantly more expensive than the BMW M2. It comes with a flat-six engine is equipped with direct fuel injection that develops 385 horsepower allowing the vehicle to sprint from 0-62mph (0-100km/h) in just 4.2 seconds. If you want to come a bit closer to M2’s price range, then the Porsche Cayman S will do the trick. For a car developing 325 horsepower that sprints from 0-62mph (0-100km/h) in just 4.7 seconds, you will have to pay around $64,000 and it gives you one heck of a car overall as well. 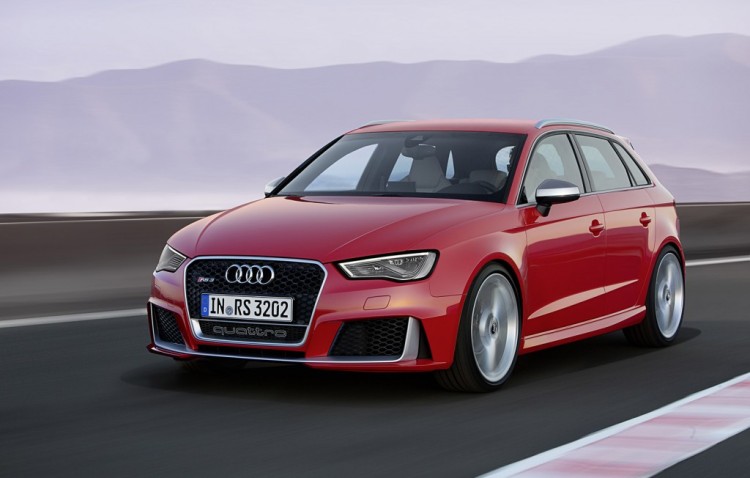 Starting at 53,390€, the 2015 Audi RS3 competes directly with the BMW M2 on several levels. It comes with a 2.5 Liter TFSI engine producing 367 horsepower and 465 Nm of torque and the Quattro all-wheel drive system. It can sprint from 0-62mph (0-100km/h) in as little as 4.3 seconds – same as the BMW M2. Unfortunately, Audi doesn’t sell the RS3 in USA right now. You can however order the slightly less powerful, but now available, Audi S3 Sedan.

While it may not be as track oriented as the BMW M2, the Mercedes-Benz CLA 45 AMG is certainly a capable competitor. It features an AMG tuned 2.0 liter turbo charged engine delivering a nice 355 horsepower, allowing the vehicle to sprint from standstill to 62 mph in 4.4 seconds. Price is set at $48,500 MSRP, making it somewhat cheaper than the estimated M2 pricing. It comes with a four-door layout and many luxurious items, specific to this segment. 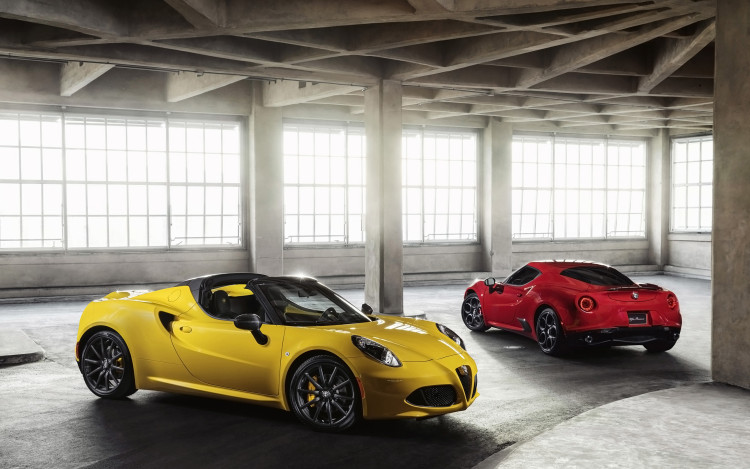 The darling of the automotive world. The epitome of Italian design and passion, all combined with impressive performance – This is the Alfa Romeo 4C. The super sporty two-door roadster brings an exciting level of fun and performance in the segment. Its pricing is set at MSRP $53,900, around the same levels as the BMW M2. The car is powered by a 237 hp, 258 lb-ft torque turbocharged inline-four, with a top speed of 160 mph and a weight-to-power ratio of 10.4 lbs/hp. With a 4.1 second 0-62mph (0-100km/h) sprint time, it certainly is no slouch by any means.