We recently test drove the current-gen Audi Q3, which has been on sale in Europe for a couple of years now but is quite new to the US market, and cam away impressed in a different way than usual. Normally, when we test a car, performance and fun are the biggest factors for us. To be completely blunt and honest, the Audi Q3 had neither of those things. Instead, the Q3 is quiet, comfortable, well-equipped, competent and well built. It’s the anti-journalist’s car. Though, admittedly, that’s mostly what we expected from it and what is generally desired by people who buy cars in that segment.

Which is why driving the BMW X1 was so surprising. When we first drove the X1, we expected it to be much like the Audi Q3, competent, quiet and comfortable. And it is all of those things. However, it’s also fast and fun, qualities that seemed to have escaped the Audi Q3. 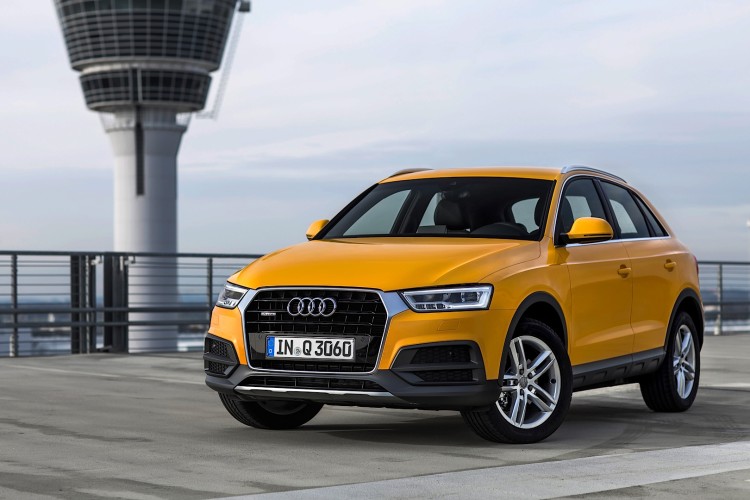 The Audi Q3 uses a 2.0 liter turbocharged four-cylinder engine, making 200 hp and 210 lb-ft of torque. That power is sent through a standard six-speed automatic Tiptronic transmission which puts the power down through all-four wheels using Audi’s Quattro system. Considering that the Audi Q3 isn’t the lightest small SUV in the world, weighing in at around 3,600 lbs, the 2.0 TFSI engine is quite outmatched. The 0-60 mph spring takes an uninspiring 7.8 seconds and it feels every bit as slow as that number indicates. When driving the Q3, it seems like a constant struggle for the engine to maintain speed. Which isn’t something you’d expect from the Audi brand. The six-speed DSG gearbox in the European market Q3 might help spruce things up a bit, but that’s something us Yanks don’t get. 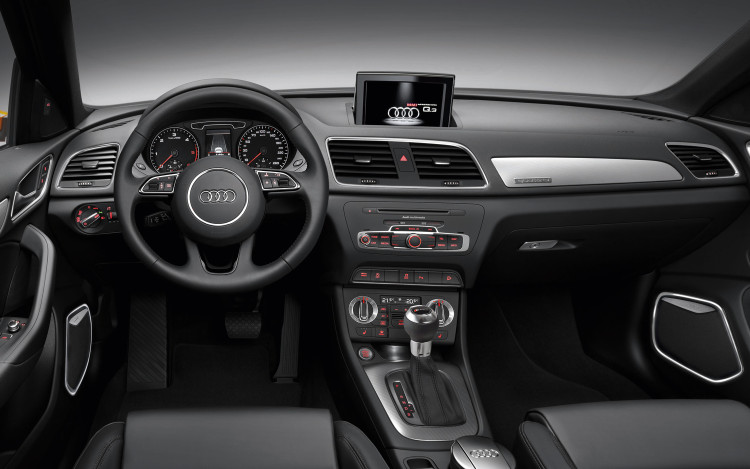 The Audi Q3 does have redeeming qualities, which are, to be honest, more important in this segment than performance. The cabin feels incredibly well built and gives a sort of ‘bank vault’ feel normally associated with more expensive luxury cars. The switchgear and control knobs all feel as if they’ll last forever and are even made out of knurled aluminum, which feels fantastic. The genuine leather seats and steering wheel feel top notch and expensive. While the Q3 isn’t fast, it is comfortable. The suspension is excellent and manages to iron out bumps while also feeling perfectly stable. It’s very Germanic. The cabin is also whisper quiet, even at speed, and it’s overall just a very nice car to drive. The Audi Q3 makes a strong case for being the best small SUV in its class.

The new BMW X1 is the whole package

However, it’s case is unfortunately closed as the BMW X1 has taken the top honors. It’s close, admittedly, and the Audi Q3 would probably come in second place in the class, but the BMW X1 is the best small SUV on the market. We must be subjective when testing cars and it’s impossible to drive both cars back to back and feel otherwise. The BMW X1 is not only faster, more efficient and more fun to drive, but it’s also just as quiet and more practical. The new BMW X1 is the whole package. 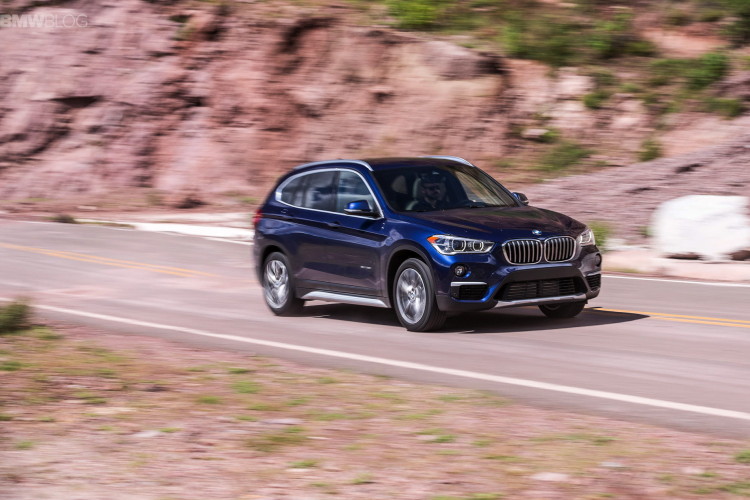 Also using a 2.0 liter turbocharged four-cylinder engine, the BMW X1 makes 228 hp and 258 lb-ft of torque, much heftier numbers than the Q3’s. Those bigger numbers help motivate the X1 from 0-60 mph in 5.9 seconds, almost two seconds faster than the Q3. But the X1 is also more efficient, as the Audi Q3’s estimated average mpg is 23, while I averaged 28 in the X1 during severely hard driving for a couple of hours straight. Those few hours were also an absolute blast. No kidding, BMW’s first front-wheel drive based vehicle in the US is a ton of fun and it’s an all-wheel drive soccer-mom’s crossover. But it’s a hoot to drive. It feels more like a hot hatch than an SUV. 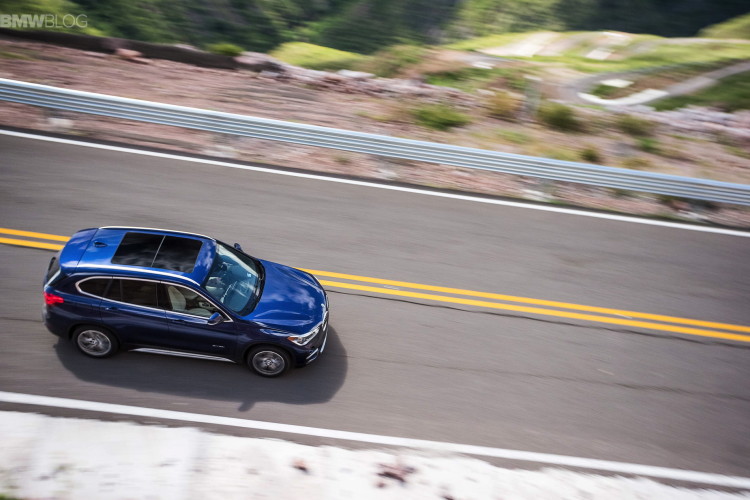 The BMW X1 is a revelation in the small crossover world, as it’s both practical and fun, fast and efficient…

WHICH ONE SHOULD I BUY?

In terms of quiet and comfort, the X1 is right there with the Q3. The suspension in the X1 is considerably more firm than in the Q3, and as a result is less comfortable over regular pavement. However, that firmer suspension is a standard M Sport suspension that is a big part of the reason why the X1 is so fun to drive. But that’s not to say that the X1 is uncomfortable, because it isn’t. It’s very smooth and very well damped, it’s just firm. The cabin and seats are equally as comfortable as in the Q3 and it’s also whisper quiet inside, with excellent NVH. Though, the BMW X1 comes with Sensatec fake leather, instead of the genuine cow-hide in the Q3. The Average Joe can’t tell the difference, however, and the Sensatec is more than adequate. The seats themselves are quite comfortable, however, and overall the X1’s cabin is larger, more capacious and more comfortable.

Both of these SUVs are excellent and are worth a look for anyone looking to buy in the segment. However, the BMW X1 is the better package. While the Audi Q3 is an excellent overall package, and probably would be the best if the X1 hadn’t come along, it can’t hang with the new Bimmer. The BMW X1 is a revelation in the small crossover world, as it’s both practical and fun, fast and efficient and it’s affordable. Plus, the X1 starts at $1,000 less than the Q3. It’s the perfect small SUV.