Circuit Of The Americas Experience With Michelin

Home » Interesting » Circuit Of The Americas Experience With Michelin 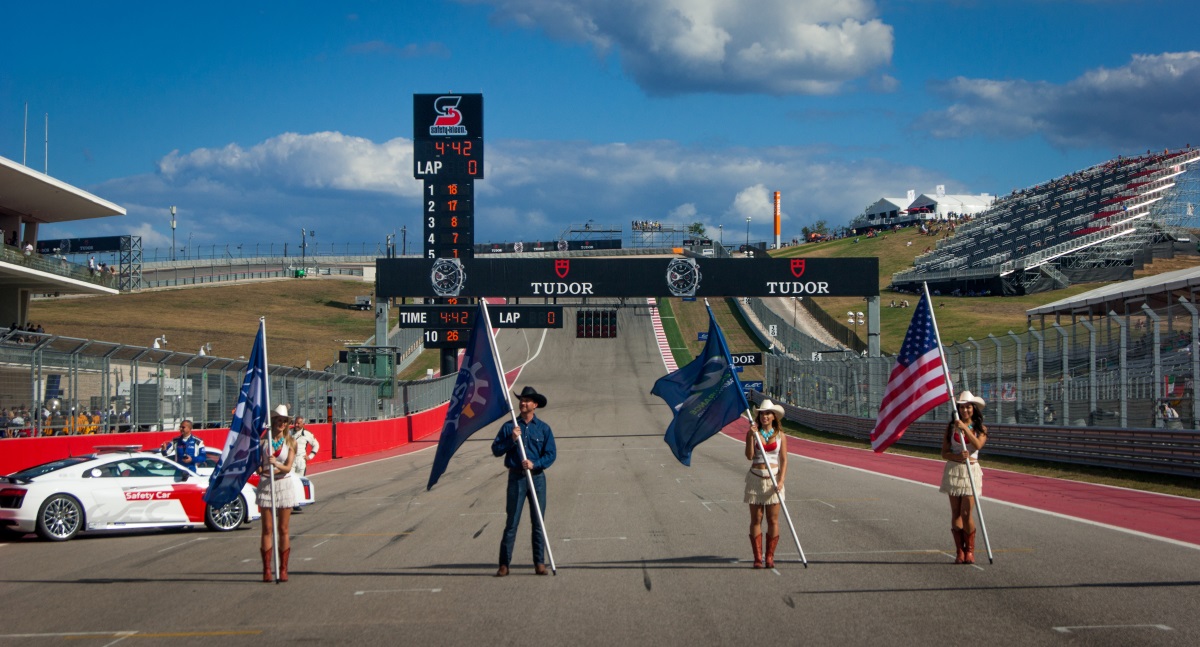 I had to take another sip of my coffee, not because I was tired from not being able to sleep the previous night due to excitement, but because I was sitting across from legendary Audi Motorsport driver Allan McNish and I had to do something. I mean, it had been a few minutes and I am fairly certain I was listening a little too intently, and as a result, not moving. So I took a sip. It was cold, but at least I wasn’t just staring at him.

I’ve been to driver meet-and-greets before, they are nothing like what we were experiencing. Usually there is a group of people, the driver comes in and talks to the crowd, takes a couple questions, maybe a picture or two, then is gone. But when Michelin sets up the meeting, it’s a personal one-on-one over coffee. That’s the kind of respect teams give Michelin.

This was just one of the many highlights of an amazing weekend at the Circuit of the Americas in Austin, Texas put together by Michelin. The Lone Star Le Mans has become a marquee event on the racing calendar with both the Tudor Championship and World Endurance Championship competing on the same day at this world-renowned circuit. And with all of Michelin’s sports car technical partners in one place, it’s a perfect venue to show off their passion for the sport.

Our weekend started with Michelin flying us into Austin on Friday morning. Our group was small, consisting of a few BMW Car Club of America contest winners, a journalist, and a couple brand ambassadors. We all hopped into a fleet of Audi A4s and headed to the beautiful Barton Creek Resort and Spa to drop off our bags and grab some lunch before heading out to watch qualifying.

When we arrived at the track, we checked into the Le Mans Spirit Club where Michelin ambassadors were waiting for us. They had set up some private garage tours that we were sure to love. First up was Porsche Motorsport, where we were instructed that there would be no cameras allowed. When we walked in, we understood why, as the 24 Hours of Le Mans winning Porsche 919 LMP1 was sitting there completely exposed.

To quite a few in the racing community, the top level prototypes have become the most technologically advanced form of racing in the world. Sports car racing’s more open rules, as compared to Formula 1, has led to more advanced technologies over the last few years. This is why Michelin races here, because of the open tire classes. And they don’t just race, they win, highlighted by 18 consecutive 24 Hours of Le Mans victories!

After drooling over the amazing Porsche LMP1, we made our way over to the Risi Ferrari Competizione garage where we were given another full access tour. They were a little more open and allowed us to swarm all around their 458 Italia GTLM. It was fantastic that the team would be so open to chat with us, even after a frustrating start to the weekend that saw them a little off pace.

When we finished filling our brains with all the awesomeness that is race cars, we jumped back into the silver Audis and headed to the world-famous Salt Lick Bar-B-Que to fill our bellies with amazing food!

You’d think with all that great barbecue and beer in my belly I would pass out that night, but I didn’t. I was just too excited to get to the race track to root on BMW Team RLL. The two hours of jet lag didn’t help either, making the next morning arrive rather quickly. Which brings us back to sitting across from Allan McNish sipping on my coffee.

We sat and chatted with Allan for quite a while as he was more than willing to answer all of our questions. He had a few good stories to tell too, like his first time driving on the Michelin intermediate slick tire (a tire with no grooves designed for damp conditions) and another that included dried eggs and yogurt, jacking up cars in a dark parking lot, and missing lug nuts! 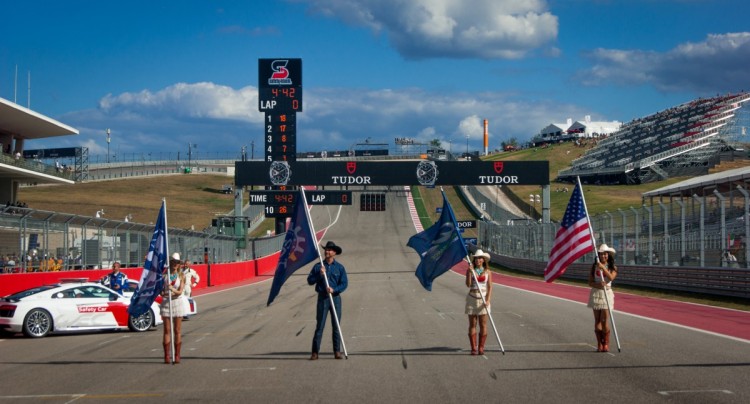 When the green flag dropped for the Tudor race, we made our way down to the Michelin Motorsport hauler where they had set up a hot pit tour. We threw on radio headsets and strolled down the pit lane doing our best to stay out of the way of the all of the busy crew men.

An interesting tidbit we learned while on our tour is that Michelin partner teams don’t buy their tires, they lease them. The reason for this is that Michelin has proprietary technologies built into their tires, and they don’t want any competitors to get their hands on it. Thus all tires are barcoded, assigned to teams, checked out at the beginning of the race, and then checked back in at the end of it. Even if a tire is destroyed out on the circuit, Michelin team members will go out after the race and make sure all major pieces are picked up.

These innovative technologies don’t just stay at the race track though, as Michelin applies them to their high performance street tires. The Michelin Pilot Super Sport tire features compounds that were derived directly from the race tires so that it can provide maximum traction in dry and wet conditions.

For the race, BMW Team RLL decided to go on a different tire strategy than the rest of the GT teams as they opted to run the harder of the two Michelin compounds. With the blazing hot temperatures and a perfect fuel strategy, Bill Auberlen and Dirk Werner worked their way to the front of the field and took over the lead with just minutes to go. It was a gutsy strategy and it paid off with a much needed win!

After the checkered flag dropped on that exciting finish, it wasn’t long before the Porsche, Audi, and Toyota prototypes were taking the green flag for the 6 hour WEC race. The contrast between the top level race cars from each series is stark as the Tudor cars roar down the straights with their classic V8s, and the WEC’s fly by with a futuristic whir.

With the sun starting to set we took a tour around the track and ventured up the hill to Turn 1 overlooking most the circuit. If you were going to choose one spot to watch a race at COTA, this is it! Grab a beer, sit on the grassy hillside, and enjoy the cars race up the hill and jockey for position at the tight first corner with the COTA Tower in the background and downtown Austin on the horizon.

As the sky turned dark and the headlights came on, we made our way over to the COTA Tower and took the elevator to the top. There’s something peaceful about racing at night, especially at 250 feet above the track surface. With a breeze finally cooling things down a little, I leaned over the railing and watched the cars go by under my feet. As if on cue, fireworks started to go off just on the other side of the track. It was the perfect ending to a perfect weekend.

Michelin’s passion for motorsport isn’t just a brand mission statement, it is rooted in every employee’s love for what they do, and this visible in the performance and quality of products that they produce. Thanks to everyone at Michelin for an incredible couple days!