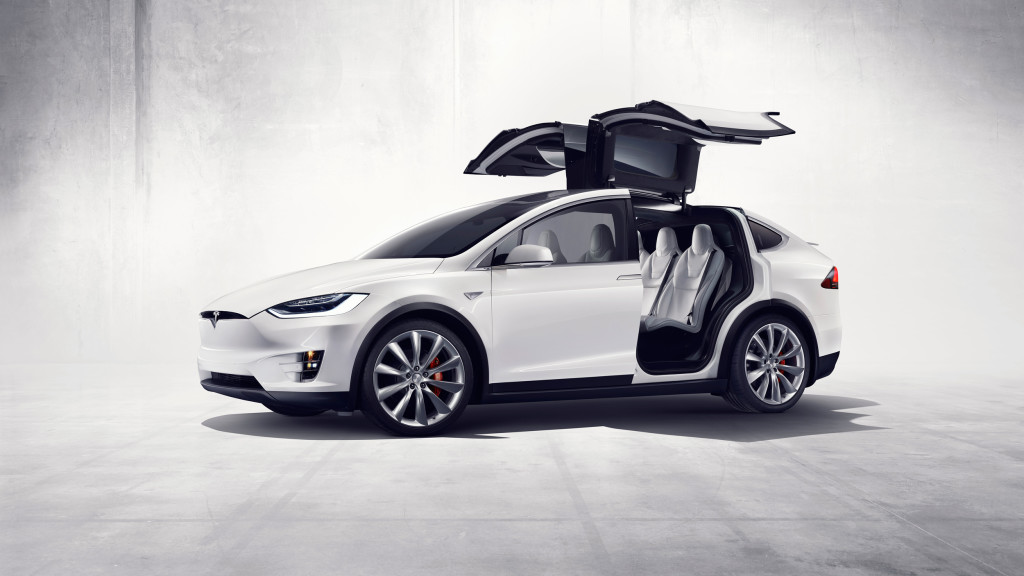 Some sneaking YouTubers were recently able to catch some video of a Tesla Model X test mule driving around in the wild. The two creepers were able to corner the Model X in a parking lot and ended up right behind it as it opened up its rear gullwing doors, dubbed Falcon Doors by Tesla. In the video, we get a good look at the process and mechanism of the doors and how they open. The do look pretty cool, but there are a couple of troubling aspects of the design.

When the doors open, it seems that there isn’t a ton of room on either side as the car opens, making this possibly difficult to do in tight spaces. While it doesn’t look terrible, we’re definitely going to have to see the Model X open its Falcon Wings, or whatever Tesla wants to call them, in a tight parking spot to make sure its occupants aren’t trapped in the egg-looking Model X. Another strange aspect of the car is that the front doors open like normal doors. We saw this in renderings and pictures, but in real-time, with both doors open, it looks rather odd. It’s a curious design and I’m not quite sure I like it. The rear doors look cool on their own from behind, but with both open the car just looks strange and not very sleek, it just seems messy.

That’s another thing, in person the Model X is not a very good looking car. It looks like a Model S got some bad collagen implants and is all puffy now. Which is surprising, because the Model S is an attractive car. Its design is getting a bit stale now, compared to when it first debuted, but it’s still a handsome looking car. This Model X, though, shows that Tesla designers have no imagination and just made a fat Model S with no other interesting design cues except for doors that may or may not trap rear passengers if the parking spot is tight.

The Model X seemed to be the next big thing when we first heard about it. But with cars like the Audi e-tron Quattro debuting, we can see that the Model X is hopelessly behind the times. in terms of innovative design. It looks like a Model S turned into a minivan and doesn’t have much more than the Model S, in terms of innovation and technology. The more and more I see the Model X, the less I’m impressed. But kudos to the people who found it driving around and got some video for us all to watch.