BMW Golf Championship kicks off next week in Chicago

Home » BMW Golf Championship kicks off next week in Chicago 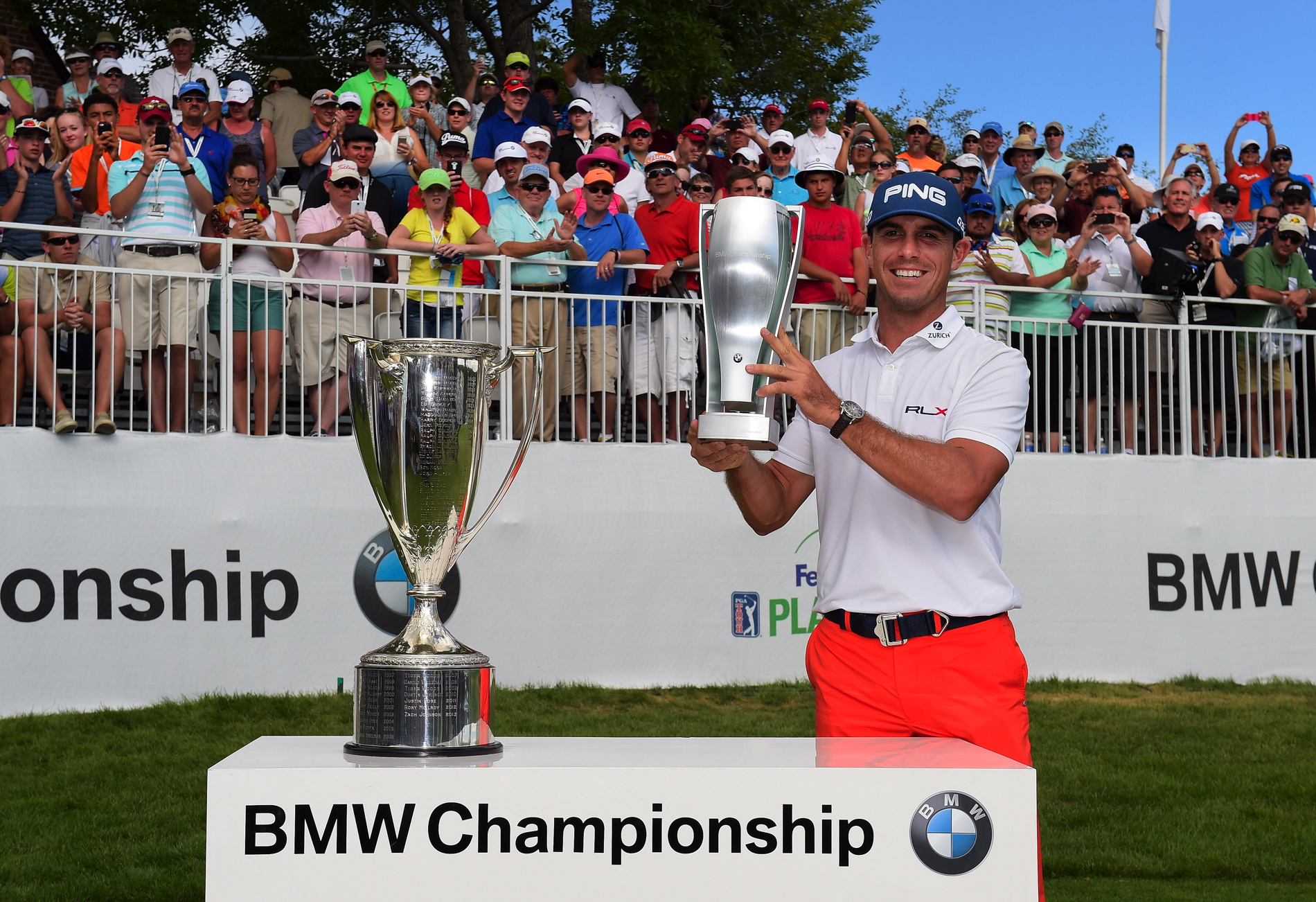 On the PGA TOUR, the time has come when the pros can no longer afford to make any mistakes and outstanding sporting performances are required – “Crunch Time” as they say on the American sports scene. At the BMW Championship at Conway Farms Golf Club in northern Chicago (14th to 20th September), the wheat will be separated from the chaff at the highest level: Of the 70 world class players who qualified for the penultimate round of the playoffs for the FedExCup, not even half of them – just 30 pros – will make it to the TOUR Championship in Atlanta. 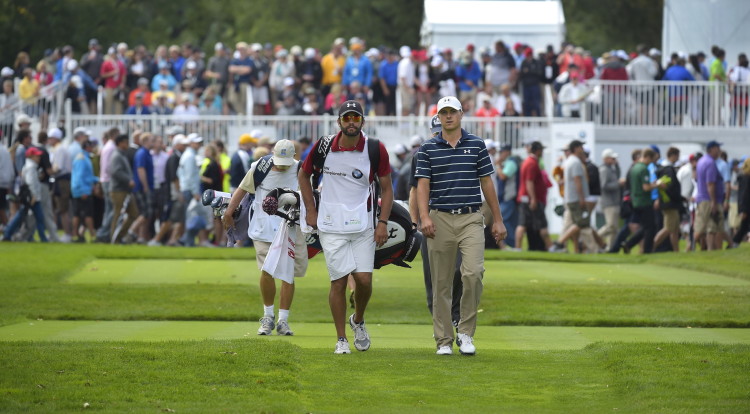 “The BMW Championship is a highlight on the calendar of our global BMW Golfsport involvement,” said Thorsten Mattig, BMW Group head of sports marketing and brand cooperation. “Not only because, as the third of four playoff events, it possesses an extremely high quality of sport. The BMW Championship was the first tournament ever to be crowned ‘Tournament of the Year’ three times in a row by the PGA TOUR. This shows that BMW and our partner Western Golf Association give the golf fans an exceptional tournament experience – and we have made every effort to provide this once again to everyone involved in 2015. 130,000 spectators came to Conway Farms two years ago. We are sure that this year the BMW Championship will once again be one of the most popular tournaments of the PGA TOUR.” 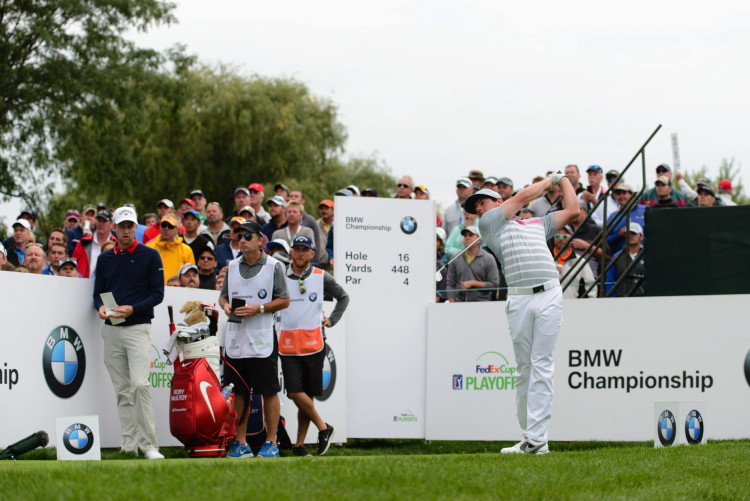 This year’s BMW Championship will be hosted at the Conway Farms Golf Club, making it the second time this venue has staged the event, after it first hosted the championship in 2013. The winner two years ago was Zach Johnson (USA), who won his second Majors title at the Open this year, and in seventh place (2,241 points) in the FedExCup rankings is one of the top favourites. 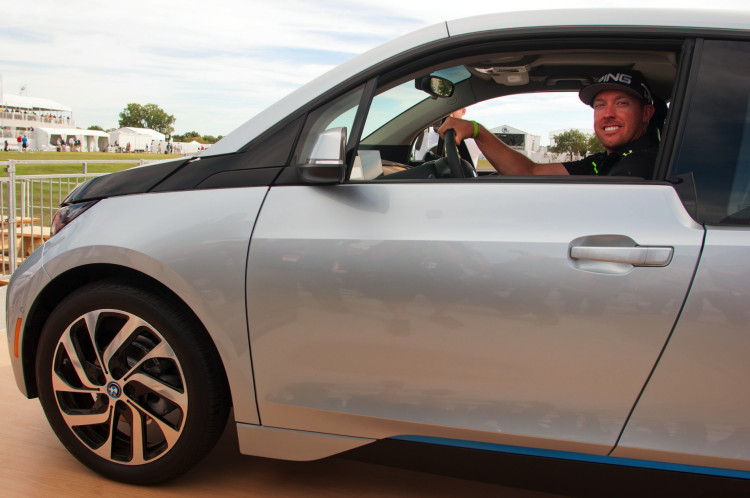 The fans in Chicago can also look forward to the “big three”: Jordan Spieth (USA, world number 1, 4,169 FedExCup points – second place), Rory McIlroy, (Northern Ireland, number 2, 1,729 points – 17th place) and Jason Day (Australia, number 3, 4,680 points – first place). Day (PGA Championship) and Spieth (Masters, U.S. Open) have shared the three other Majors of the year among themselves; Day won the Barclays at the playoff opener and McIlroy has already experienced victory at the BMW Championship (2012). The stage is set for a spectacular three-way battle. 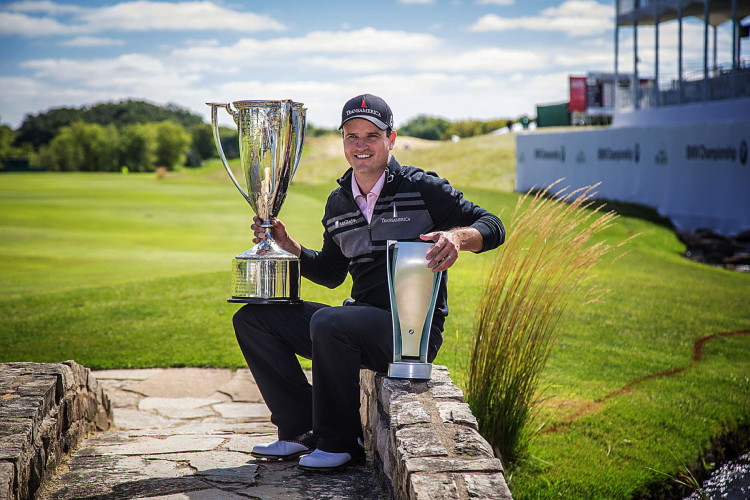 And let’s not forget Jim Furyk (USA, 2,087 FedExCup points – ninth place). It was at the Conway Farms Golf Club that the world number seven made history two years ago: Furyk was only the sixth player ever to achieve a round of 59 on the PGA TOUR – and in conditions that were far from easy, it was very windy. Justin Rose (England), who has impressed with outstanding consistency this season, shone at the Majors finishing second, 27th, sixth and fourth, and won the 2011 BMW Championship, is also one of the top favourites. The same is true of Henrik Stenson, who in 2013 achieved the feat that is yet to be repeated of winning the FedExCup and the Race to Dubai in the same season. The Swede returned to top form just in time for the playoffs. With 3,352 points to his name, Stenson is fourth in the FedExCup rankings – despite being the player to have contested by far the fewest tournaments of the top ten players in this classification. 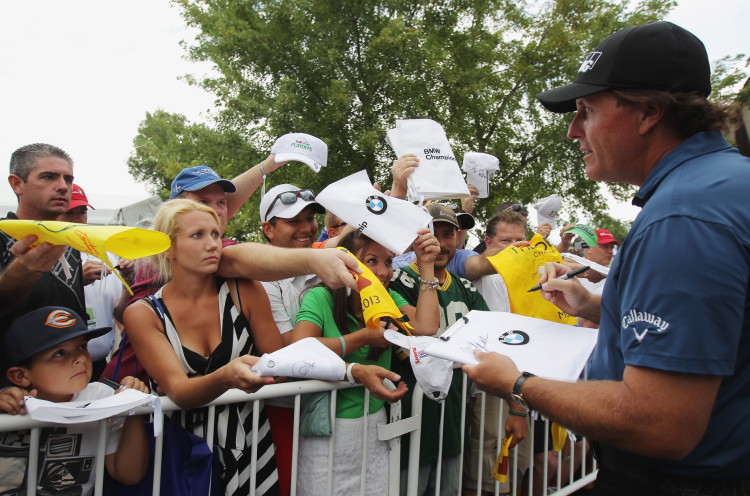 The winner of every playoff event is awarded 2,000 points, meaning that a good result this week makes anything possible even for stars further down the field such as Phil Mickelson (USA, 61st place) or reigning champion Billy Horschel (USA, 67th place). However, the only German player to compete in this year’s playoffs was extremely unlucky: In 71st place, Alex Cejka missed out on qualifying for the BMW Championship by just four points.

At the BMW Championship this year, two spectacular Hole-in-One prizes are up for grabs: the plug-in hybrid sports car, the BMW i8 (for the first ace on the 11th hole) and the new BMW 7 series (for the first ace on the 17th hole). Good omen for the pros: The only Hole-in-One car to have ever been won in the history of the BMW Championship to date was the all-electric BMW i3 – at the Conway Farms Golf Club. Hunter Mahan (USA) hit the lucky shot on the 11th hole.

Whatever happens, the winners of the BMW Championship are the scholarship holders at the Evans Scholars Foundation, who are the benefactors of all of the proceeds from the BMW Championship. The Evans Scholars Foundation awards college scholarships to caddies. Since 2007, when BMW became the Title Partner of the tournament, more than 19.6 million dollars have been donated. 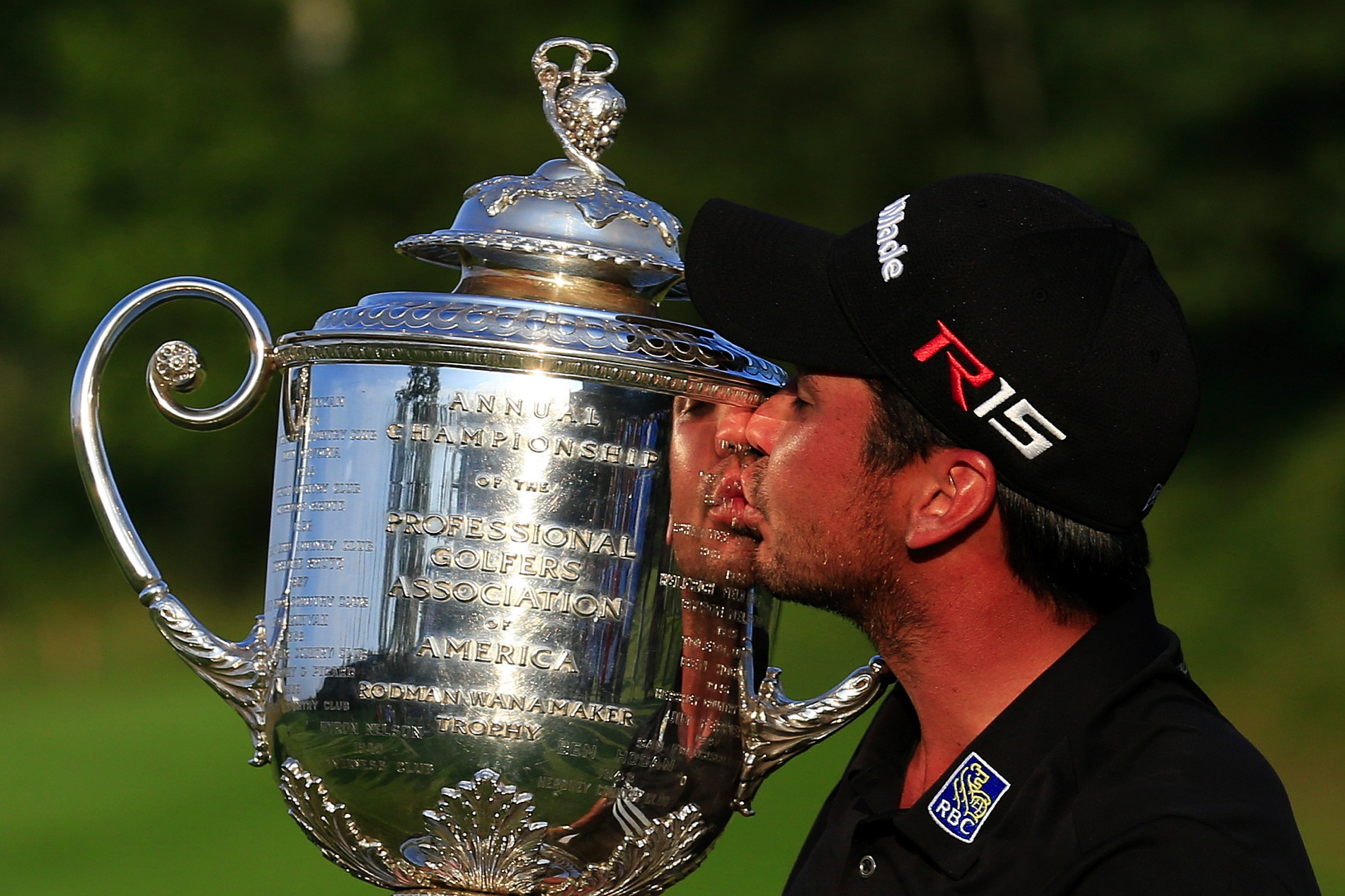 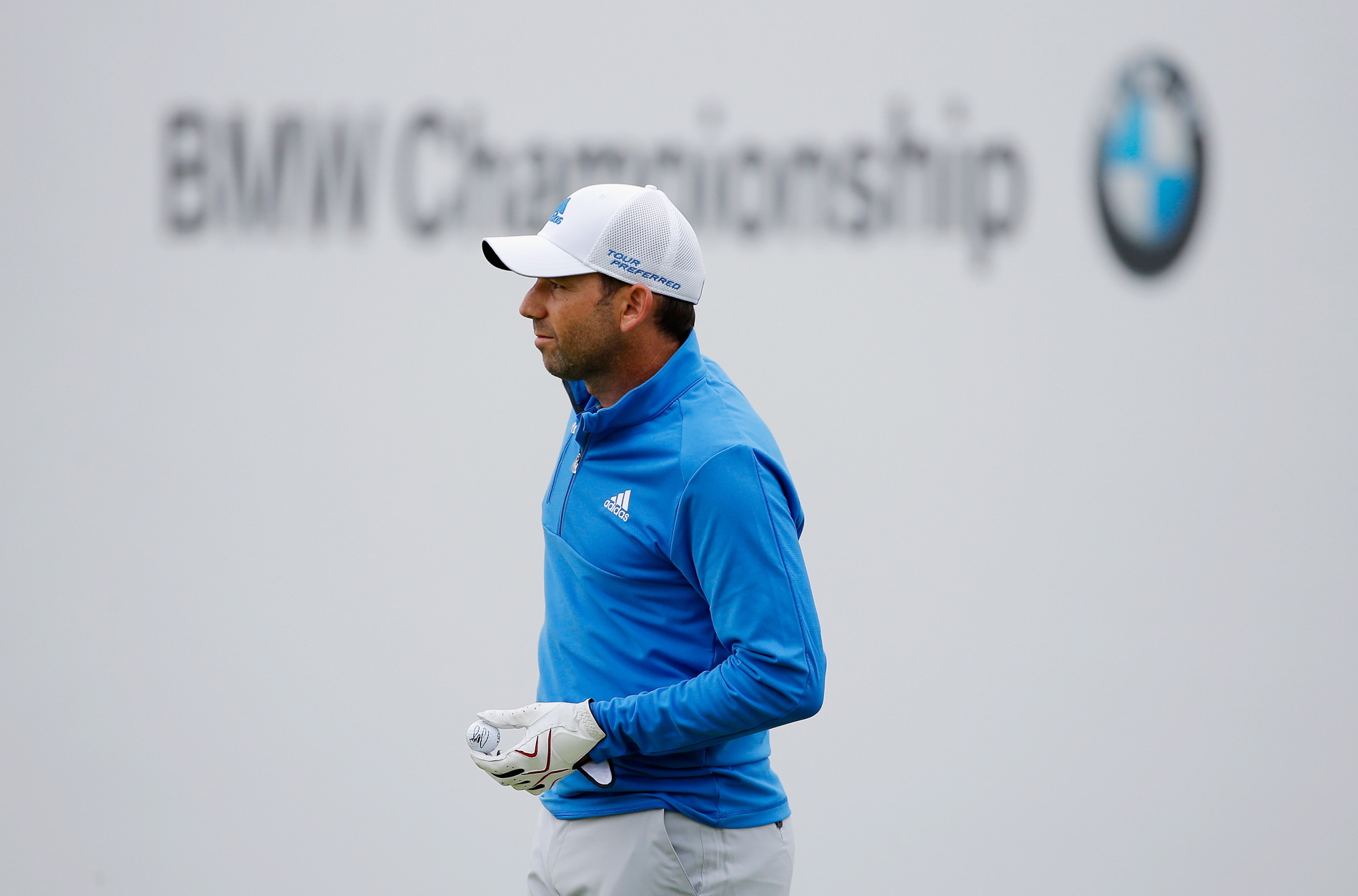 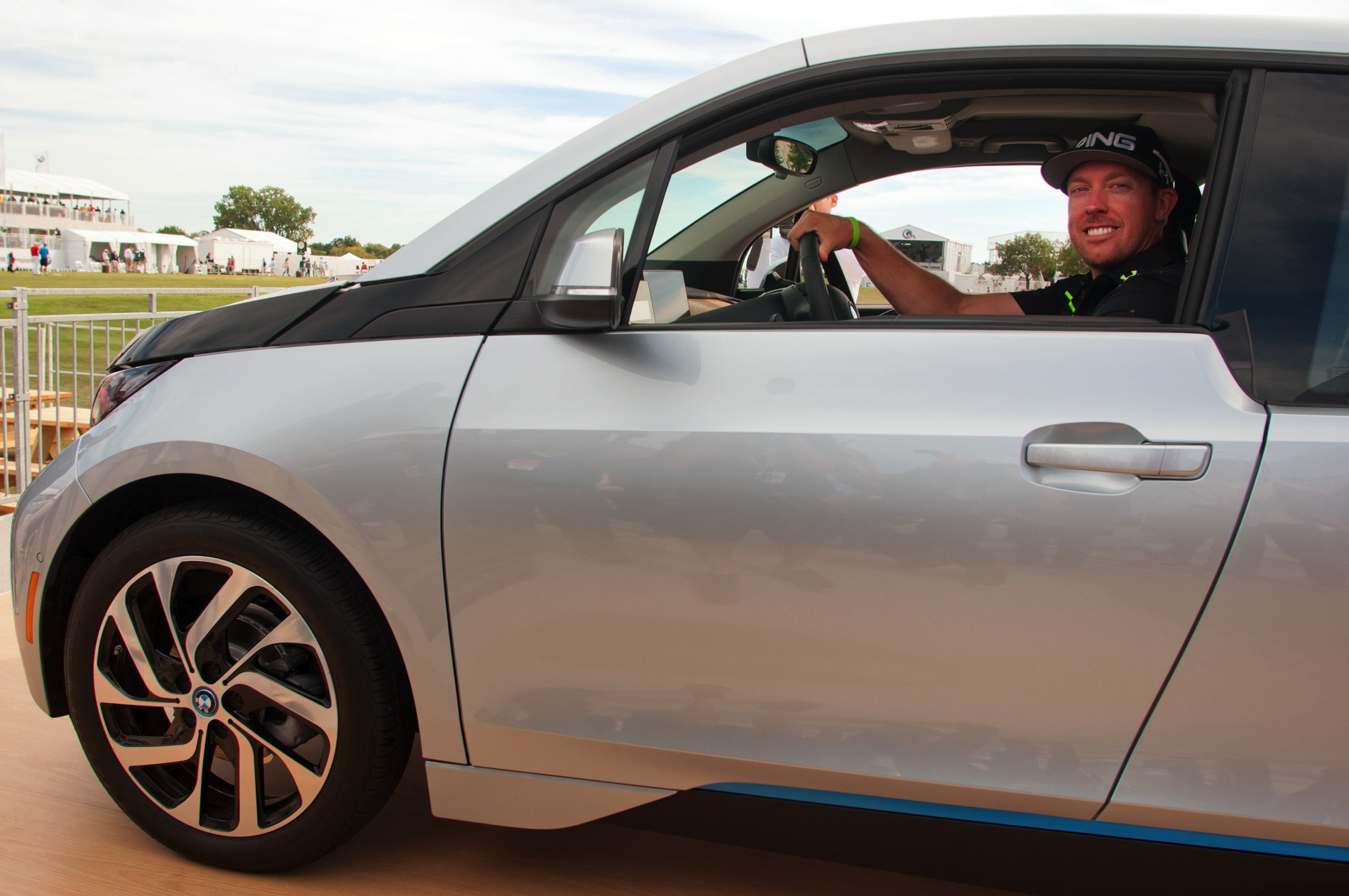 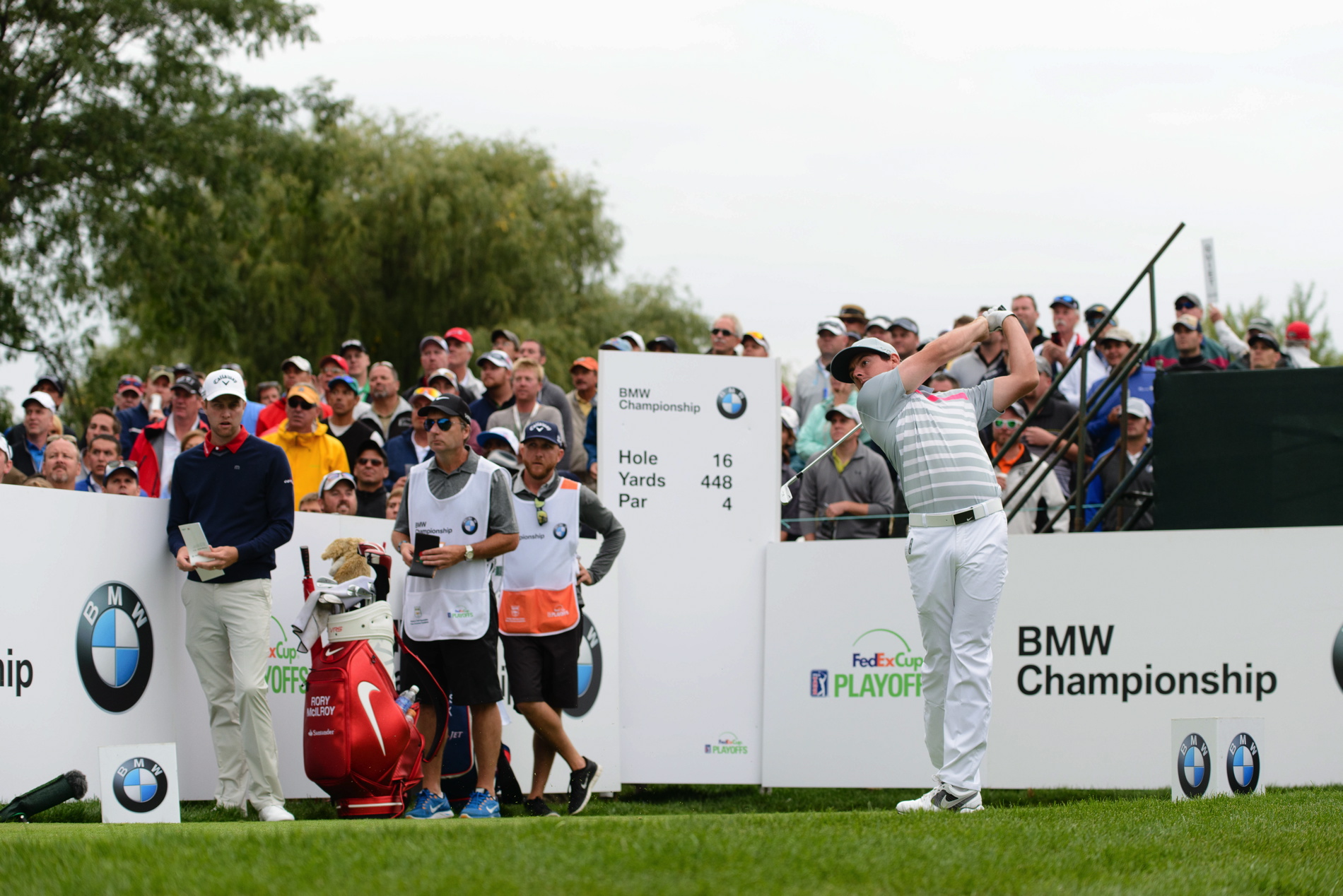 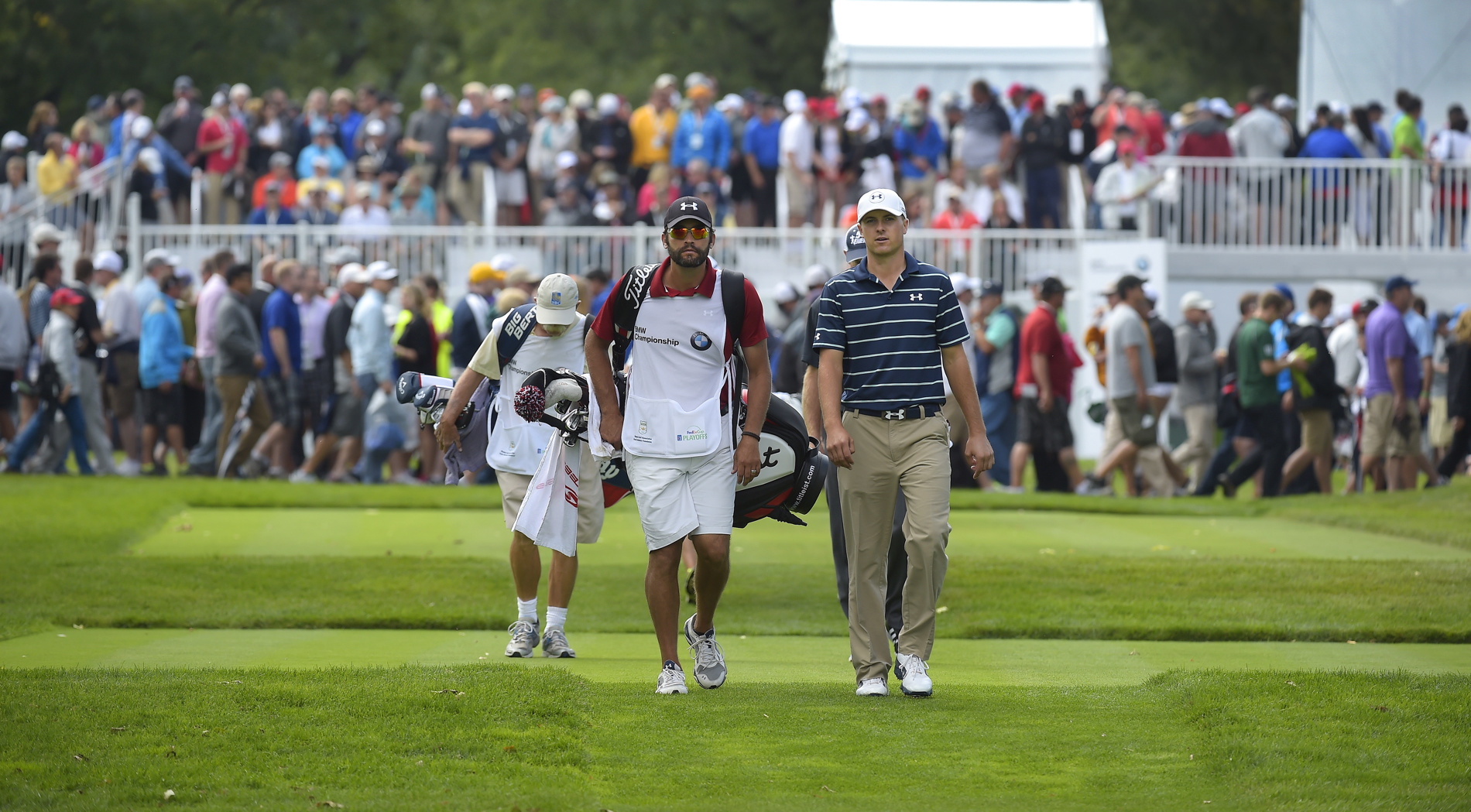 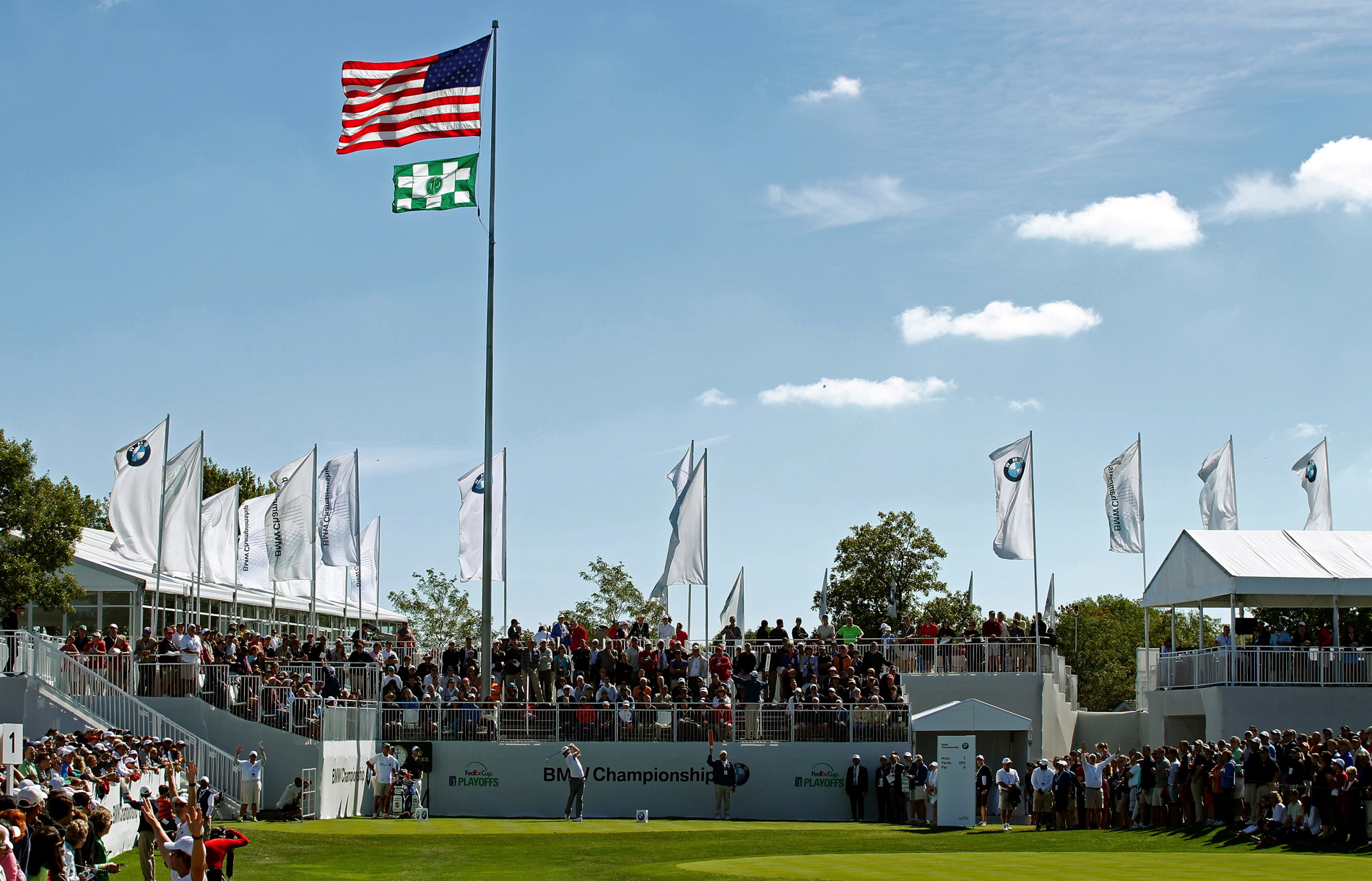 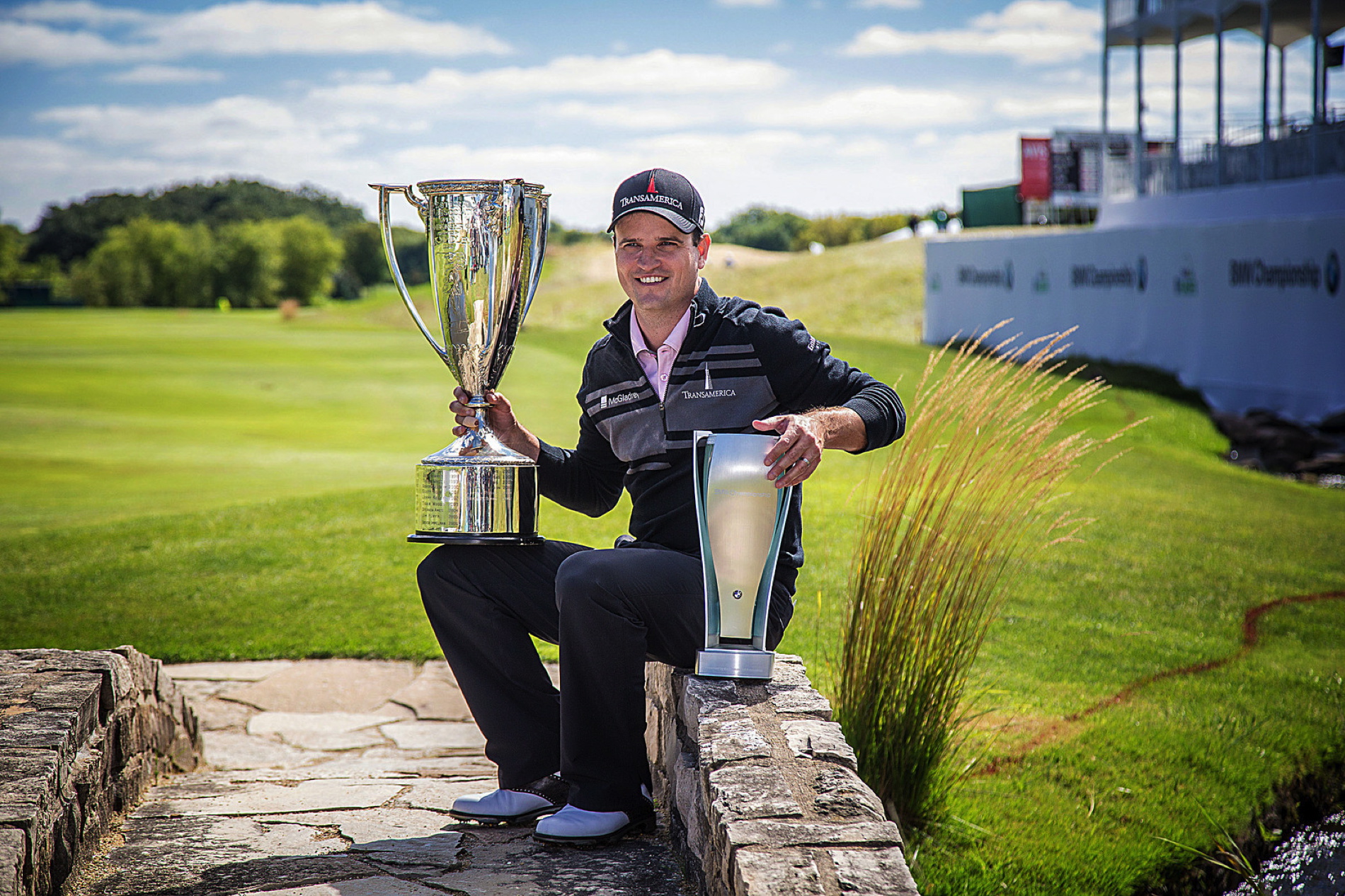