You can now configure your 2016 BMW 7 Series 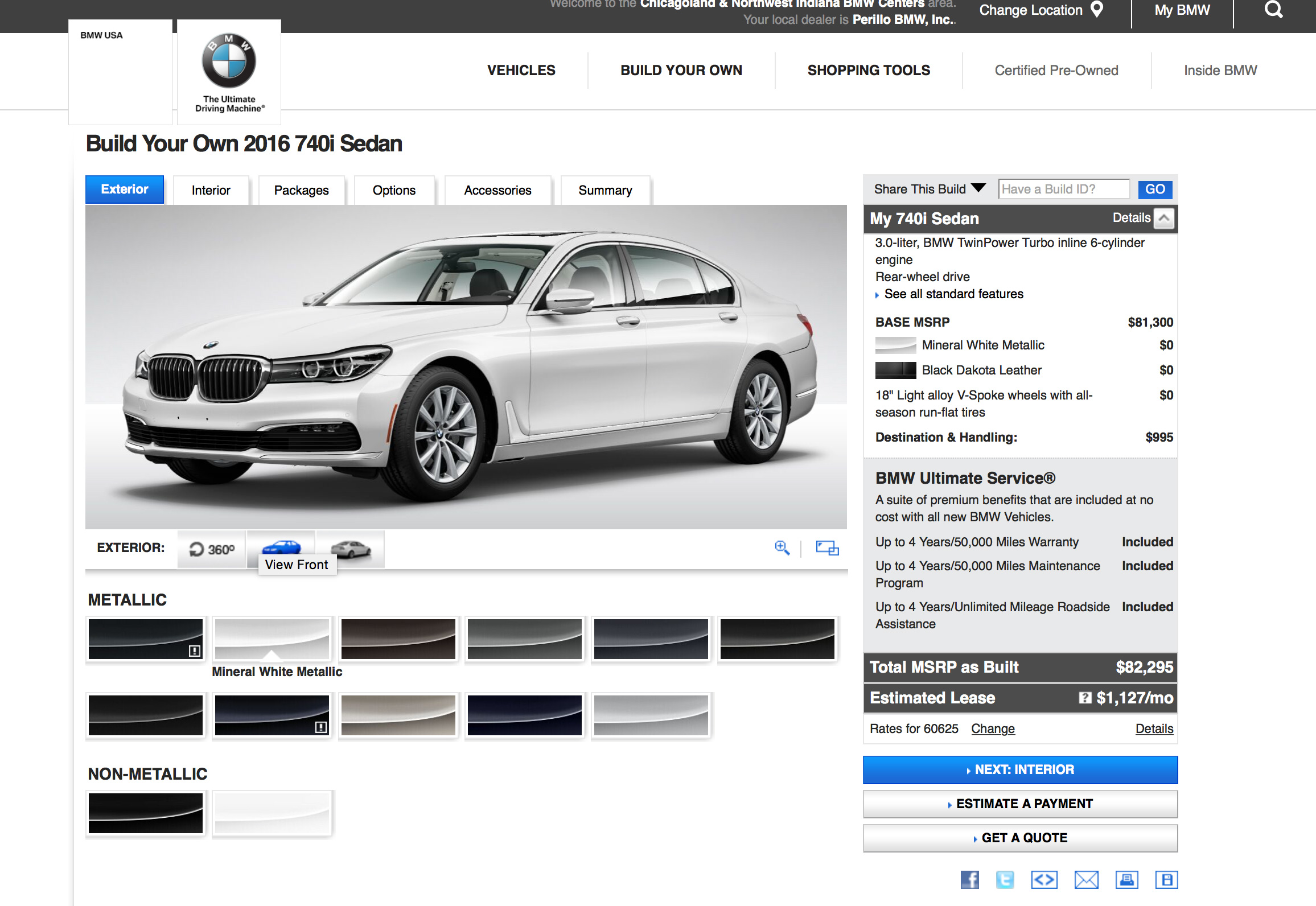 BMWUSA.com just launched the online configurator for the new 2016 BMW 7 Series. The 2016 BMW 7 Series will arrive in the US showrooms in the fall of 2015. The MSRP for the BMW 740i will be $81,300 and the BMW 750i xDrive will be $97,400 (prices do not include Destination and Handling). The 750Li is fitted with a revised 4.4 liter TwinPower twin-turbocharged V8, with the turbos mounted in between the v-shaped cylinder bank, and will develop 445 horsepower and 480 lb-ft of torque which will be available at 1,800 rpm.

The 740i has an all-new 3.0 liter TwinPower straight-six engine, developing 320 horsepower, a 20 horsepower increase over the previous 7 Series’ inline-six.

In the wheels department, BMW customers can choose from a combination of 18, 19 and 20 inch wheels.

Next year, BMW is also likely to launch the V12 760Li, but no information has been made available at this time.