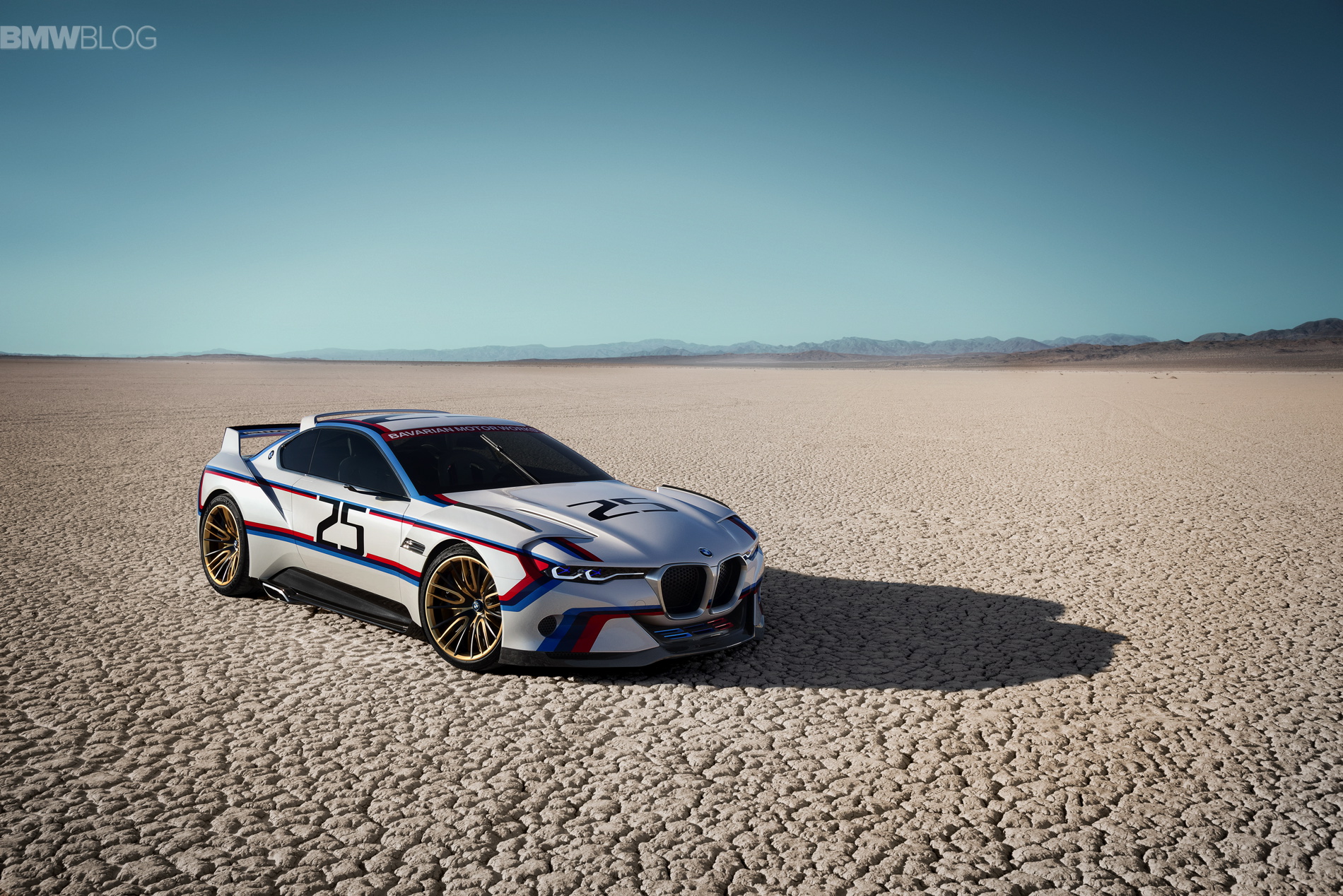 BMW recently debuted its 3.0 CSL Hommage Concept, a bright yellow throwback to the 3.0 CSL racer than won Sebring back in 1975 with Brian Redman at the helm. This Concept was polarizing, garnering an extraordinary amount of attention, both good and bad. Regardless of how anyone felt about it, though, no one could stop looking at it.

Well, for the Concours d’Elegance at Pebble Beach, BMW decided to create a new one — the BMW 3.0 CSL Hommage R. 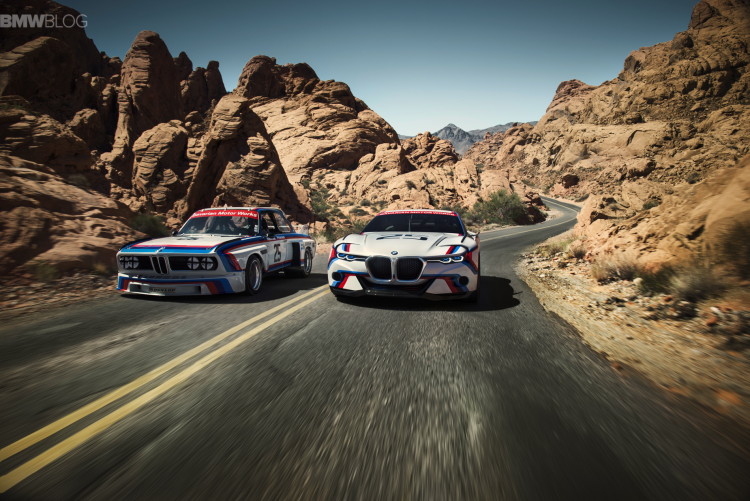 Instead of the neon yellow color that adorned the original CSL Hommage, the Hommage R comes with the same racing livery as Redman’s 1975 race car. Awhile back, we spoke about how the CSL Hommage would have looked better had it been painted in this white racing livery, instead of the bright yellow that it was, and we were right. 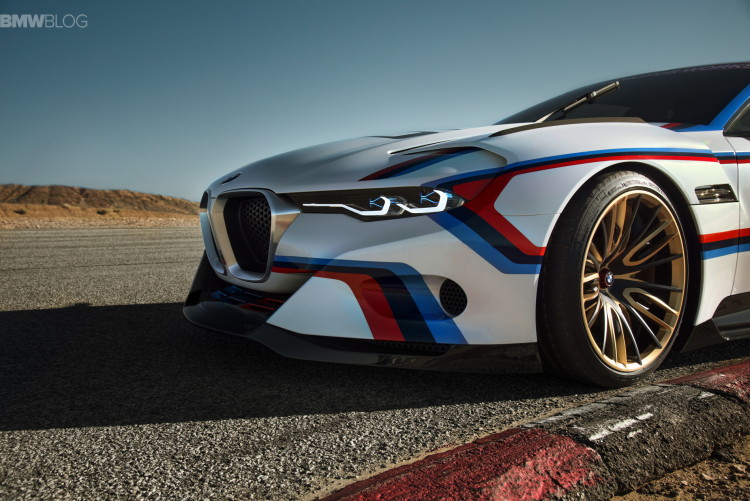 This Hommage R looks absolutely gorgeous. There’s no doubt that the front end styling of the CSL Hommage was a bit odd looking and not as beautiful as one might have hoped. But when dressed up like the original race car, it looks purposeful and aggressive and absolutely fantastic, as does the rest of the car.

The Future Of Racing Cabins 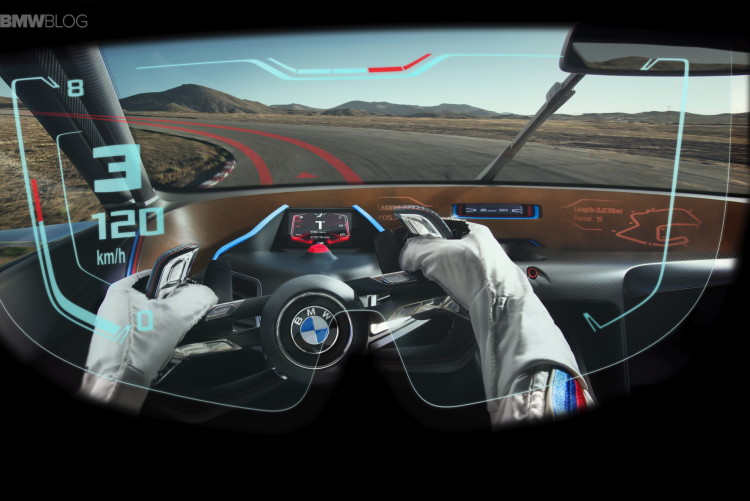 The interior seems to be where BMW spent most of its development time, however. While the exterior is polarizing, with its extreme styling, the interior is simplistic and utilitarian. Designed specifically to aid a racing driver wearing a full racing suit and helmet, the CSL Hommage R’s interior is sculpted around the driver’s seat.

With minimalistic gauges immediately within the driver’s line-of-sight, the driver is allowed to focus on racing without ever having to avert their eyes. The helmet visor also features a heads-up display to give the driver all the necessary information, such as speed, selected gear and engine rpm. It’s like being Iron Man. 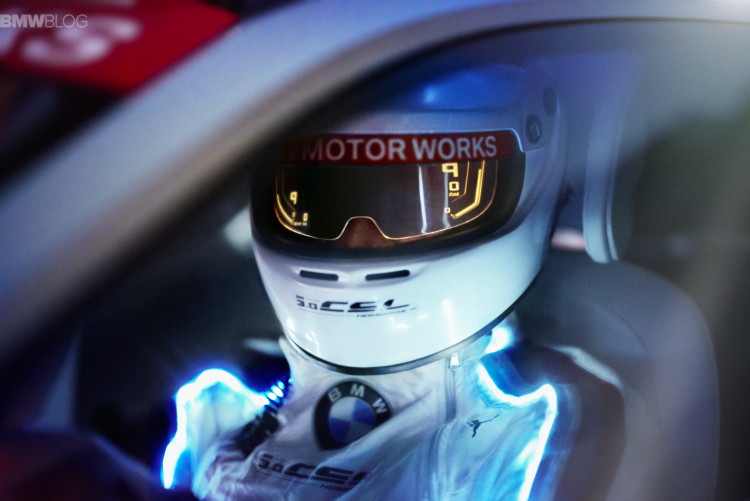 The dashboard is also in keeping with this minimalist approach, being a solid piece of unobstructed wood. However, the wood has small light inserts built into it, which display the Laguna Seca racetrack and its braking points. The carbon fiber shell seats have also been specifically sculpted to fit the driver while wearing a full racing suit and helmet and allow the driver to stay firmly put, without moving about during hard cornering. 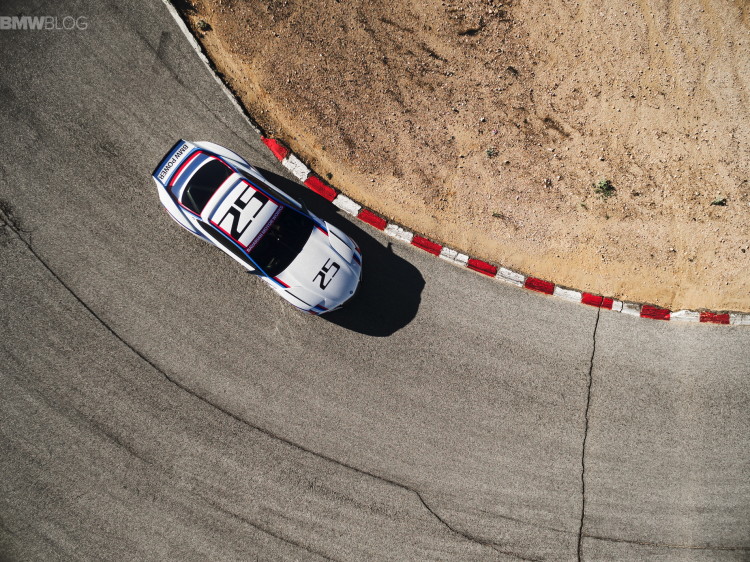 While the exterior of the BMW 3.0 CSL Hommage R stays the same as the first Hommage, aside from the racing livery, it’s the interior that has made the most difference.

The Hommage R is designed to be the spiritual successor to the 3.0 CSL racer from 1975 and it’s just as purpose built for racing as that car was. With its minimalist interior, whose only creature comforts are two air vents on either side of the steering wheel which pipe in fresh outside ambient air, is about as real-deal race car as it gets. 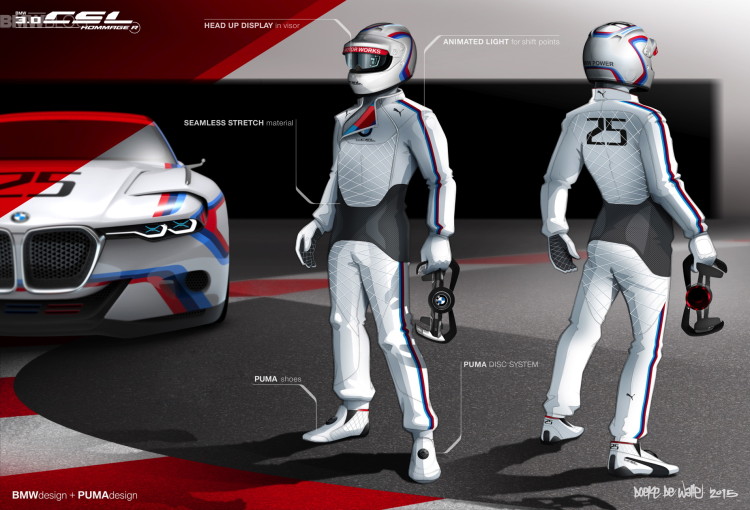 With a high-tech racing suit and helmet to go along with the race car-inspired cockpit, the 3.0 CSL Hommage R is a track-ready weapon.

Combine that with its incredible throwback racing livery and this might be one of the best BMW concept cars of all time. 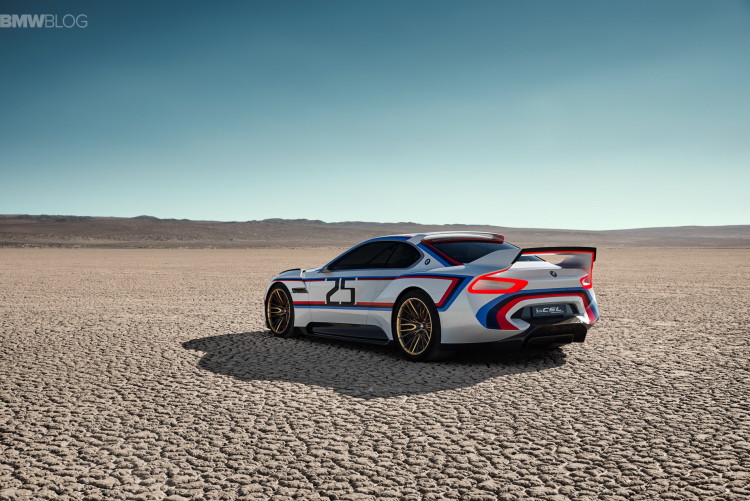