From now until the end of August, the BMW Welt in Munich will exhibit the original vehicles, the Silverstone II 2015 M3 and Blackstorm metallic BMW S 1000 RR, used in the new “Mission Impossible: Rogue Nation” flick. Staring Tom Cruise, the latest installment of the popular franchise hit the theaters last week and the reviews are glowing. Tire marks on the floor give the impression of a real chase, while scenes from the film are shown on a screen in the background.

Last month, we had the chance to see from up-close one of the M3s used in the movie. 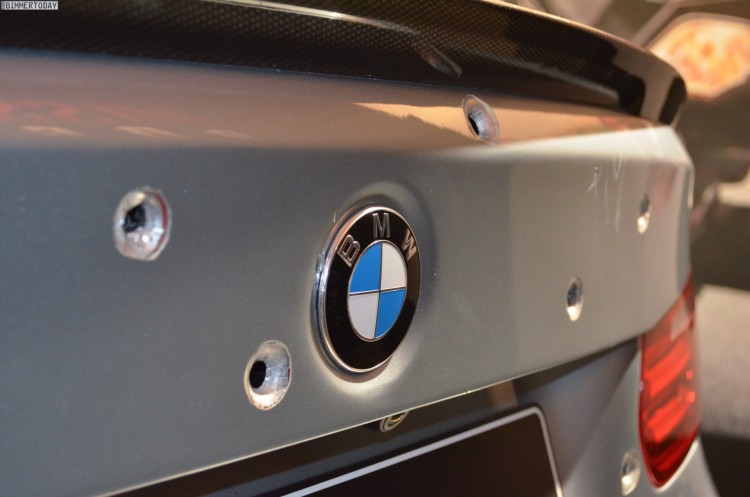 There are four other BMW vehicles fans will also see in the new film, the 2016 BMW 340i, the new BMW 7 Series, the BMW X5 xDrive 40e and the BMW 6 Series Convertible, but the M3 and S 1000 RR superbike get the most screen time. Most of the car stunts and chases were filmed in Marocco in the course of a year.