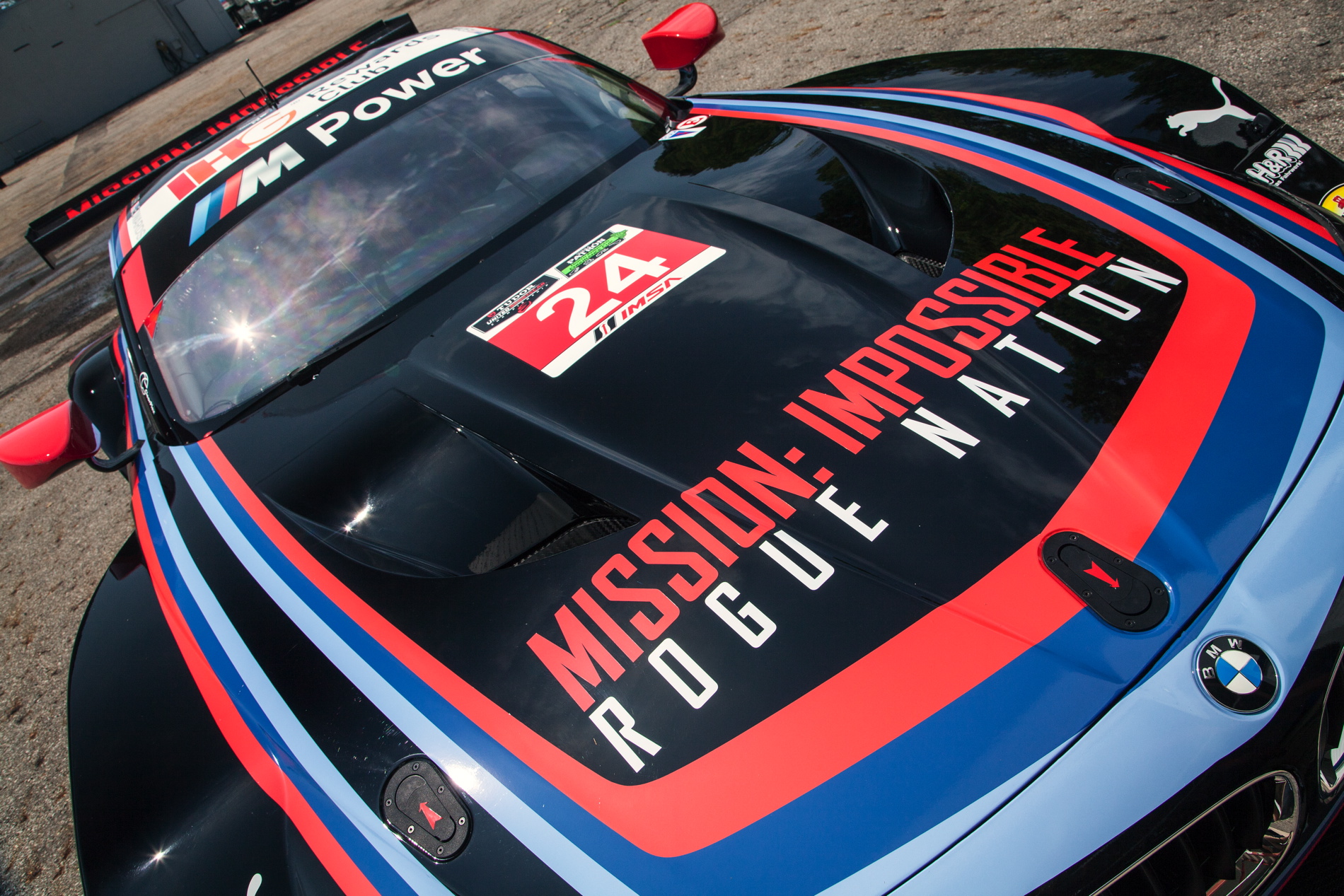 The No. 24 BMW Team RLL Z4, driven by John Edwards and Lucas Luhr, will be racing with Mission: Impossible – Rogue Nation livery this weekend in Round Seven of the 2015 TUDOR United SportsCar Championship at Road America, in Elkhart Lake, Wis. The fifth installment of the Mission: Impossible movie franchise from Paramount and Skydance Media opened to #1 at the worldwide box office on July 31st and reached a global box office gross of more than $150 million in its first week of release. The film features several BMW models including the all-new BMW 7 Series, the brand’s flagship in its sixth generation. BMW is the exclusive worldwide automotive partner of this installment of the legendary action film franchise starring Tom Cruise. 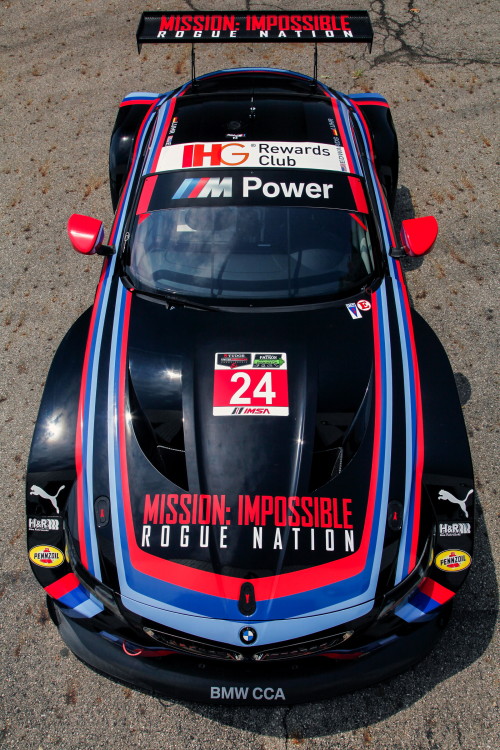 “Ultimate performance is exactly what Mission: Impossible – Rogue Nation, our BMW Z4 racing program and, most importantly, the BMW brand is all about,” said Trudy Hardy, BMW of North America LLC. Vice President of Marketing. “The decision to run the film’s livery this weekend at Road America was an easy one and is just one more example of how BMW NA has marketed on the race track since our very first days in North America 40 years ago with the BMW 3.0 CSL.”
This is the second time BMW has lent its superior technological support to the franchise, enabling it to deliver breathtaking automotive stunt scenes shot around the globe. BMW previously partnered with Paramount on 2011’s “Mission: Impossible – Ghost Protocol.”

In addition to providing production support to the filmmaking team, BMW of North America will launch a series of “Mission to Drive” marketing initiatives around the film including television, radio and digital advertising. The automaker was the exclusive sponsor of the world premiere of the film in Vienna, Austria.

This season BMW Team RLL arrives at Road America with a four point lead in the GTLM class Manufacturer points standings by virtue of two wins and an additional four podium finishes in the first six races of the ten-race season. Bill Auberlen and Dirk Werner stand second in the driver points standings. John Edwards and Lucas Luhr stand third. The No. 25 Z4 and No. 24 Z4 are second and third in team points standings respectively.

The Continental Tire Road Race Showcase takes the green flag at 2:05 p.m. CT Sunday, August 9th and will be broadcast live on FOX Sports 1 from 3:00 – 6:00 p.m. ET. Follow BMW Team RLL on Twitter at @BMWUSARacing for “from-the-pit-box” updates all weekend.