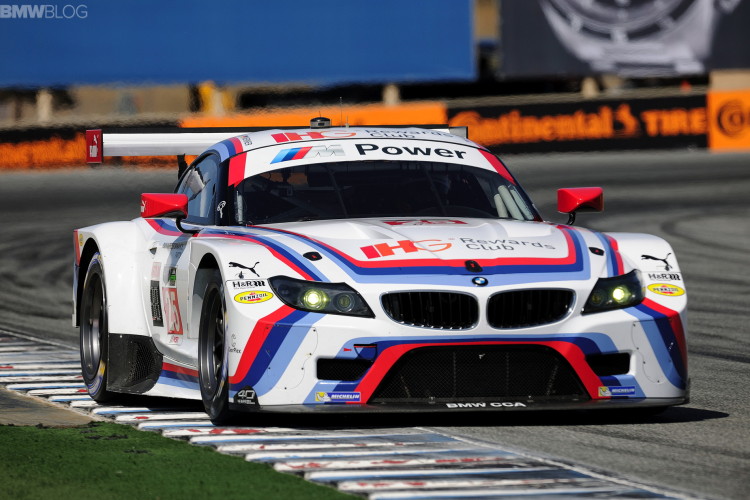 The West Coast swing of the 2015 TUDOR United SportsCar Championship continues to be a good one for BMW Team RLL as the team swept the front row of the highly competitive GTLM class in today’s qualifying session for Sunday’s two-hour-and-forty-minute race at Mazda Raceway Laguna Seca, in Monterey, Calif. Two weeks ago the team captured its first TUDOR victory with a win from the pole for the No. 25 Z4 GTLM of Bill Auberlen and Dirk Werner at the Long Beach Grand Prix weekend.

Where Auberlen scored the pole at Long Beach, today it was teammate Werner posting a 1:22.362 minute lap of the classic 2.238-mile road course to best the GTLM class. The pole was Werner’s second (Baltimore, 2011) and the 20th for the team since 2009. 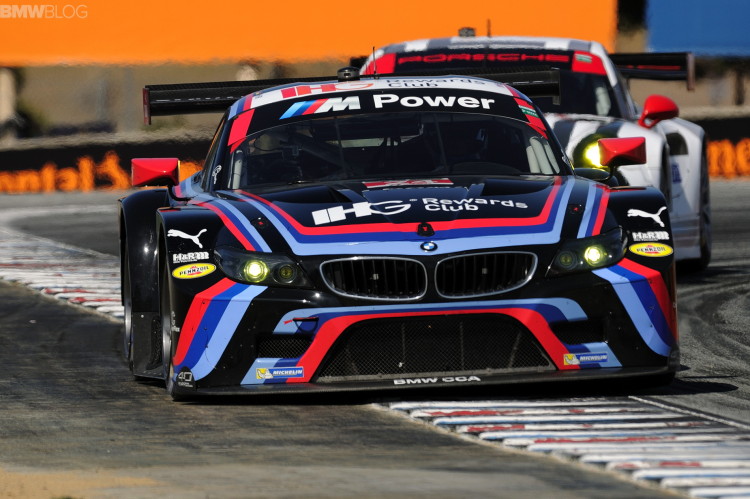 Lucas Luhr drove the No. 24 BMW Z4 to the outside of the front row with a lap of 1:22.610 minutes. He will co-drive with John Edwards in tomorrow’s race. 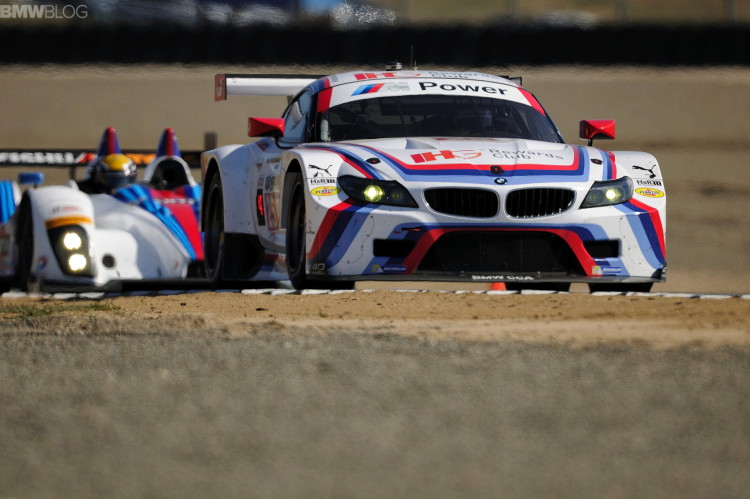 Bobby Rahal (Team Principal, BMW Team RLL):  “Frankly, I didn’t think we would be as competitive as we were. It was a nice job by the team, Dirk and Lucas. There is no guarantee you are going to win from where we are, but it is a nice place to start the race from.” 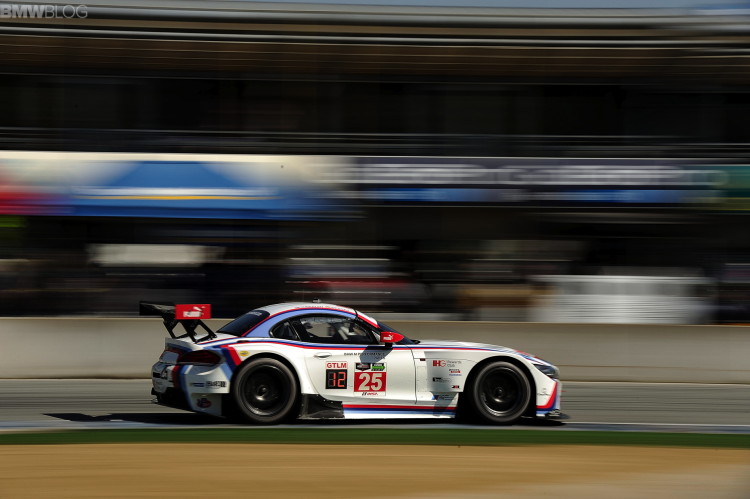 Dirk Werner (No. 25 BMW Z4 GTLM, pole): “I am very happy. It was a lot of work in practice. We had to do quite a few set-up changes, and if you read through the notes it is amazing how much we changed the car. But it paid off, because in qualifying we had a good car and we came up with the right strategy. Thanks to everybody in the team, because that was a lot of fun to drive this car today. We can have a good evening, but tomorrow the race comes and that is a completely different story.”

Lucas Luhr (No. 24 BMW Z4 GTLM, 2nd ): “I had it going, but then I pushed a little bit too much in turn six and lost the rear a little bit on the entry. I didn’t do a full spin. It was like a three quarters spin. After that I tried a slow lap to clean up the tires and try again but it didn’t work. The car feels good. Tomorrow is the big day.”

The Continental Tires Monterey Grand Prix takes the green flag at 1:05 p.m. PDT Sunday, May 3rd and will be broadcast live on FOX Sports 1 from 4:00 – 7:00 p.m. EDT. Follow BMW Team RLL on Twitter at @BMWUSARacing for “from-the-pit-box” updates all weekend.