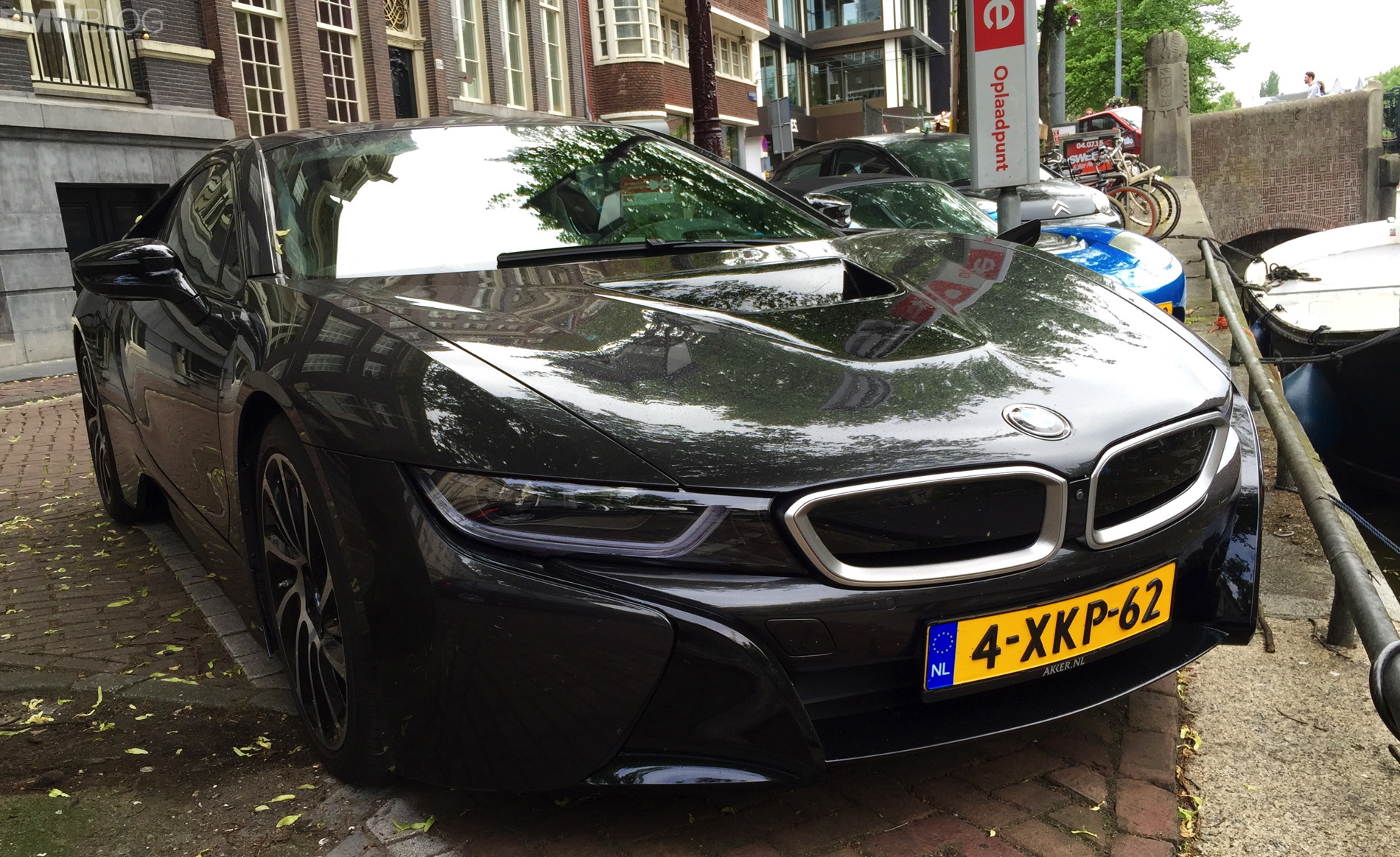 BMW chose to have their international launch of the BMW i3 here last November and it’s no wonder why. Nearly every block you walk, you see one type of electric car of another. Having had our long-term BMW i3 now for going on 9 months, it has made me hyper aware of other EVs around me. Strolling out of the Amsterdam Central Train Station, I had no idea what a treat I was in for.

My first clue as to how EV-centric Amsterdam really is was seeing Tesla Model S Taxis. And not just one of them, but quite a few actually. Hmmm. I started looking for other electric vehicles and sure enough, every type of EV is here and dual-charging spots on nearly every block, many right next to Amsterdam’s gorgeous canals. 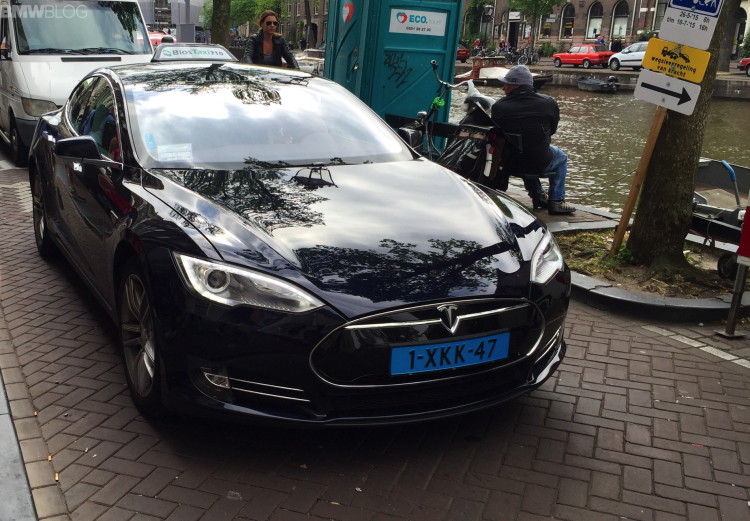 Like an ornithologist on a trip spotting birds, I found great satisfaction in finding all kinds of EVs. Yes, I saw an i8 and it was gorgeous. The hardest one for me to spot, sadly, was an i3. Over three days of constantly looking through the sea of 600,000 bicycles that cover every square inch of Amsterdam, I never saw my EV, the i3. I did find the i8 later while it was charging and it was next to an original Tesla Roadster. 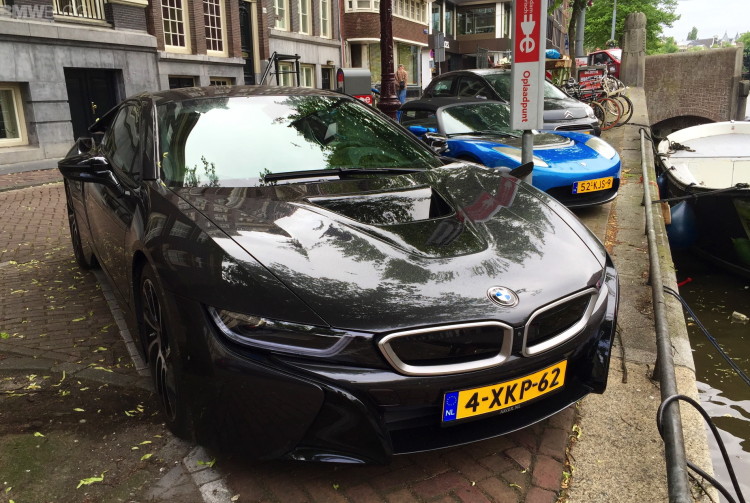 I posted a few comments to Facebook’s BMW i3 group and was told that indeed i3s are rare here in Amsterdam. If you are an electric car aficionado, a trip to Amsterdam is a blast. Here’s a list of the EV’s I spotted in a short 3 day trip to Amsterdam:

Tesla Model S – the Tesla Taxis offer Amsterdam Airport service provide free Wifi while you are on board. There are a staggering 167 Tesla Model S providing taxi service here. You are literally tripping over them when you walk. These are even charged using green energy.

Opel Ampera – the much better looking Euro-Version of the Chevy Volt.

Nissan Leaf – the number one selling EV in the world. 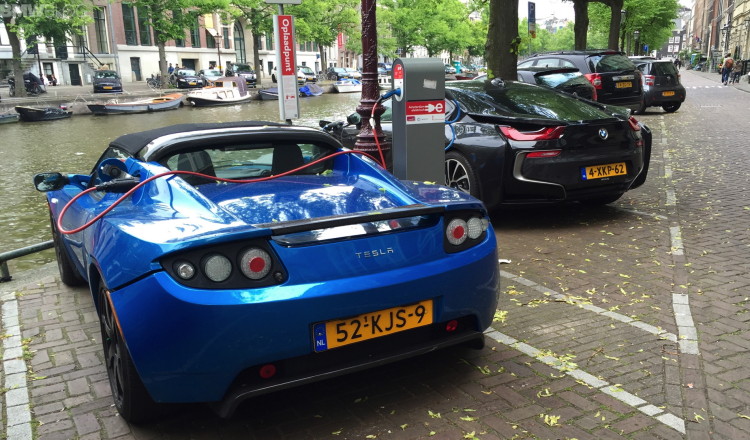 BMW i8 – the Exotic Plug In Hybrid.

Smart For Two Electric Drive – pure EV. Crazy small. Car2Go, an all-electric car sharing fleet that use the Smart up to 135 km that charges €15 per hour. 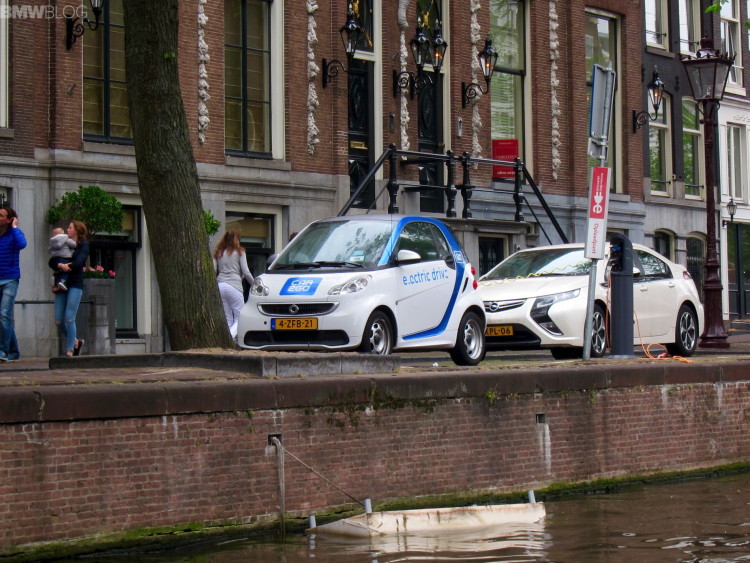 Peugeot iOn – an all electric with a 16 kWh battery and a 130km range. How did they get 4 doors in this? 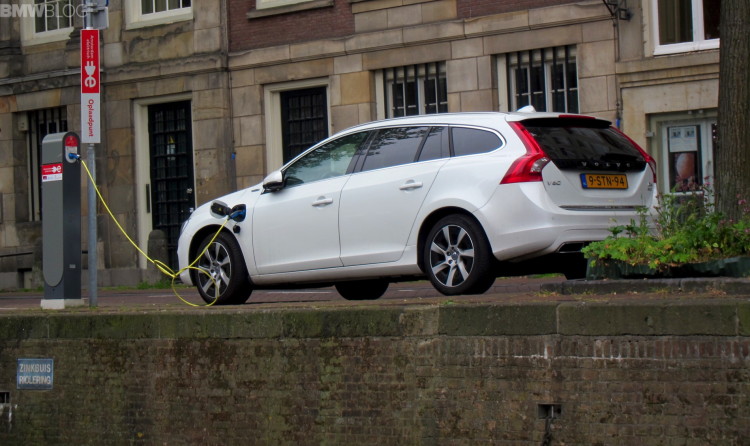