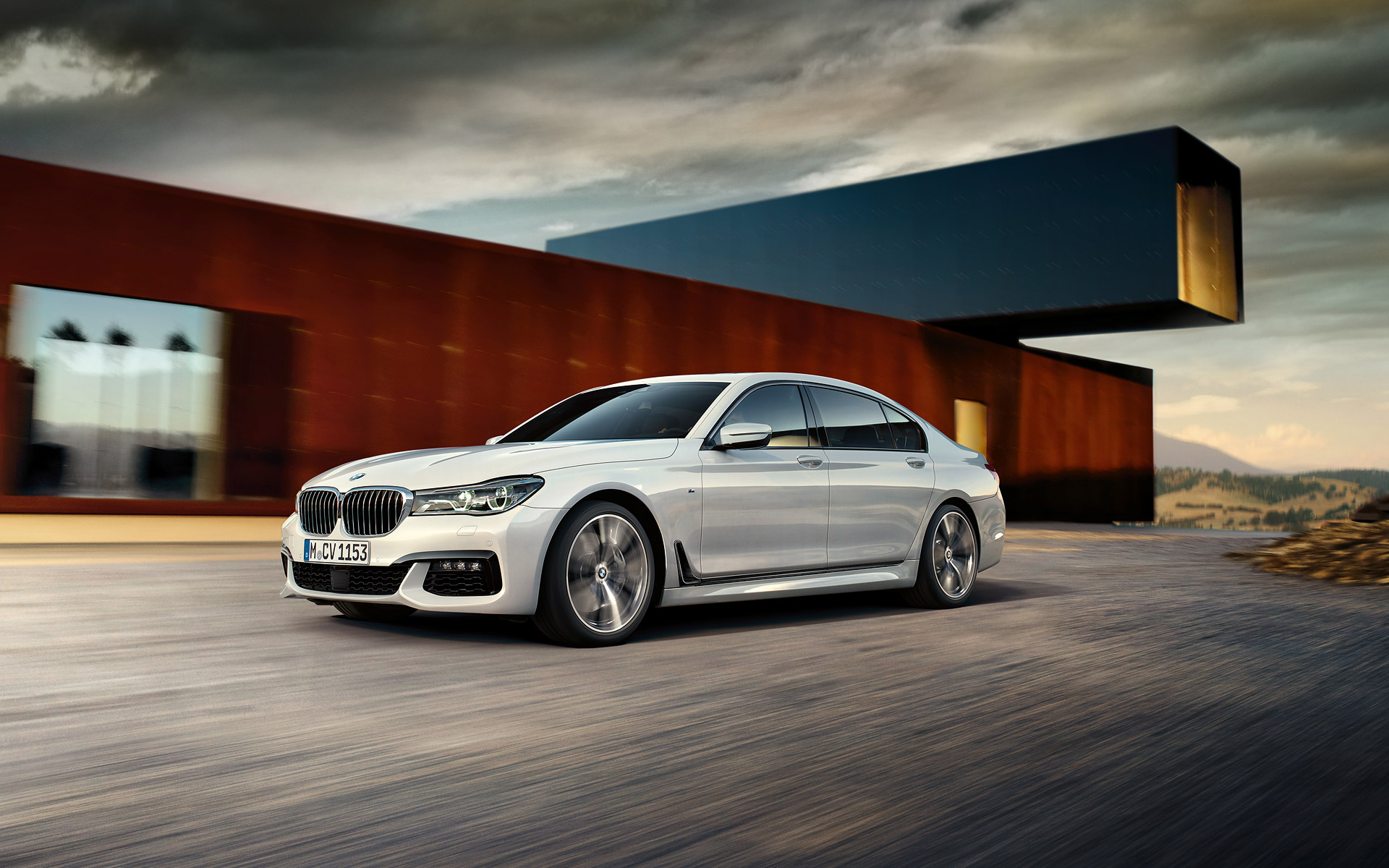 The 750Li is fitted with a revised 4.4 liter TwinPower twin-turbocharged V8, with the turbos mounted in between the v-shaped cylinder bank, and will develop 445 horsepower and 480 lb-ft of torque which will be available at 1,800 rpm. This revised V8 is also a ULEV (Ultra Low Emissions Vehicle) and is far more efficient than the outgoing model’s. BMW managed to do this by changing the compression ratio, from 10:0:1 to 10:5:1 and the addition of the latest Valvetronic and Double Vanos systems. This engine also marks the first time in a production car that the intake manifold has been partially integrated into the cylinder head, allowing for less airflow resistance and smaller exterior dimensions. 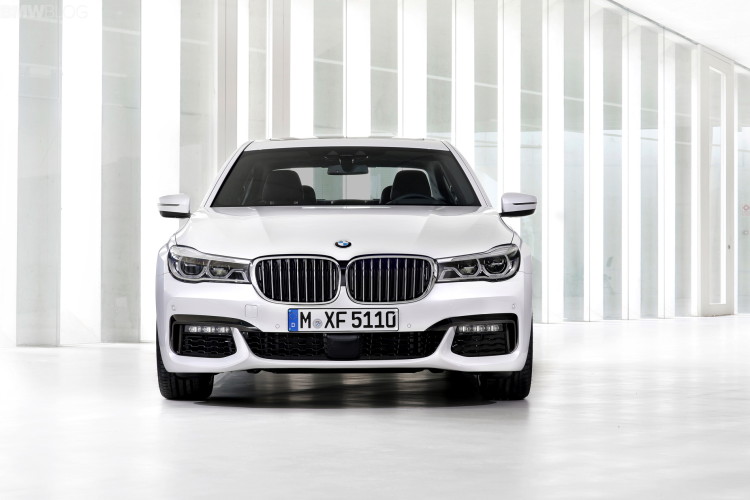 The 740i has an all-new 3.0 liter TwinPower straight-six engine, developing 320 horsepower, a 20 horsepower increase over the previous 7er’s I6. The crankcase, cylinder head and oil sump are all made from aluminum, so it should be very lightweight. BMW has also fitted an indirect cooling system for the TwinScroll turbocharger, which is incorporated into the intake manifold, and will work in junction with the High Pressure Direct Injection, Valvetronic and Double Vanos variable valve timing. So not only will there be a significant power bump and weight loss, but increased efficiency as well. 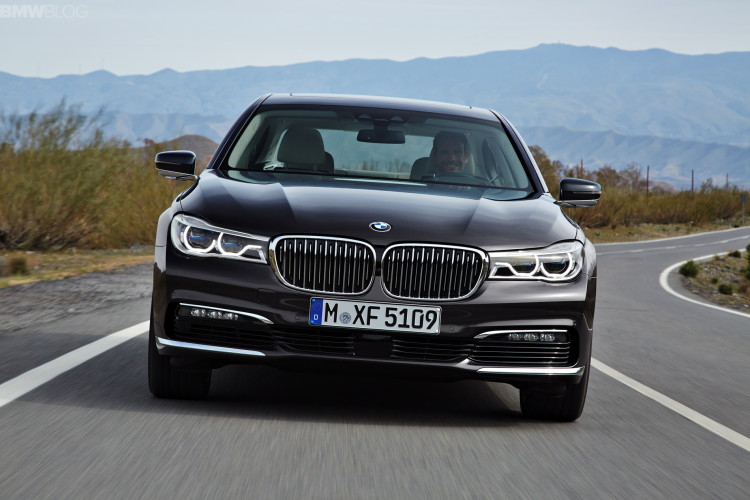 In the wheels department, BMW customers can choose from a combination of 18, 19 and 20 inch wheels.

Click below in the photo gallery to see all the options listed. 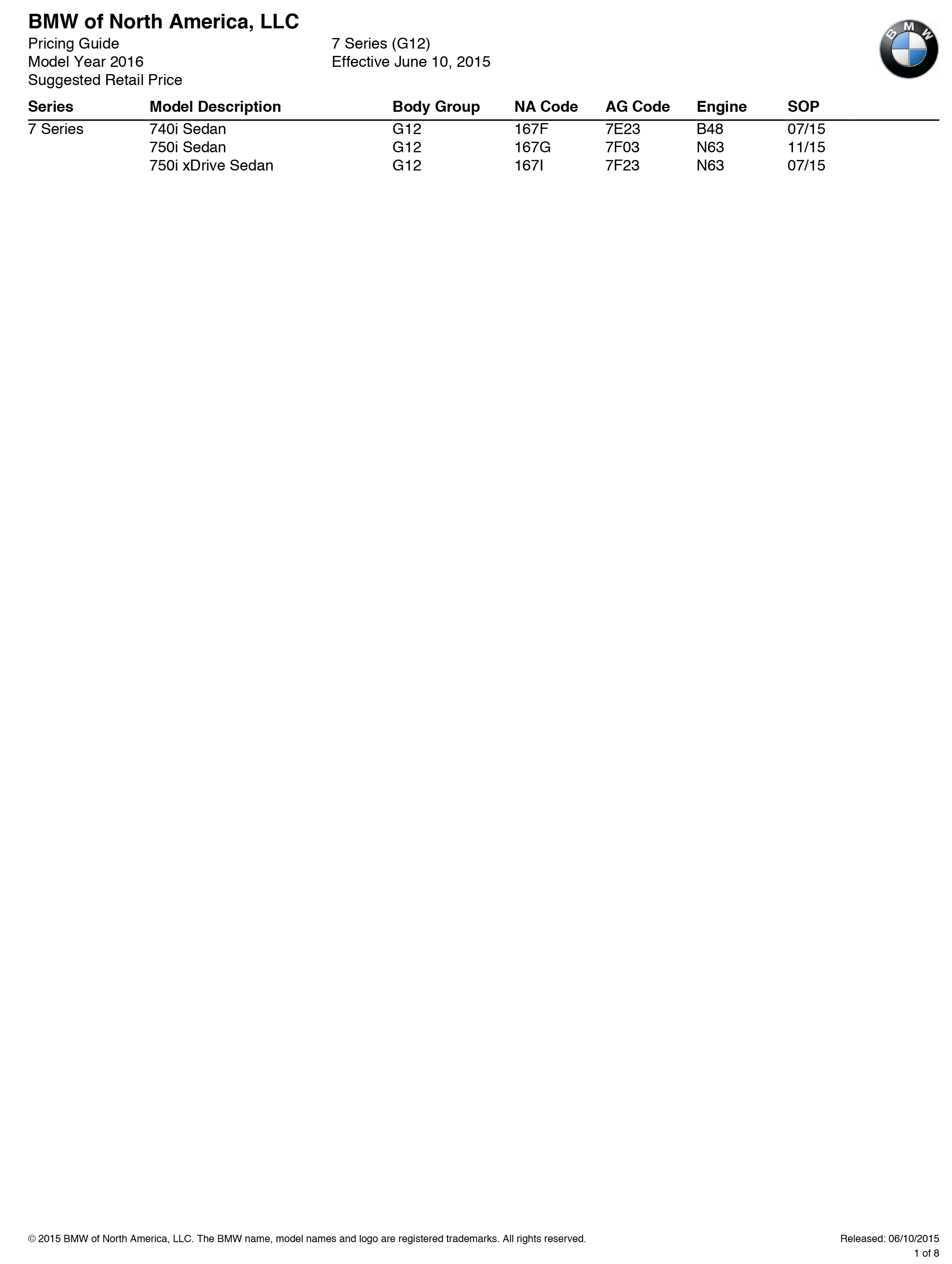 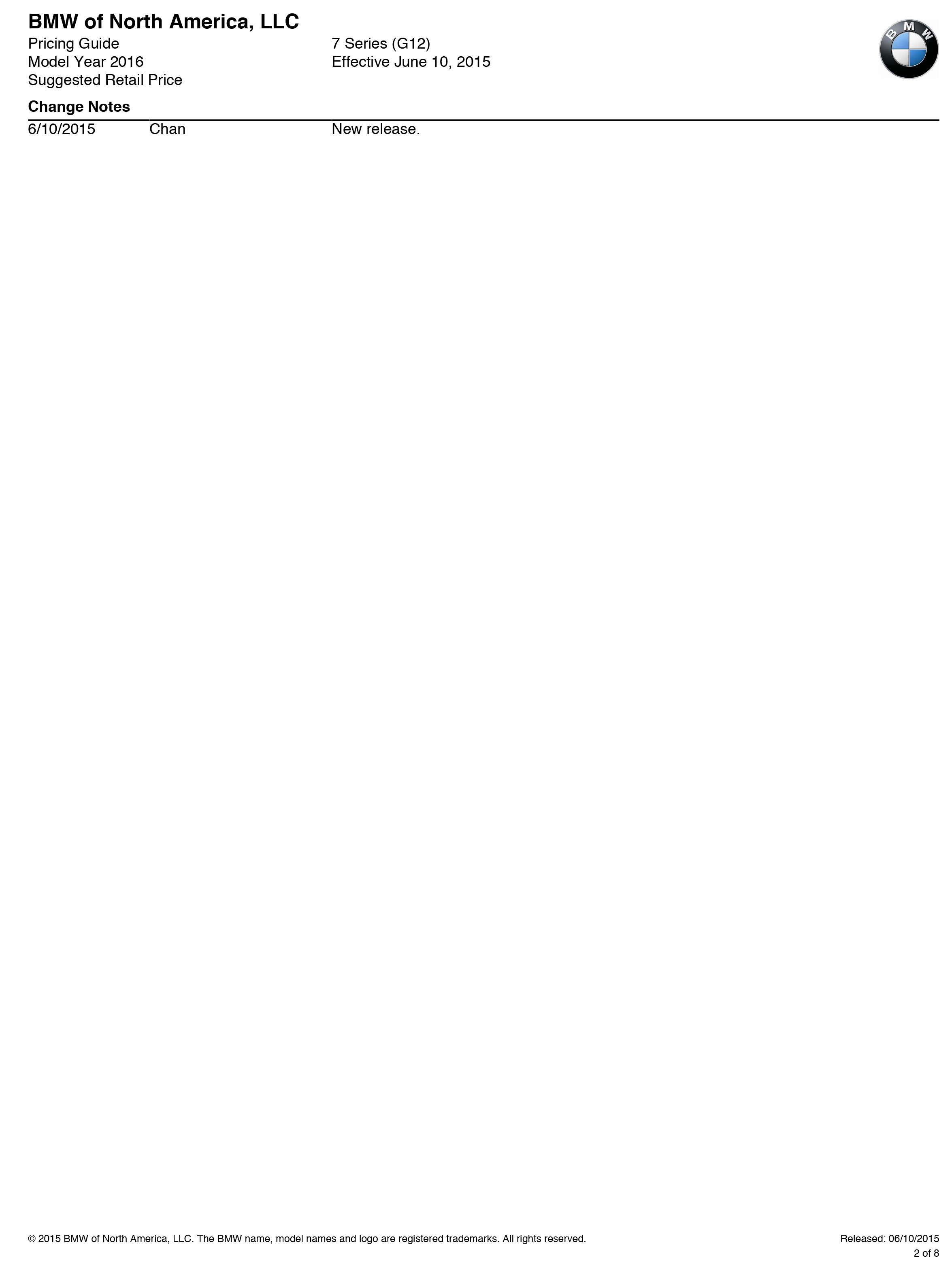 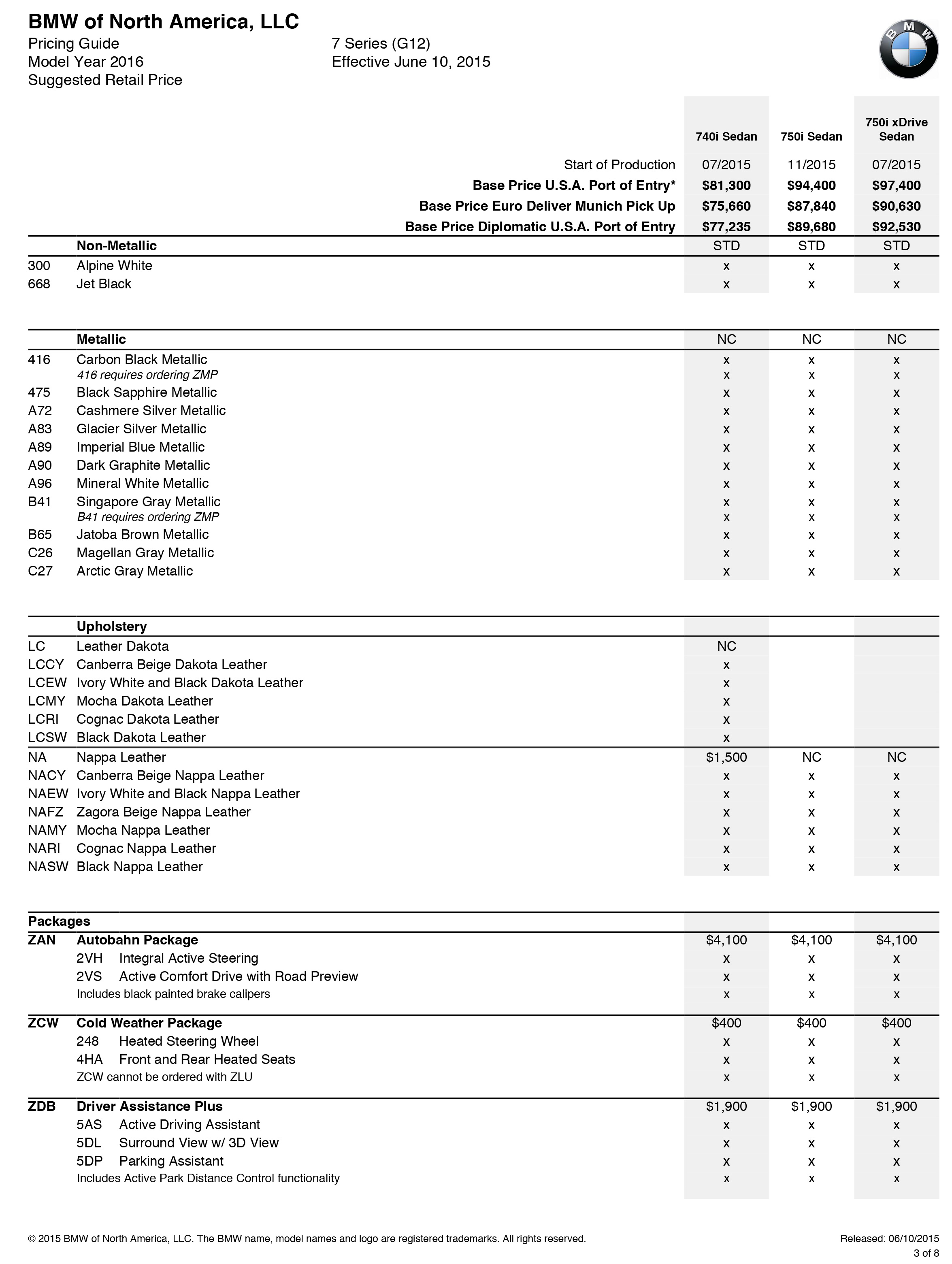 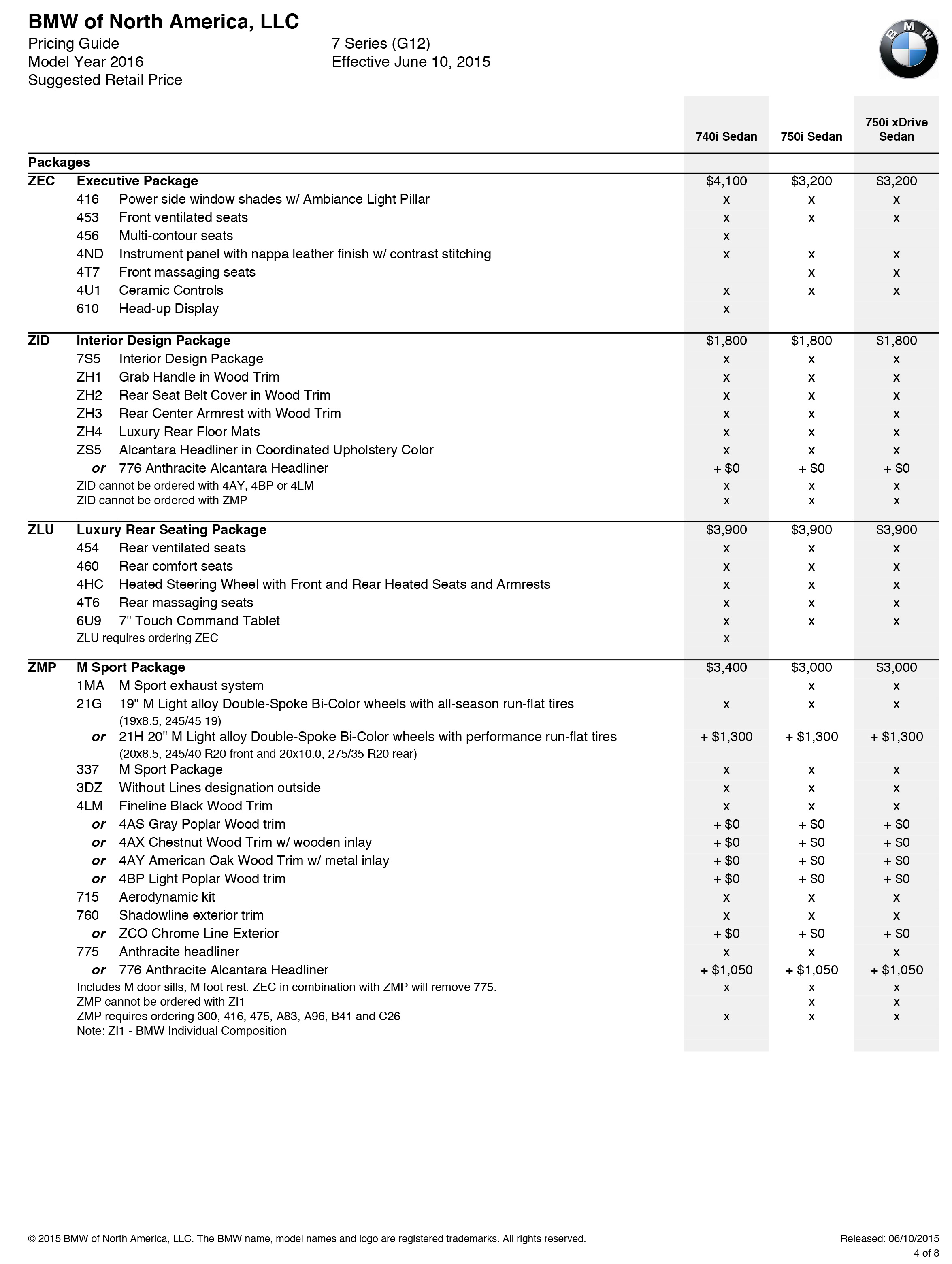 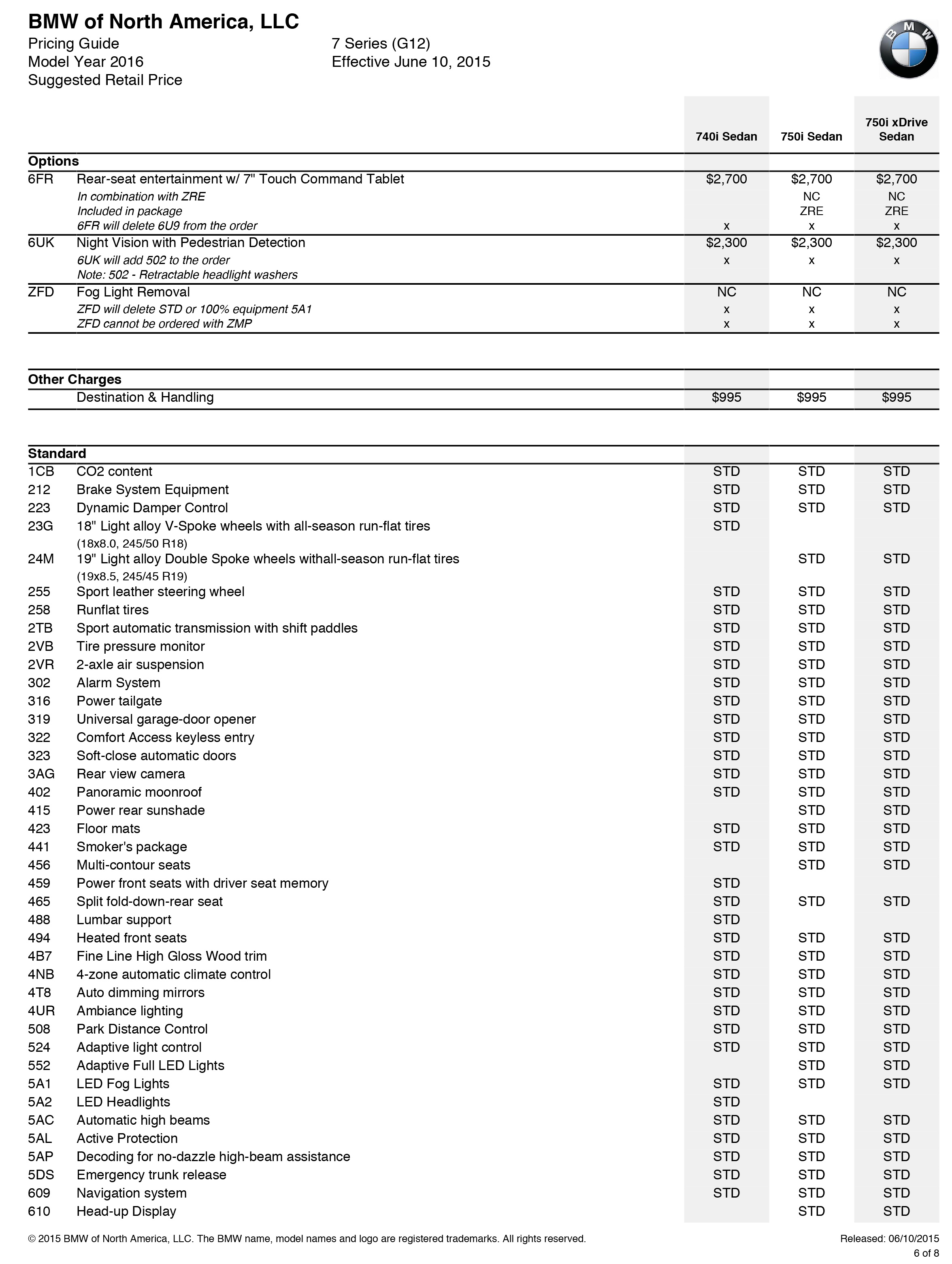 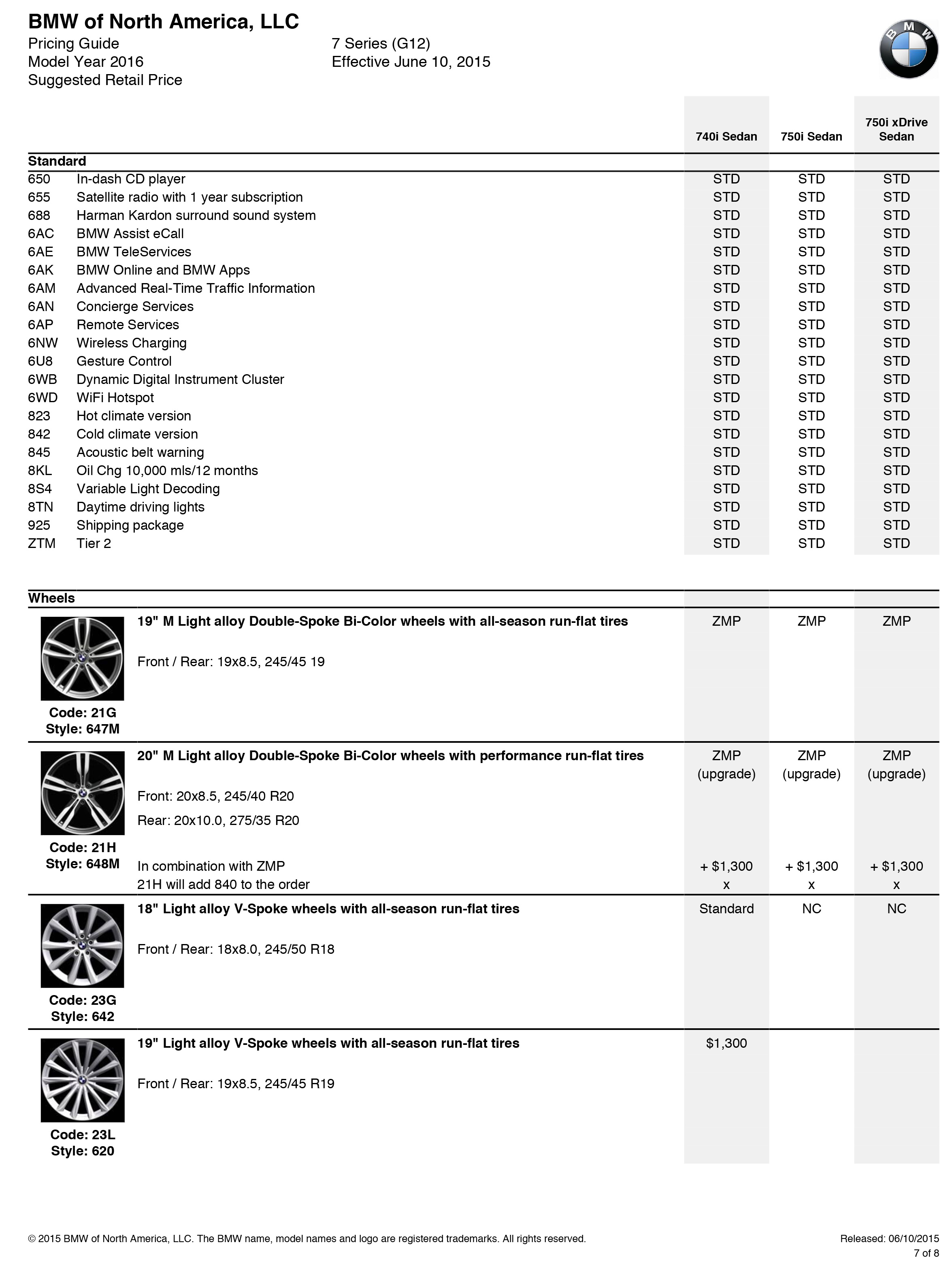 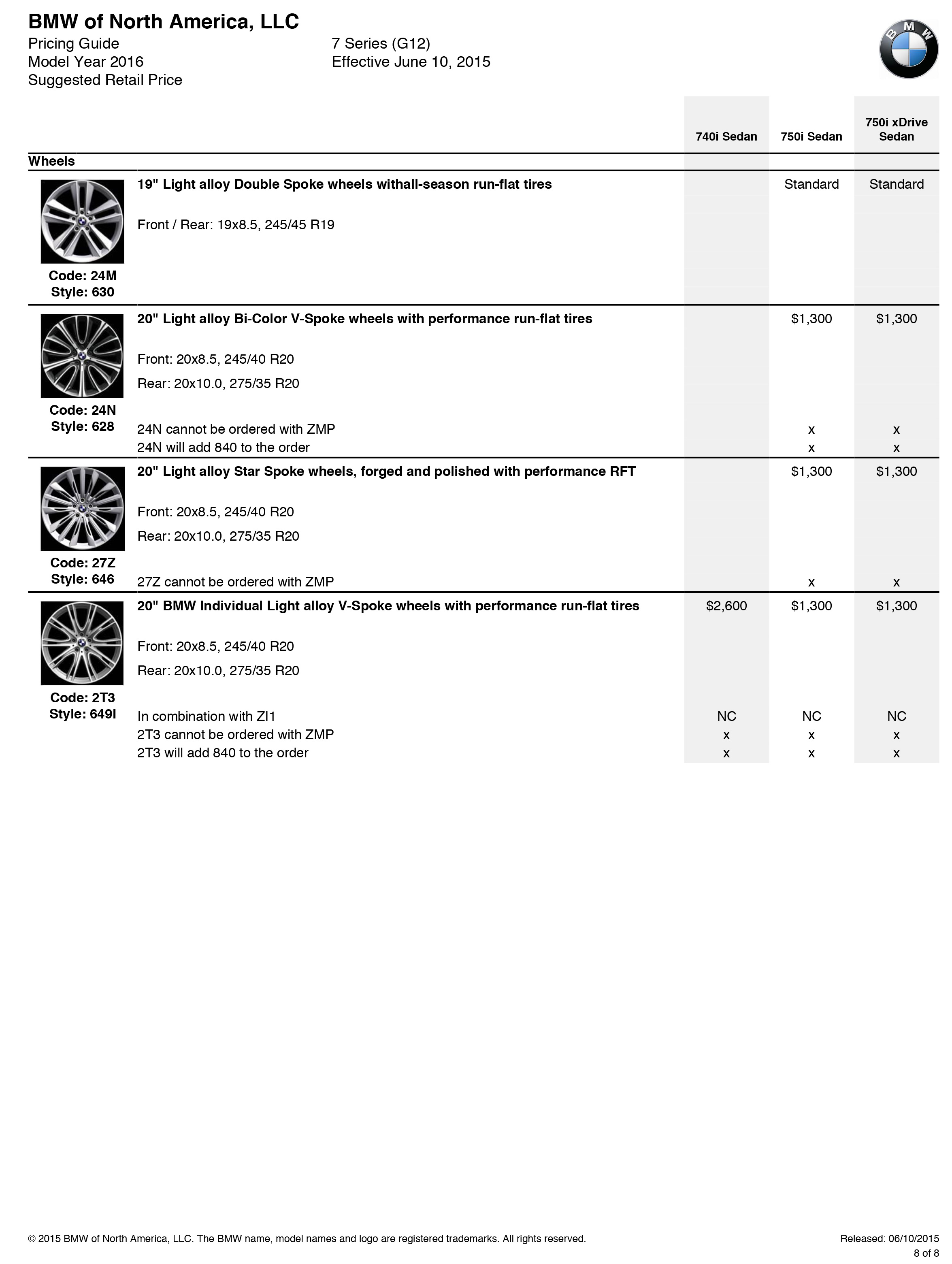