Bogi – A Master BMW Mechanic of the Fairer Sex

Home » Bogi – A Master BMW Mechanic of the Fairer Sex 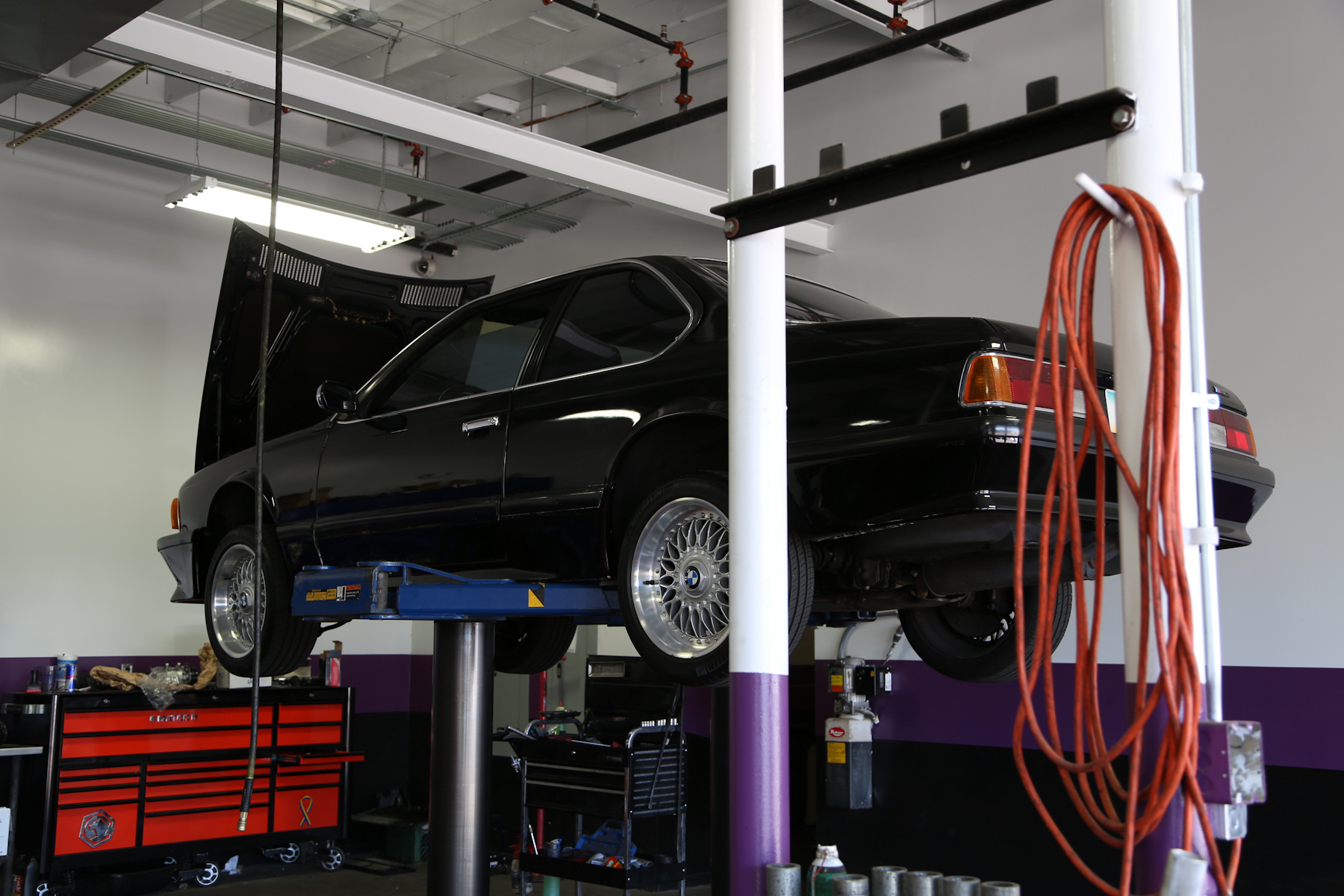 The freedom to choose your own path is fought for; fought for against time and money and opinions and politics, and sometimes friends and family. The freedom to choose your own path may require a fight against the status quo. In 1999, Bogi Lateiner fought her way from college student to BMW Master Mechanic. It wasn’t the easiest path to take, but challenges in life are often commensurate in scope with the rewards they bring.

Bogi brings a bold, refreshing take to automotive repair, and it’s manifest the moment you enter the gates. Why do repair shops have to smell like burnt motor oil and look like the bellies of fallout shelters?

Is there some unspoken rule that dictates waiting rooms need to feature recycled chairs, yesterday’s news, and 6-month old magazines? At 180 Automotive, fine art hangs on the walls, fresh coffee and chilled sparkling water sit at the ready, Wi-Fi streams to your mobile device, and children play with brightly colored new toys. It’s a place of automotive rejuvenation as much as repair. 180 Automotive is as atypical as the existence of a woman in this career path – and it’s delightfully refreshing. There’s something very right about it.

In truth, BMW wasn’t Bogi’s first choice. She approached another automaker for training but was quickly shown the door. It was made clear to her, in no uncertain terms, that women are not cut out to be master mechanics of the marque. So Bogi moved on.

BMW welcomed Bogi’s ambition, and saw potential in her. They invested in her. Given the rarity of women pursing this profession with their brand, they went out on the proverbial limb. And their faith was rewarded with a brilliant master mechanic who passionately pursues the same mechanical perfection that is engineered into the cars she’s fixing.

The shop floor is clean, tools line the walls in organized patterns and cars are neatly parked in formation outside. Bogi has German blood and she operates with Teutonic accuracy and timeliness – along with an all-American smile.

It’s inspiring to watch someone fight to achieve their goals and it paves the way for
others to follow. Bogi currently mentors a young female apprentice mechanic at her shop, and through the reach of All Girls’ Garage – a popular TV show in which Bogi is a co-host – countless young women are shown irrefutable proof that the fairer sex can turn wrenches with the best of them – if they have a persuasion for this kind of thing.

In this 10-round fight against the stiff and stubborn status quo, Bogi has won by knockout. Exemplifying what it means to be a powerful woman, she speaks softly and carries a big wrench. She’s faced resistance and stood in her success. She is an inspiration to us all. And as her myriad satisfied customers will testify: she’s one hell of a mechanic.

I had the distinct pleasure of touring Bogi’s shop one sizzling-hot morning. If you own a BMW (or any other marque) and live in the Phoenix, Arizona area, I highly recommend 180 Automotive to return your car to its optimum performance. If you’re just driving through the lower half of the Arizona desert, it’s most certainly worth dropping in to take a look around and meet the friendly, sharp proprietor of this new-age automotive shop. She’ll have a fresh pot of coffee brewing.