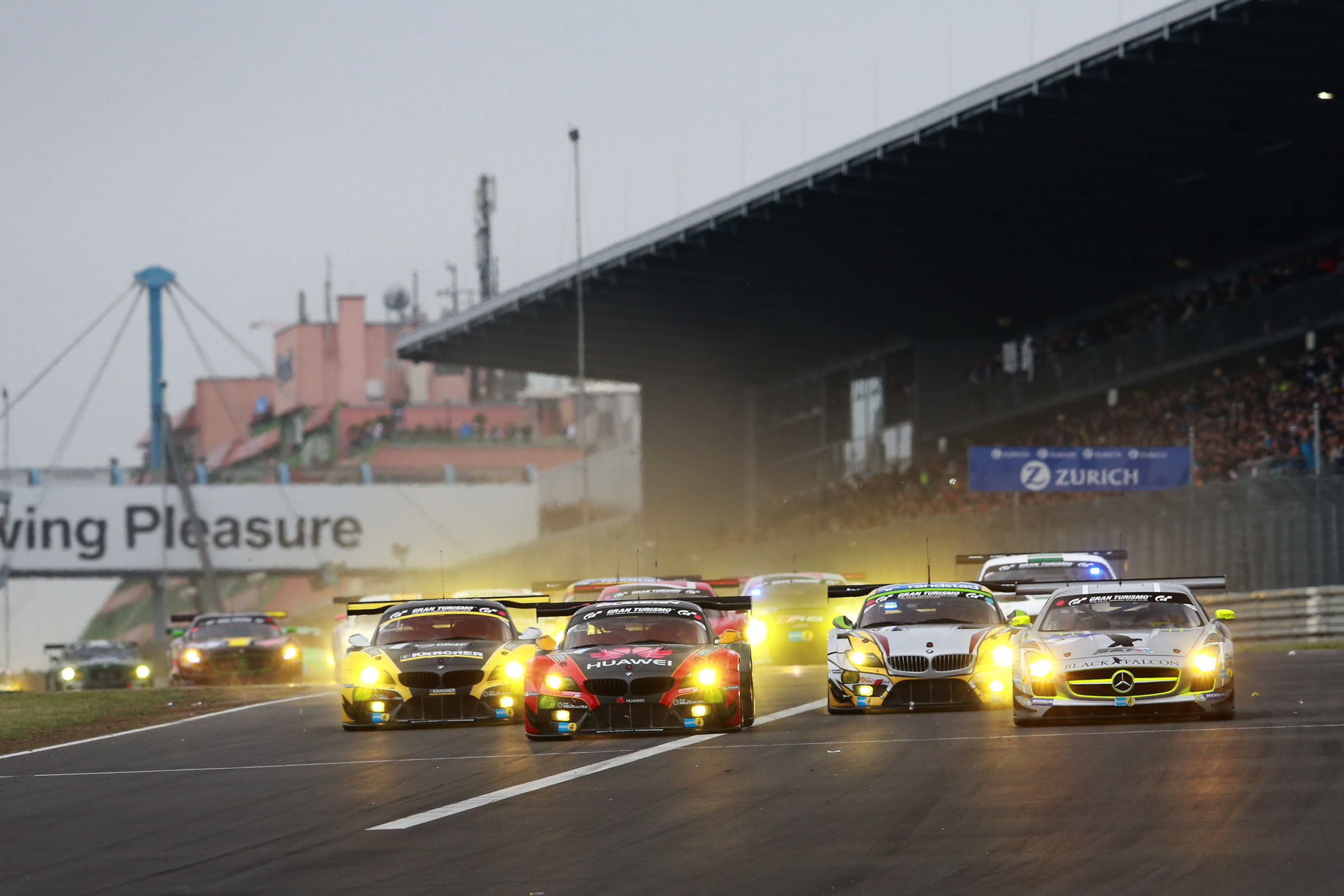 Martin Tomczyk (DE), at the wheel of the number 20 BMW Z4 GT3, initially took the lead for BMW Sports Trophy Team Schubert, followed by fellow BMW drivers Jörg Müller (DE, BMW Z4 GT3 No 26) and Dirk Werner (DE, BMW Z4 GT3 No 19). However, a heavy shower roughly one and a half hours after the start made for extremely difficult conditions on the 25.378-kilometre Nordschleife. 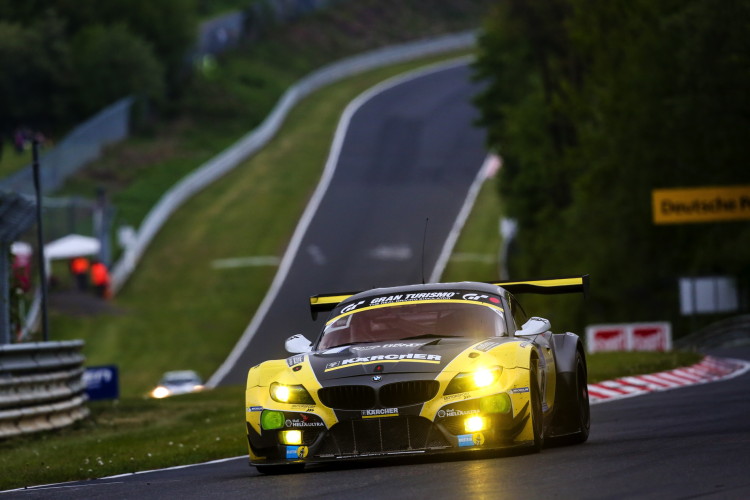 Claudia Hürtgen (DE), who had by this time replaced Tomczyk in the cockpit of the number 20 car, crashed in the Pflanzgarten area of the wet circuit, causing serious damage to the front of her BMW Z4 GT3. The car is currently still in the garage being repaired. Werner, Marco Wittmann (DE), Dirk Müller (DE), Alexander Sims (GB) are fourth for BMW Sports Trophy Team Schubert. 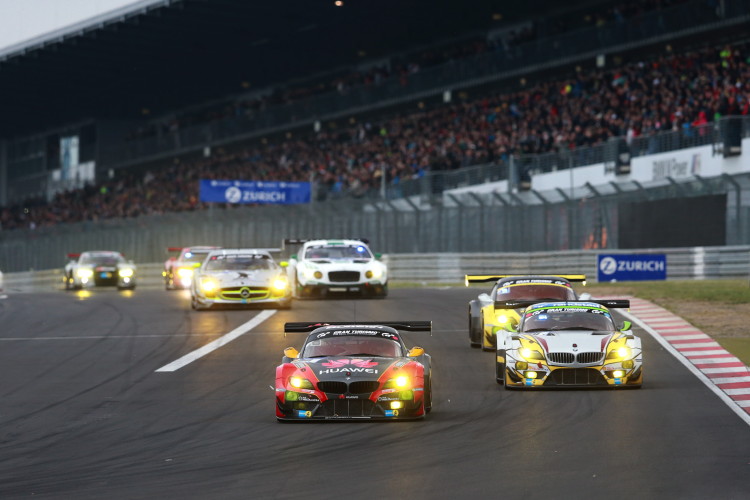 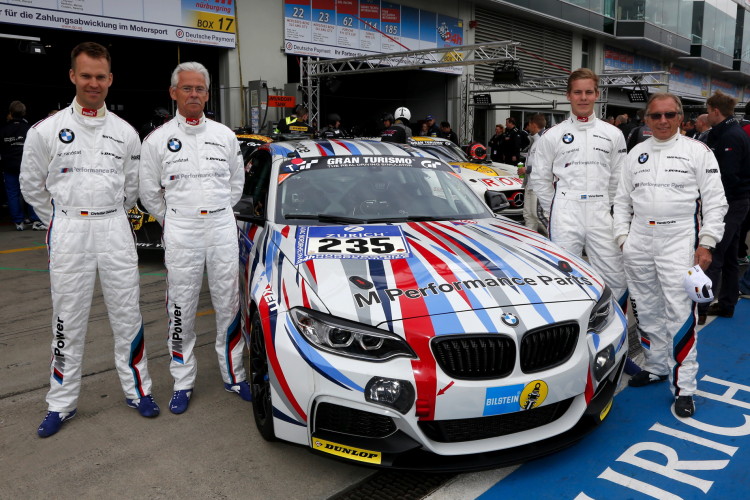 Reactions and positions – after three hours. 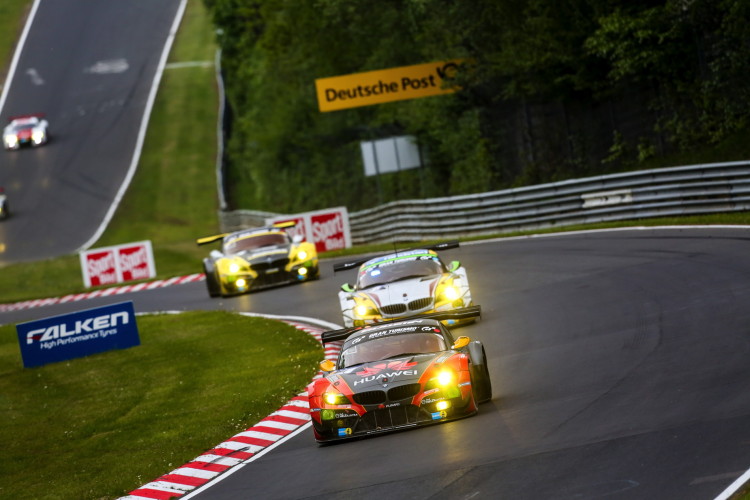 Jörg Müller (BMW Sports Trophy Team Marc VDS, car number 26):
“It was a difficult stint. Our tactics were actually to come in for an early stop, in order to avoid the busiest periods in the pit lane. But I noticed that our tyres were perfect and I was very quick, so we stayed out there longer and changed the tyres later. It then started to rain in my second stint and it was very tricky driving on slicks. However, I got through the stint well.”

Claudia Hürtgen (BMW Sports Trophy Team Schubert, car number 19):
“I jumped over a crest in Pflanzgarten. The spot I landed in was every wet and I lost the rear. I didn’t have a chance. I tried to slam on the brakes, but the car spun 360 degrees. I hit the crash barrier with the front right of the car. There was no warning that it would be so wet at this point on the circuit.”

John Edwards (Walkenhorst Motorsport powered by Dunlop, car number 17):
“The first stint was promising. We made up a few positions and were just outside the top ten after the first pit stop. That shows the car has good pace. I am confident for the rest of the race. For me, as an American, it is a great honour to be here. I really wanted to take part in this 24-hour race. The Nordschleife is the greatest challenge you can face as a racing driver. At the same time, it is also the circuit that gives the most back if you nail a perfect lap.”

Victor Bouveng (BMW Motorsport, car number 235):
“It was an incredible feeling to drive at the start and hear the crowds of fans cheering. I will remember that moment for my entire life. On the whole, my stint was a good one and I had a good battle with our direct rivals in the class. I really enjoyed it.”

One response to “Eventful start at the Nurburgring 24 Hrs Race”