BMW X5 xDrive40e will debut next month in Shanghai 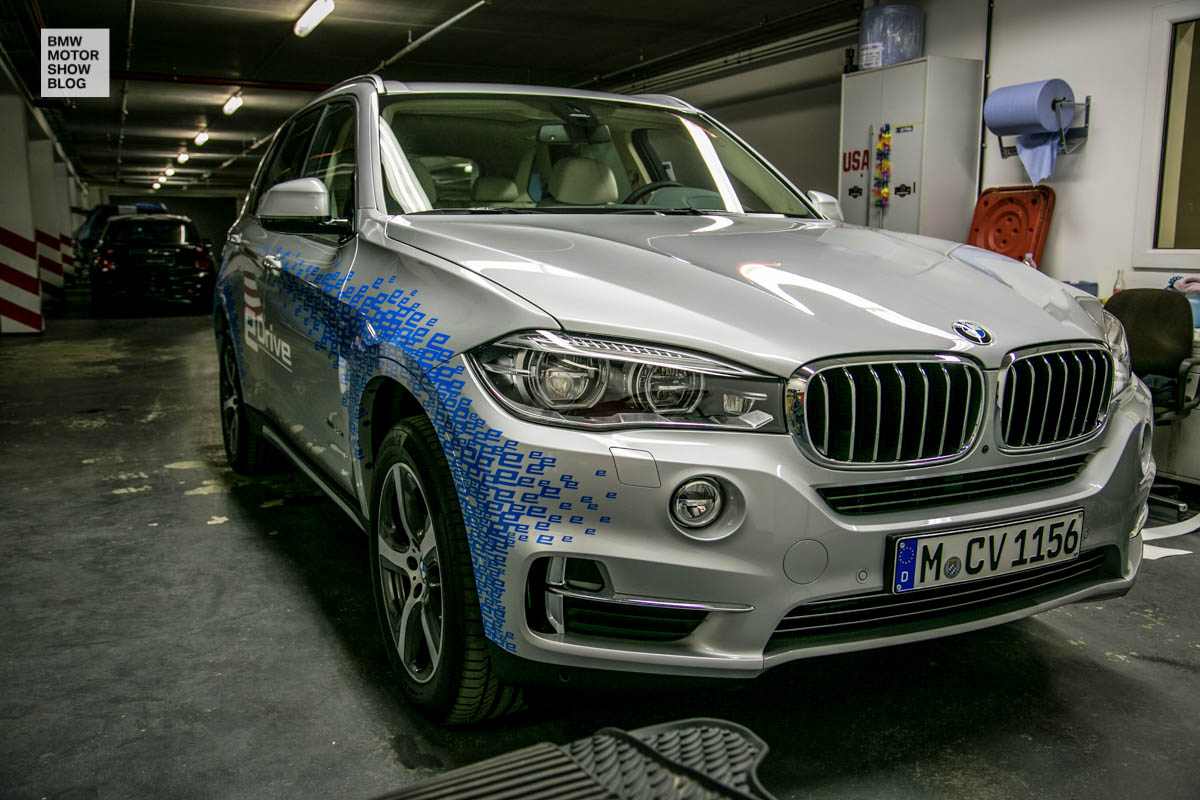 In just a few weeks, the new BMW X5 xDrive40e will make its world premiere at the 2015 Shanghai Motor Show. BMW is in the final stages of preparation of the new X5 hybrid and behind the scenes the car is getting a new wrap.

The blue foil wrap’s theme revolves around the coined term “eDrive” and features a series of “e” letters across the entire car. The trademark ‘eDrive’ will be used for all BMW using an electrical component for driving – as all electrical drive, or Plug-in Hybrid. 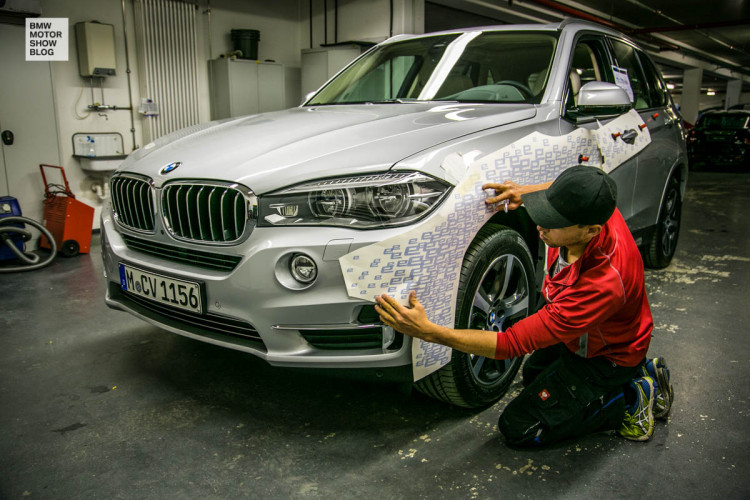 Permanent all-wheel drive and the BMW EfficientDynamics eDrive technology endow the BMW X5 xDrive40e with sensational sportiness and supreme poise on the one hand and outstanding efficiency on the other. The vehicle comes with a total system output of 230 kW/313 hp generated by a four-cylinder petrol engine with BMW TwinPower Turbo technology and a synchronous electric motor.

The Lithium-ion high-voltage battery has 96 cells and a capacity of 9.0 kWh. The electric motor produces 113 horsepower. 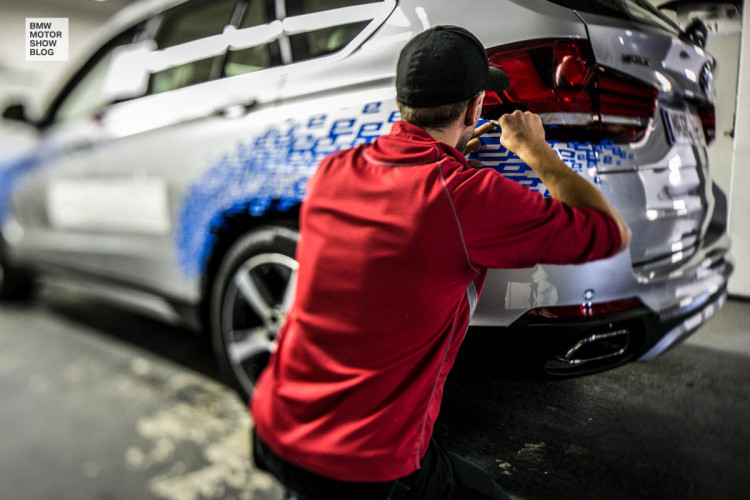 This allows the luxury X5 hybrid model to deliver a remarkable performance. The car accelerates from 0-62mph (0-100km/h) in 6.8 seconds. This is accomplished thanks to a max torque of 184lb-ft available from 0 rpm from the electric motor. Top speed is electronically limited to 130mph (210mph) or 75mph (130km/h) when running on electric power. 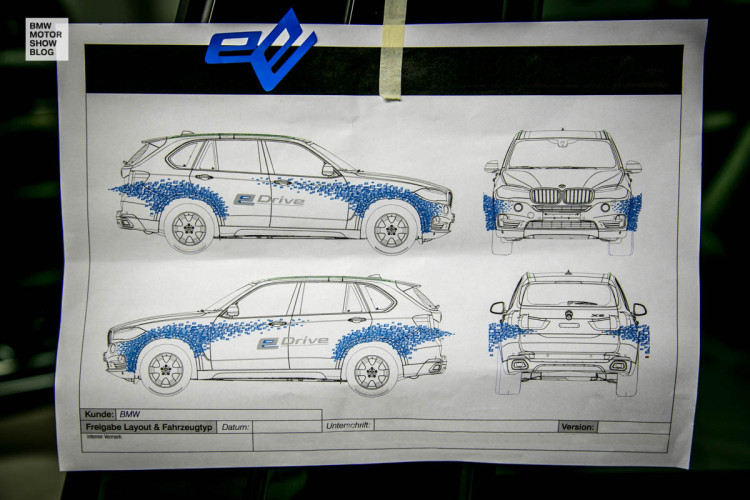 Early preliminary estimates put US EPA mileage estimates at 55 MPGe. The 2016 BMW X5 xDrive40e will arrive in US showrooms in the fall of 2015.