Home » What car would you own beside BMW?

All German cars rest their reputations on a core foundation of values; quality, performance and innovative engineering. However, each individual brand sets itself apart by focusing different specific values from one another. For instance, Mercedes-Benz prides itself on making hilariously over-engineered luxury vehicles. Porsche makes machines capable of baffling levels of performance. BMW is quite a bit different, at least in my mind.

What sets BMW apart are all of the intangibles. Sure Audi’s and Mercedes can perform quite similarly to BMWs, but none of them feel like a BMW, and feel more important than any number on a spec sheet. BMWs just feel more connected, more balanced. There’s just something intangible about the way BMWs drive that makes them so different from any other car. Having said that, it doesn’t mean that every other car is an abomination to drive. Many other cars have desirable qualities. So, if you had to choose any other car company from which to buy a car from, which would it be?

There are many car companies that are sure to give you the fizz when you drive them. Just in a different way that BMW.

Porsches, for instance, feel as if every part about the car was designed perfectly. Harmonious is a good word to use for how Porsches feel. They feel as if the entire car is in perfect harmony. Everything just feels so right. And that’s not to mention the incredible performance all Porsches can put down. However, all of the excellence and perfection can become a bit boring after awhile. While Porsches are fantastic, there’s something about them that seems a bit sterile and serious. I bet not one Porsche engineer knows a single joke.

Mercedes cars have almost bank vault levels of solidity. They feel incredibly well built and superbly luxurious. While many Mercedes don’t have the handling chops that BMWs do, they are able to charm in their own way. With quite, comfortable and luxurious cabins, most Benzs have an aristocratic feel to them. On the flipside of the Mercedes, luxury coin is AMG. The folks in Affalterbach know how to make one hell of a car. AMG Merc’s are about as hardcore as anything else on the road. With mighty, hand-built engines and exhaust notes that could scare dragons away, AMGs are dripping with character. The only problem is, that AMGs are the only Mercs dripping with character. Despite Mercedes’ extreme luxury and solidity, many of its cars come away a bit cold. 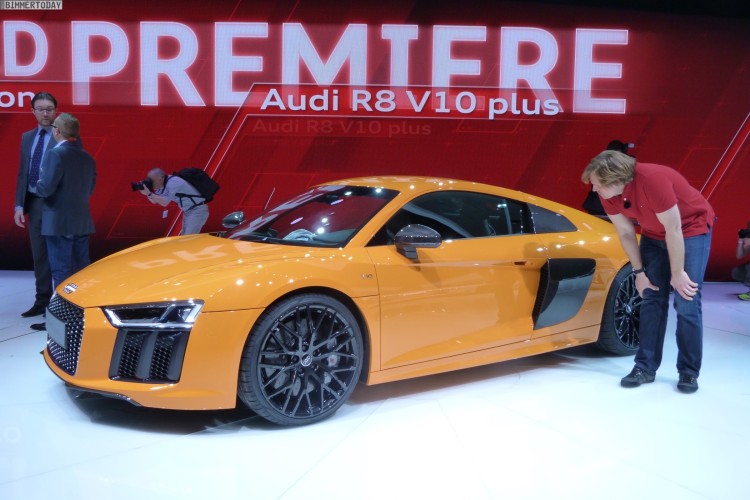 Audi is an interesting option, coming from BMWs. Audi is a car company that seems obsessed with loading its cars to the eyeballs with screens and gadgets and LED lights, that it seems to have forgotten how to make cars fun. Don’t get me wrong, Audis are usually fantastic performance cars. With spectacular engines, transmissions and the brilliant Quattro all-wheel drive system, most Audis can hang with the highest performers on the market. But there’s something very clinical about the way they drive. Something seems to be missing, and that’s the intangible bit that BMW seems to get so right, yet Audi seems to miss. Not that Audi is incapable. The original Audi Quattro, the RS4 and R8 are all proof that Audi, at one point at least, had an imagination and could touch drivers on an emotional level. Aside from the R8, though, it seems as if current Audi has lost that fizz.

These are just some of BMW’s closest competitors. Other car companies, such as Cadillac, Lexus and Volkswagen, are good rivals for the Bavarian brand. Yet despite all of these offerings many of us here tend to choose the Blue and White Roundel. BMW has something that the others don’t. I don’t want to go ahead and say that BMW is definitively better than any other company. Just that BMWs drive differently than any other brand and the characteristics of BMWs make them more appealing to you and I.

But if you had to pick, say, a second favorite, a car company outside of BMW that you’d choose to drive everyday, what would it be?