Will cheap gas hurt the BMW i3 sales?

Home » News » Will cheap gas hurt the BMW i3 sales?

At the DLD-15 conference in Munich, Ian Robertson, BMW’s head of sales and marketing, talked about the future of the BMW i3 family and the impact of cheap gasoline on the sales.

“There are some short-term changes that will occur in some countries,” Robertson said for Bloomberg. “There would be some moves toward some bigger-engine vehicles.”

In the U.S., a gallon of gasoline sells for less than $2 now due the U.S. pumping oil at the fastest rate in more than thirty years, combined with the Organization of Petroleum Exporting Countries’ refusal to cut supply. The price of oil is down forty percent compared to last year and a shift back from hybrid and electric vehicles is bound to happen.

In the U.S., sales of hybrid and electric cars totaled 570,475 vehicles last year, down 3.7 percent compared with a year earlier, according to the Electric Drive Transportation Association. BMW sold 16,052 i3 cars in 2014, along with 1,741 i8 hybrids. The hybrids and electric vehicles account now for 0.8 percent of all BMWs sold in 2014.

But Robertson says that a shor-term shift away from electric vehicles won’t change BMW’s strategy for the brand and this year the company will release new hybrids, including the X5 eDrive. 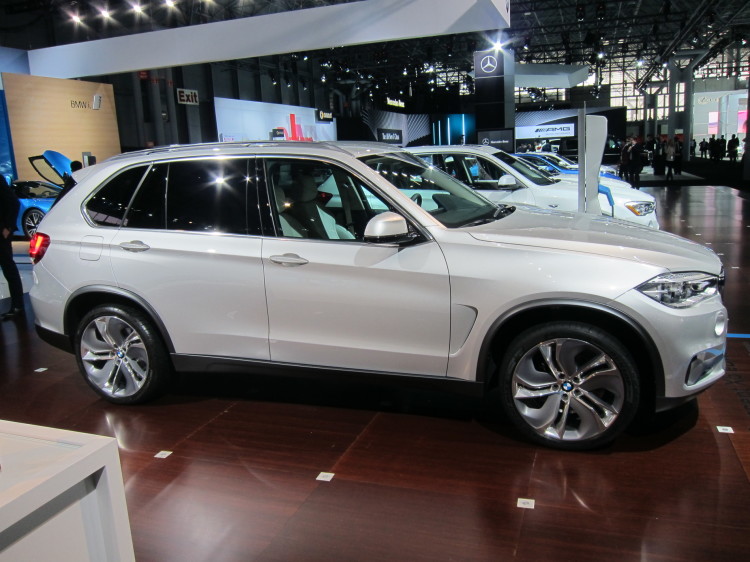 “The legislative framework in the U.S. and Europe, China and Japan is clear, and it’s not going to change,” said Robertson. “The advent of zero-emission cars is coming, so our strategy remains on that track.”

8 responses to “Will cheap gas hurt the BMW i3 sales?”