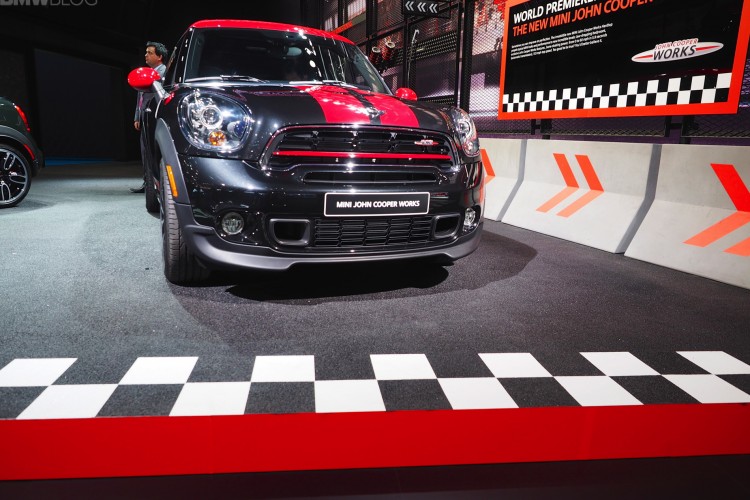 The new MINI JCW Hardtop was unveiled today at the 2015 Detroit Auto Show. Two models are present at the MINI booth, one in the typical MINI JCW black and red color, and the other is the British Racing Green color.

Power is sent to the front wheels via a six-speed manual transmission or an optional six-speed automatic gearbox. The new engine launches the John Cooper Works from 0-100km/h in 6.1 seconds, six-tenths of a second faster than its predecessor. The standard six-speed manual version is 0.2 sec slower. 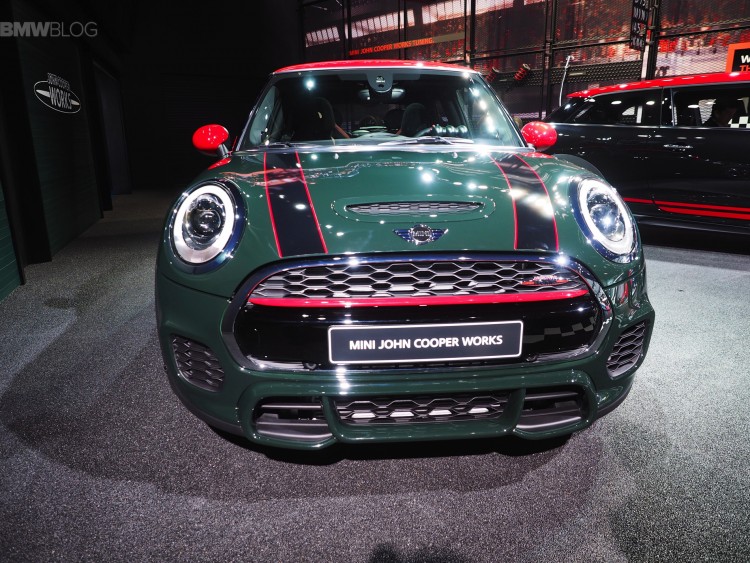 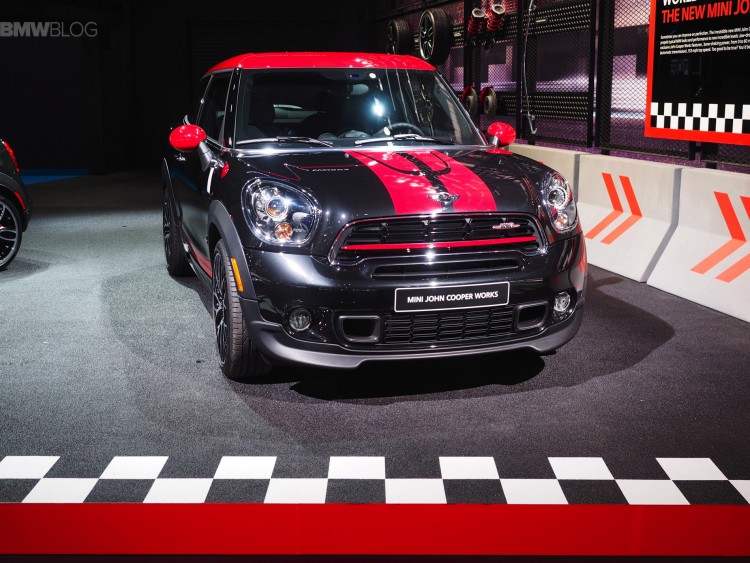 Despite the increased power, the fuel consumption has been improved by 23 percent to 5.7 liters per 100 km with automatic transmission and and 6.7 liter per 100 km with manual.

To stop all that power, BMW worked with Brembo to create the brake systems for the JCW. 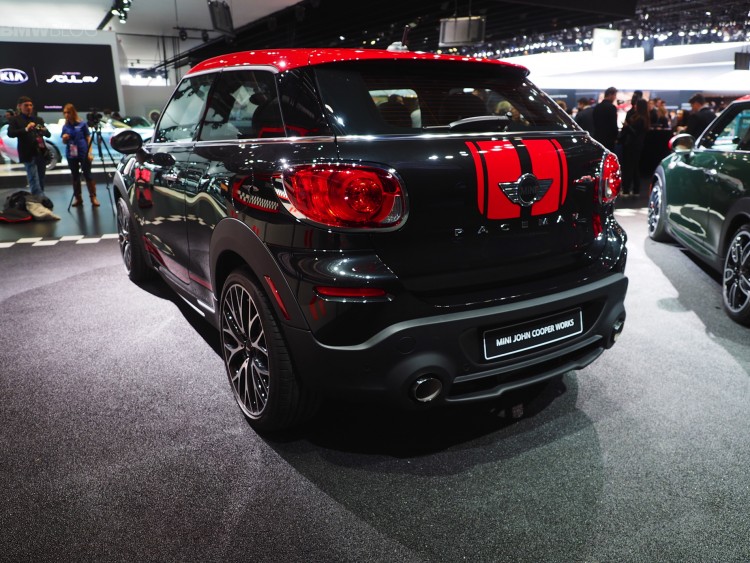 In the U.S., the MINI JCW will start at $30,600, destination and handling not included.