And just like the bimmer, the Merc brings a controversial design that will split opinions. The design follows the lines of a Sports Activity Coupe with a slopping roof and muscular wheel arches. At the front, the strips of chrome and the iconic logo remind us this is a high-end Mercedes while also following the design language of their recent models.

The rectangular, three large lower air intakes and the headlights fit in with Benz’ latest styling language. The taillights are similar to those on the S-Class, sleek and wrapped around the stocky rear-end.

Inside the cabin the GLE stands out with a high-level of luxury and craftsmanship, combined with a sporty design. Lots of carbon fiber is used inside and a solid-looking steering wheel to steer off the fairly heavy Sports Activity Coupe.

Mercedes-Benz GLE is rumored to debut next month at the 2015 Detroit Auto Show. 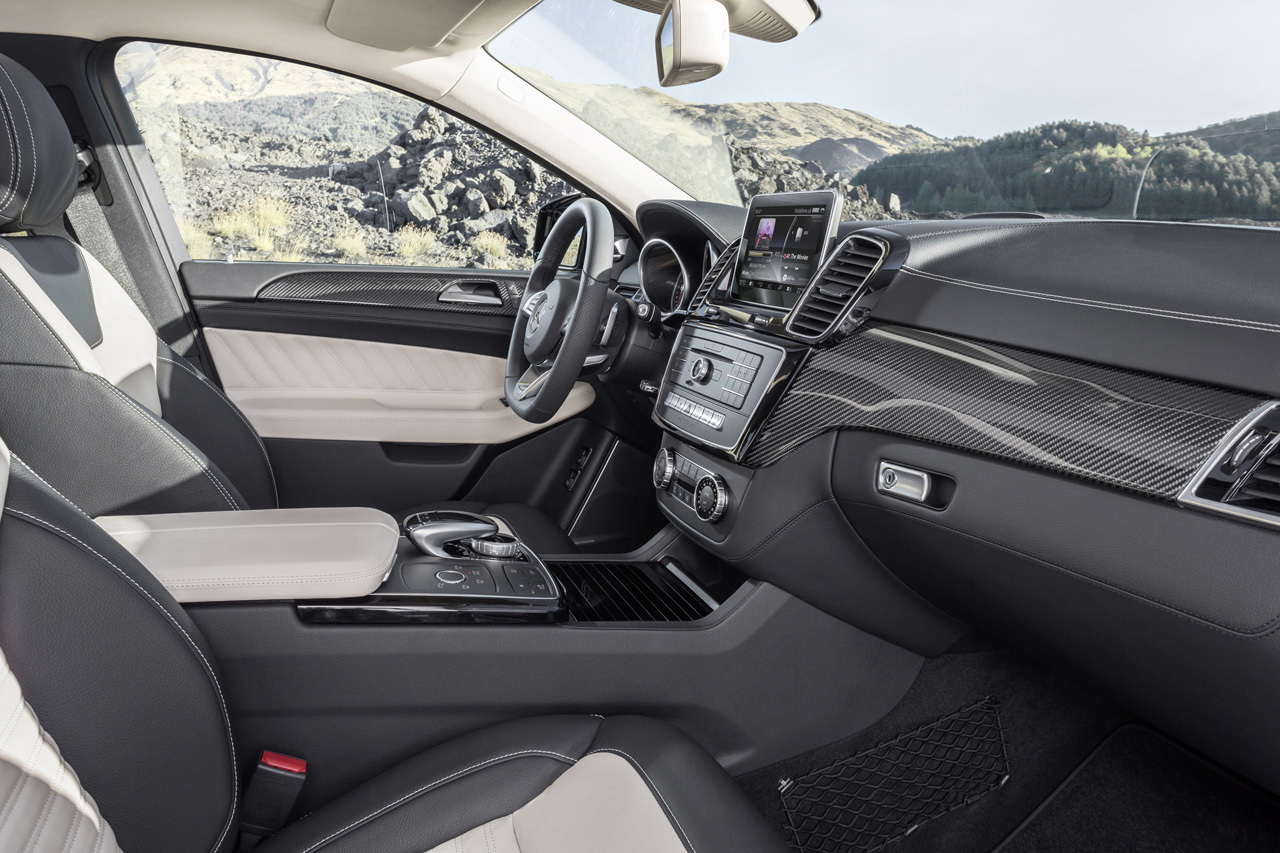 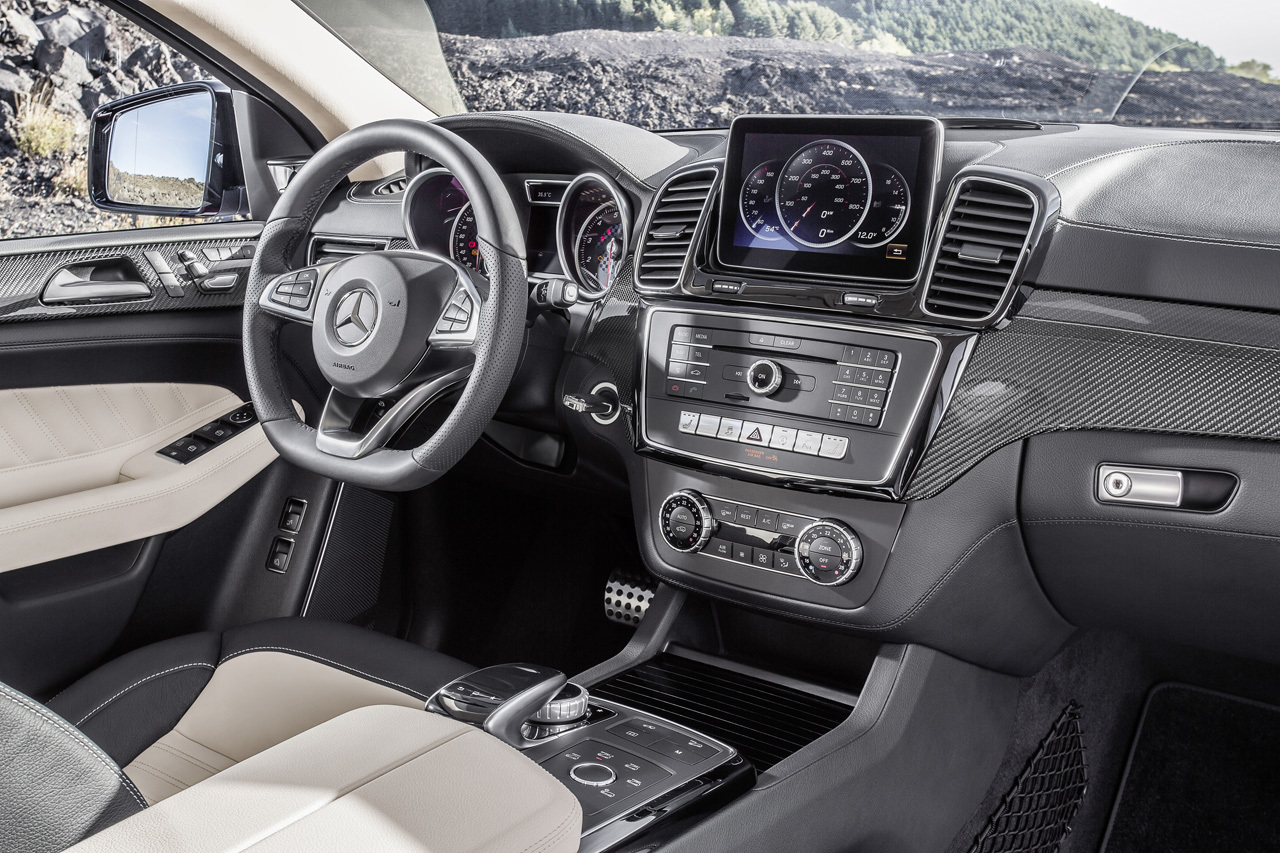