BMW i3 PSA: No, There is Nothing Wrong With Your Battery!

Home » BMW i3 PSA: No, There is Nothing Wrong With Your Battery! 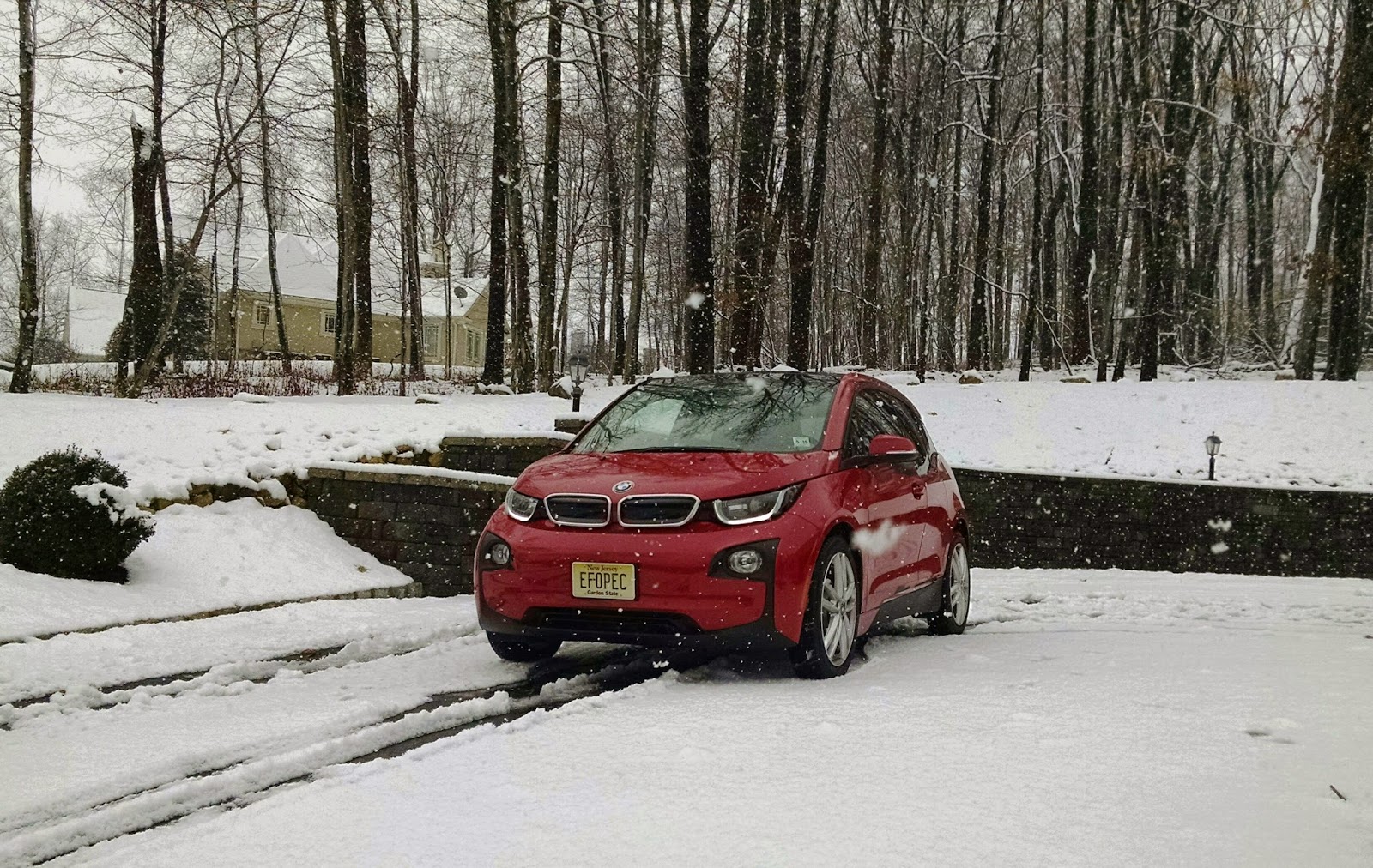 I remember back to my first year in the MINI-E program. It was 2009 and there weren’t many electric vehicles on the roads, especially outside of Southern California. About five months into the MINI-E Trial Lease program there was a rush of participants bringing their cars to their MINI dealer for service, telling them something was wrong with their cars. This occurred in late October…

Suddenly, the cars couldn’t go as far as we were used to, and the range drop off seemed to happen very quickly, without notice and without reason, leaving many people to assume their car was malfunctioning, and perhaps had a bad battery. Some of the people even swore the range drop coincided with their last service visit, so there had to be something done at the dealership that caused the loss of range. 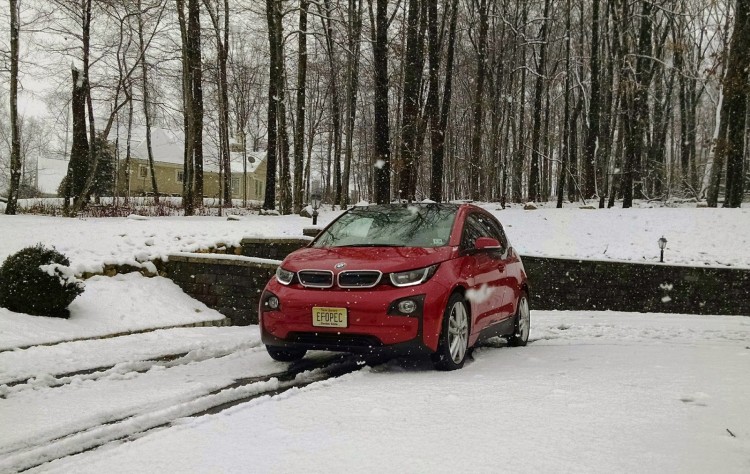 I had read quite a bit about electric cars before getting mine, and knew there would be some range degradation in the cold winter months of Northern New Jersey, but I really didn’t know how much the range would drop. Evidently many of the other participants were completely in the dark about what to expect once the winter months arrived. Some were so put off by the range degradation, they insisted that BMW take the car back and allow them to leave the program. I remember one particular person tell me that drop in range meant they could no longer make the round trip to work every day, so the car was of no use to him for three months of the year.

When the MINI-E program ended in 2012 I joined the BMW ActiveE lease program. By then some of the participants were aware of the effects the cold weather has on EV batteries since mainstream EVs like the Nissan LEAF and Chevy Volt had both been available for over a year. However there were still quite a few ActiveE drivers who were caught off guard by the loss of range once winter rolled around, and this became a major topic of discussion among the ActiveE discussion forums. Just as with the MINI-E drivers, many believed their car was experiencing some kind of battery problem, and couldn’t believe the range would be affected so much by the cold weather.

So here we are in 2014 and not much has changed. The i3 launched in May in the US, and the vast majority of owners have never owned an electric vehicle before. Many of those who live in cold weather regions are now finding out firsthand how much the range can be affected by cold weather. I am the admin in the i3 discussion forum over at mybmwi3.com and the reduction of range has been widely discussed of late. Just as with the MINI-E and ActiveE programs, there are people who are convinced that there is something wrong with their car. I suppose there could be an issue with someone’s car, so I would recommend to anyone concerned to take their car in for service to have it checked out, but I’m sure most everybody is going to get a clean bill of health, and at that point they are going to have to come to grips that the reduced range is due to the temperature, and learn how to live with it.

I must say I am a little disappointed in BMW for not offering better educational information for new owners. It wouldn’t have been too difficult or expensive to prepare an information card which helped new owners understand how temperatures can effect their range. I’ve had a couple dozen i3 owners reach out to me already for information about this, many concerned they have a problem with the car. I think BMW should make a “Battery 101” information card and hand it out to all new owners at the time of delivery with their other vehicle documents. This could cover temperature issues as well as tips to help extend the life of their battery, offer advice for long term vehicle storage and offer a brief explanation on how the battery system works. I believe owners would appreciate this kind of information. It feels a little like Groundhogs Day with the same questions about range coming up every winter. There has to be a better way to prepare the customers for this before it becomes a problem.

That said, there are techniques to help offset the effects the cold weather has on the battery. Here are some of my recommendations to help get you throughout he winter:

Precondition: Use the precondition function as much as possible. The i3 will preheat the battery and passenger cabin so you leave with a fully charged and heated battery, plus a warm cabin. By doing so, you will use less of the stored energy in the battery for these functions, which will allow that energy to be used for its main purpose, to propel the vehicle. You can set the preconditioning to begin every day at a set time so your car is ready for you. Make sure the car is plugged in while you precondition because you want to draw energy from the grid to do this, not drain down your battery.

Cabin heat: Limit the use of the cabin heater as much as possible. The BEV i3s are equipped with an advanced heat pump which is much more efficient than the resistance heater used for the REx i3s. However it still can use a fair amount of energy and will indeed cut into the range. If your i3 is equipped with heated seats I highly recommend using them as much as possible. By doing so you can use the cabin heater less which saves energy since the heated seats use less energy than cabin heater; heat pump or not. If you simply dress a little warmer and use the heated seats you can really cut down on the use of the cabin heat, and this will definitely have a positive effect on your range. If you are wondering why i3s with the range extender do not have a heat pump, there are two main reasons. First and most importantly, the actual heat pump on the BEV i3 is located where the gasoline tank is on the i3 REx, so there isn’t room for it. Secondly, squeezing every mile possible out of the battery isn’t quite as important with the REx i3, since you can still continue driving once you exhaust your battery. With the BEV i3, those extra 3 or 4 miles the heat pump may add might make the difference in you getting home or not on a cold night.

Properly inflated tires: Tire pressure falls as weather turns colder. Some tire experts say that for every 10 degrees of temperature drop your tires can lose 1-2 lbs of pressure. Under-inflated tires create more road friction which will reduce efficiency. Some EV drivers I know actually add  four to five pounds of pressure to all of their tires before the winter months begin. Always make sure to check the recommended and maximum pressure for your tires, as that’s different for every tire and car.

Park inside: Whenever possible park the car in garages, especially if they are heated. If you park outside for an extended period like while you work, you should find a spot that will be in direct sunlight for as much as possible. By parking in direct sunlight you’ll have a warmer cabin and battery when you return to your car later.

Slow down: Besides preconditioning and conservative use of the cabin heater, driving a little slower is perhaps the best way to extend your range. This is true regardless of the ambient temperature, but during the winter months driving a little slower can help offset the range you lose to the cold. If you do knock off a few miles per hour on the highway, make sure to move over into the right lane so you don’t hold up traffic. Also, try to accelerate slowly form a standstill. Jack-rabbit launches are definitely fun with the i3 but they do consume a lot of energy.

Charging times increase: While you’re charging, the thermal management system will also be working to warm the batteries. This takes some of the energy that would have gone directly into the battery and uses it for the TMS. On really cold days I’ve noticed it takes my car 30 to 45 minutes longer to fully charge. Knowing this you may have to adjust the delayed charging setting on the car and allow for more time before you can unplug.

Use Eco Pro Modes: The i3 has two Eco driving modes to complement the default “Comfort” driving mode; Eco Pro and Eco Pro+. Both modes reduce power supplied to the motor and energy consuming features like the cabin heater. Most features work fine in Eco Pro mode, but Eco Pro+ restricts the power so much to them that some no longer even function. Another benefit to using Eco Pro and Eco Pro+ in the winter is by reducing the power to the motor the car accelerates slower and helps to reduce the possibility of wheel spin. I definitely recommend using Eco Pro mode whenever driving on ice or snow covered roads.

Below is an interesting chart prepared by FleetCarma. It compares the effects of the cold on the fuel efficiency of an electric car and a gasoline car. It isn’t exactly what I’m discussing here today, but it helps to see how both gas cars as well as electric vehicles are effected by the cold. It’s interesting to see that the cold affects the EV more, but the actually energy cost of the reduced efficiency is less on the EV. So while it may be a greater inconvenience for the electric car driver, the cold weather inefficiencies actually costs the gasoline car driver more money.

10 responses to “BMW i3 PSA: No, There is Nothing Wrong With Your Battery!”