This past summer, we took our BMW 1M to the tire shop and swapped out, for the first time, the Michelin PS2 tires in favor of the Michelin Pilot Super Sport, the now standard rubber on the new BMW M3 and M4.

With a car like the BMW 1M, grip is what matters most. Adding more ponies to the standard 340 horsepower, and you have a little rocket on your hands which needs proper rubber to deliver the best performance. Often, tires are the limiting factor in traction and the development of new tires for performance vehicles has become an art itself – along with tens of thousands of miles testing and thousands of hours of track time. 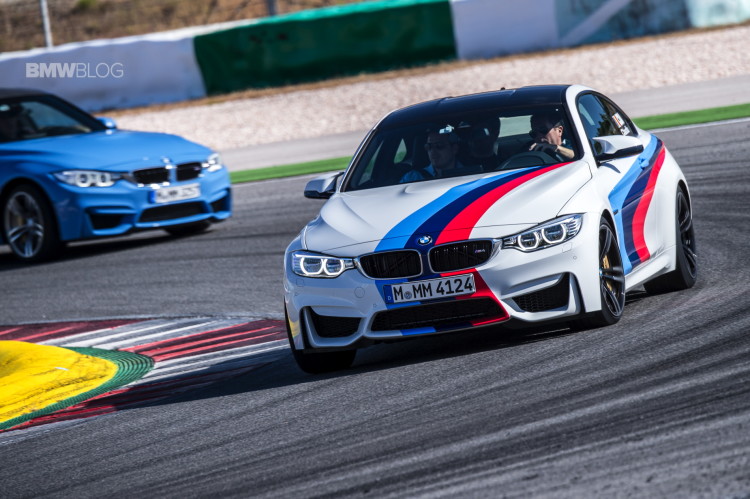 Michelin Pilot Sport 2 was the standard tire on many BMW performance cars but in 2010, Pilot Super Sport were born and ready to take the performance high-tire to a new level.

Michelin co-develops many of its tires with specific automotive manufacturers, including BMW, Ferrari, and Porsche. Each one of those tires carry a label on them (or a star in BMW’s case) to point out the tire was designed specifically for that model or brand.

More specifically, Michelin says that the Pilot Super Sport series is the result of Michelin engineers testing some 80 different tire specifications covering over 30,000 miles. BMW M and Michelin tested the tires over 60,000 miles at various race tracks around the world, including the famous Nurburgring.

BMW told us that Michelin will provide the first prototype tires and after they get inside BMW’s kinematics so the two companies work close together. BMW says it’s a lot of testing of tire compound, shape, sizes. 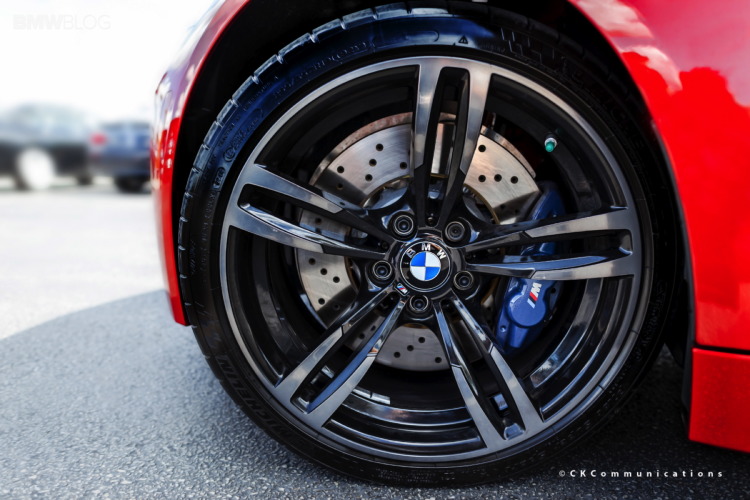 
The Twaron fiber wraps around the tire to ensure structural rigidity while maintaining shape at high speeds.

80 percent of the inner rubber is optimized for wet traction and 20 percent on the outer portion is for dry handling.

The tread pattern allows for better spread pressure and temperature across the contact patch. Basically, aided by software simulations, patch’s shape changes during cornering while the amount of rubber in contact with the road remains the same.  For the new PSS, only the outer 1/5 of the tire is a summer compound, while the remaining 4/5 is a winter/wet compound. 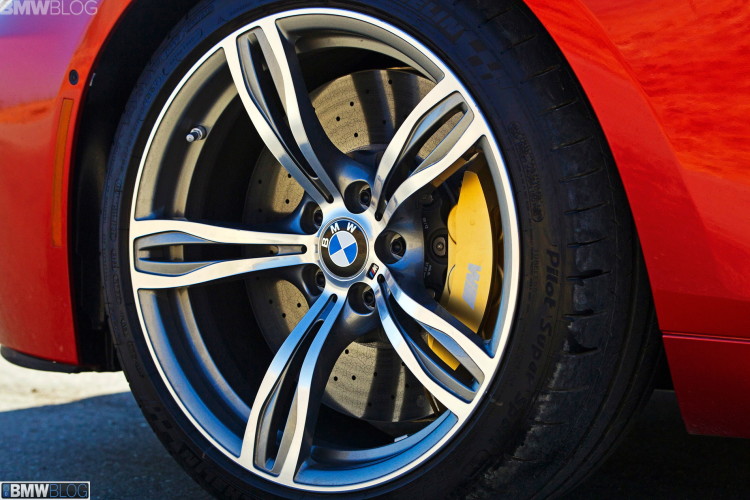 This year, we spent hundreds of hours and about 8,000 miles with the new Michelin Pilot Super Sport. Our test vehicles were the BMW M6 Coupe, BMW M3/M4 and our own BMW 1M Coupe. The goal was to test the PSS, not only one different roads and tracks in the world, but also with different suspensions and power outputs. And it doesn’t get better than the line-up we got to play with. From the 340 horsepower 1M (tuned up to 400 hp though) to the 425 hp on the M3/M4 and all the way up to 575 hp for the M6 Coupe Competition Package. 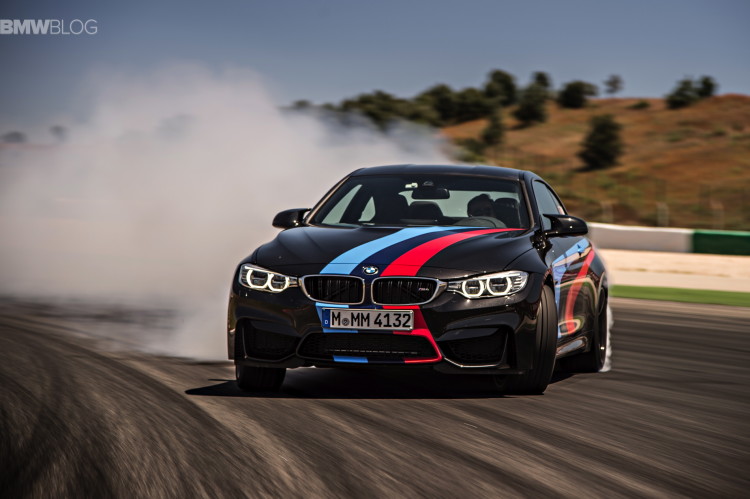 On the track, we took the M cars to Portimao, Portugal and the Nurburgring. In both cases, we used the M3 Sedan and M4 Coupe as our “Guinee pigs.”

With very little warm up needed, the PSS gets to the optimal temperature fairly quick. The long straights and elevations at Portimao track were the perfect setup for the tires test.

First, we wanted to observe the braking capabilities and stability. The instant you started braking, you could feel the difference from the PS2s, with increased stability when braking hard from 130 mph to 30 mph in a matter of seconds. The M3 and M4 were under the driver’s full control and they were properly planted on the tarmac for the right-hand turn in. To test the tire patch even further, we floored the gas pedal mid-corner and the Pilot Super Sport simply stuck to the ground, made a little tire noise, but pulled us out with the wheel straight and ready to apply full power. 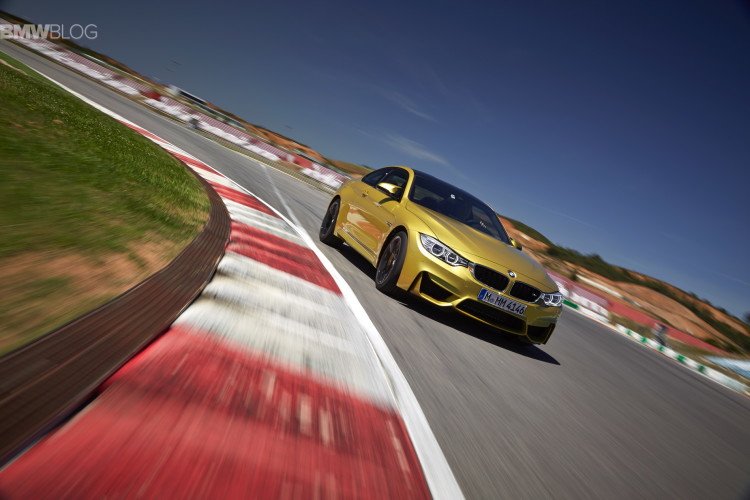 We’ve already touched on this a bit but there are a few more points to make. Michelin and BMW explained that the new PSS offers sustainable maximum lateral grip which comes to the front when the car begins to understeer. Dialing in more steering and the car will turn in more. Basically, the tires are more forgiving for those that are quick to enter the corner and too fast. 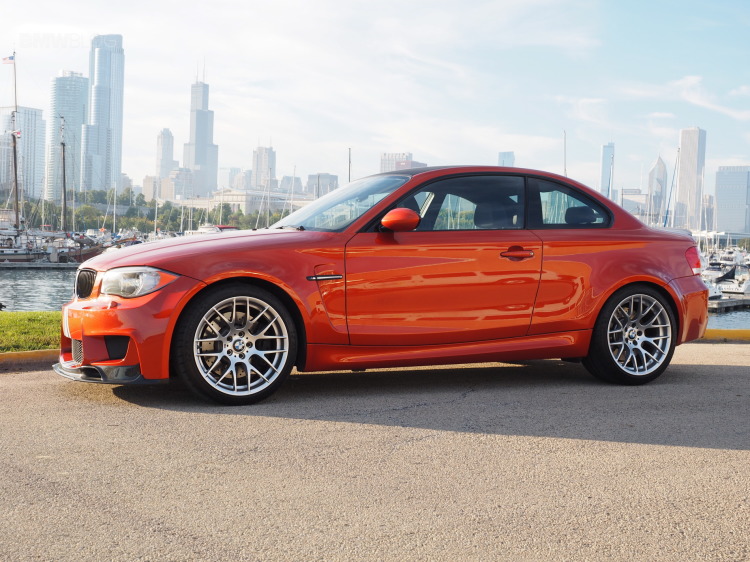 Most of our time with the Michelin Pilot Super Sports was spent on “regular roads”, including some high-speed driving on the Autobahn and unfortunately, on the terrible Chicago roads as well. On the Autobahn, we pushed the tires and M4 all the way up to 155 mph, including some heavy braking (the carbon ceramic brakes help a lot too) and lane changing. Again, the tire patch was impeccable, stability stellar and they have more shoulder grip than we experienced on the PS2 model.

Over in Chicago, we have a few routes that takes us back home and into the city, one of those roads come with some sharp highway exists where you can see how grippy the tires are. So we set the cruise control at around 50 mph and let the 1M dictate the trajectory. On the PS2s, we would lose grip almost every time but surprisingly, the PSS was planted on the road and even let us believe we can attack the corner with higher speed and no braking. 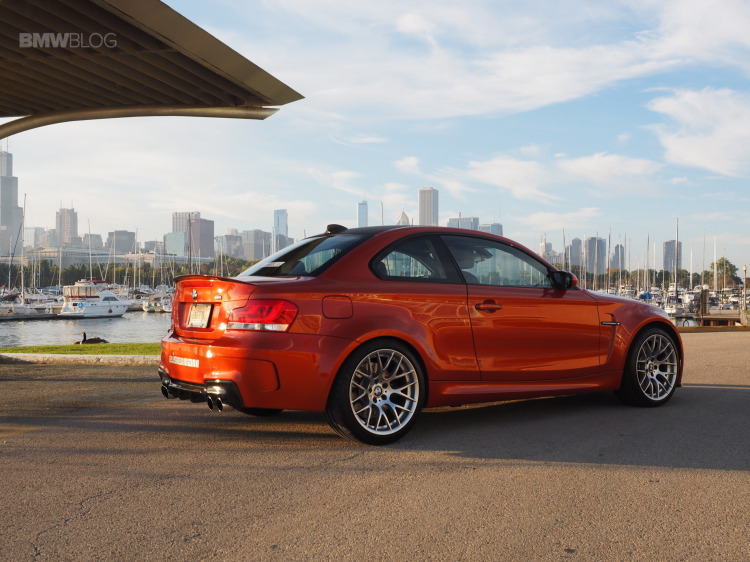 But what really impresses us with the new Michelin Pilot Super Sports are their handling on wet pavement. Riding on the PS2 for two years, often we found the 1M losing traction on wet roads, regardless if it was a spirited start at the stop light or turning in. We also once caught some light snow on the way home and PSs felt like Formula 1 slicks – not that the expectations were higher.

Now with the PSS tire, aquaplaning or hydroplaning is being limited and we’ve encountered that only when we pushed the car and tires beyond the limits of physics. Without a doubt, these are the best tires we’ve tested in the rain and gave us confidence even with the happy tail BMW 1M which with its 400 horsepower, it’s simply a little beast asking for trouble. 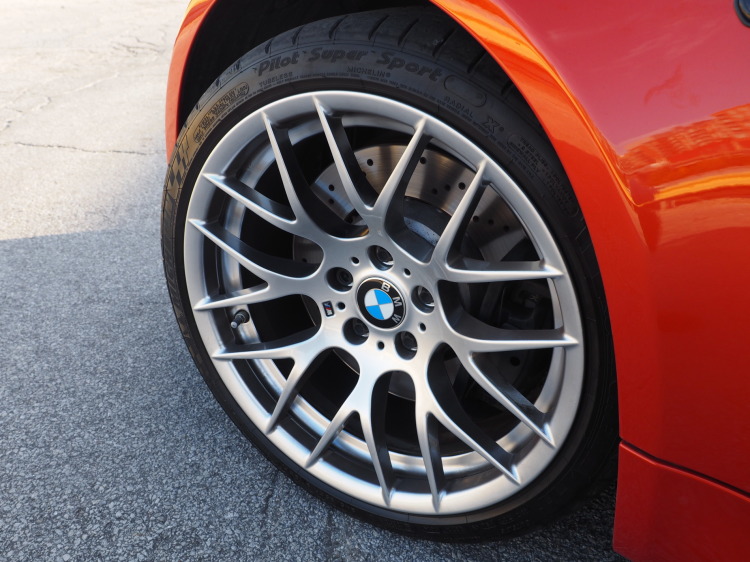 The bumpy Chicago roads and the interminable potholes, surprisingly, make for a great test. Over the course of approximately 1000 miles, we ran over quite a few potholes and the tires held up really well. Despite being run flats, the comfort level has also been increased over the PS2, making the typical 1M ride less harsh.

While Pilot Super Sport tires are designed to allow sports cars, sporty coupes, performance sedans and supercars to achieve their full potential in dry and wet conditions, like all summer tires they are not intended to be driven in near-freezing temperatures, through snow or on ice. So as always, prepare for the cold weather and snow. 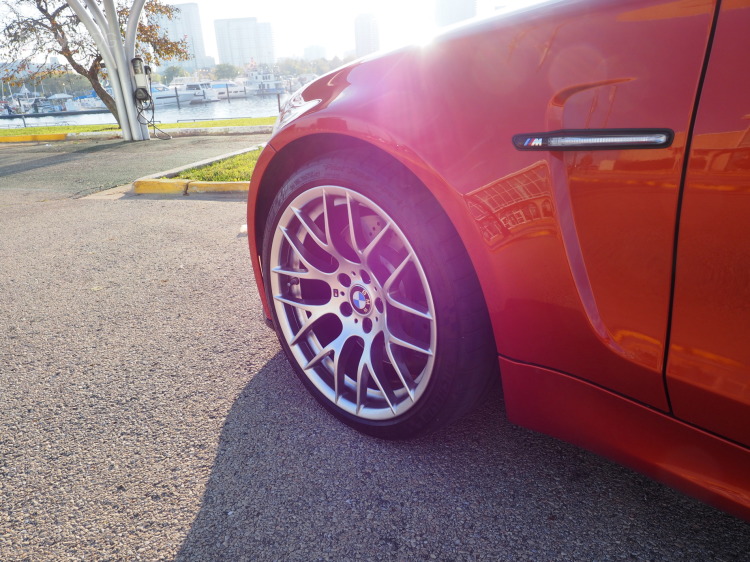 At $255 for the front and $295 for the rear at TireRack, these are not just some of the best performance tires to buy, but also some of the most affordable.

Disclosure: Michelin USA provided us the rubber for the BMW 1M Coupe, but all the other tests were performed on standard equipped M cars.

At $136 each at TireRack for the new BMW M4, these are not just some of the best performance tires to buy, but also some of the most affordable.