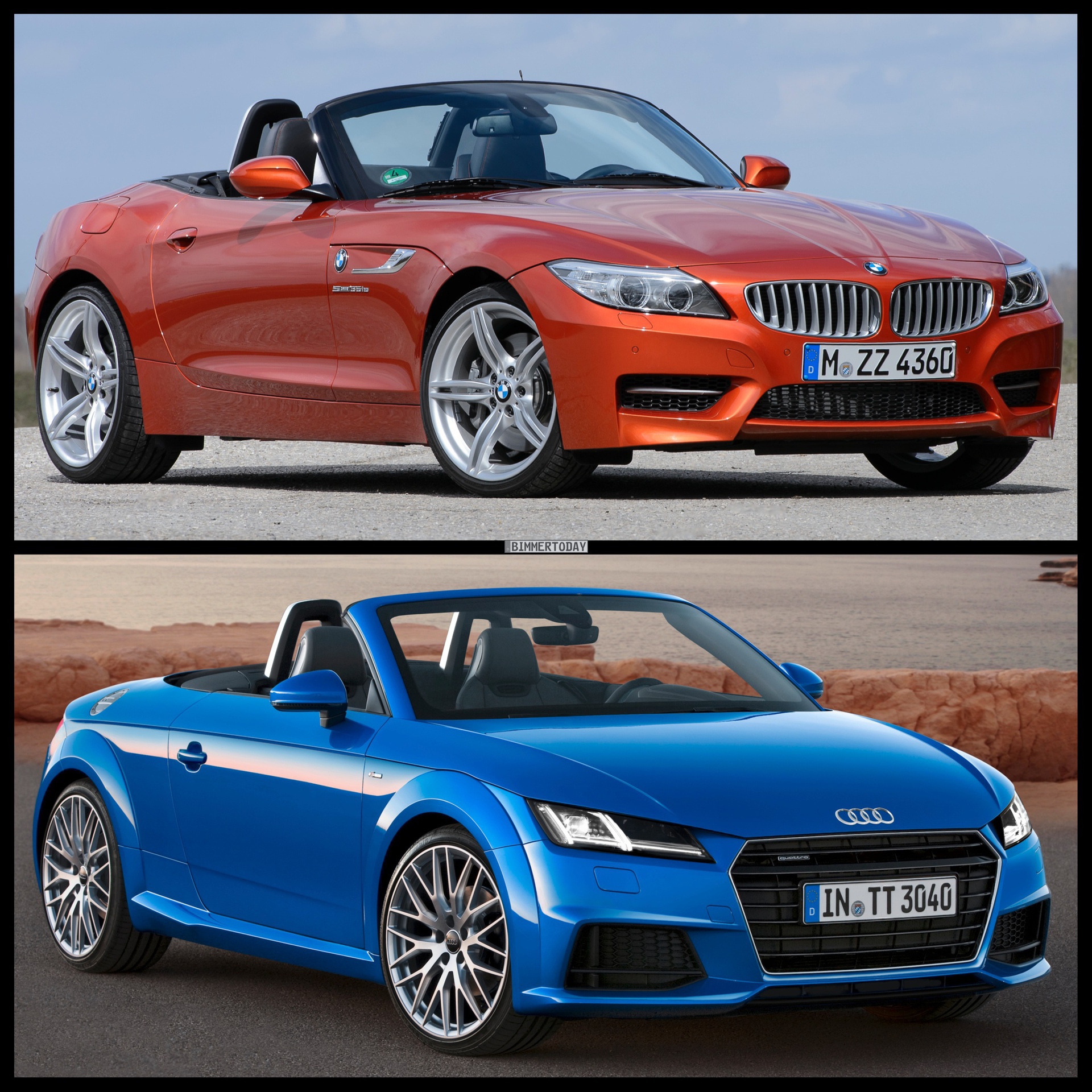 The 2014 Paris Motor Show will host the world premiere of the new Audi TT Roadster. Featuring a classic fabric roof, the TT Roadster will compete against the BMW Z4 Roadster which sports a hardtop. The soft roof on the TT can be opened in just ten seconds and up to 50 km / h.

While the new Z4 might not be renewed, or at best would replaced by a new model, the competitors continue to bet on the declining roadster premium market. The new Audi TT Roadster continue to be powered by 2.0 liter engines, both gasoline and diesel. At the lower end we have the 230 hp 2.0 TFSI model available with a 6-speed DSG and quattro, followed by the 2.0 TDI with 184 hp and the top of the line, TTS Roadster developing 310 horsepower from the four-cylinder 2.0 TFSI engine. 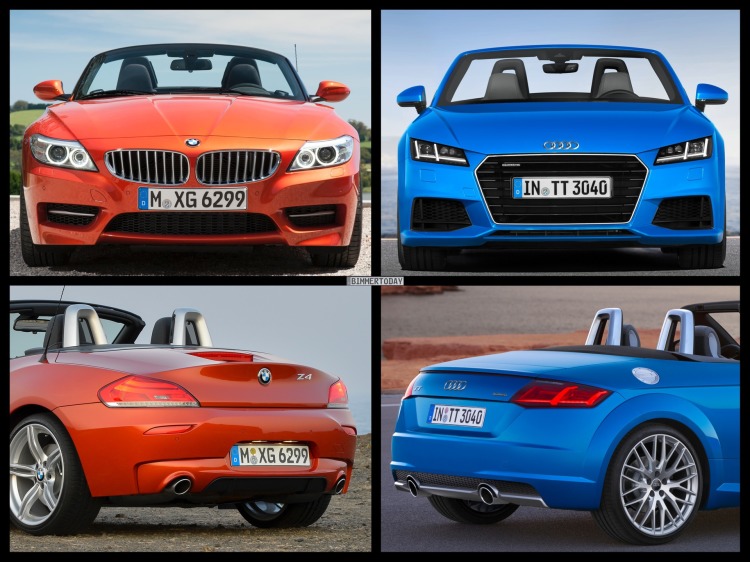 A TT RS model should follow later with a five-cylinder turbocharged engine.

BMW continues to offer six-cylinder engines in the Z4 lineup with the Z4 sDrive35i and sDrive35is at the top of the range.

Audi says the TT Roadster is the most aerodynamic car in its class, citing a 0.30 drag coefficient with the roof in place. Should make for a quieter cruiser, and above 75mph an electric spoiler pops up to create more downforce.

We’ve put together a photo comparison looking at the two cars from all angles: 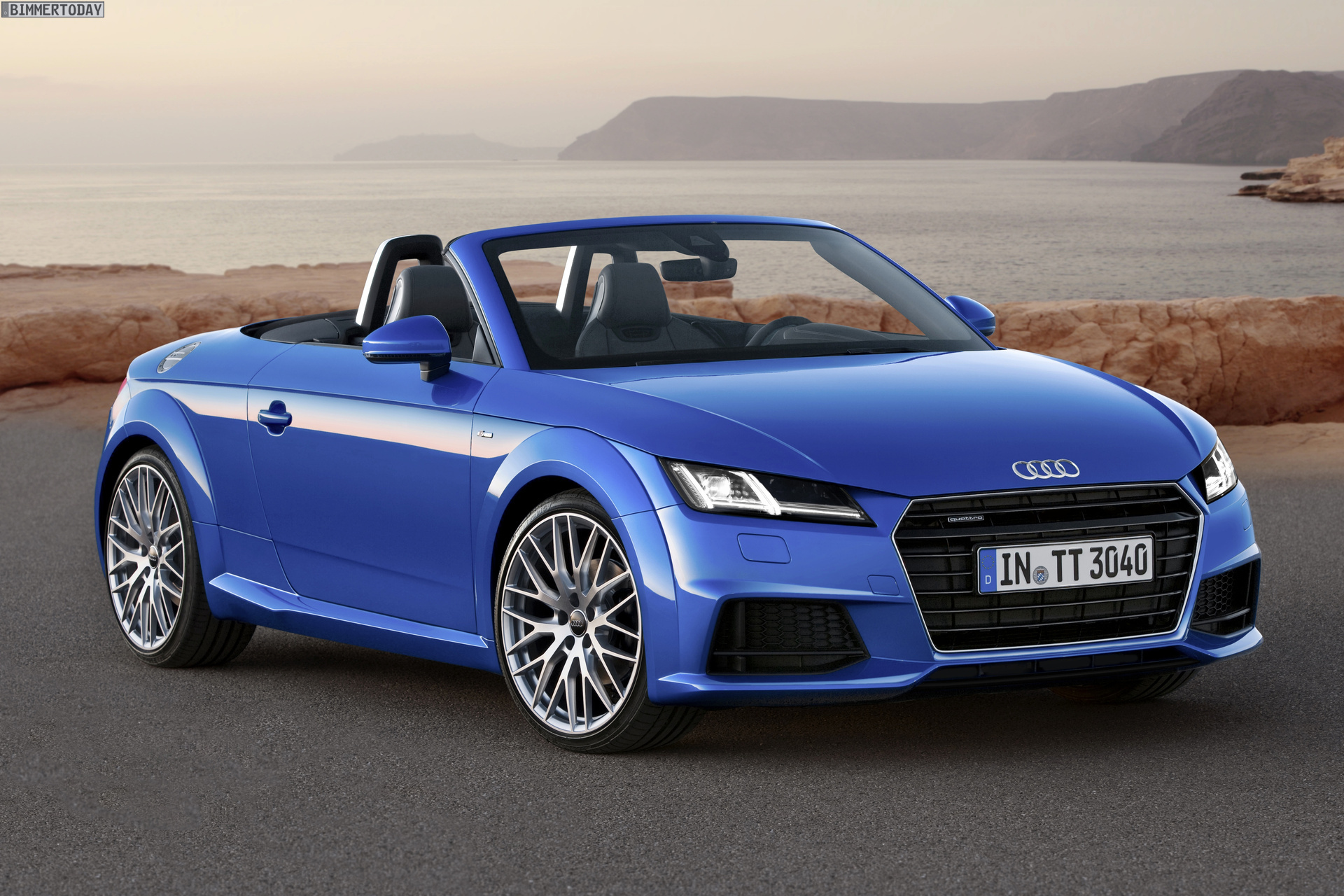 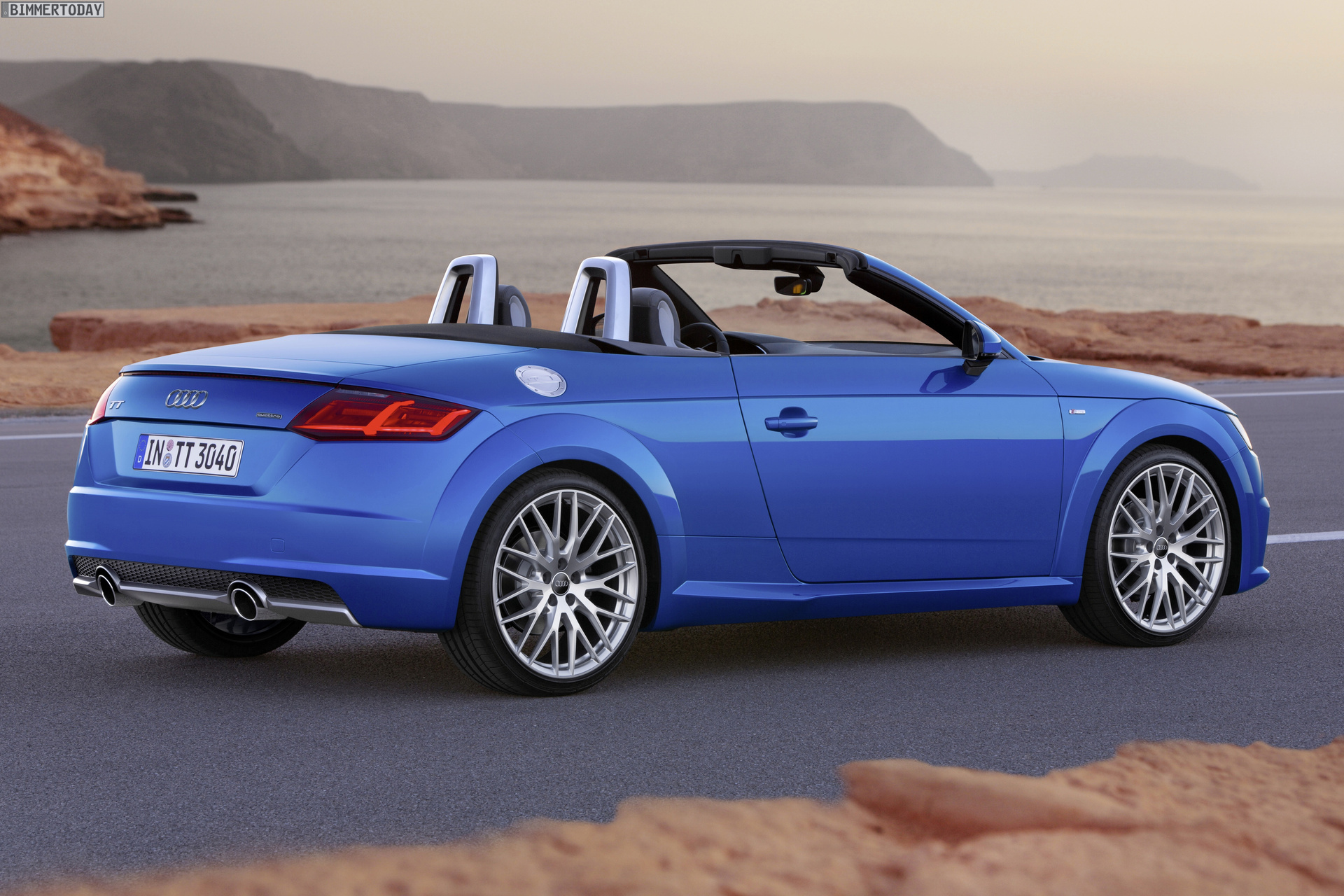 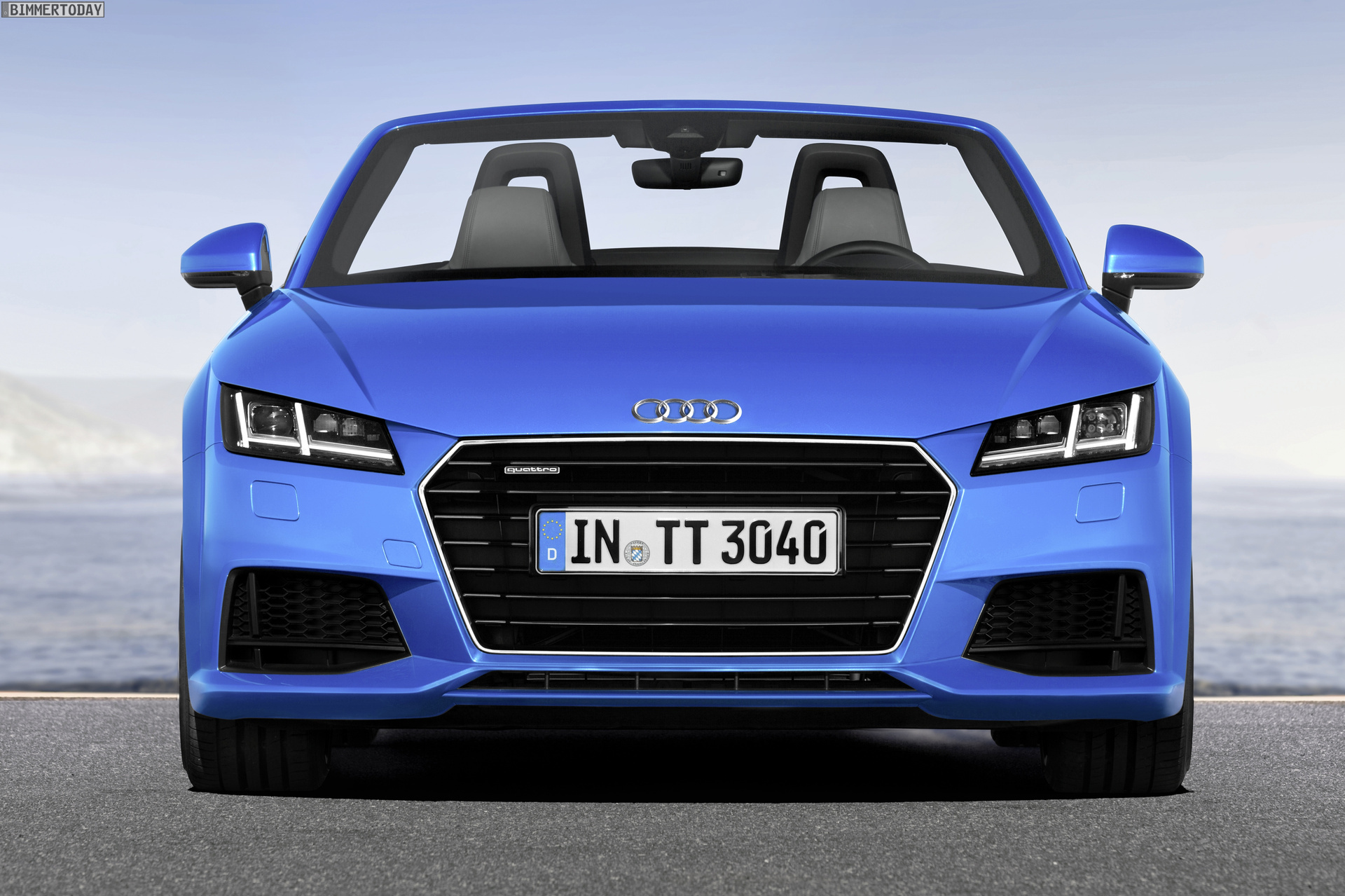 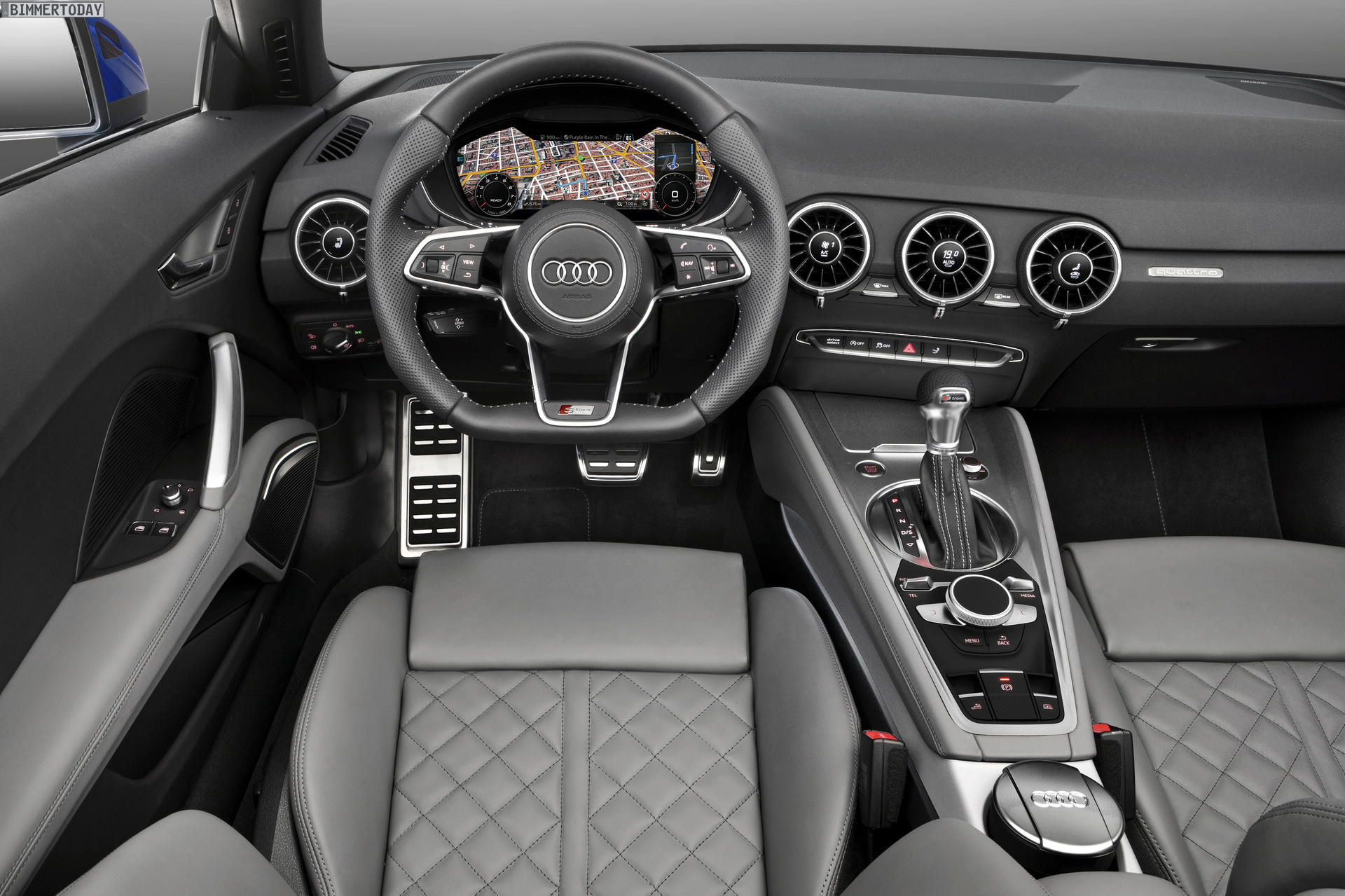 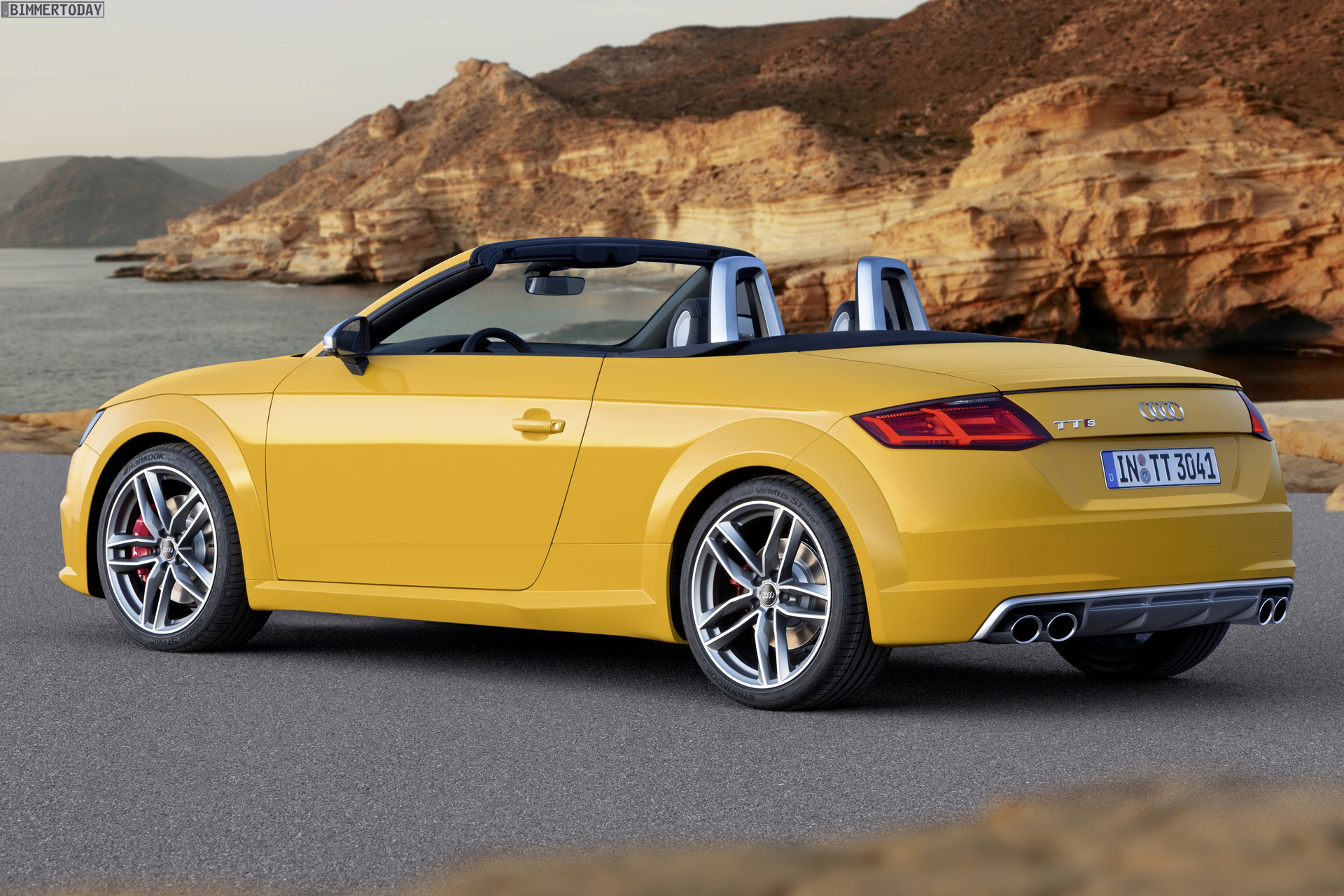 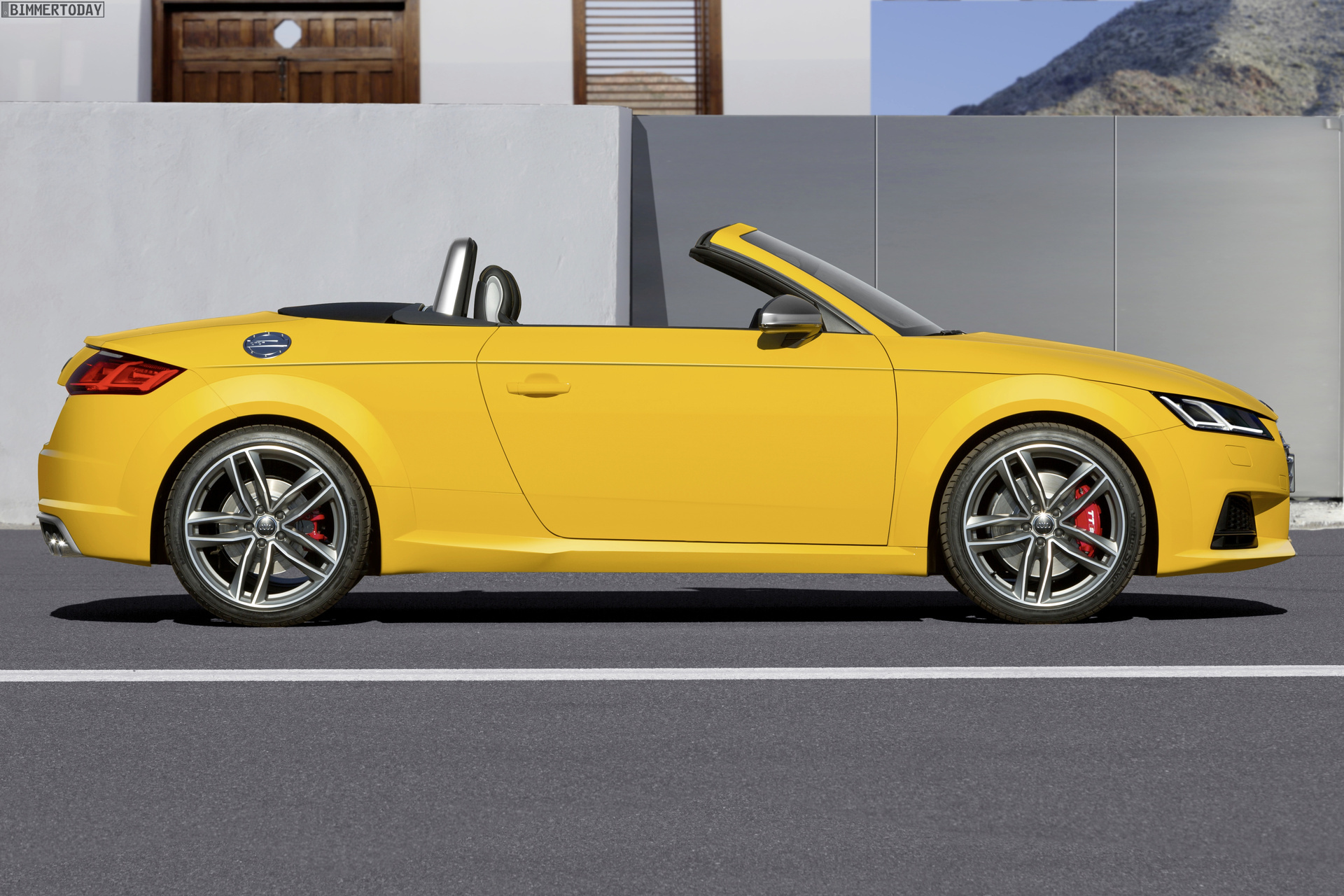 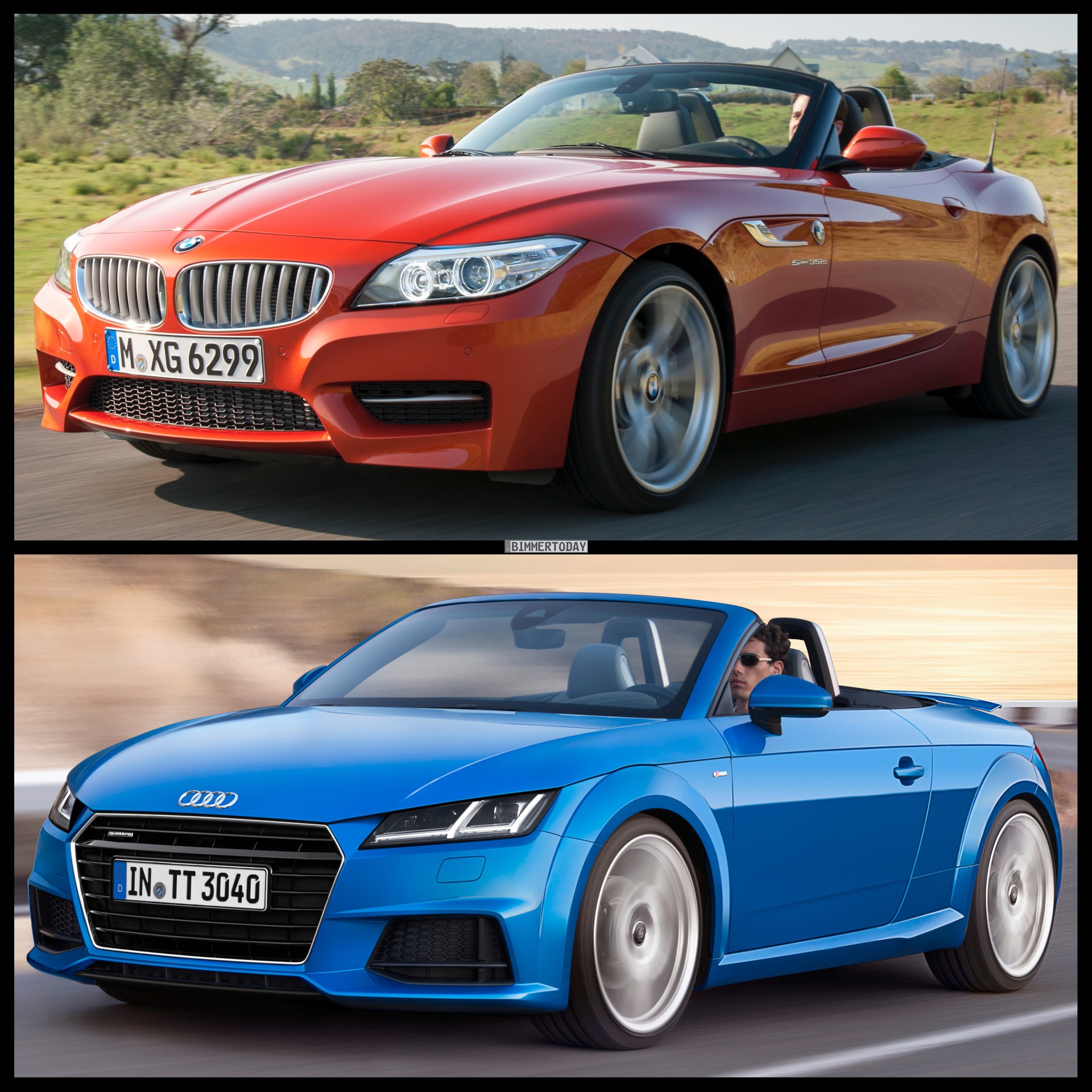 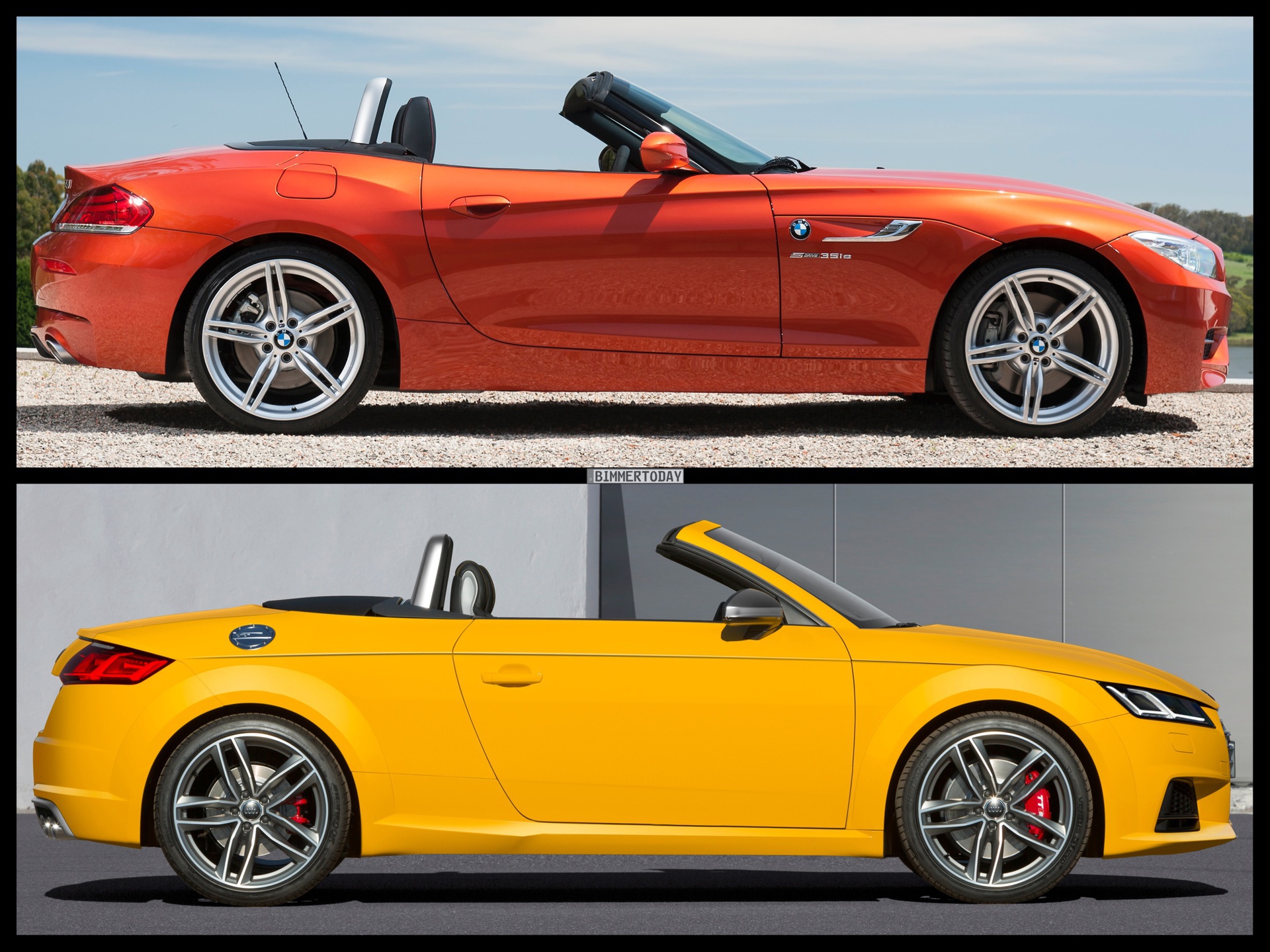 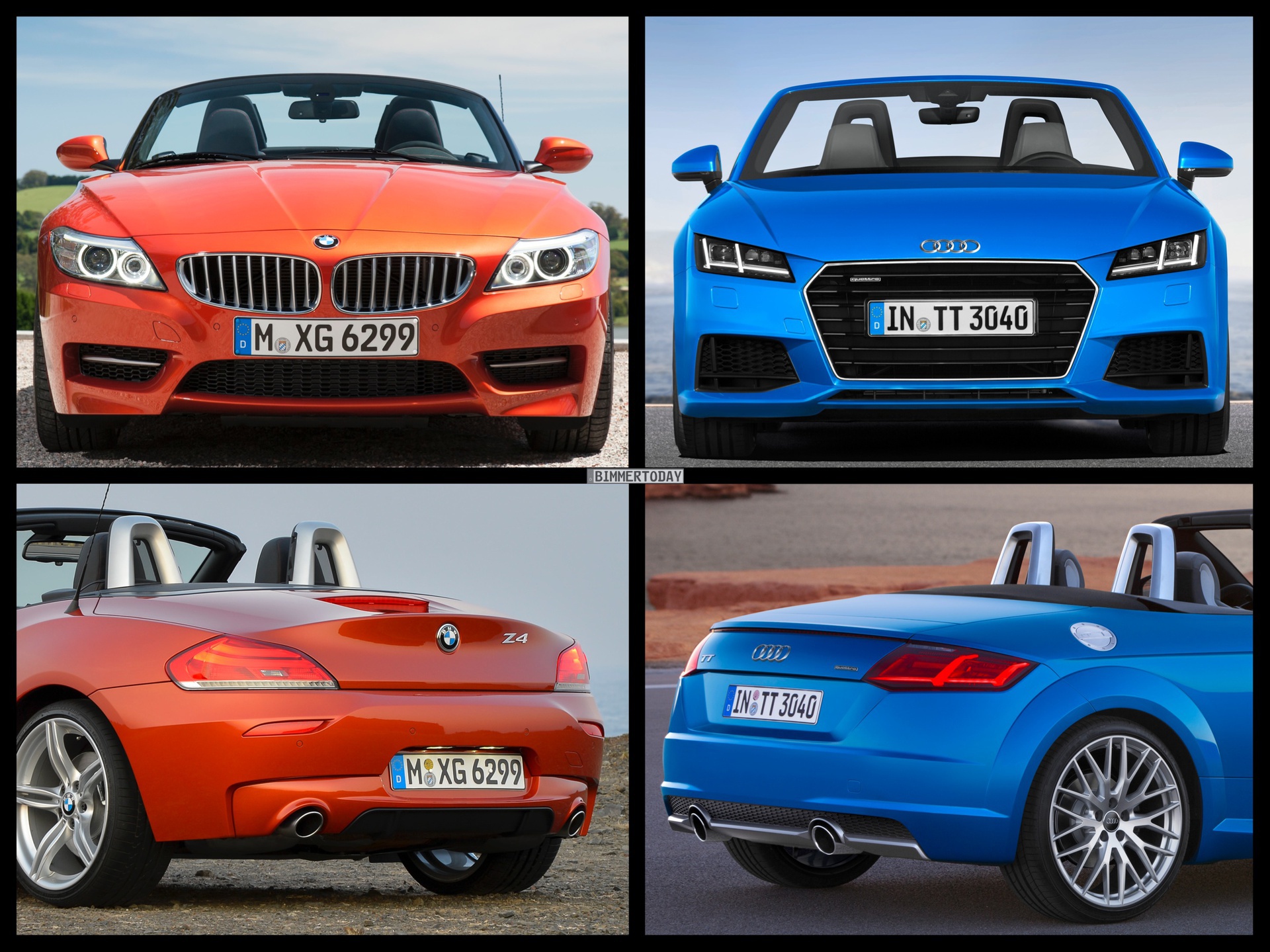 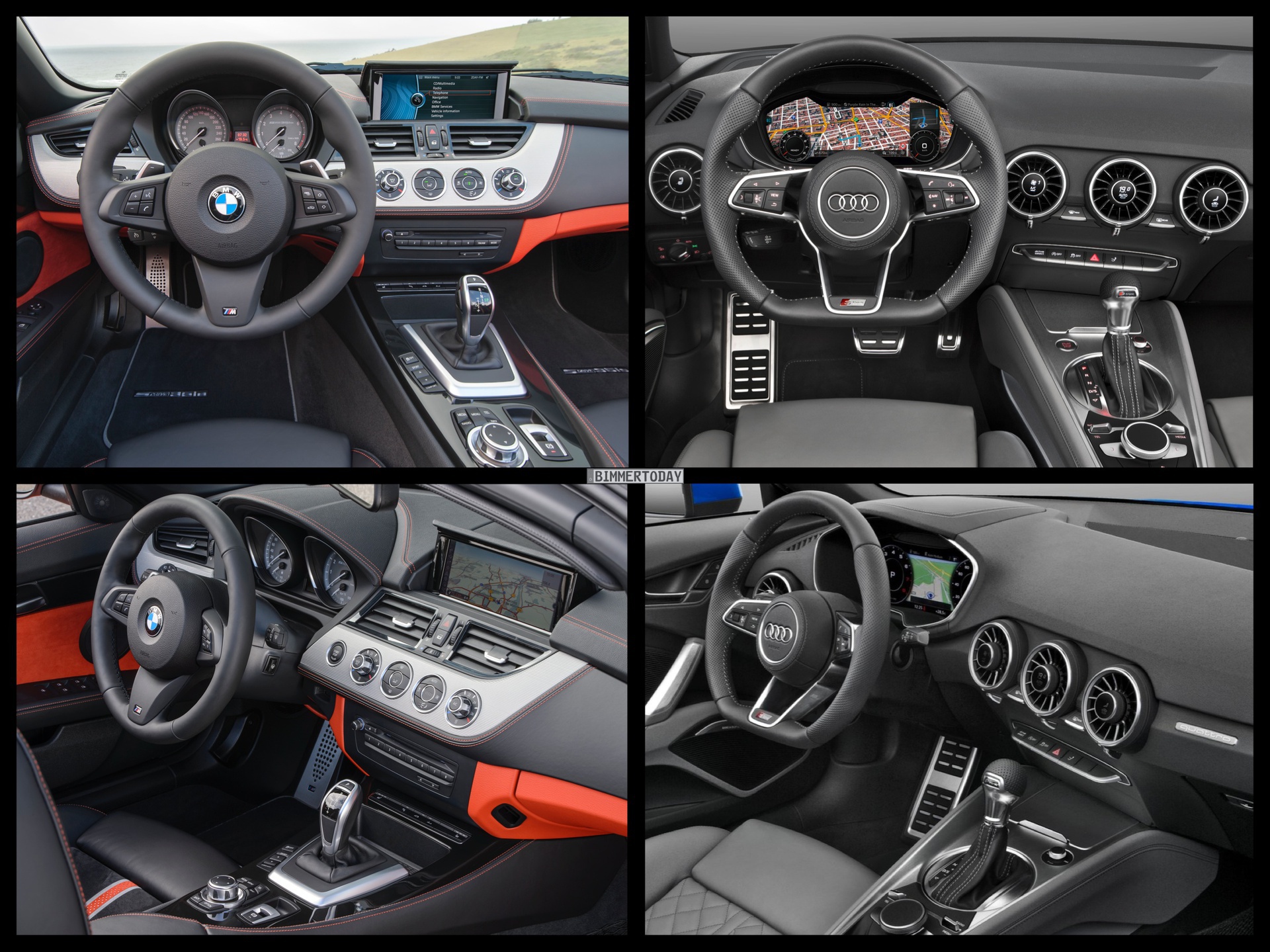